Delaware Botanic Garden Update, and How its Meadow is Managed 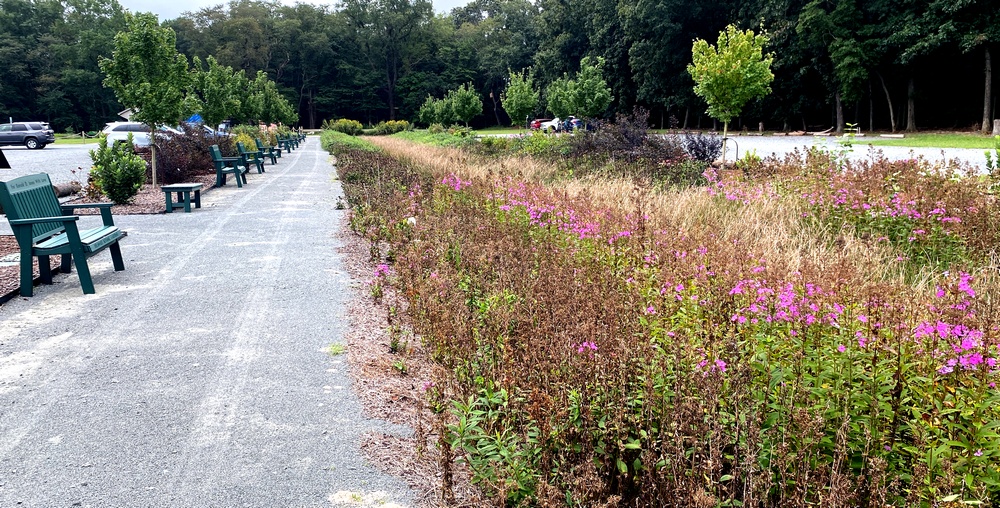 Five years after my first visit to the not-yet-open Delaware Botanic Garden (which I blogged about here) I returned recently to be utterly wow’d by its progress and the breadth of the vision of its creators. Not to mention the apparent fund-raising success on display.

Hard to believe the garden just opened in 2019. Here’s its story.

For example, the impressive stormwater management garden for the parking lot, above and described below. 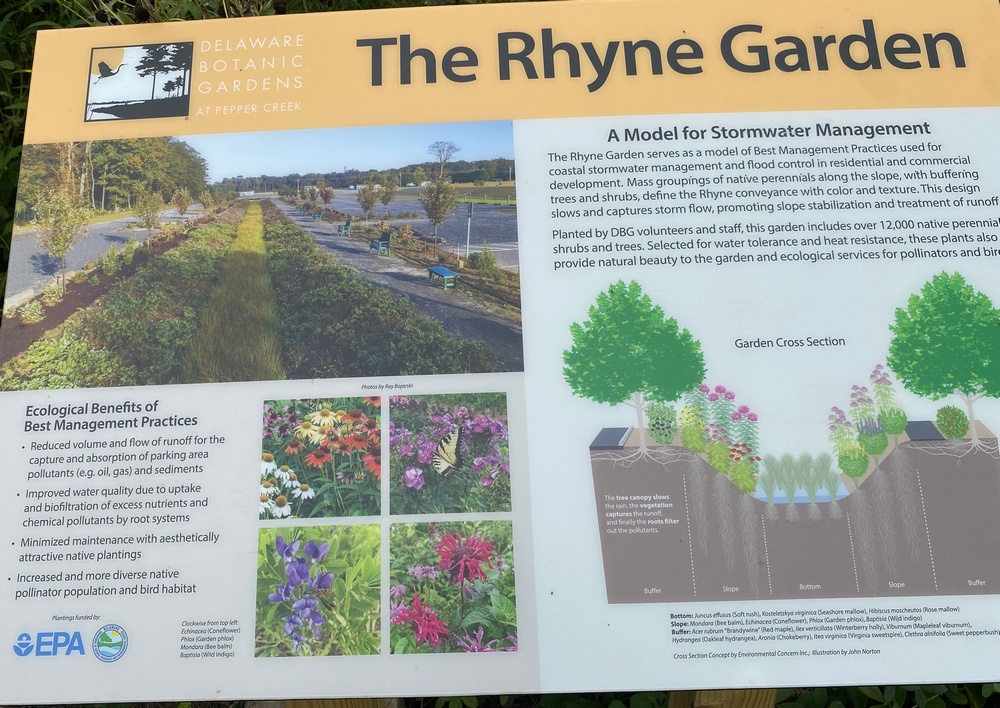 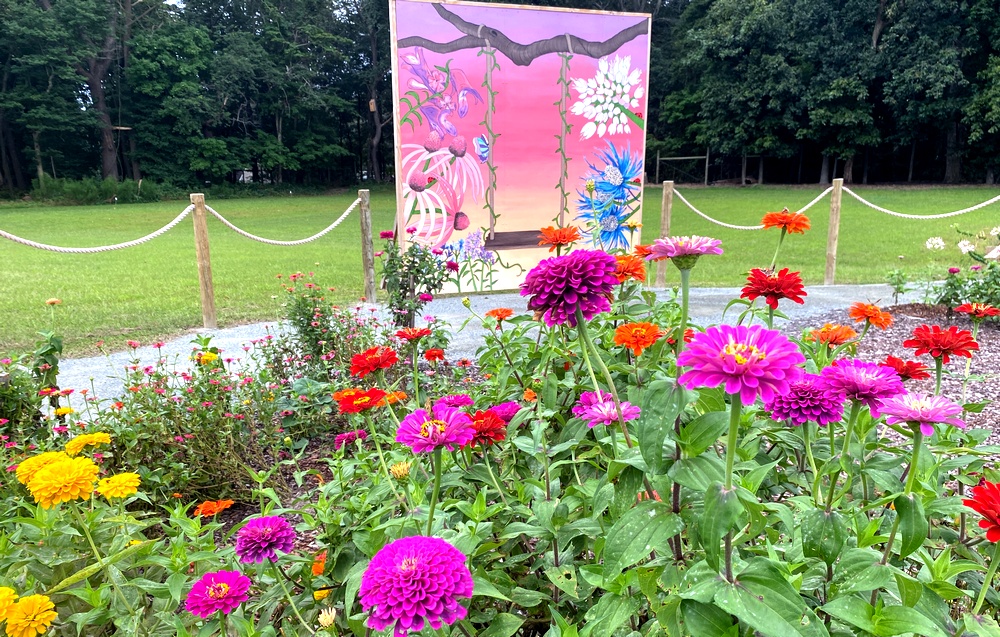 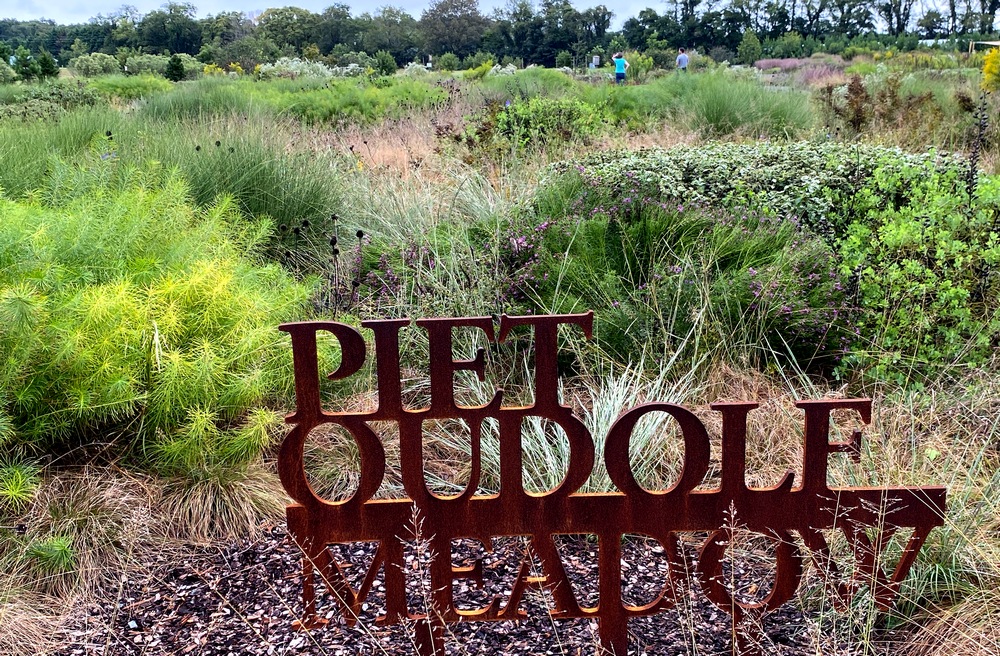 The crowning achievement of the garden – so far! – is the highly acclaimed meadow designed by Piet Oudolf and installed by dozens (or hundreds?) of volunteers. 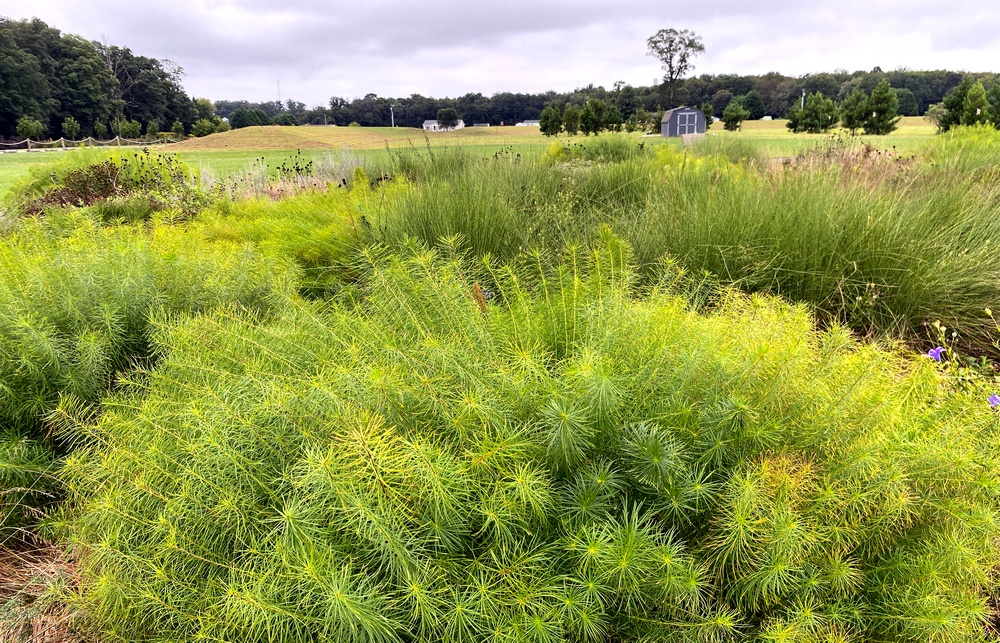 My photos are from mid-September, just before the Amsonia hubrichitii turns orange for dramatic impact and even better photos. I may return later this fall, for the Amsonia alone. 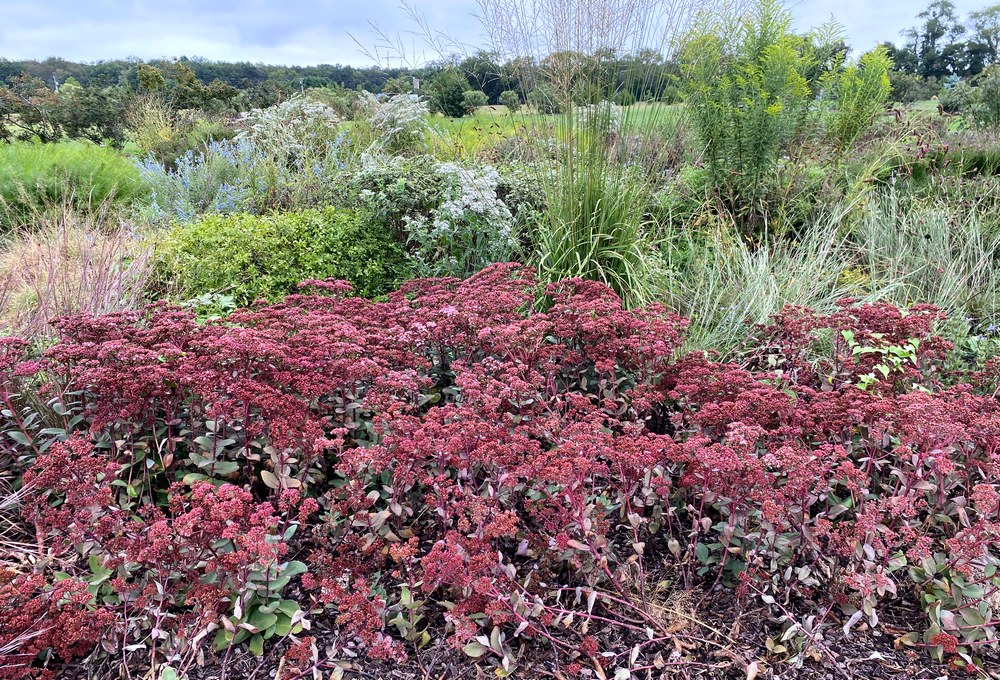 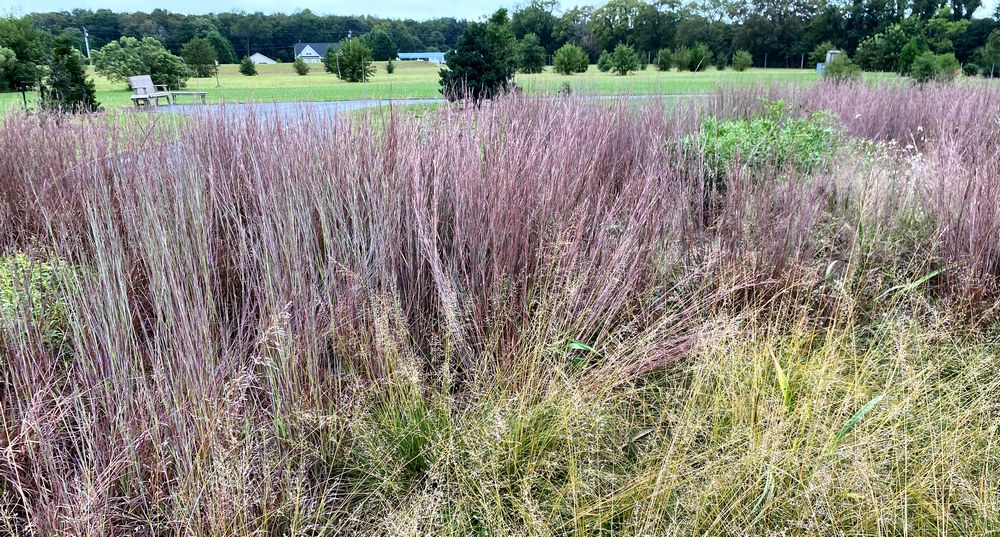 For plant names, try this link. 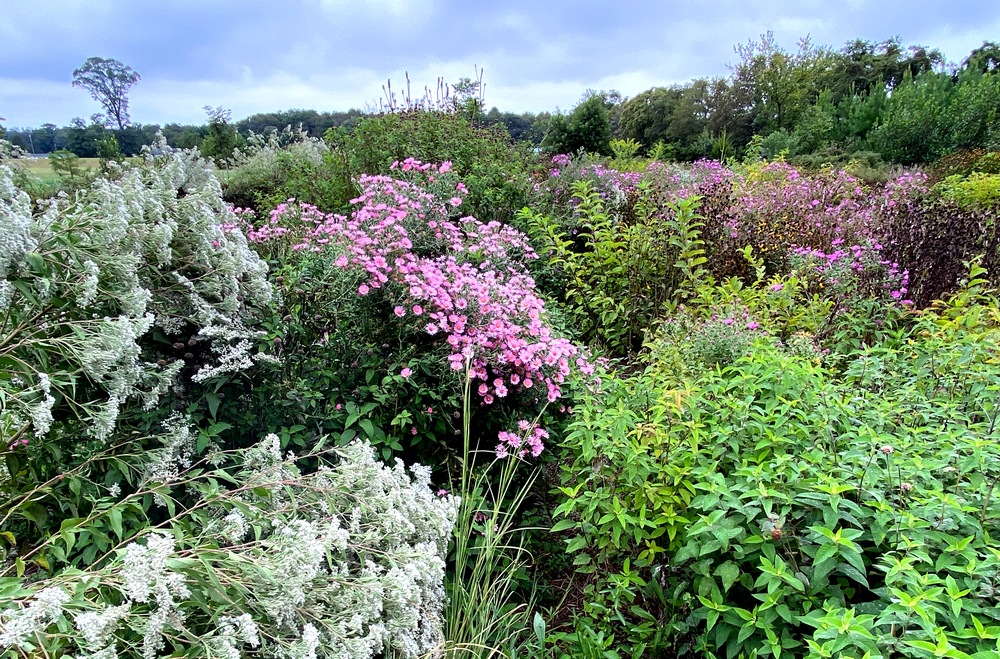 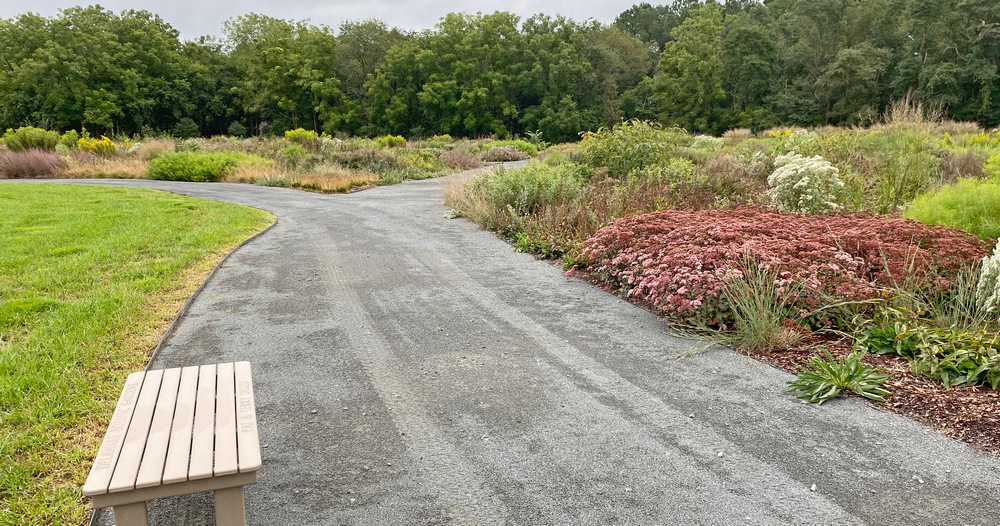 Paths through the meadow are nice and wide, and easy to walk on.

I emailed the garden’s Director of Horticulture, Stephen Pryce Lea, to ask how they manage the meadow, especially weeding and editing out of overabundant spreading by some plants, and he responded:

Here is how the strategy works at DBG – I cannot fully comment on how it has worked in previous years as I joined the team in March 2021.

The weeding in the first, second and third years have been challenging! Not just because of the space between the young plants but because of the surrounding meadows and fields that go to seed in the fall, sending thousands of weed seeds into our newly planted meadow. Also in years 1 and 2 the garden was not mulched to suppress weeds; we have recently began mulching with pine nuggets and letting the grasses cut in February create their own mulch.

This solution was to mulch heavily with bark and dried grasses and to weed regularly through the season. There are no pathways or bare area in the meadow and the denser the planting the less weeds will ultimately survive.

In my experience European gardens do not allow space between plants like here in the U.S. Piet’s designs, like many UK or European designers, plant so that perennials and grasses will grow together to suppress weeds and support each other as they grow.

The most persistent weeds are still a problem, with long travelling root systems these are almost impossible to remove. However, Piet’s style and design does call for a number of native wildflowers, many of which have that natural random spreading habit and has become part of how we control weeds and self-sown plants in the meadow.

For example, Liatris (Blazing Prairie Star) is one we have to remove and thin some of the seed-heads as they seed prolifically. Eryngium yuccifolium is another example that enjoys the sandy soils. Eupatorium are fantastic pollinator plant that appeared and this year we simply removed them before they went to seed. Sorrel has migrated across from the nearby fields and by targeting it early in the season, we’re keeping it in check.

Piet used a lot of ground cover grasses that, now established, have helped reduce the amount of germinating weeds.

Volunteers do have to be careful to navigate between the plants and occasional losses do occur (but fortunately, regrowth is fast).

In summary: My strategy, which I share with the team, is about finding a balance that works. A wildflower meadow will always have some weeds but we find the right time to remove those that are unwanted or aggressive. Adapting your technique to control them is critical and an ongoing element of gardening.

More to Experience at the DBG 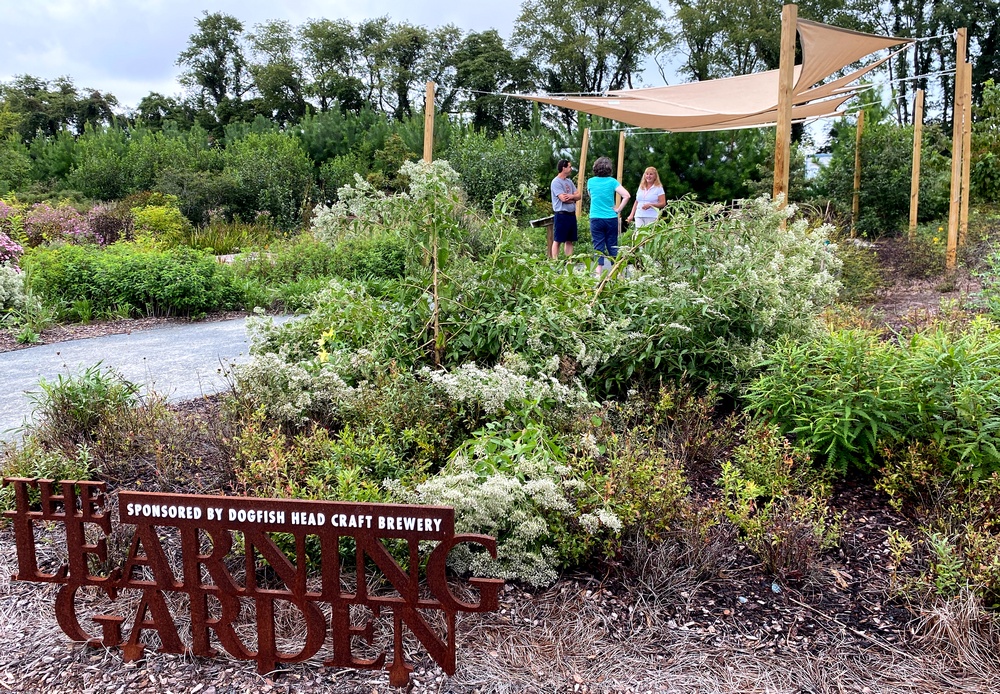 Signs like this throughout DBG crediting major donors don’t bother me at all.  In fact, I may be especially drawn to public gardens that are supported by their local breweries! And the signs in this garden are handsome amenities that are perfect for the setting. 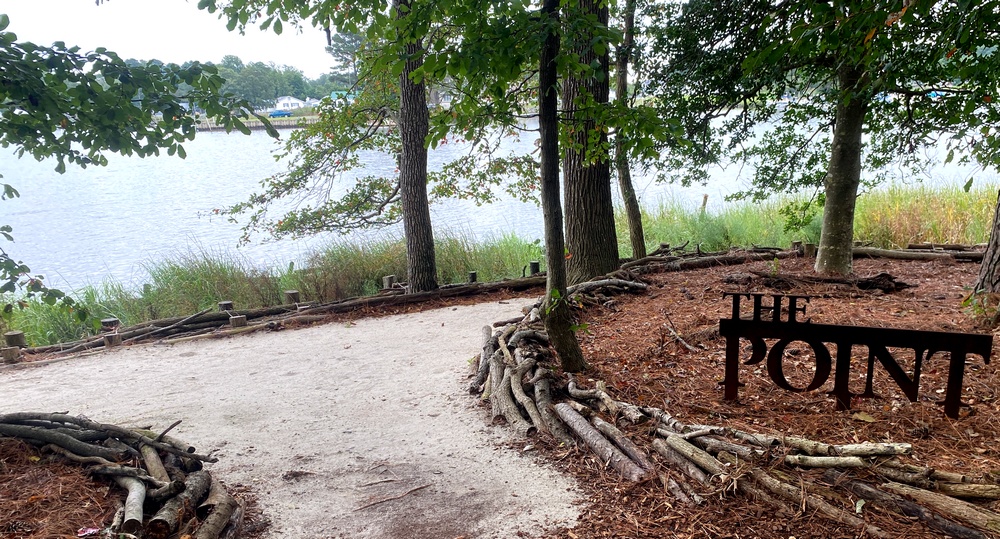 Throughout the woods there are large habitat nests (if that’s the right name) and apparently they inspired Marianne. 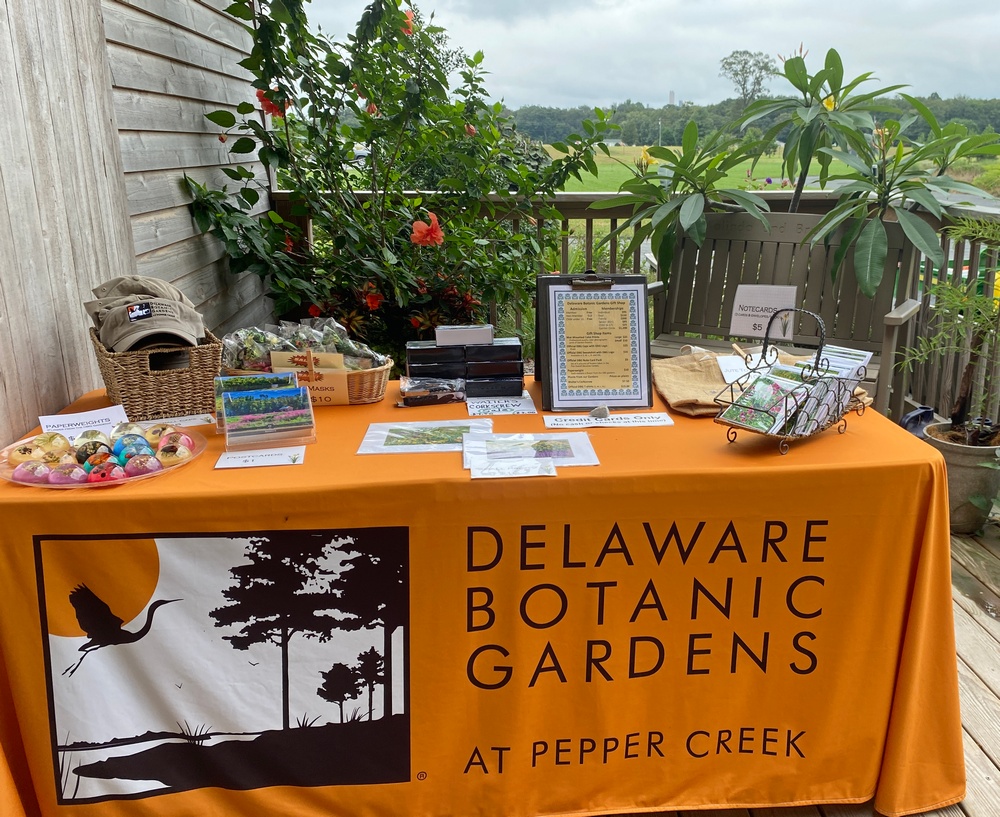