GardenComm, Thanks for the Blog-Writing Award! 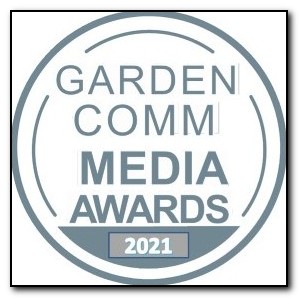 GardenComm, the professional association for garden communicators, made my day last week when they announced three winners of their blog-writing award and I was one of them for my rants!  (All the award winners are listed here.)

Which rants in particular? I wrote 39 posts for GardenRant during 2020, but these are the ones I pointed out to the judges for consideration – classic rants:

My other 36 posts covered things like gardens in the news or my own garden, but it’s the provocative, sometimes contrarian posts that GardenRant is known for.  After all, the original point of this blog was to be a safe place for opinions, including unpopular ones.

But the announcing of awards isn’t over yet. The gold winner in my category will be announced during GardenComm’s national conference next month, which unfortunately will again be virtual. 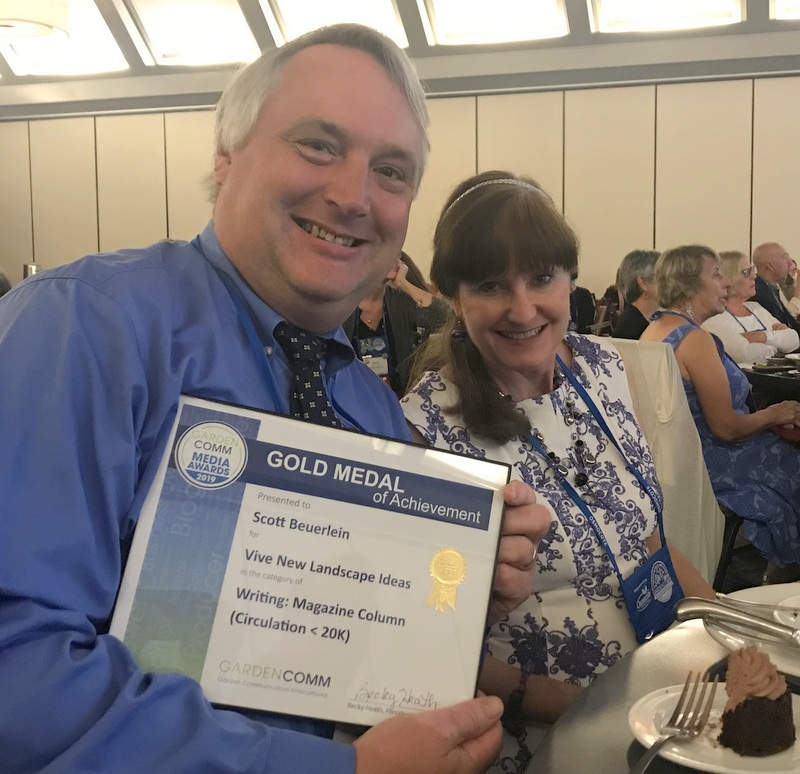 Scott and Michele Beuerlein at the 2019 awards banquet. He won two golds that night!

Marianne’s fabulous report from the Cultivate conference made me sadder than ever that we can’t meet – and party! – in person. When I wrote that in a comment, Carol Michel, co-chair of the whole awards shebang (thank you for your service!), saw it and replied “I think you’ll have a great experience. We even have a virtual trade show, complete with meet-up spaces! See you there!”

Okay, Carol, you’ll see me there. I’ll put on a party hat just for the occasion. I’ll even applaud the winner in my category, no matter who it is – because I know they’re all good writers.