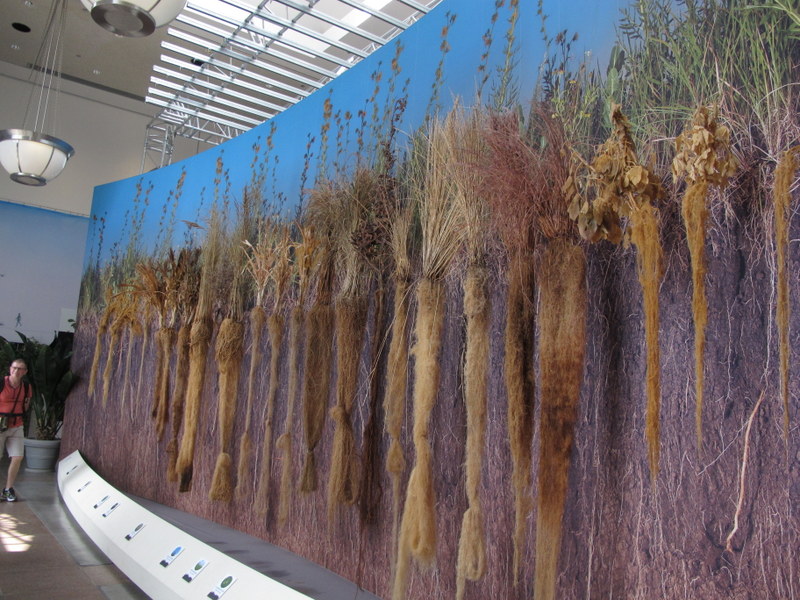 “Secret Life of Roots” exhibit at the U.S. Botanic Garden

Over my 14+ years of garden-ranting here, my number one target has been sweeping generalizations about plants – because they’re stupid and misleading.

On that subject, I recently signed a letter objecting to misstatements about native plants in my local newspaper by the city’s “environmental coordinator.” The statements we took issue with are here in italics, followed by our rebuttals. The only information we have about the author’s education is that he’s a Certified Master Naturalist.

Native plants generally have deep and extensive root systems that make them more tolerant to drought and other adverse conditions compared to ornamental and nonnative plant species.

There are plenty of shallow-rooted natives (most of the plants in this list, for example). And since all plants are native to somewhere, it makes no sense to contrast their root depth with “non-natives.” A statement that would be accurate and not overly simplistic is to contrast common turfgrasses with, say, prairie grasses. 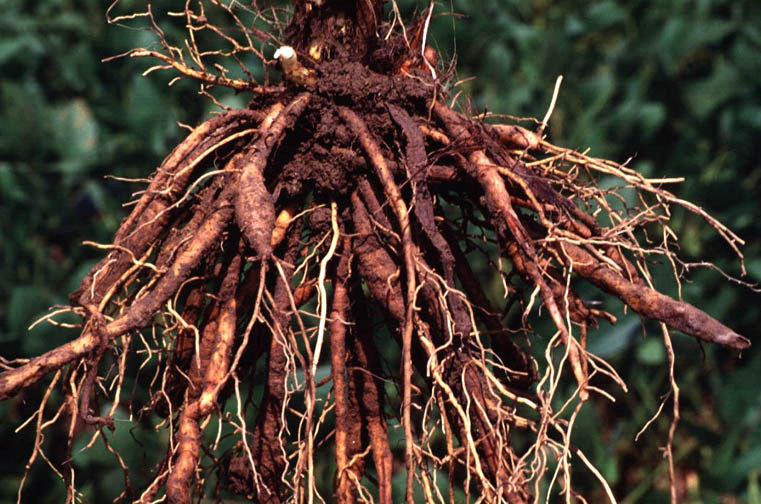 What our letter didn’t say on this point is how ridiculous the claim is, which could only mean – if true – that plants have deeper roots where they’re native, right? So hosta roots grow longer in Asia than they do here or in Europe, where they’re nonnative? Amazing!

Native plants also aid in stormwater management. Adding native plants to a landscape helps to slow down stormwater and increase infiltration to recharge groundwater sources, filtering the water as it percolates through the soil.

In other words, none of that is specific to natives. It’s just what plants do. 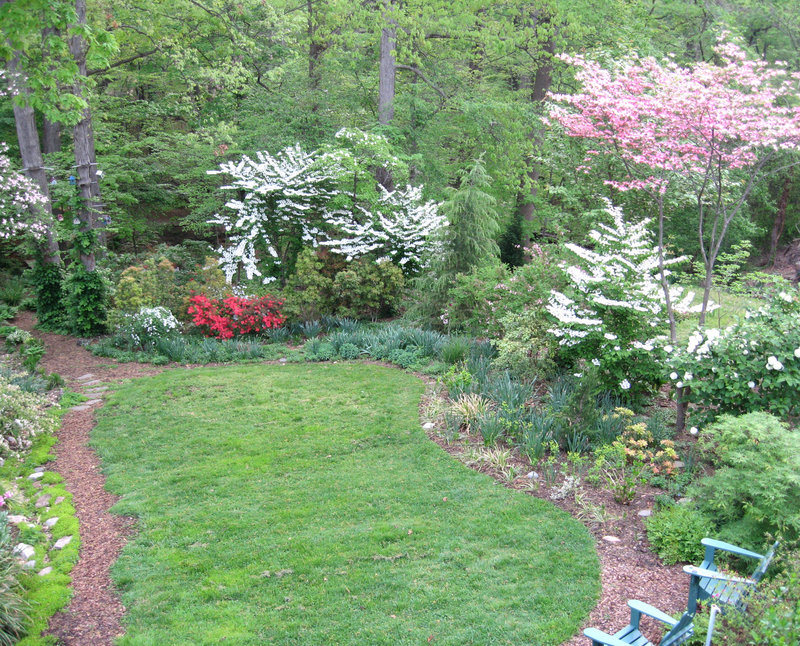 Turfgrass No Better than Concrete

We often think of impervious surfaces as asphalt roads and parking lots or concrete sidewalks, but turf grass, used in lawns and general landscaping, acts as another impervious surface. Turf grass has shallow roots that create thick mats just a few inches below the soil. In heavy rain, stormwater will sheet and flow off the grass like it was concrete…”

While it is true that most turfgrasses have shallow roots, they still hold more stormwater than concrete!

To bolster sheer common sense – that turfgrass can’t possibly be literally impervious, like concrete – I offer an example from my garden of 26 years, the back yard shown above. Trust me when I say that this lawn was on quite an incline – steep enough to make mowing difficult – and most rains sank in, rather than sheeting and flowing downhill.

It may be, as some sources suggest (sorry I don’t remember which) that studies of turfgrass imperviousness are based on its performance in extremely compacted soil. So blame the condition of the soil, not the plants being forced to grow in it.

Native plants will cost less money in the long run compared to ornamental and nonnative plants that require more direct input to survive.

We don’t know of any evidence for this generalization.

I suppose it could be true, but in my decades of gardening it’s hard to imagine plants requiring less “direct input to survive” than, say, hostas or spireas.

In our letter we went on to suggest that “writings on environmental topics by city employees be science-based, and even better, that the sources be identified…For our region, we’re fortunate to have several of the very best Extension universities in the U.S. and we recommend them as your go-to sources: UMD, NC State, Penn State and Cornell.”

Curious as to where the environmental coordinator was getting his (mis)information, I googled “native plant deep roots” and found examples like these, that make total sense:

From the State of Minnesota, deep roots are attributed to prairie grasses and Minnesota native grasses, not the overly broad “natives.” Another agency in Minnesota wisely says simply “Many native plants have deep roots.” See, it’s so easy to get it right!

And the U.S. Department of  Agriculture keeps it regional: “The deep root systems of many native Midwestern plants increase the soil’s capacity to store water.”

The U.S. EPA contrasts natives v. nonnatives in Kansas. So far, so good. But unfortunately its text veers far beyond the State of Kansas: “Native plants have deep roots which can penetrate the native soil to depths of up to 16 feet! During the dry summer months native root systems reach deep into the ground to find water, which is why native plants are more drought resistant than non-natives.”

I wonder how many researchers and writers have been misled by this one website alone. I mean the EPA’s a reliable source, right?

There are plenty of other reputable sources that overgeneralize or, like the local writer who prompted this rant, list attributes of natives that aren’t specific to natives but apply to plants generally. Misleading, at best.

Having noticed so many authoritative sites recommending only native plants for rain gardens, I’m betting they’re contributing to the misimpression that native plant roots are deeper – across the board. Penn State is one example: natives only, with no explanation as to why.

Though now that I’m googling it, I find that Home Depot’s rain-garden plant list includes nonnatives, as do lists created by The Spruce, Almanac, and Fine Gardening.

But I think that Michigan State puts it best:

The plants selected for the rain garden may be native or have extensive root systems that help the garden absorb the rain water. Native plants are often selected as they do not need special care, are resistant to most insects and diseases, and attract beneficial insects. Non-native plants can also be used, as long as they are not invasive.

See, you can still get in a pitch for natives – by saying that they attract beneficial insects and resist most insects and diseases (again, avoiding overgeneralization) – without spreading confusion and misinformation about plant groups.