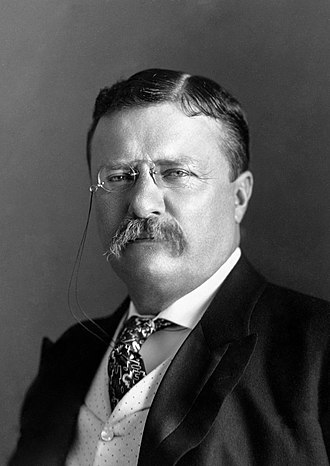 Whatever may happen over the next months and years, this has surely been a memorable past few days, and I have been as caught up in them as anyone. It makes me think of the types of policies I would hope for, particularly in terms of the natural world—how we live in it, use it, and change it.

But it will take me a while to formulate those hopes and speculations. In the meantime, I found this list of the 10 greenest presidents, compiled by the Daily Green website. It was kind of amusing and interesting, regardless of whether you buy their reasoning. Here’s the line-up in a nutshell:

10. Kennedy looked into the use of pesticides and laid the foundation for the EPA. His nephew is doing more.

9. Wilson oversaw the creation of the National Park Service.

8. Johnson was married to Lady Bird—that’s the main thing—but he signed the Wilderness Act and expanded mass transportation.

7. Lincoln set aside Yosemite as a public trust and created the USDA.

4. Considered disappointing in this regard (when you think of who was VP), Clinton did establish many national monuments, more than any other administration, and blocked offshore drilling, along with other achievements.

3. The brilliant and fascinating Jefferson was an avid botanist and naturalist, and believed small farmers were most in harmony with nature.

2. Carter had solar panels in the White House roof and championed energy conservation in ways that went beyond bundling up, establishing the Department of Energy, CAFÉ standards, and many other conservation and environmental clean-up policies and acts. He still promotes green building in his work with Habitat for Humanity.

1. Theodore Roosevelt created the U.S. Forest Service, 50 wildlife refuges and five major national parks, and was constantly after Congress to do more.

The rankings are arguable, and you could certainly point to environmental atrocities that occurred under all these administrations. Nixon and Johnson, in particular, did not seem terribly concerned about the environment of Southeast Asia. However, it’s interesting and it makes one wonder what our new president will do—and where he will wind up in such a list.