Restoration Ecologists and Horticulturists Need To Work Together 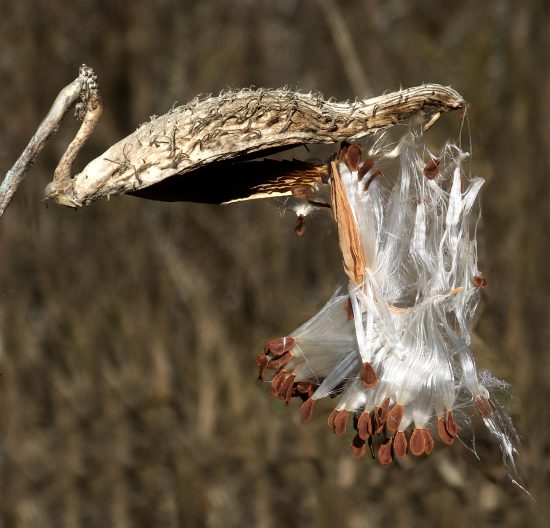 I haven’t written for this site for quite a while, but today, nothing but a rant will do.

In recent years I’ve become an enthusiastic advocate of incorporating ecology into our gardening.  That was not always the case.  My training as a horticulturist came during the era of “better living through chemistry,” and it was only a decade or so ago that, under the influence of ecologists such as Douglas Tallamy, I came to understand that insects were not the enemy but rather an essential element of garden wildlife and the natural food chain.  With the encouragement of ecological landscape design pioneer Larry Weaner, I’ve explored how a better understanding of ecology can help me create more sustainable, less resource intensive landscapes that are an asset to the local environment.

It was in this spirit that I joined an online symposium a couple of weeks ago that was focused on creating supply chains for seeds of locally-adapted, species-type native plants (or local “ecotypes” as the ecologists call them).  Increasing the availability of locally adapted, seed grown native plants is a cause I support strongly, as such plants commonly offer greater benefits for pollinators and other wildlife and typically flourish with fewer inputs from gardeners.

The other attendees of the symposium seemed to be entirely restoration ecologists and ecological activists.  In light of that, I thought it worthwhile to mention in the “chat” how deeply disappointed I had been by the seed-grown, local ecotype plants I had purchased this past summer from two ecologically based organizations.  The plants I received in return for my money were spindly, weak, and sometimes worse – there had been plastic cells that contained nothing but growing medium as the plants in them had apparently died.  I suggested in the symposium chat that this ecologically focused movement would benefit from the input of horticulturists who understand nursery production and how to grow robust plants from seed.

Most of the other participants in the symposium ignored my suggestion, even when I repeated it.  One invited panelist did subsequently confront the issue head on, expressing his belief that the people involved in growing plants from such seeds had to decide whether they were going to just practice a “sophisticated form of horticulture” or whether they were committed to genuine restoration ecology.

I found this comment curious, as I had in the past interviewed this same person for my Growing Greener radio show and podcast.  This man told me then he  had made a career of managing a nursery for the city of New York that grew native plants from locally collected seeds for use in the city’s landscaping projects.  He described to me in the interview how his artificially propagated plants were inserted in large numbers into New York parklands and remnant wild areas.  In sum, he had been a very active promoter of sophisticated horticulture, as well as a practitioner of restoration ecology.

I mention this story because I think it highlights a real problem with the ecological restoration movement.  As ecologist Douglas Tallamy has pointed out, we need to get private gardeners on board.  There simply isn’t enough habitat to support a healthy ecosystem nation-wide unless we move beyond parks and sanctuaries to include private lands as well.  And the advocates of locally sourced, seed-grown native plants aren’t going to impress private gardeners if all they offer is the sort of garbage plants delivered to me last summer.

My observation over a long career of working with plants is that there is a tendency among theorists to disdain those who have focused on practical skills. This is certainly true in the field of ecological restoration.  I remember 30 years ago being attacked by a young ecologist from the Lady Bird Johnson Wildflower Center who charged that gardeners such as me were the greatest threat to native plants.  Why?  Because we were moving ecotypes around, and polluting local gene pools.

There was some truth to what she said in that gardeners, especially back then, were not focused enough on the provenance of the plants they were purchasing and were not doing enough to maintain genetic diversity in native plant populations.  To insist that this was the greatest threat to native plants, though, in an era of climate change, introduced pests, competition from invasive plants, and outright habitat destruction, was absurd.  I suspect that  young ecologist was feeling defensive because so much of her employer’s mission – to restore populations of wildflowers nationwide – lay in the practice of horticultural skills she did not possess.

If we want to make this ecological revolution among gardeners and land managers work, we need not only theories – although scientific insights are fundamental – but also expertise in translating theories into reality.  As a horticulturist, I understand how essential it is for me and my colleagues to learn from ecologists.  Do the ecologists and activists understand that they also need our help?  Too often, in my experience, they do not.