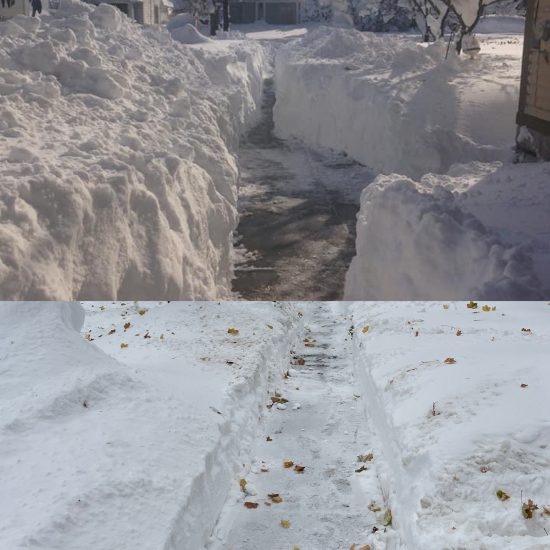 In Western New York, we had what we like to call an “event”  last weekend. There was a great explanation of what happened in the Washington Post on Thursday, November 17, the day it hit us:

Lake-effect snow forms when dry, freezing air picks up moisture and heat as it moves along warmer lake water. This causes some of the lake water to evaporate into the air, causing the air to be warmer and wetter. As the air cools and moves from the lake, it dumps all the moisture on the ground.

That’s what occurred. Some areas of our region, the ones to the south, were dumped with a good 80 inches of  lake-effect (just learned this has to be hyphenated) snow, while other areas, including where I live, got, at most, three feet. (You can see the difference in the 2 images above; my sidewalk is the bottom one.) Three feet probably sounds like a lot to many of you, but we consider it a significant, but manageable amount. 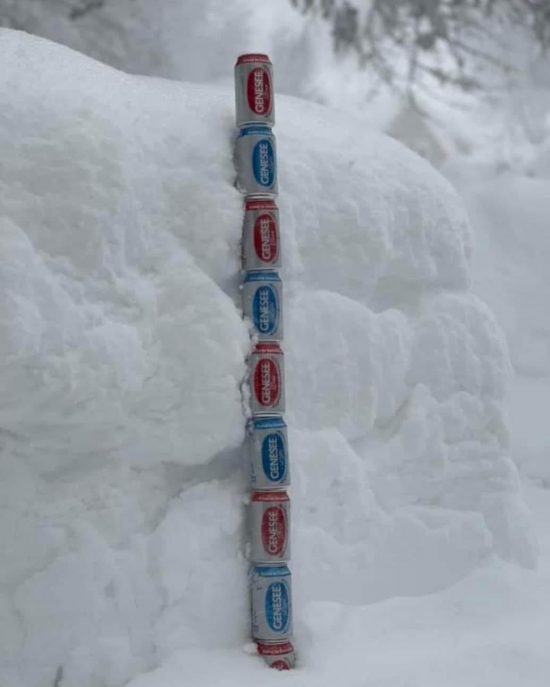 Most of the “Buffalo snow” memes floating around social media over the weekend referenced an area a good half hour south of the actual city of Buffalo, but this is common. 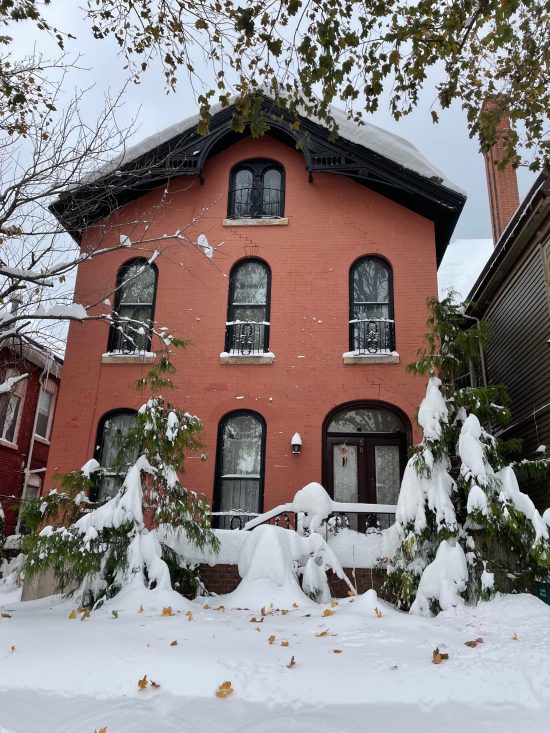 Picturesque, but not impressive accumulation

It’s weather, which we all, as much as we’d like to deny it, find endlessly fascinating and extreme weather is the most fascinating of all. (We had guys from the Weather Channel in town.) It ought to be noted that of all the extreme weather events that could happen – tornadoes, hurricanes, tsunamis, heat waves – snowstorms are among the most benign, as long as you’re in a heated place of shelter and stay there. I won’t even get into wildfires.

For my part, as we move into December and look ahead at the winter months to follow – through most of March, anyway – I’m glad to see the garden covered up with the white stuff and would be just as happy to see it stay that way for the whole winter. (It won’t, unfortunately.) The snow is insulating, protecting from frigid temps and wind.

Most of here in gardening-mad Western New York are ready for the rest from outdoor gardening. I know I am. There are plenty of other things to do – besides work – like read, take lovely winter walks and look after the houseplants and the couple hundred  tazettas, hyacinths and tulips I am forcing indoors. Oh, and order seeds and plants for the season to come.

It’s also a great time to get excited about snowstorms; it’s kind of fun to be snowbound, though storms need to be serious to cause that here.

This is a time of year – for us, anyway – when weather is as much a spectator sport as football and hockey.