How to Plant a Border. (or not) 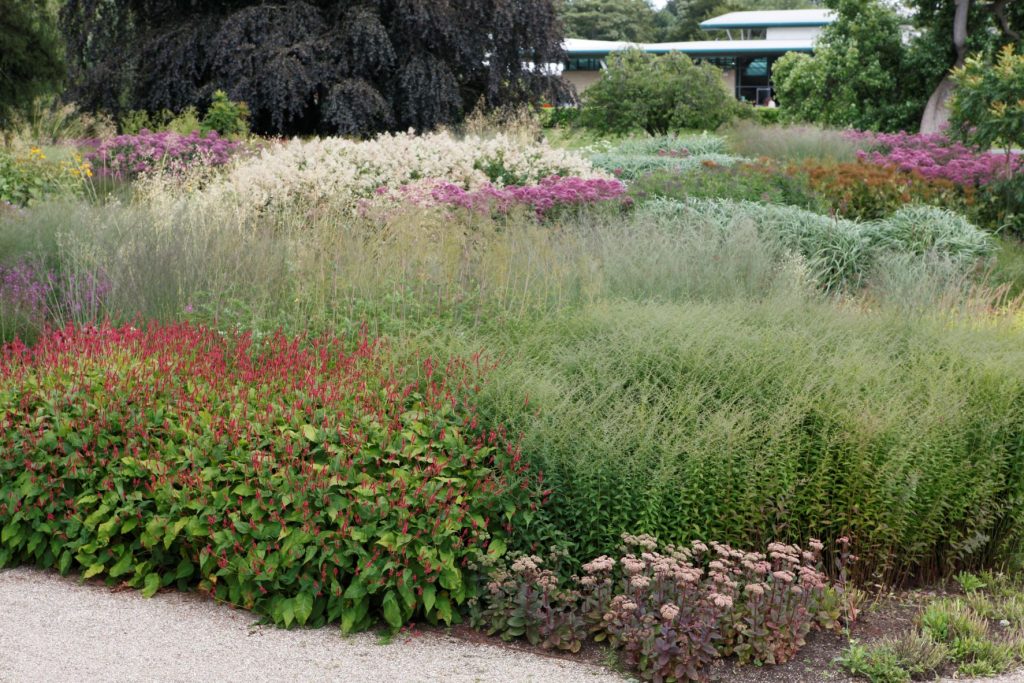 Well, I asked what else I could possibly offer which might help fellow garden makers and got this :

Border design: specially do I have to follow the file of tall plants in the back, middle height in the middle, and low plants in the front to get the layered look? If not, how do I still make it look good?

So I had a think. And then many thinks. How had I done my borders and had I followed that oft repeated rule?

It was rather like discovering all my bad T junctions – I was surprised to find that I didn’t seem to have any borders with different sized plants arranged in layers of height. Or indeed, in any layers. They seemed rather to be flat, except where (frequently) the land isn’t flat.

Flat is possibly fashionable. Meadows are very in and tend to look flat – prairies too? Also see the major designers’ work: 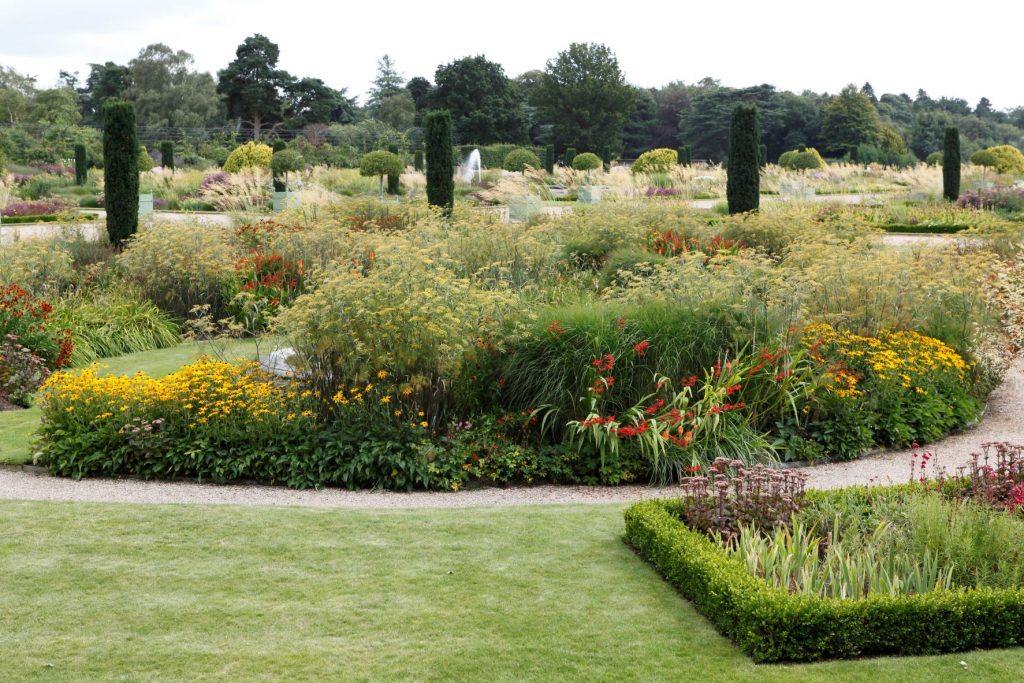 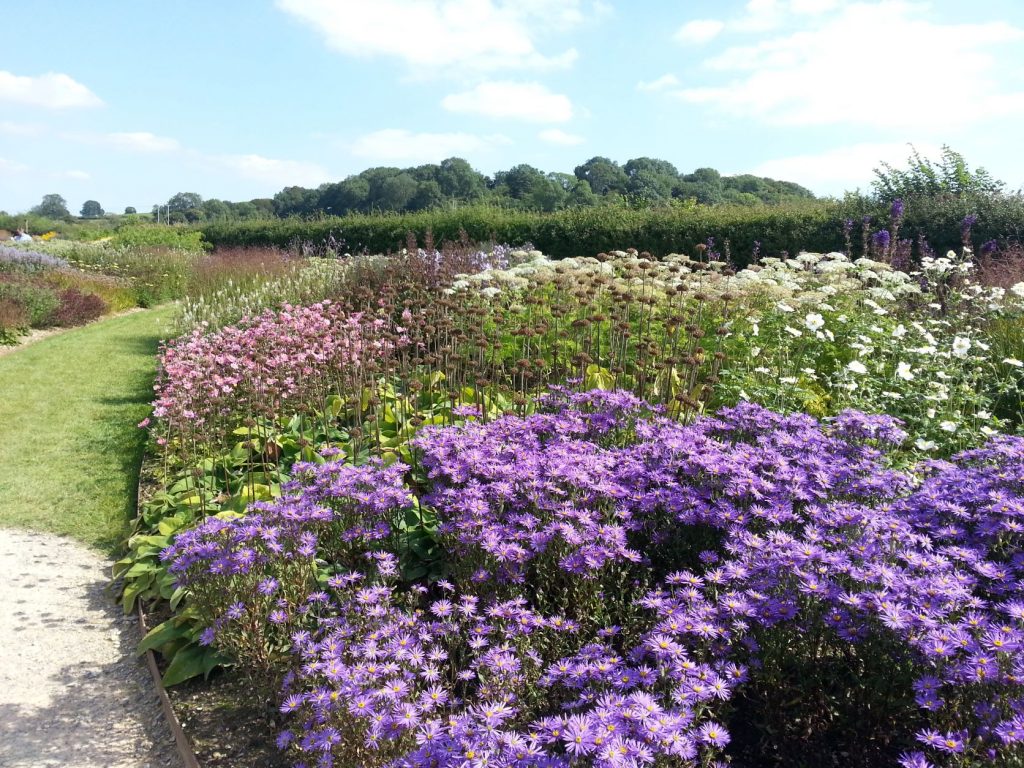 So if you don’t want to do that layering thing – think flat.

I have really very little idea about what I did originally.

But I didn’t set out to be flat.

I read all these books and more. 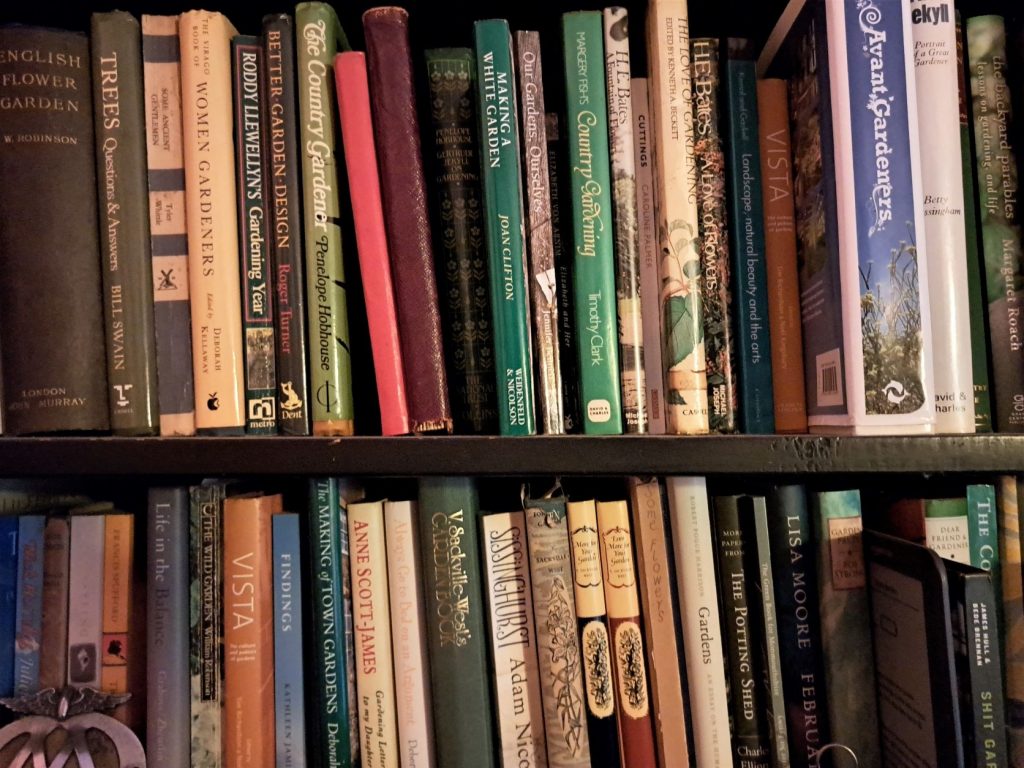 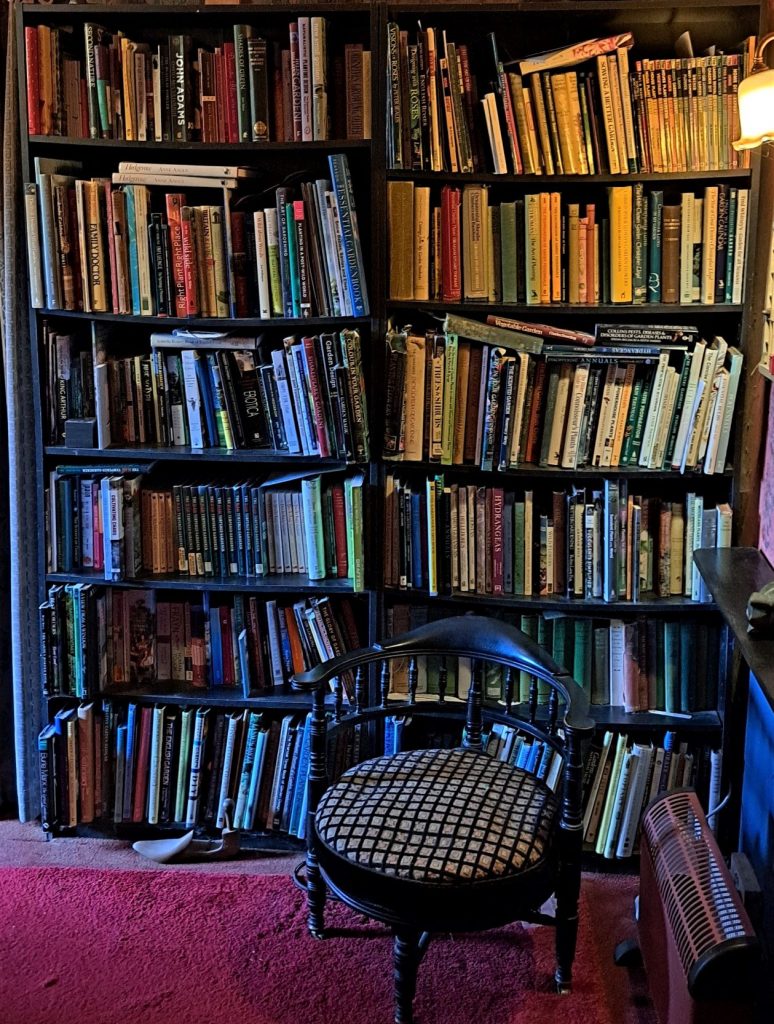 I tried to understand about colour and have several books which should have helped me, but they didn’t. Two of them offered pairs of plants which should work together and not one pairing was useful to me. Nor were ‘planting plans’.

I have not had help from a designer (unlike some people I could mention…) so my beds and borders were never made all at once to a plan. Neither were Christopher’s Lloyd’s, interestingly, as his mother got there first. So he, like me, must have done what I do primarily: look, look again, look in a different season and think – what does this border/bed need?

The Crescent Border is the one most in our faces during spring, summer and autumn, being in front of the terrace and conservatory, so let’s think about that one. I have no idea how I started planting it and our photographs are not much help. I grew things from seed and received any random plants gratefully, so somehow things got filled in slowly. 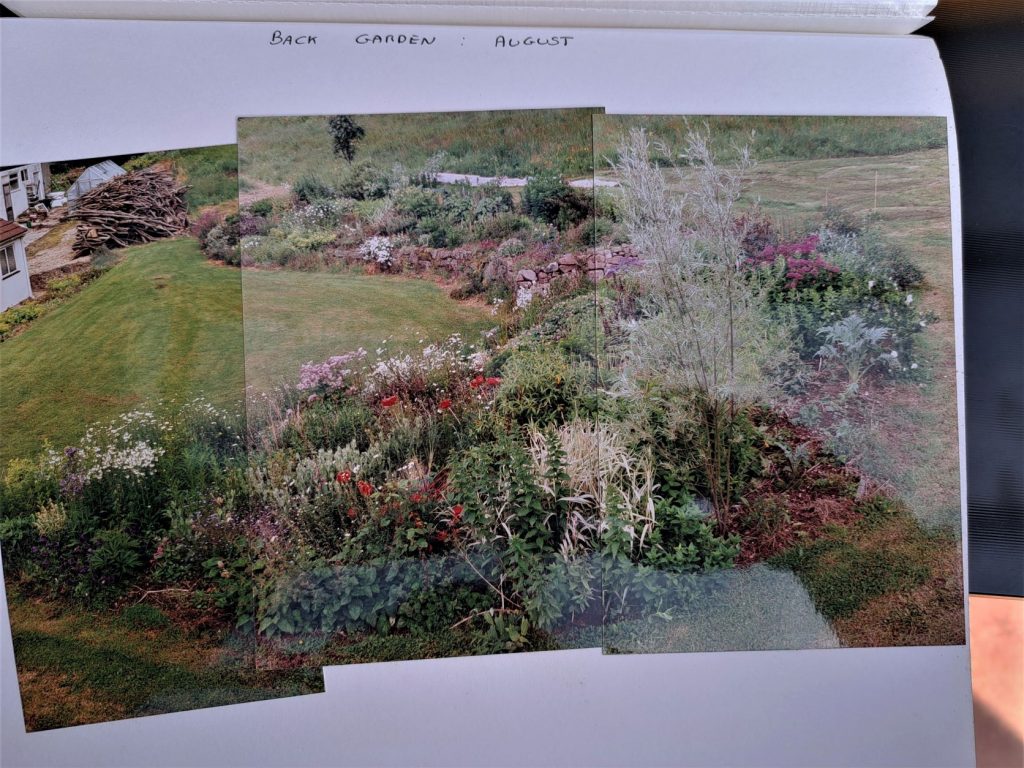 And here’s that other garden maker, just in case you were missing him: 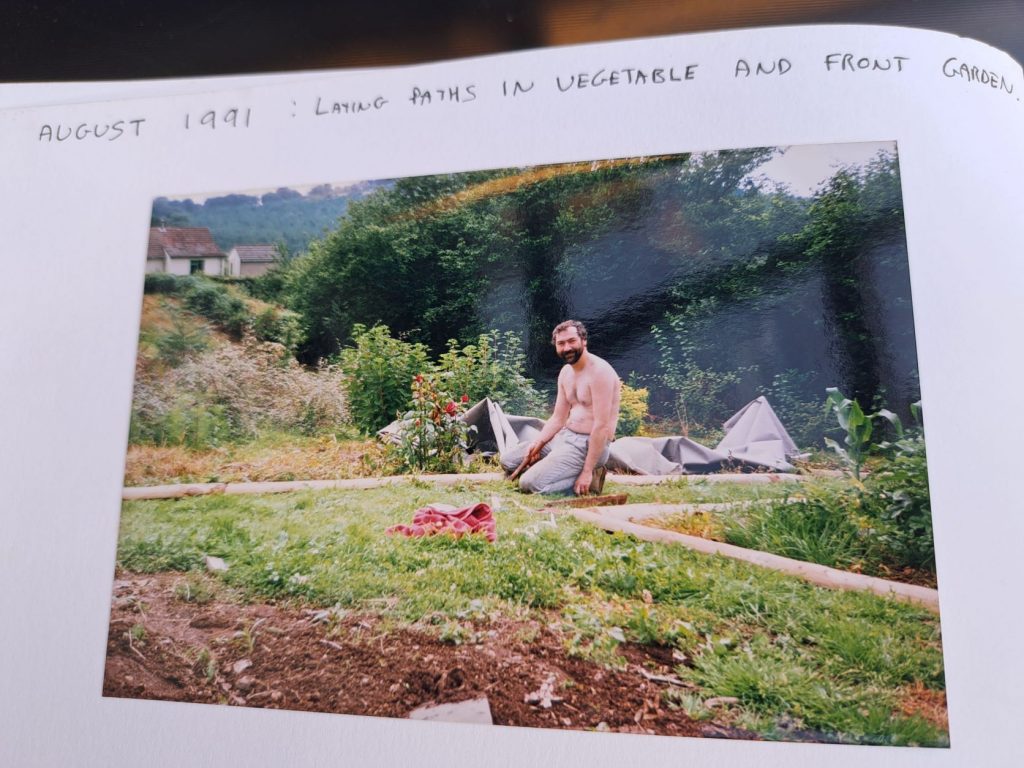 I would suggest that if you’re starting with an empty bed/border (a rare delight and challenge) it possibly doesn’t matter what you begin with. There’s a place for annuals and other people’s cast offs at this point. This is where you start looking and seeing what’s needed to make it better. Be brave and also ask people how they see it and what they would add or take away.

I once had help from the famous photographer, Andrew Lawson, who, when I asked what was wrong with the Crescent Border told me it had too many little leaves; it needed some contrast. So that became part of my looking and thinking. I added hostas, which haven’t liked it much, and some Fatsia japonica, which are slowly managing to make a fat leaved impression. 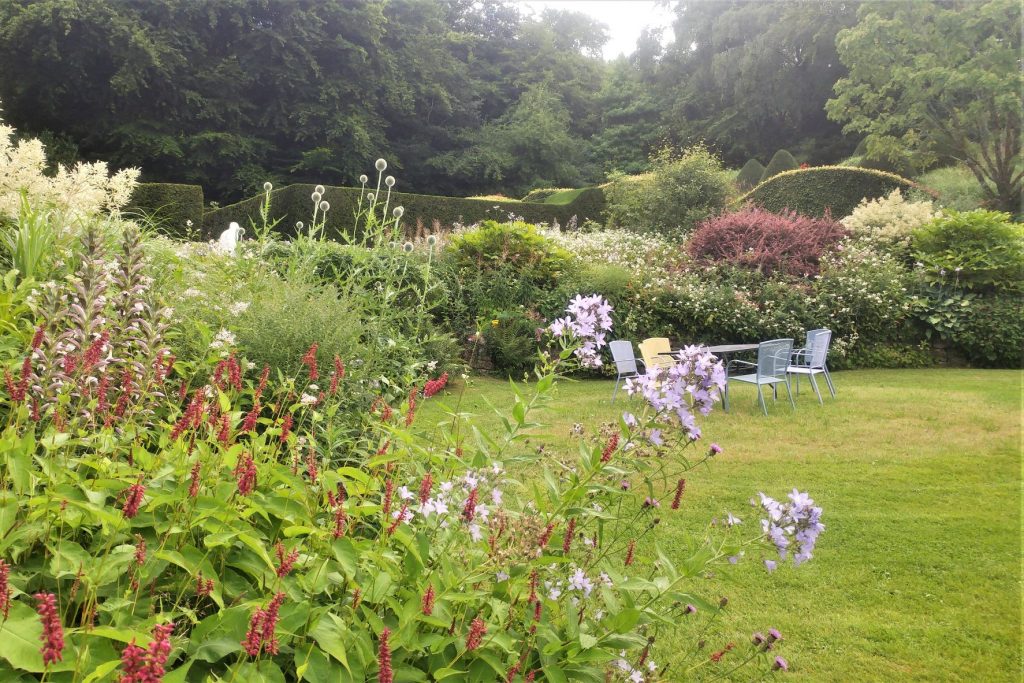 I started this border about 35 years ago. And I work on it continually – I wrote about some of the failures and attempts to improve it here. https://gardenrant.com/2021/06/scheming.html

Next year it will finally arrive, looking just right, all season. Yes! (as if)

It may have become obvious now that my choice of plants is  totally influenced here by the need to keep things flowering or at least offering lively colour or that peculiar thing universally called ‘interest’. Don’t we all want that? The lower plants I have at the front are not about grading the levels, they are about starting things going in the spring, when plants have not had time to get big. They could be anywhere in the bed/border at this time.

The critical thing is possibly to keep a mix, so that whatever is looking good is spread through the bed. Repetition is absolutely vital and I think that ideally I would always have a spreader (otherwise known as a thug) running through, helping to bring things together. See that scattering of white flower above – it’s a runner, Persicaria campanulatum. I have an aversion to walking along a border thinking ‘o, one of those and one of those and ah, one of those..’.

And one big thing that has made an enormous difference to how I plant now is the internet. Instead of wandering the world randomly acquiring plants which I happen to come across, I can now search in my books and online for whatever my looking and thinking tells me is needed (eg it could be something red, late summer, perhaps) and then usually find a source. If you’re short of the readies, the source may be seeds.

The biggest thing to do though is look and think. And ask people to be critical: they may open your eyes to just what is needed. If they say ‘it’s lovely,’ sulk. It’s the most boring response to a garden in the world. 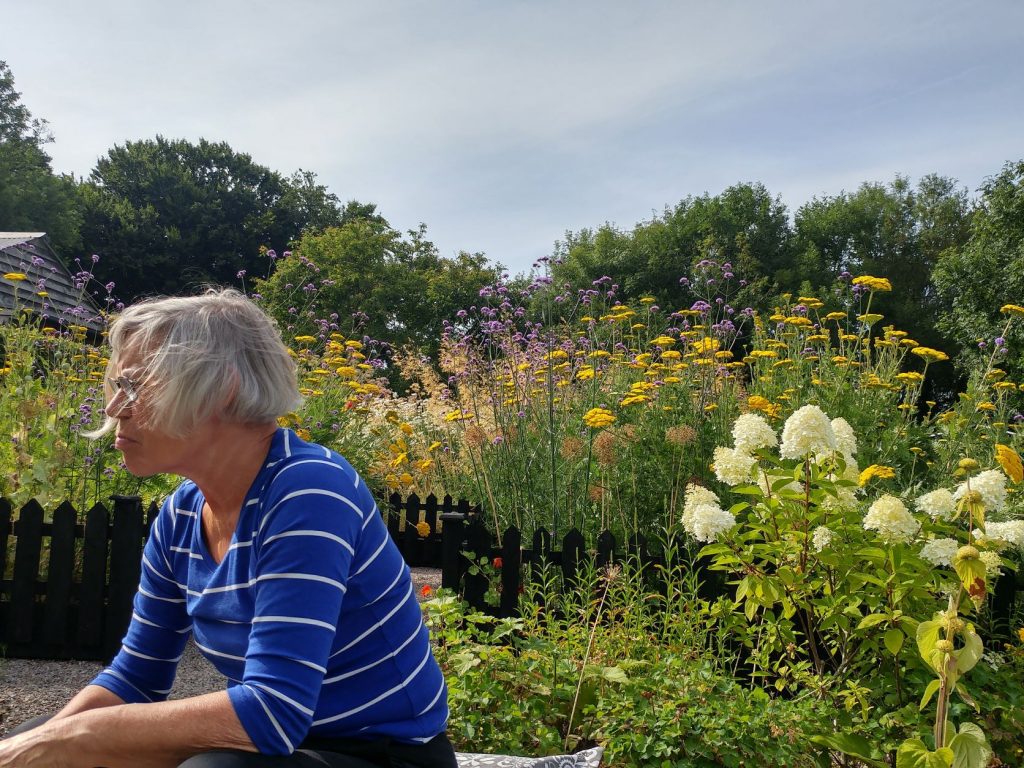 Looking and thinking. Sometimes a great thing to do with a friend.