In a world that never fails to confound, the two things that most appall me lately are “No Mow May” and “The Perfect Lawn.”

First, let’s blow up No Mow May, the dumbest idea to hit horticulture since some idiot proposed “National Garden Naked Week.” Does anyone think before they open their mouths anymore? Picture, why don’t you, all the gardeners you know. Full frontal. What fraction of that appeals to you? Nowhere near enough, right? But more than that, we must remember that gardening takes place outdoors, which is where the hot sun is, where spiders and insects and reptiles live, and, worst of all, where thorns are. In case you don’t already know, thorns are as creative as chiggers at finding awful places to attack even the most fully clothed gardener. My God, imagine what they could do to the naked one.

But as dumb as gardening naked is, No Mow May is even dumber. Unless you live in the desert, May is the month when rain and sun and temperatures all come together to make lawn turf grow like it’s going to the moon. Two weeks, and it’s knee high. Three weeks, it’s knee high and mounded over. After four weeks, rats have gleefully taken up residence under the tremendous biomass. A few weeks in, you’re still feeling good about yourself and your decision but your are starting to feel a little trepidation. By May 20th, you’re flat out worried. Proud you took one for Team Environment, but worried. Come June 1st, you’re out there making a spectacle of yourself trying to push your mower through thick, heavy grass. The mower gags and stalls, you’re sweating, grinding, and cursing, and the neighbors are all laughing at you until all the rats start fleeing into their sheds, RVs, and garages. 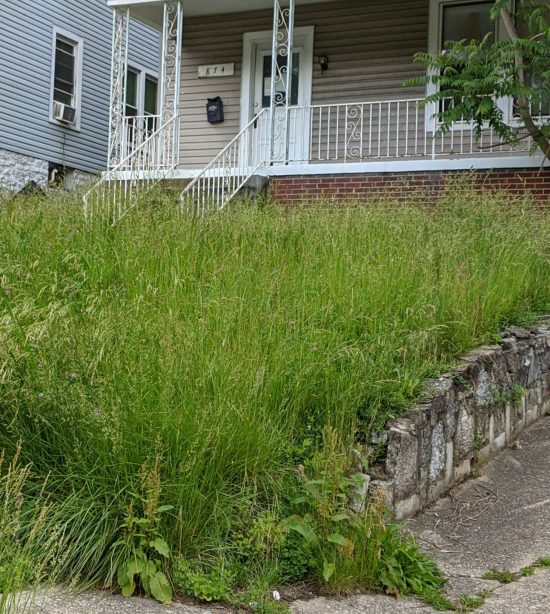 No Mow May. Lunacy! Should be called No Mo’ Dignity after such a display. And No Mo’ Cred Forever should you have—in your enthusiastic evangelism—convinced family or friends to also let their lawn grow like hell at the one time of year when it can. And don’t even bother trying to go back to delete your old social media posts when you were all excited and sharing blog posts and memes. You can bet that some bitter someone got a screen shot and are angry enough to share it.

But people trying new ideas to make things better is preferable to people sticking to old ones knowing they make things worse, like the cult of the perfect lawn. Carpets should be all one texture and color. The outside world shouldn’t. If you are willing to do all the spending, working, and environmental degradation it takes to make your yard look like a carpet, you’re a control freak. End of story.  Or, to give the benefit of the doubt, someone who doesn’t know any better and is a lemming.

We’re trying too hard. We’re making it too complicated. My lawn is far from perfect, but, then, that’s the point. It’s full of clover. It’s lousy with violets. And, yet, it still looks lush and green for the full growing season. And I keep it easy and don’t over-think it. When it’s really dry, I water it. I rake it out once in a while. I leave the clippings and other organic matter when I can. If it’s getting too thin, I over-seed it. If it’s petering out, I’ll fertilize. Over 25+ years living here, I’ve fertilized maybe three or four times. Occasionally I’ll spot treat for weeds when they get on my nerves. Once, when nimblewill was getting the upper hand, I treated the entire lawn. 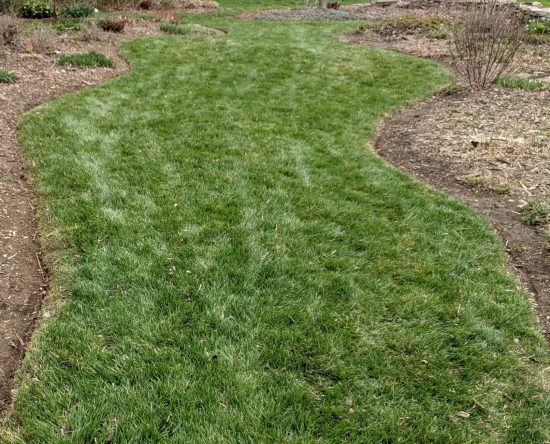 My front lawn in April. Contains plenty of weeds, believe me. But lush, green, and growing and it remains so through the season. Cutting high helps. 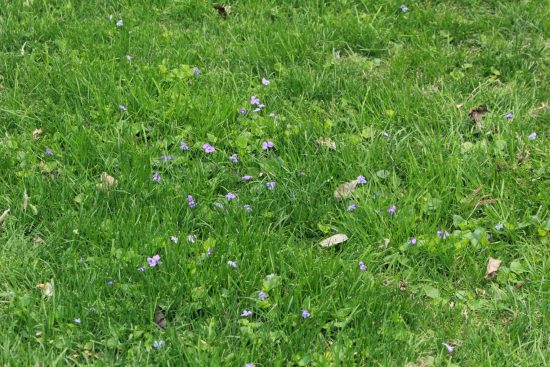 Violets primarily but other things too. 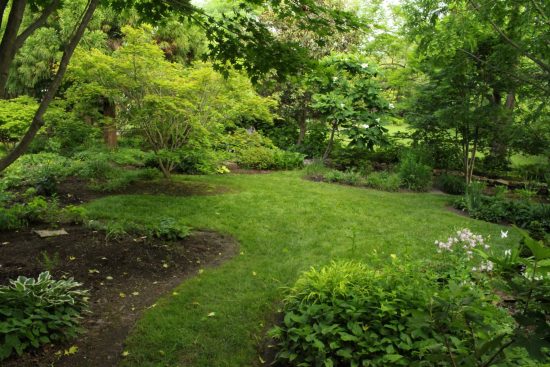 The backyard get less light and the lawn is a little harder to keep thick and lush. But it still functions as a way to get around the gardens.

Sometimes I just observe what is happening and either let it happen or help it happen. 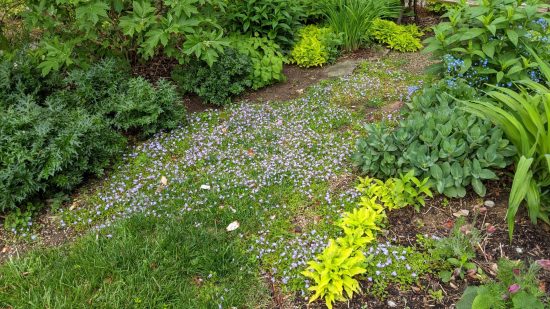 A lovely spot where turf and Mazus battle it out.

Truthfully, my perfectly imperfect lawn is remarkably vigorous, healthy, very green, and yet has quite a bit of diversity to it. Why does it have to be any better than that? 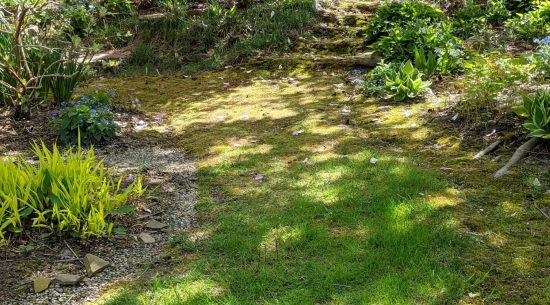 As moss began to grow in shadier places, I let it grow. In fact, I began string trimming the grasses and weeds that tried to grow above it. 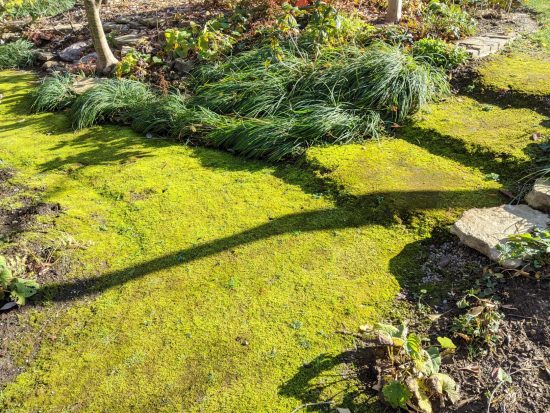 Moss always looks and feels good, but at certain times of the year it actually upstages the rest of the garden. 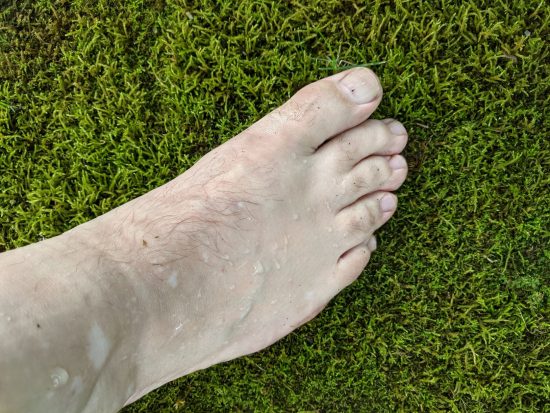