Three false starts,. Big chunks of text highlighted and deleted like so many wads tossed at a wire wastebasket. That’s how it has been trying to write down my opinions here on why garden clubs and plant societies are struggling. Apparently, I seem to be a tad bit resentful of having missed their heyday. Perhaps, I’m also angry at having to watch their ongoing, sad demise while, seemingly, no one bothers to try saving them. Someone, anyone, please try something! Anything. There has to be a way to move them forward, or, at least, past the Victorian era.

It started when I was inspired to respond to Elizabeth Licata’s recent GardenRant post on the subject and some interesting follow-up comments, but given that my previous attempts quickly plunged into darkness, I have decided to simply tell you a story of about a horticultural group that has a happy ending. Actually, no ending at all. Looming or otherwise. This group, which lives in Cincinnati, my home town, is so popular and has gotten so large that it has been forced underground. That’s right. I’m not lying. We had to go dark. Radio silent. Everything I’ve said and will say is true.

A gaggle of horticulturists geeking out!

For the purposes of this blog, we will call this secret society the Beatles, and it all started like this. Twelve years ago, someone we’ll call John Lennon invited a handful of fellow horticulture professionals to my house and we walked around my garden, talked shop, ate pizza, drank a few beers, and discovered we had fun. So much fun, in fact, that we did it again the following month. And then the month after that. 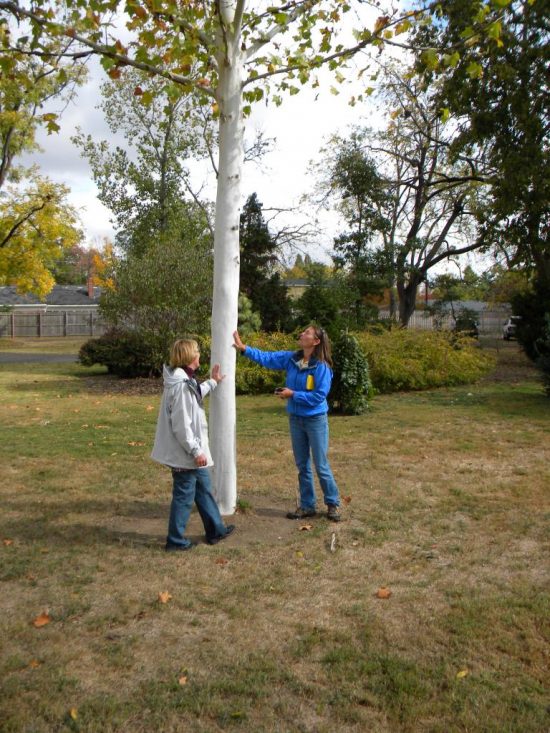 Getting a little weird on a road trip to Louisville.

Every month, another garden, where we would walk around, talk, eat, drink, and laugh. We all enjoyed it so much that we began inviting our other plant geek friends, including both professionals and amateurs. Then one day, we took a group photo of ourselves and were shocked to see how big we had gotten. So we decided to slow down on inviting new members. Unfortunately, by that time word had gotten around. Many were outside wanting in. The Beatles had to “break up.” 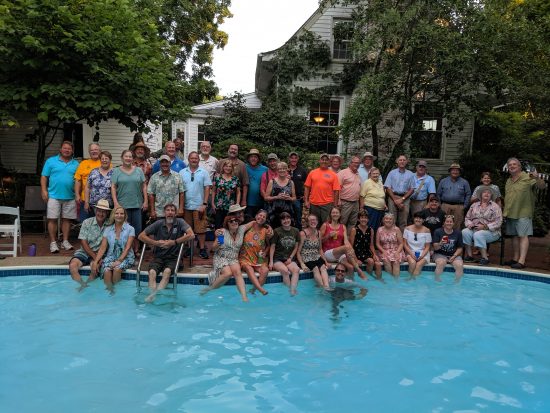 The Beatles at their ten-year anniversary party. 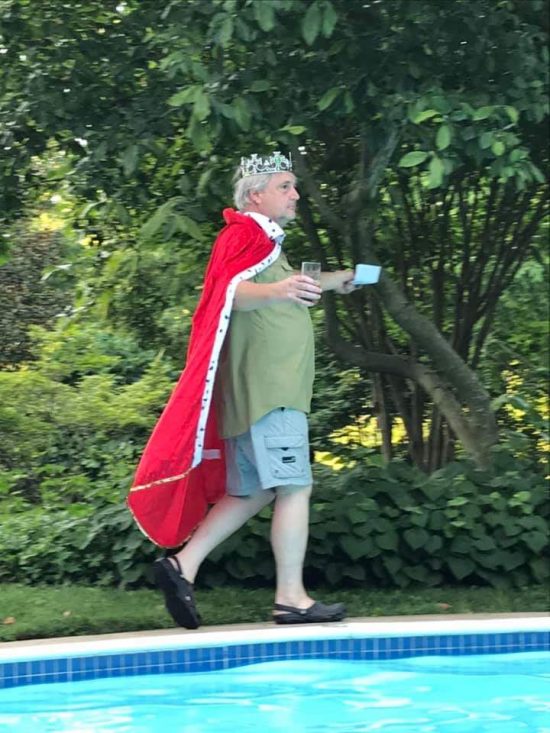 John Lennon at the ten-year anniversary party about to read an epic poem he wrote to the other Beatles, a poem which told tales of their splendid journey to that time, which they enjoyed immensely.

Over the years, the group has visited all the public gardens in the city and a bunch of private ones. We have gone to cemeteries, nature preserves, and a botanical library. We have ventured out on some regional road trips and enjoyed seeing many other fabulous places of horticultural interest, including a well-known race track and several horse farms. During the winter months, we usually visit a conservatory or greenhouse, let loose with a Christmas party, and do a Show & Yell. Show & Yell is where a handful of the more courageous Beatles choose to share slides of favorite gardens or plants they’ve discovered on their own to an increasingly drunken and unruly mob. It gets brutal fast and very funny! 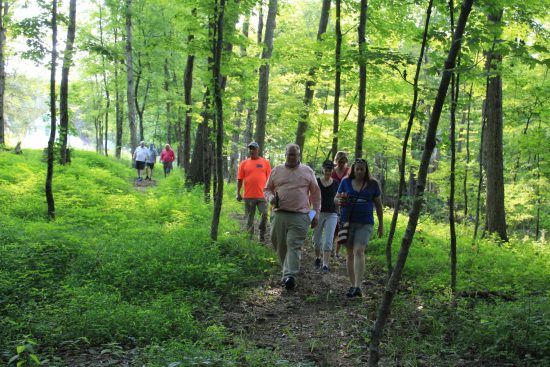 The Beatles walking in a forest.

Only because I, John Lennon, started the group and no one has yet bothered to dethrone me, I remain the “Dear Leader,” but this has not been especially burdensome. I just ask around and find places for us to visit, make some calls, and then we go there. Honestly, it gives me that much more opportunity to network around and, as our reputation has grown, people seem almost honored when asked to host the Beatles. If the destination allows it, we bring our own beer and order pizza. Whoever has annoyed me most recently is assigned to take up a collection to pay for the food.  If the site would rather we eat and drink elsewhere, that’s what we do. The Beatles enjoy the garden and then head off to the pub. 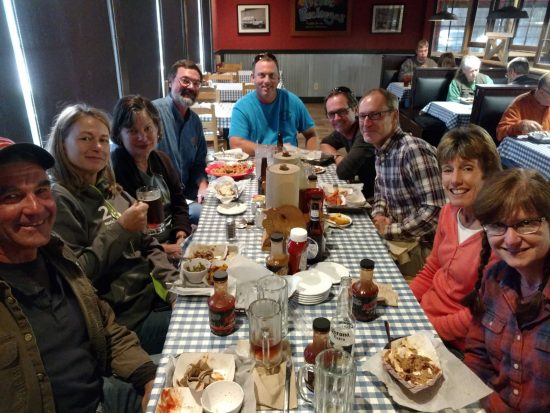 A contingent of Beatles in their natural environment. Official motto: A drinking club with a horticultural problem.

There will always be horticulture, friendly faces, and fun at a Beatles’ event, which is why people continue to come and long to bring their other friends. We have a great mix of professionals and amateurs, women and men, young and old, learned and learning. What we don’t have is a bank account, a treasurer, old business, new business and some crankcase wasting everybody’s time demanding to know why the group spent X amount on stamps. And, besides, if anyone ever dared to try a stunt like that, good old John Lennon would throw them out.

I’m not suggesting that every group adopt such a unstructured template. I think you can have a really great club or society that requires at least some rules of order, but if you’re going to pry young and/or young at heart people out of their busy lives to spend time at a meeting, you had better also give them a bona fide “night out.” And what constitutes that? A good start would be a chance to visit a beautiful place, to see amazing stuff, eat some unhealthy food, drink some beer, and to enjoy good times with great friends. Sounds like my kind of night out. John Lennon just told me he thinks so too. 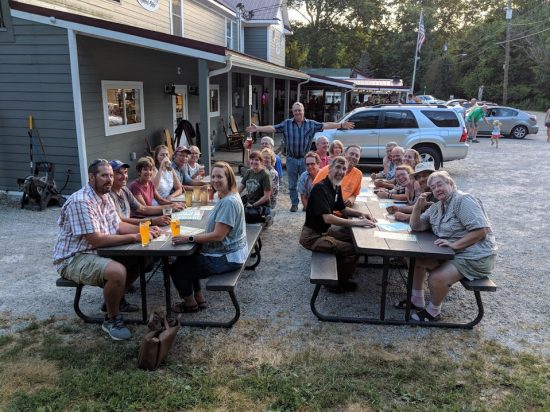 Enjoying ourselves after visiting a very interesting little nursery outside of Oregonia, Ohio.