Philly show to stay outside in 2022 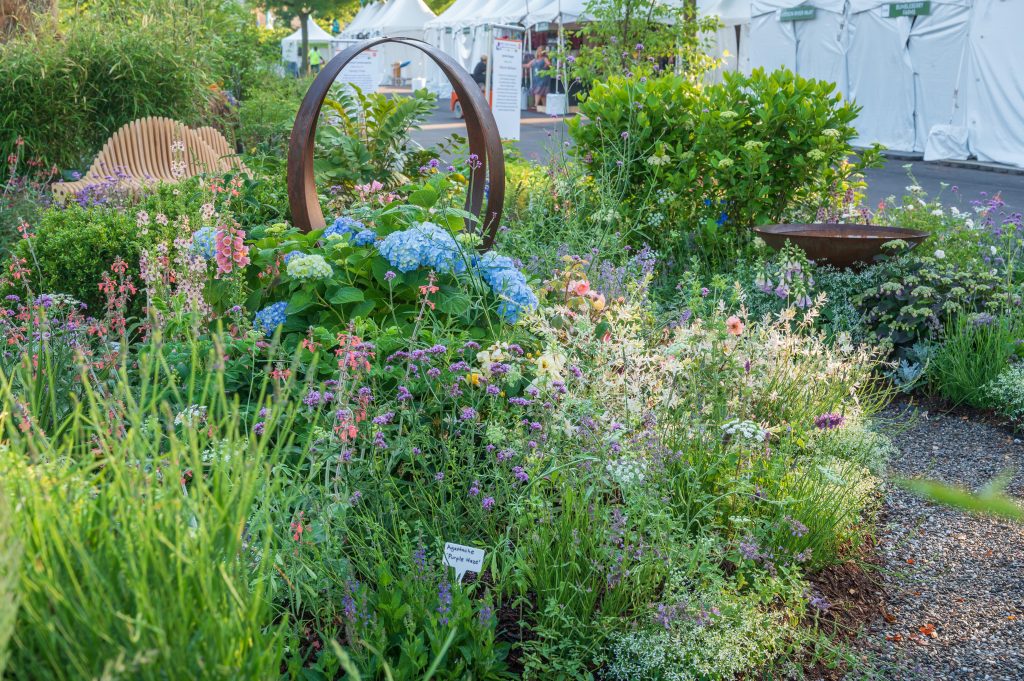 You can thank COVID. When I was at this show last June  (Wambui Ippolito’s Etherea is shown above), the few staffers I talked to seemed to indicate they’d be back in the Convention Center in March 2022. And when I talked to Sam Lemheney, PHS Chief of Shows, immediately afterwards, he said, “The original goal was to do one show outside to get through COVID and we’d go back inside, but we haven’t necessarily made the full decision. We will definitely go back inside eventually.”

Last week, the official announcement was made: the 2022 PHS Philadelphia Flower Show “In Full Bloom” will take place in South Philadelphia’s Franklin Delano Roosevelt Park (FDR Park) from Saturday, June 11 through Sunday, June 19. I again spoke to Lemheney, this time at more length. “The main reason is the uncertainty around COVID and trying to keep everybody safe,” he says. Given the long lead time, the health situation is just not stable enough to be able to predict with confidence that a big crowded indoor event in March would be safe. “We want to make sure that the people who have been coming for decades can still come,” Lemheney states.

There are mixed opinions about this. Gardeners in the US are used to indoor shows. My friend Sally Cunningham has been bringing groups to Philly for some years, including last year. She says, “While my two separate two-night trips there went well, in spite of one day at 94 degrees and another with rain the whole time, I still prefer the indoor venue and a March trip when we are dying for light and flowers.” But she’s already promoting the outdoor show and looks forward to bringing more groups next year. As someone who is still monitoring mask-wearing on all her trips, she notes that, “A lot would fear the crowded indoor one in the coming late winter, I suspect.” 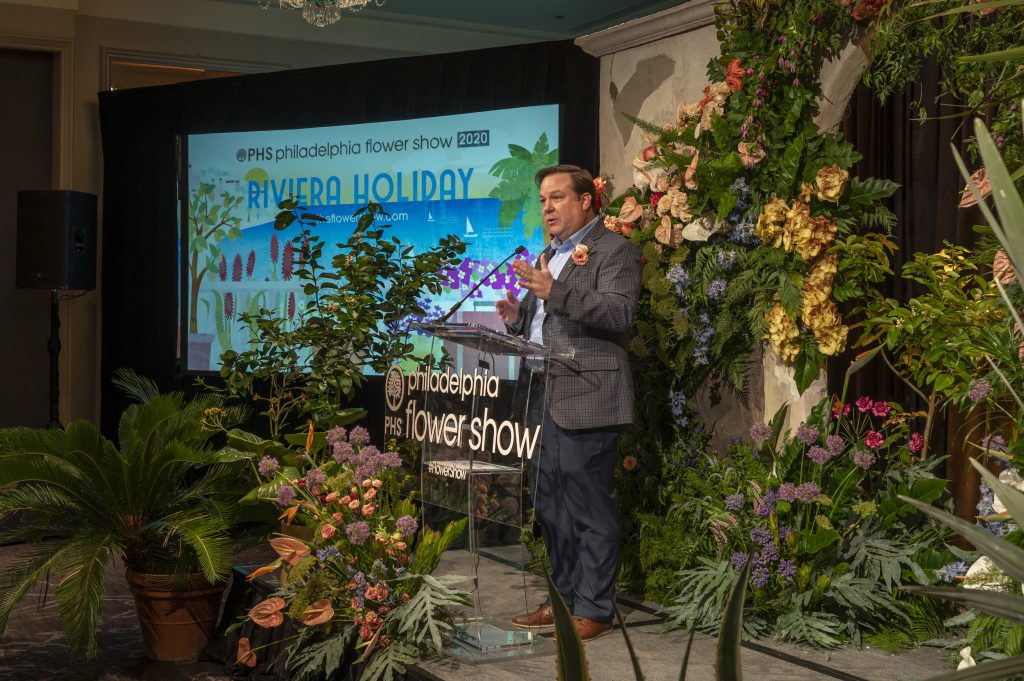 PHS Chief of Shows Sam Lemheney, at a previous show

Lemheney speaks with enthusiasm about the possibilities of an outdoor show. “We are going to produce an amazing show,” he says. “’In full bloom’ is the theme, to provide more flowers, more color, and bring the park to life even more than we did before. We learned from the RHS (Chelsea, Hampton Court), the Singapore show, and others— we share with them on a yearly basis, indoors or outdoors.”

The chief is honest about last year’s problems, which were mainly around traffic flow and parking and plans to work more closely with the nearby sports complex, the park police, and other official entities to make things run more smoothly. He also says that last year’s multiple food and beverage stations—many more than would have been inside the CC—help people stay longer at the show and enjoy more of the display gardens and vendors. Another positive change he notes: “The plant material looked so much better at the end of the show; that is so different from the indoor show.” He also stresses: “June is the beginning of the gardening season; you can take what you learn and go right out and put it to work.”

I have only been to last year’s show and I loved it. As someone who’s tired of the forced bulbs and short list of shrubs that often fill indoor display gardens—as well as the goofy themes that try to make up for the lack of interesting plants—I loved seeing such a full range of plants in sunlight. And it’s impressive that a nearly 200-year-old institution was able to do such an about-face. We all know it will be back inside eventually; that makes me look forward to the second outdoor iteration all the more.