By now some of you may mistakenly be thinking I’m a nice person, but here comes a Proper Rant.

We visited a garden last week and we really didn’t like it.

As ever, other people think it’s ‘lovely’. (Though Americans must bear in mind that in the UK every garden is considered ‘lovely’) Perhaps you’ll help me out a little? – I need your thoughts. See below. 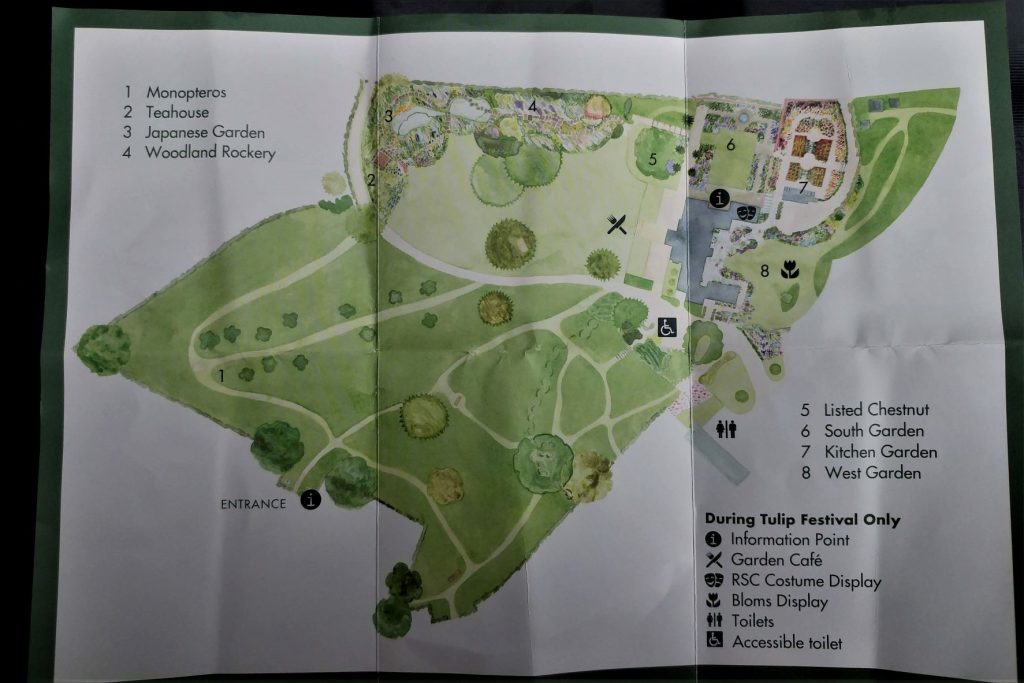 And you can see that it’s mostly trees, (all that green has trees in) so let’s get that in fast: if you love trees this garden will be a treat. There is many a long plod from tree to tree to be had.

The rest of the garden, which is truly what we came to see, is all squashed up at the top of the plan and the edge of the estate.

We began with this: 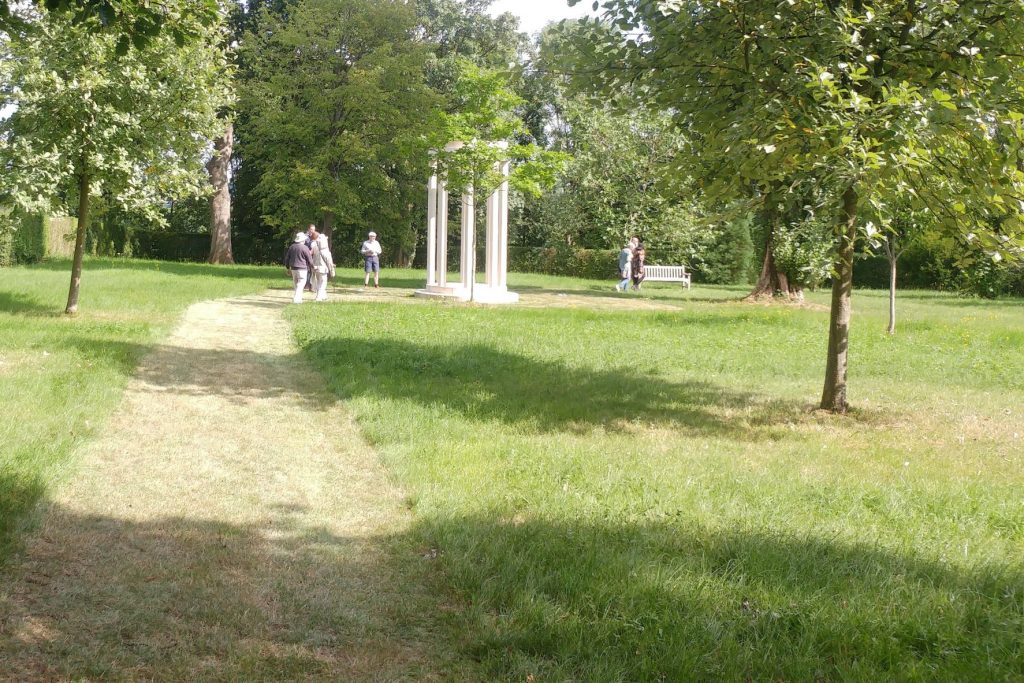 What is a Roman Temple doing in Britain in the 21st century? 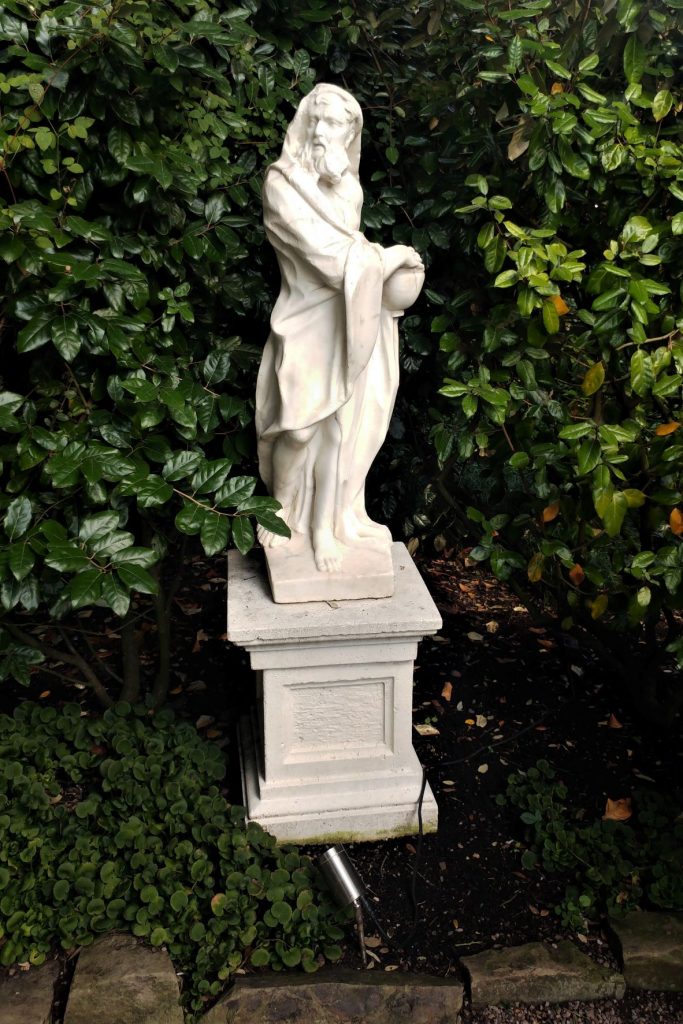 Poor soul has bare feet. Not a good plan in the British climate…. 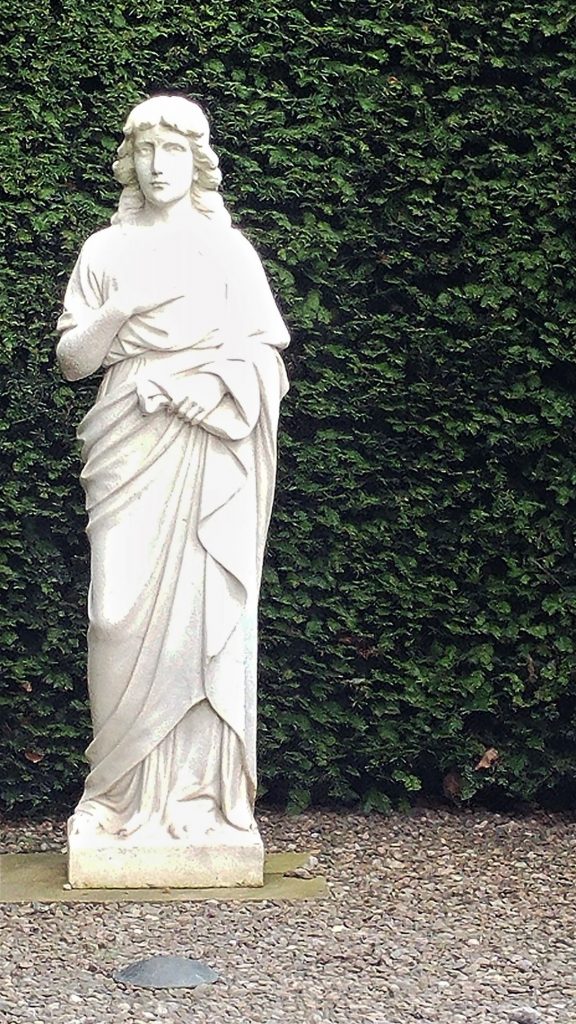 You can see it is definitely a Roman House… 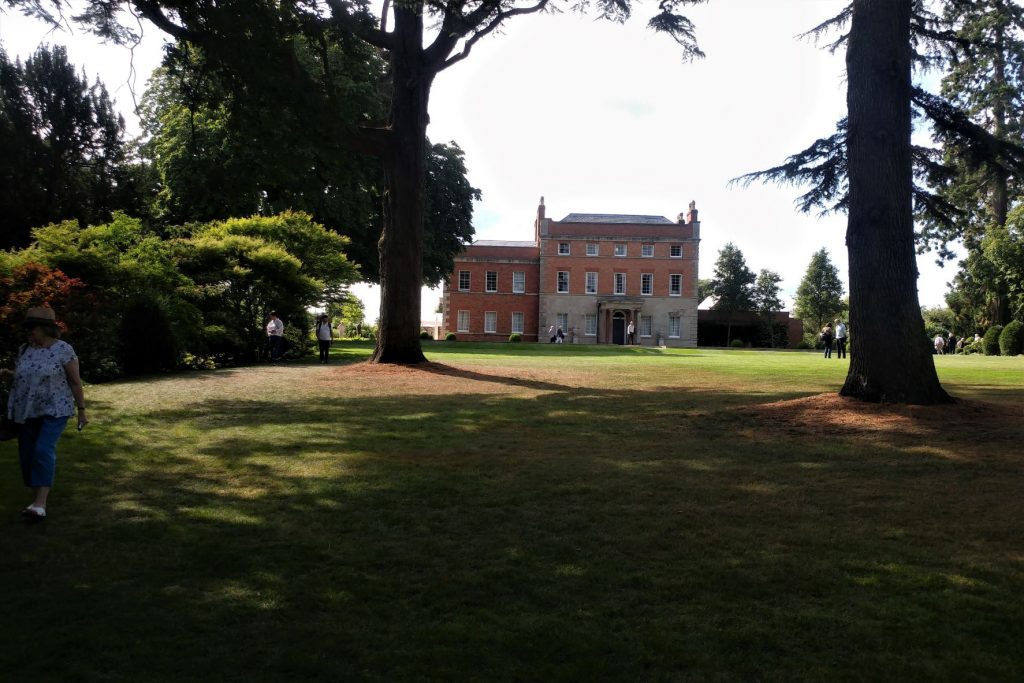 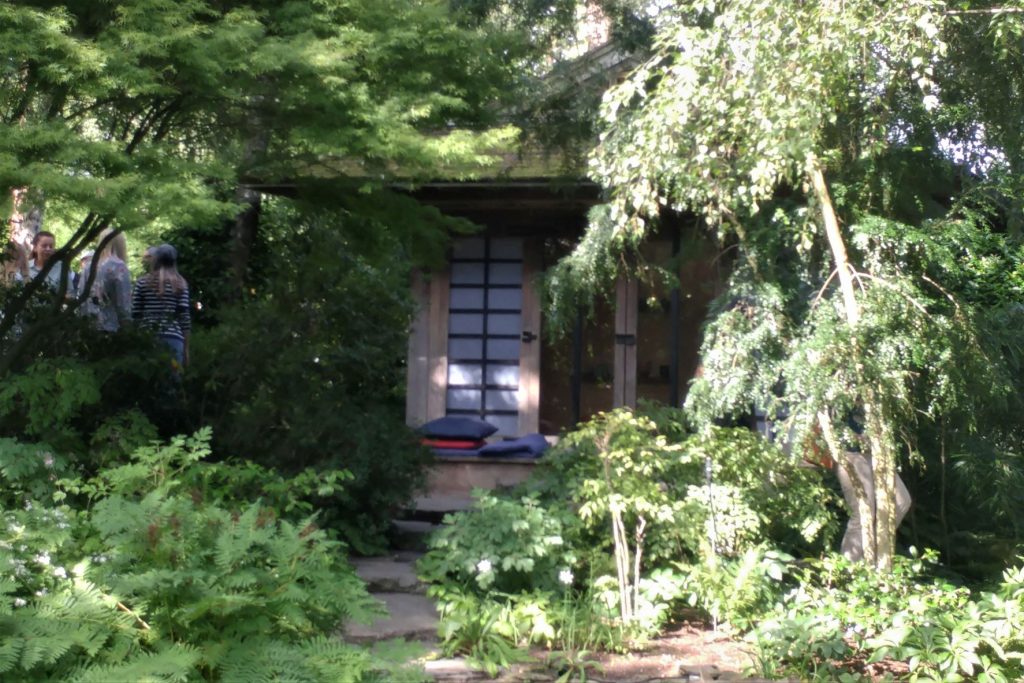 A Menagerie for Plants

But what it mostly has is plants. This is a Plant Zoo.

And for us, that was the major problem. Not that we dislike plants, not at all. Rather more that we think that treating them like this does them, and gardens, a disservice. 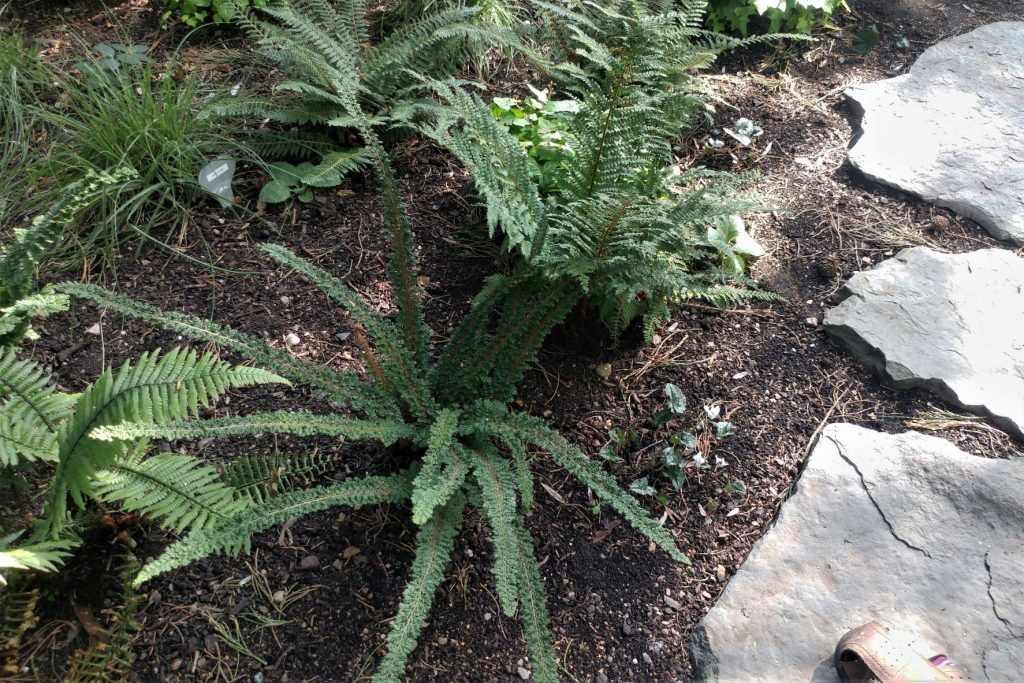 We quite fancied this spidery fern, but sadly this was one we couldn’t find a label for.

They are sitting in their own little island of bare soil, not speaking to each other. You might think that this is due to them being recently planted – was it too early to open the garden, perhaps? But if that is the reason, what is intended for all the labels when the plants have settled in? They will become invisible. 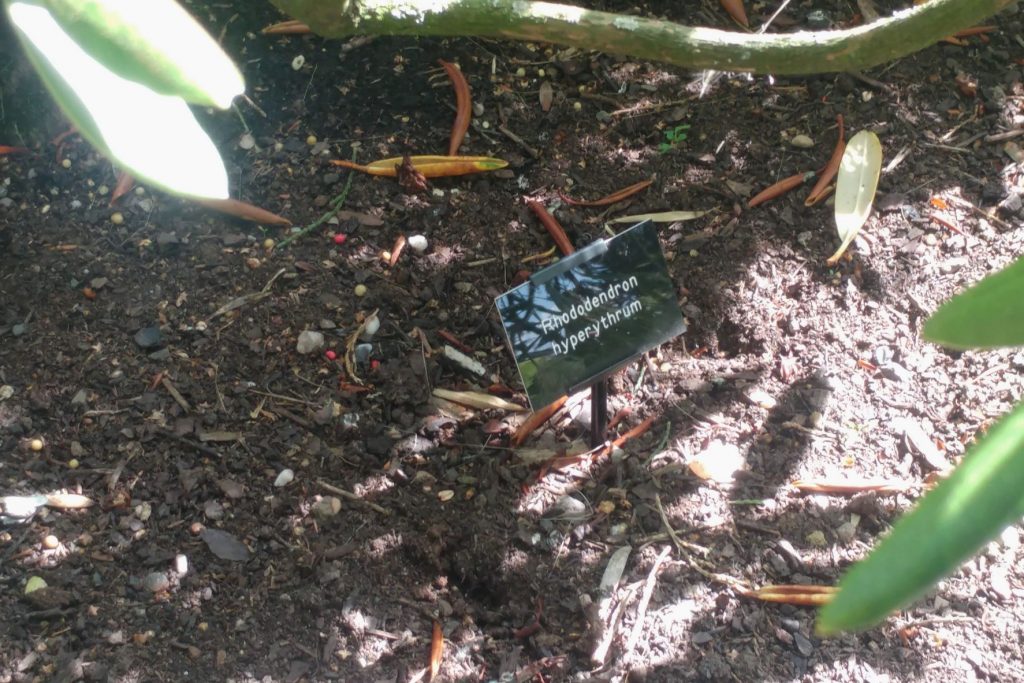 And there are a lot of labels. And hosepipe. Or lighting cable? 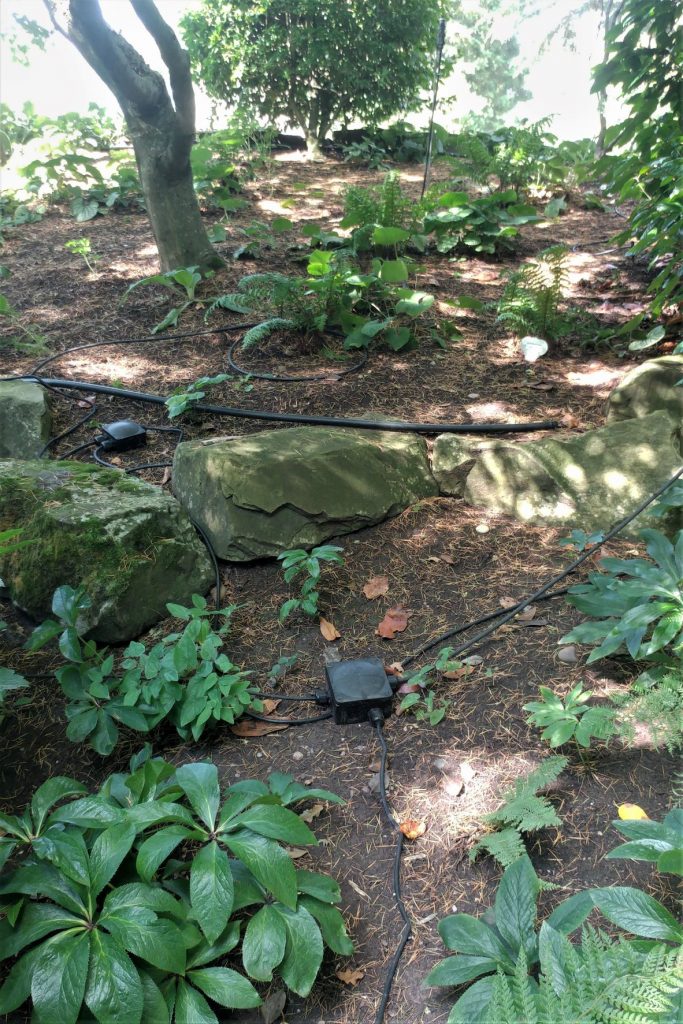 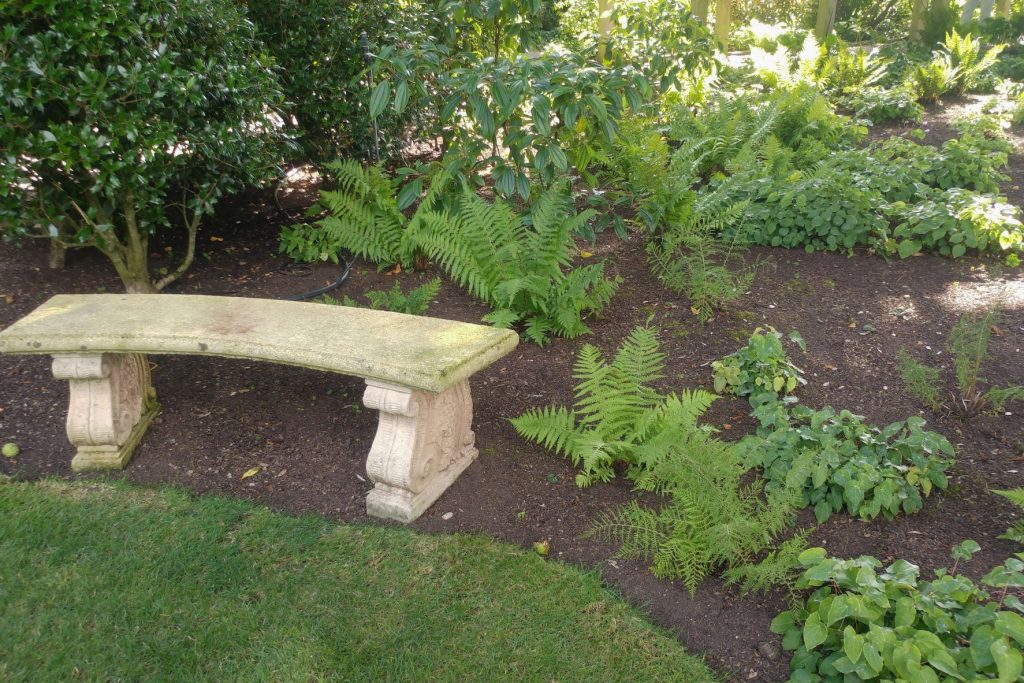 There is some pretty planting. 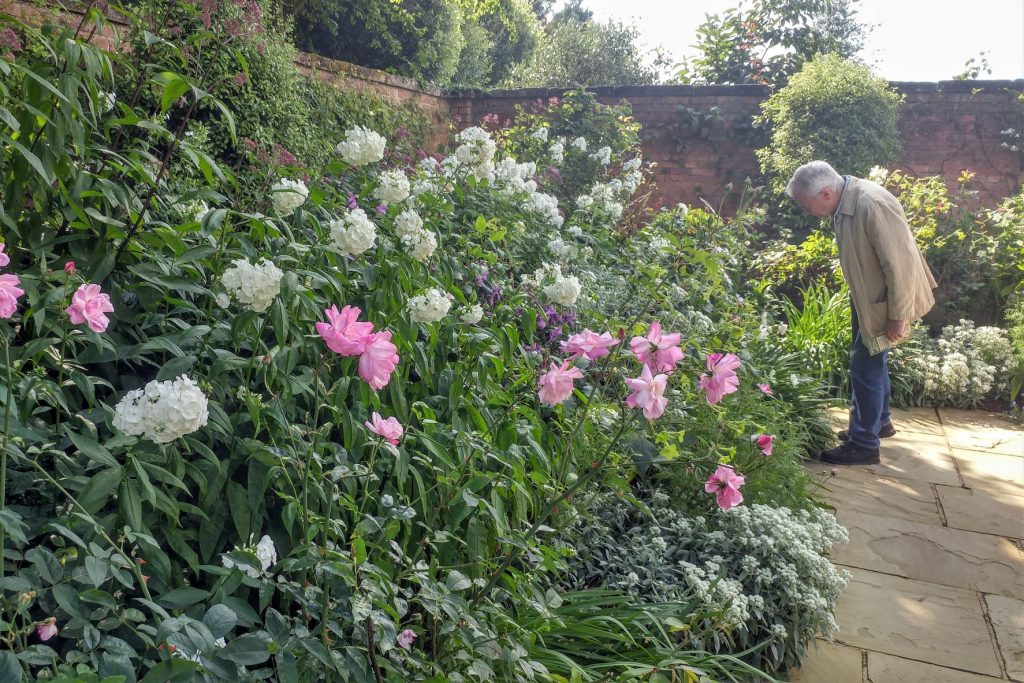 And everything is kept under tight control: 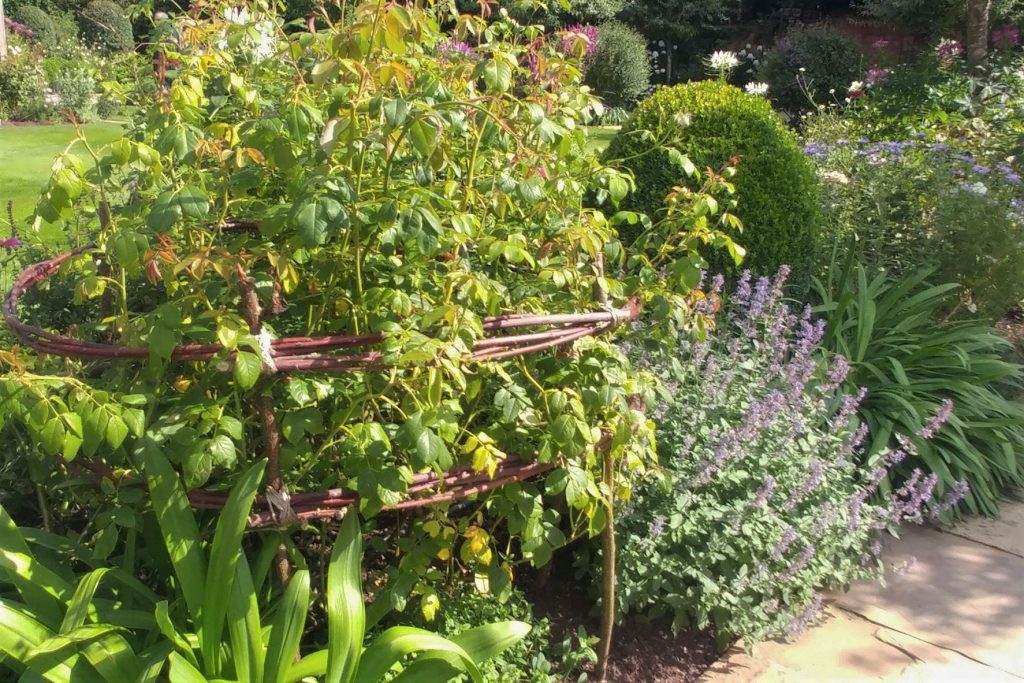 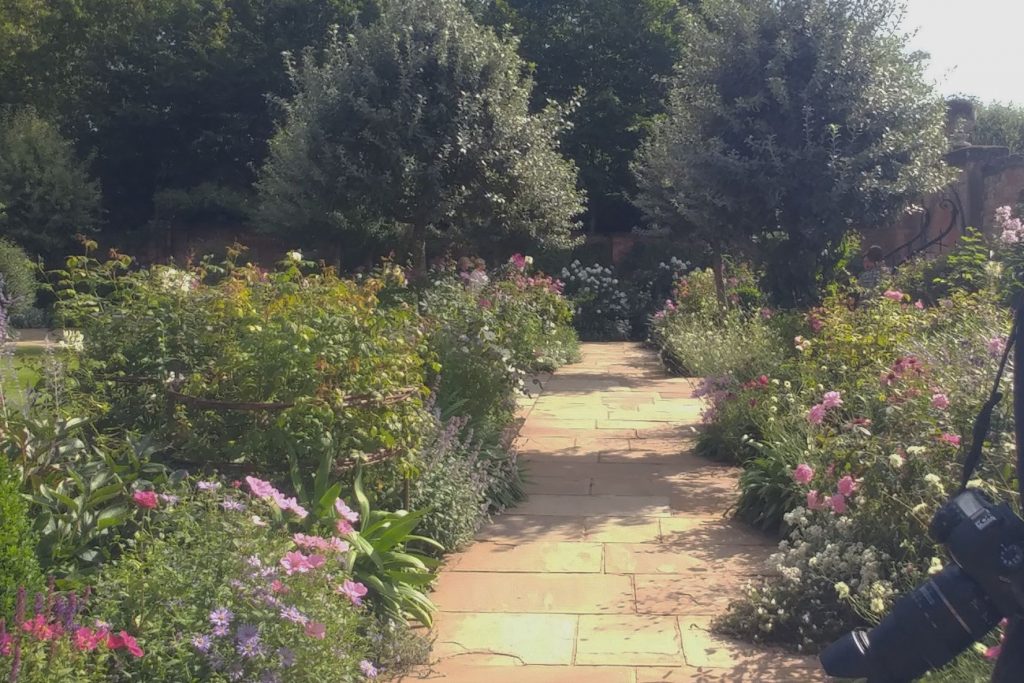 In places the plants have integrated and maybe those labels have vanished. 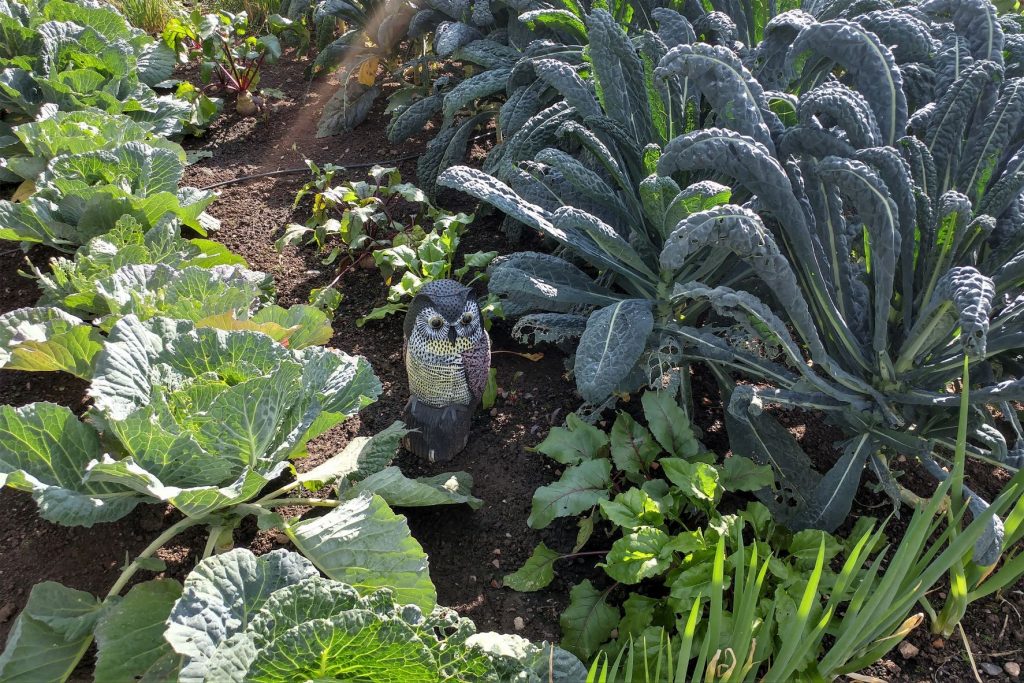 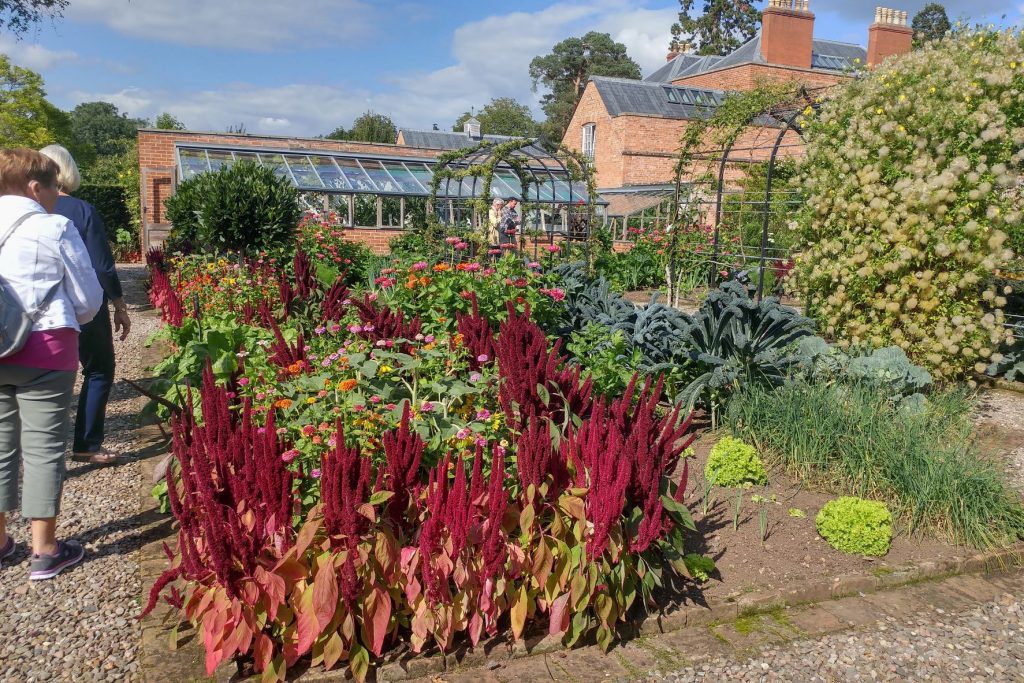 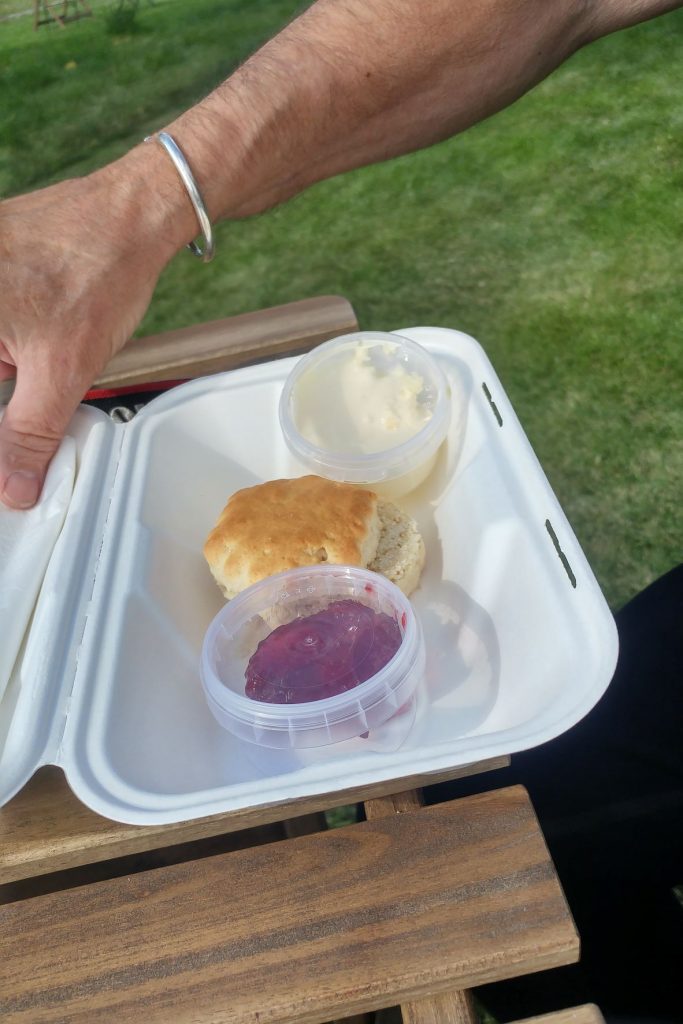 Even the cream tea was very tidy in its plastic – no doubt a virus safety feature.

And that’s my problem, because how we feel put us out of sympathy with 99% of the garden loving public. A very uncomfortable place to be. 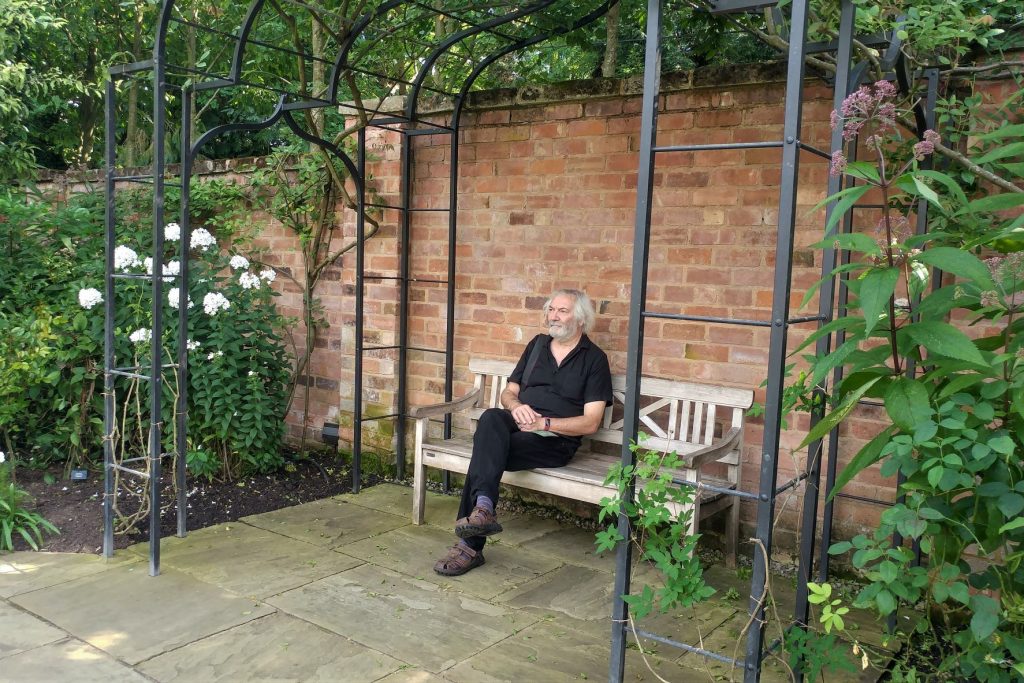 I’m not entirely alone in this, as you can see. I asked Charles why he disliked it so much. And he ranted for half an hour or so along these lines:

“Souless, unlived in, the most unrelaxing place you could find, so unlike a garden belonging to anyone’s home,  the tidyness! no imagination anywhere, institutional, why’s it all round the back of the house? boring! tedious! what’s the point of it?

I would add that while it has clearly been made fairly recently, apart from the trees, it’s so dated. We are making gardens rather as if we would have built Liverpool Metropolitan Cathedral in the mould of Westminster Abbey.

At this point I need to clarify that the reason I am putting this garden in front of you is that it is ordinary. It may well be recognisable to many people for illustrative purposes but I’m not naming it. It is totally ordinary, and full of the clichés of the British garden. It is what people expect and how people think a garden should be.  All described and advertised as ‘lovely’.

Please don’t trouble to tell me ‘we all have different taste’. I am not just telling you that we didn’t like it, but also asking you – does it matter?

It does matter to me. Enormously. It is such a travesty of what a garden could and should be.

What do we want from a garden we visit?

I want to say to the world that gardens are a critical part of British culture and as such should be celebrated and discussed. That they are worth taking seriously and as worth visiting as the rest of our heritage.

That they are exciting, original, thought provoking, atmospheric, immersive, challenging, stimulating, touching, even – for heaven’s sake – beautiful. That a visit will be memorable and not simply for a useful plant.

But I truly can’t make such a claim for most British gardens which open the the public.

Can’t we get beyond inevitable garden clichés and stereotypes?

What do you think?

Tell me – why do I feel it matters so much? Why does this ubiquitous kind of garden reduce me to despair? Is there any cure for me? Are there any other people out there who also get so troubled?

I know this may not mean much to Americans, as I don’t think you have many open gardens like this, but I’d love to hear what you think. Have you visited such gardens, perhaps on a tour, and been disappointed? Or would it actually meet what you would want and expect? Do you visit a garden to look for plants? Why do you visit gardens, if you do?

And what do people in countries with many gardens open to the public, like the UK, think and expect? (except not that ‘people have different tastes‘ please....I know that, but many people still rate Shakespeare over Frozen) 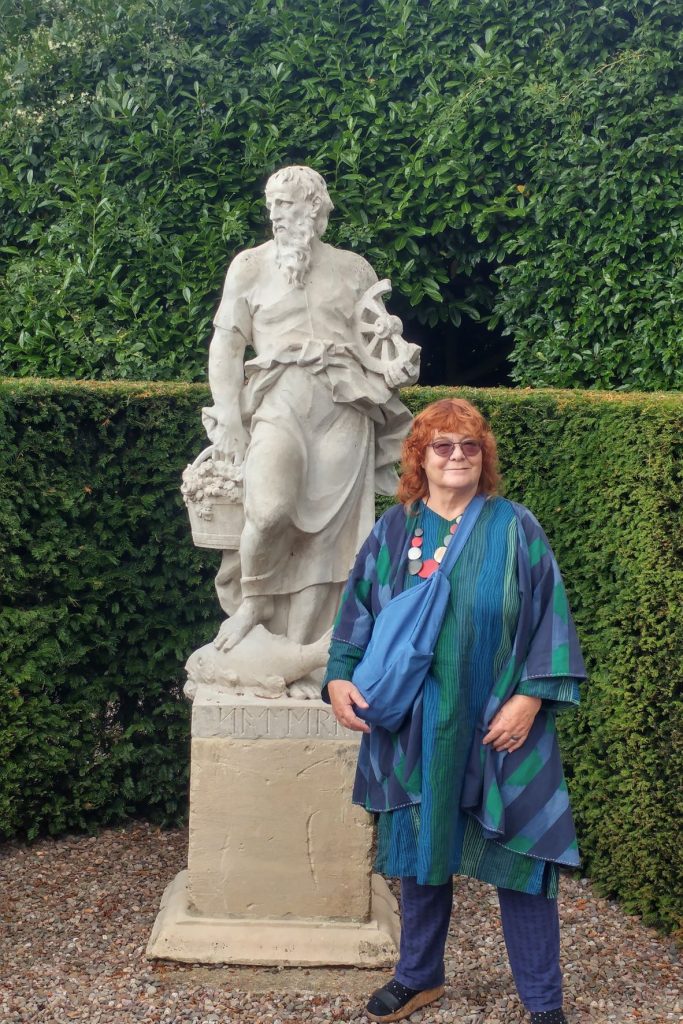 Though I did manage to smile for the camera man……