A notorious 17-year cicada returns to portions of the eastern United States  in a few weeks.  If you’re in the path of Brood X  you may need to stuff cotton balls in your ears, but don’t worry. They won’t bite.

This is a repost from a mid-June 2008  Human Flower Project story. Julie Ardery’s Human Flower Project was an international newsgroup, photo album and discussion of humankind’s relationship with the floral world from 2004-2012. They reported on art, medicine, society, history, politics, religion, and commerce. Many thanks to Julie for her inspiration. 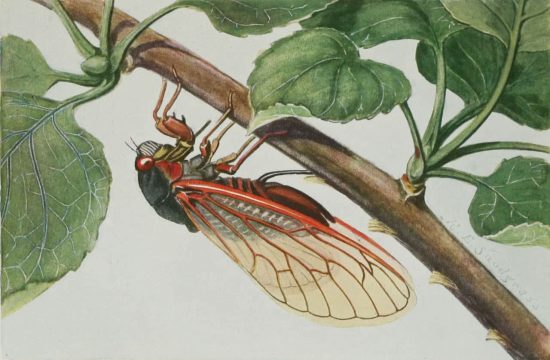 I’ve been worried silly the last few weeks. The word on the street in Louisville: the 17- year cicada was coming – again. Brood X, the Mother of all 17-year periodical cicada broods, checked in 4 years ago, and the otherworldly drone of the scuffling swarm sounded like a million rain sticks. Why do I deserve Brood XIV? 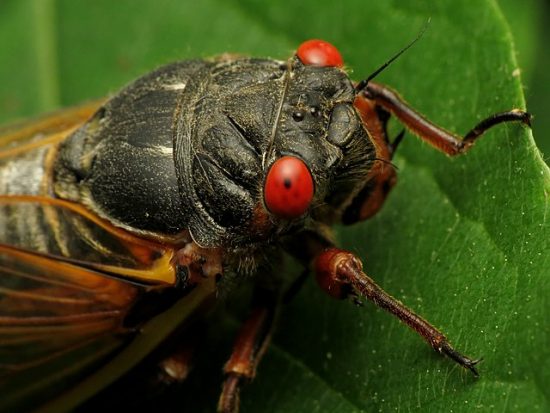 I can’t remember a more beautiful mid-spring. There were no late frosts; no pounding thunderstorms – not a one – and the weather was cool with wonderful gentle rains. I’ve been holding my breath for a May like this. Dogwood blossoms lingered past Derby and daffodils went on forever.

But there were those irksome few who dampened my sunny view and said “We’re gonna pay for this.” The wages of sin: a nice May? Our Hellfire— blast furnace summer heat— arrives punctually before the solstice. I can live with that. But I don’t want any more cicadas, not now.

And I don’t deserve them. A year ago we had a terrible mid-April freeze, on the heels of a very warm late March and early April. The tender new growth on trees, shrubs and perennials got hammered. Even the new leaves on a hackberry got singed. (I’m counting on the genus to survive the apocalypse – which it may.)

Things got worse. Waking-up to low morning temperatures in the high seventies doesn’t suit me. As the day oozes toward noon, it only gets hotter. A hailstorm is over as quick as it comes, but a drought doesn’t let go soon enough. By August, I craved an early freeze – to put an end to the misery. Mercifully, September and October were cool and sunny. There would be another day. 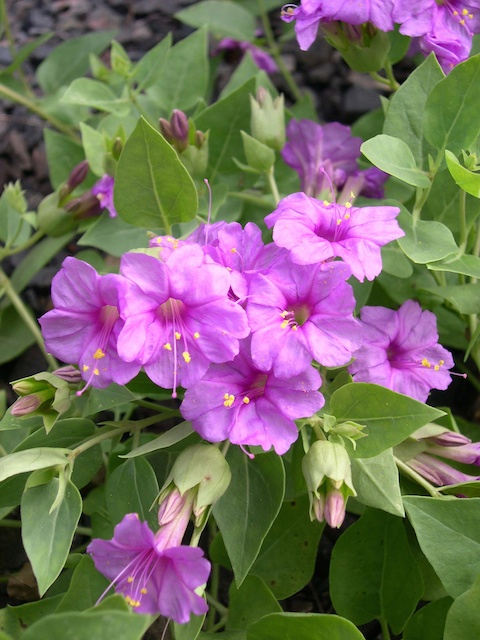 But I want more than just another day. I want a garden season – just like May – from March through November. Cool daytime temperatures in the 70s and nighttime lows in the mid 50 would work. And how about gentle, overnight rains, too? I’m entitled. I’ve paid my dues, but a cloud follows me.

I moved to the mountains of North Carolina, thirty years ago chasing a better growing climate where the summers would be cooler and the winters not so cold and gray as Louisville. There were no floods or tornadoes but, in my first ten years in the nursery business, near Asheville, there were a record freeze, summer droughts that beat all and a March blizzard that closed Interstate 40 for a day. When I explained my turn of luck to a group of visiting nursery folks, one fella, from the back of the crowd, replied in a drawl, “Everything was ok before you got here.”

This cicada thing has got me spooked. The thought of another 17-year home invasion is worse than a long road trip in the mid 70s with the blues-rock band, Foghat, playing continuous loop on a busted eight-track. (How many times would you want to hear Slow Ride…Take it easy?) 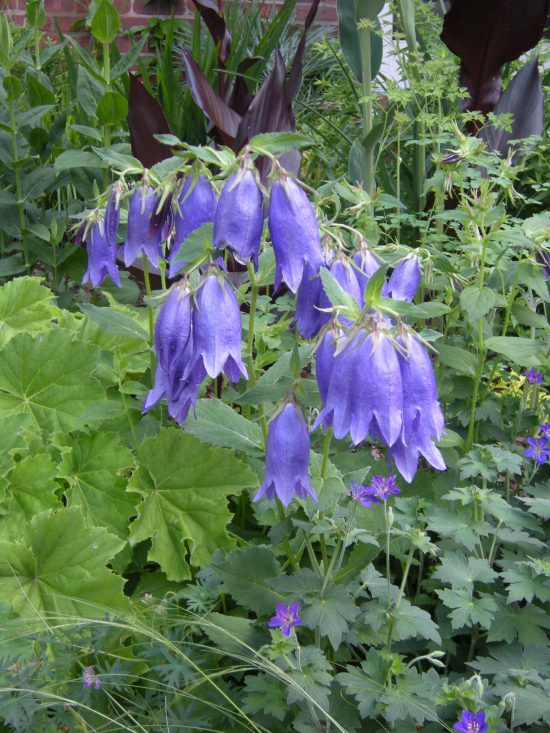 I am a little bewildered why we’ve been spared. I went to a party this afternoon and folks there who live not so far away, in Jeffersontown, said they’ve been under siege for weeks. But nothing here. Go figure….

Actually, cicadas don’t do significant damage (they aren’t locusts). The females lay eggs along the tips ends of tender new shoots of trees and shrubs. A few weeks afterwards these new shoots turn brown and die. It ends up being little more than tip pruning.

The tiny nymphs, said to be egg-shaped (I haven’t seen them) fall to the ground, burrow underground and feed on tree roots for 13 or 17 years or whatever the primary number incubation period. But these don’t cause any problems either. Some folks recommend putting netting over newly planted trees and shrubs as a precaution but this seems overly fussy to me. Let ‘em be, but send ‘em packin’! 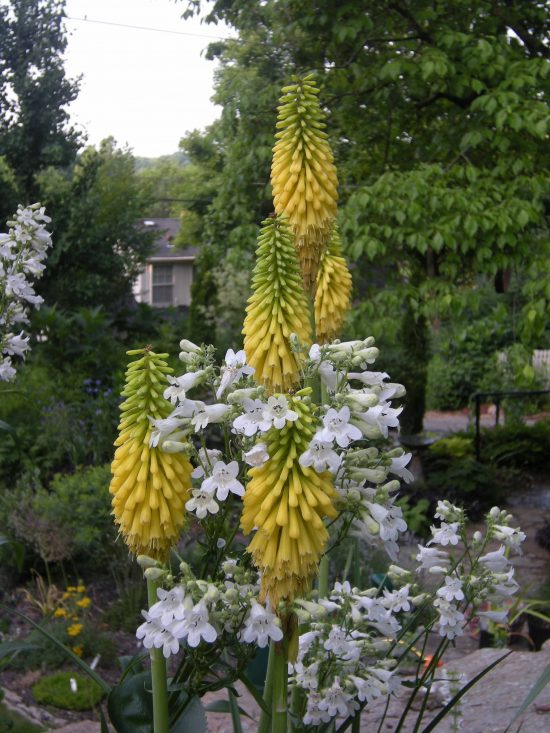 My blessed month of May has come and gone but is not a faded memory. Penstemon pinifolius ‘Mersea Yellow’ started flowering near the end of the month and is still here. So is Geranium wlassovianun, a tough Siberian species that doesn’t mind muggy. The showy Colorado four o’clock (Mirabilis multiflora) and Campanula ‘Sarastro’ are June bloomers. They flower in defiance of this week’s heat wave with Kniphofia ‘Primrose Beauty’ and Penstemon digitalis ‘Husker Red’. 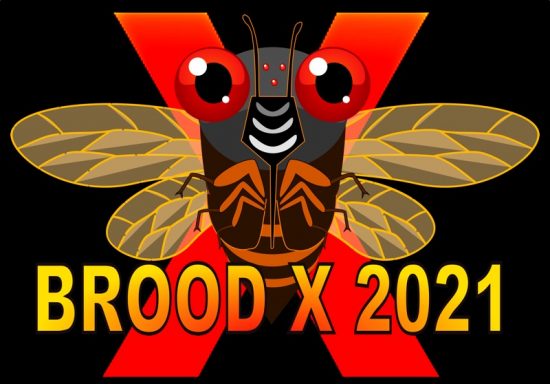 The cicadas have been circling outlying areas, and making a racket for three weeks, but they’re nowhere to be heard in my neighborhood. Friends in the countryside say the mating season of Brood XIV has quieted and is coming to an end – for another 17 years.

No cicadas this year… I am living a charmed life and I am not going to pay for it.