Instant Gratification Is No Match for the Garden

Gardening is inherently an act of faith in the future. In certain times, perhaps even a defiant acknowledgement that there will even be a future. And if not a future for the gardeners themselves, then at least a mark upon the earth for others who might admire whatever parts might persist. Plant a perennial, any perennial, and even the Usain Bolts of these plants will probably take at least three years to reach their full potential. A redbud, call it ten years. An oak, minimum of fifty. An actual garden? Who knows? They’re all different. Your results may vary. 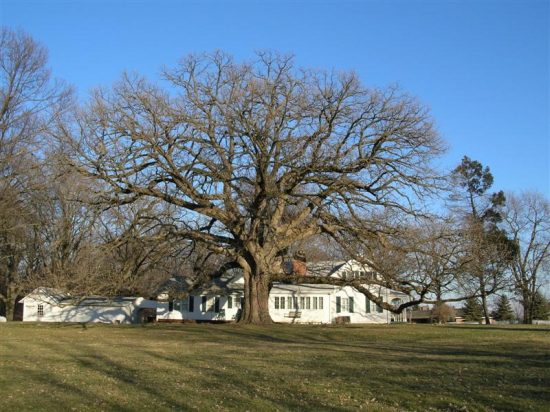 A bur oak in Illinois. Just took some time.

But all the good things in life take time–babies, families, friendships, civilizations, bodies of knowledge, the pyramids, La Sagrada Familia, the Grand Canyon, the Big Dig. Anything amazing and meaningful over the long-term, by definition, must be long-term. Am I right? Can I get an “amen” from the choir? If I want to build my character, I’ll read War and Peace. If I want to feel good this very minute, I can toss back three or four shots of bourbon.

This isn’t to say that any gardening you do doesn’t have its immediate rewards. The flat of annuals you give Mom on Mother’s Day, it’s pretty immediate how those little flowers tug at your heart as soon as she finally gets around to planting them. After a reminder or two. But, of course, even plants as ephemeral as annuals will look better in August than they do in May.  If, of course, Mom remembers to water them. So, yes, I know and readily admit, while this is indeed lightning fast in gardening  time, it is but a snail’s pace at delivering gratification compared to, say, robbing a bank. 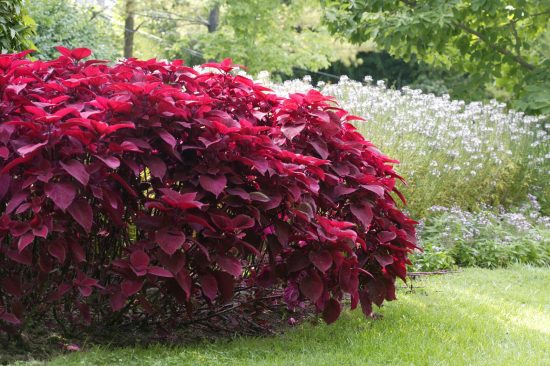 “Did you hear about John?” “No, what happened?” “He has Coleus!” And some speedy quick color for the garden.

Using the word “ephemeral” just now reminded me of ephemerals. Best described as “here today, gone tomorrow.” But hold on! Ephemerals might only poke their heads out of the ground during that brief, shining moment after the soil has warmed but before the trees have leafed out, but they bring it year after year after year. Some colonies of ephemerals in the wild are tens of thousands of years old. If that doesn’t impress you, you can resume binge shopping online. 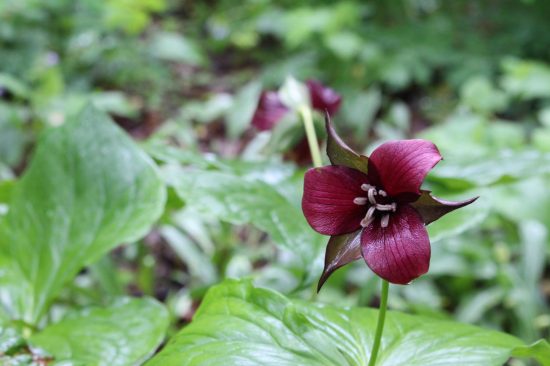 Ironically, one of my least favorite gardening jobs comes as close to instant gratification as you can get: mulching. Yep, haul and spread a ton or two of heavy, wet, hot, fermenting, stinking bits of ground up trees around your yard, and, suddenly, voila! There’s something emotional about the look of a newly mulched landscape. I think it hooks something deep in our DNA. It tricks us. Makes us think we’re looking at rich, fertile, freshly turned earth, and therefore gently soothes us with the promise of crops that will grow tall and bountiful. Triggers a bit of hope in our primitive psyches that gets us believing we’ll be fat and happy over the winter. I don’t know. Maybe that’s just horseshit, which theoretically should offer similar cornucopia-like visions of fertility and rich harvests, but usually doesn’t. But even with mulching, there are hours of really hard work before that first moment happens when you step back to admire the view. Of course, an easier and quicker way to admire a nice view is to find that racy series on Netflix everyone at work is talking about. 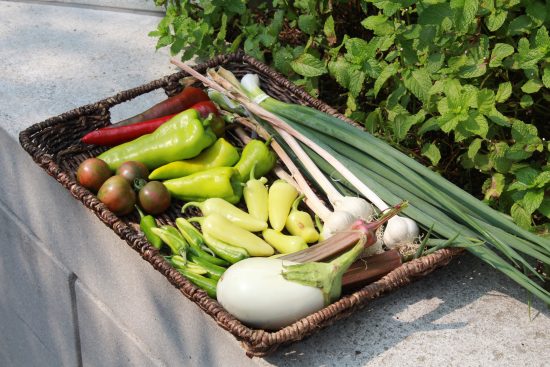 The appeal of bounty.

Let’s just face it, when it comes to the lure of instant gratification the garden can’t compete with lottery tickets. Or cocaine. Or with any of the seven deadly sins. But let me make it a little bit worse. I’ll even argue that the slower plants in the garden are usually the best ones over the long haul. Oaks. My God, what is finer than a 100 year old oak dominating one’s front yard? For maximum appreciation of any oak you plant, plant it while you’re still young, eat healthy, exercise, look both ways when crossing the street, and try your best to avoid provoking strangers. But don’t ever forget that even a ten year old oak still has plenty of charm. A twenty year oak is a real tree. And a thirty year oak is already making a statement. Trust me, thirty years goes by pretty damned quick, and the satisfaction you’ll take from that tree will be deeper, longer lasting, and better for your soul and for society than, say, posting another glib political meme on Facebook and getting 37 “likes.” 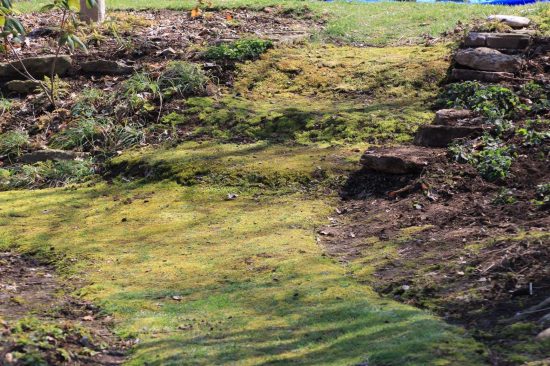 And if you garden right, in only a few short years you will experience joy and gratification every day every year of your, hopefully, very long life. Foliage in fall. Berries in winter. The g-force rush of spring. A succession of sunny perennials preening and prancing all summer. Birds and bees. Even now, mid-March, the muddiest, bleakest part of my gardening year, my mosses are a carpet of leprechaun green, daffodil buds are fat, and hellebores have lost all their usual dignity and are spilling flowers like they’re riding a float in a Mardi Gras parade. Speaking of hellebores, seedlings I dug from beneath Momma plants and moved five years ago are blooming for the first time. The anticipation of their buds opening and revealing their colors and patterns–seemingly as diverse as snowflakes–is like being a kid again and opening gifts on Christmas morning. In just a few weeks, the weeping Higan cherries will be covered in flowers and buzzing with ecstatic pollinators of every ilk. Sure, they may bloom for as few as three days, but what a three days! And, dammit, year after year after year. Three to ten days of indescribable wonder that are far less likely to land you in jail than a “lost weekend” in Vegas with that one friend from high school your spouse calls a bad influence. 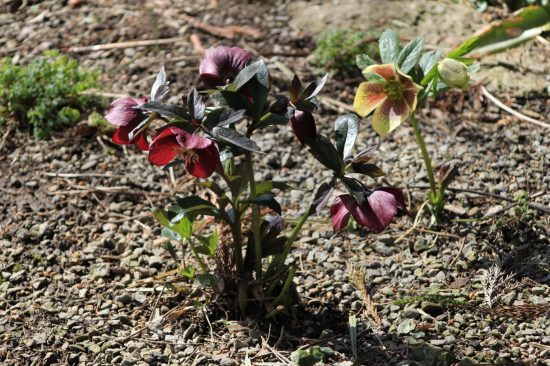 In basements all over the Northern Hemisphere, tomato seedlings are sprouting under lights. In each one lives the hope of a warm, sunny season of growth, of a safe place to experience the miracle of life, of tasty harvests we will share at the gatherings of family and friends so longed for after this year. Yes, gardening certainly has its moments of pleasure, but it takes time and effort before those pleasures grow from an intermittent trickle to a steady flow. Keep at it. Enjoy the process all along the way. Sooner or later, your garden will reach that critical mass where it surrounds you like a warm embrace. Way better for you than gorging on bonbons in bed.