Why we have a Ministry of Controversy 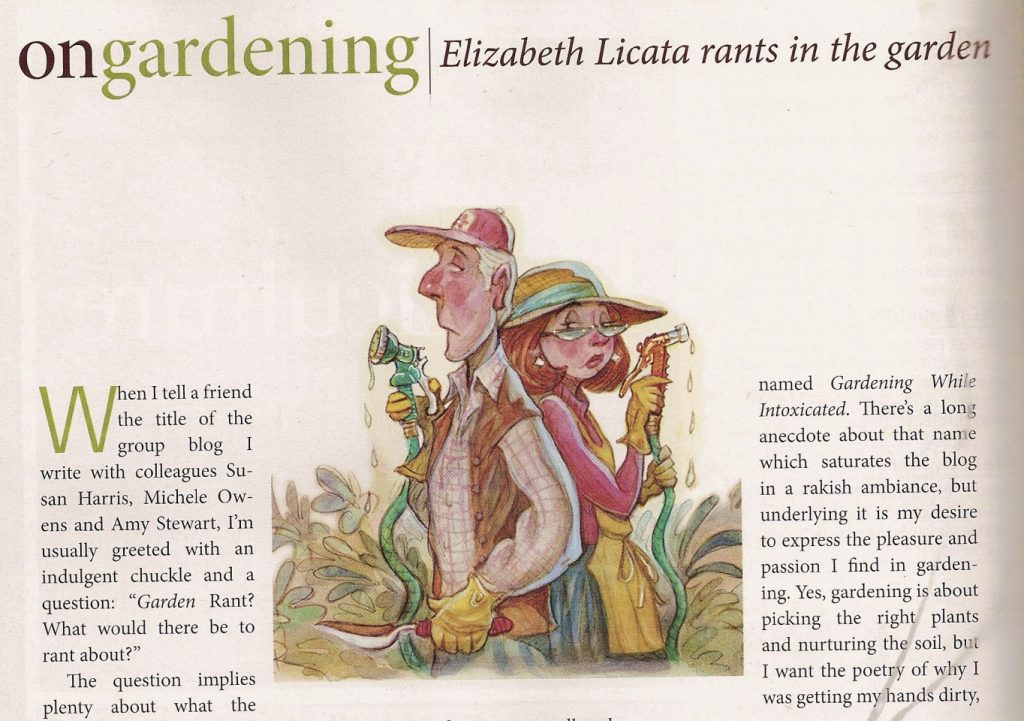 Do politics belong in the garden or in a garden blog? I suggest that the answer to this question doesn’t matter much; politics are there already and have been for decades. I was reminded of this recently while cleaning out a closet that had long been abandoned as a large hole in the wall to fill with junk. In it, I found several issues of Horticulture, for whom I wrote columns and features at one time. The first one, published on the back page in 2008 (screenshot shown above, illustration by Brian Adjhar), was about why I started ranting in the first place. I see that Horticulture still owns full copyright to this (!), so I can only give a couple excerpts, as follows:

Blogs have long been an outlet for uncensored venting by a wide variety of online authors. Few would question the motivations of a career waiter (waiterrant.com), an office worker bee (passiveaggressivenotes.com), or an overburdened stay-at-home mom (SuburbanBliss.net) for complaining—raucously, lengthily, and hilariously, on their respective blogs. Even pharmacists have issues (theangrypharmacist.com). Why should gardening be different?

There are more than enough crucial topics to concern, engage, or even enrage anyone gardening anywhere, and we Ranters witness or read about them every day. And because Garden Rant is a forum we have created and that we alone maintain, we’re free of the constraints and requirements a traditional media outlet such as a newspaper, a magazine, or a radio show might impose. If an issue comes up that one of us wants to address, we go for it, not worrying about whether we should be telling our readers how to plant bulbs for spring color or urging them to fill their hanging baskets with long-blooming annuals instead.

(By the way, the blogs I mentioned above are now either nonexistent or totally dormant, so yay for us.) In 2008, some big Rant topics were lawns (as they are now), the viability of compost tea, the legality of firepits, and, yes, the plans for the White House garden as the Obamas prepared to move in. It was the first new administration we had witnessed since we began in 2006, and, since then, as readers have noted (some with indignation), one Ranter or other has commented on the gardening and/or environmental activities of the two administrations that have followed. I think it’s safe to say that this will continue.

I am more concerned about overarching environmental policies that affect the resources we employ as gardeners and the overall health of the planet than I am about presidential landscaping, but I think it’s all justifiable fodder for ranting. And, anyway, as I noted in 2008, these are our choices to make.  And thanks for making the choice to read!