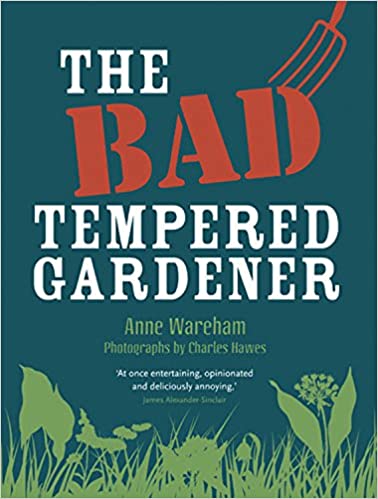 This post from 2011 seems to foreshadow Anne Wareham joining GardenRant this year. In it, Amy described Anne “one of us.  She is opinionated, ill-tempered, witty, and slightly crazy.”

There’s a lot of hand-wringing going on in the publishing world right now.  The poor economy, the closure of many fine independent bookstores, the rise of ebooks—it’s causing a lot of anguish.  And there are some numbers to back up the anguish:  sales of all print books declined ten percent in the first six months of 2011.

In the tiny insular world of garden writers, the anguish seems to swirl around the question of what sorts of books, exactly, publishers still want to publish.  This year they seemed to want charming yet solidly informative books on vegetable gardening and urban homesteading.  Last year it was anything with the word “sustainable” in the title.  And many years ago, in the distant dreamy past, it was aspirational garden memoirs and clever literary essay collections.

Which is why I’m so glad to see Anne Wareham’s The Bad-Tempered Gardener making its way to our shores. Yes, she’s British, but she is one of us.  She is opinionated, ill-tempered, witty, and slightly crazy.  (Read this piece, which appears in the book and also ran in the Telegraph, called “Why I Hate Gardening” if you don’t believe me.) 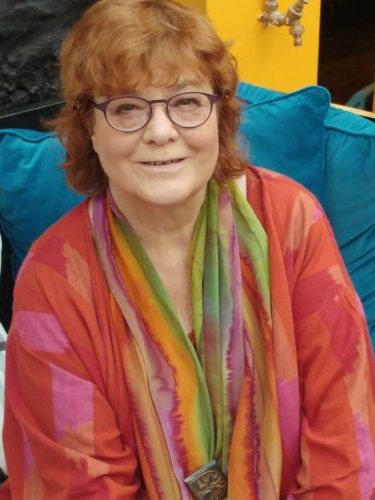 Wareham and her husband Charles Hawes have made a four-acre garden for themselves called Veddw House Garden due west of London near Glouchester. They open it to the public; you can go see it yourself next time you’re there.  The book is a collection of essays about her garden, but also about anything else that happens to occur to her: roses and sculpture and the difficulties of sharing a garden and television. She’s at her best when she writes in a tone of near-exasperation:  it irritates her “for no good reason” when people call her front garden a “hot” garden simply because it has some bright colors.  “We are very short of real excitement in the garden world,” she writes, “and these little sensations have to be made much of as a result.”

She gets considerably worked up over the infantilization of gardeners by the garden media, a subject we’ve gotten worked up over at GardenRant quite a bit as well. But in the UK the situation is undoubtedly worse; in a brilliant essay called “Are Gardens for Gardeners?” she points out that no public (or famous private) garden gets a word of criticism in the media, ever.  Movies can be criticized, restaurants can be criticized, and politicians and celebrities can certainly be criticized—but gardens get nothing but bland approval.  When Wareham proposed writing a book of truthful garden reviews, she said that publishers “couldn’t cope with their anxiety that it might upset people.”

(Dear Ms. Wareham:  As I read the opening paragraphs of this post again, I realize that perhaps the problem in publishing is also an opportunity.  Please do publish your truthful garden reviews in the form of an ebook, something you can do yourself without the interference of a fretful editor.  We promise to wave it around frequently on GardenRant if you do.)

Anyway, it’s a lovely little book with nice color photographs. As much as I generally like to see nice color photographs, Anne Wareham’s voice is so sharp and strong that I hardly needed them—and without the photos, this might have been a $14.95 paperback rather than a $24.95 glossy hardcover.  And in these difficult times, that can make all the difference. But buy it anyway: it’ll make a bad-tempered gardener of you, too, and that can only be a good thing.