No love for street trees 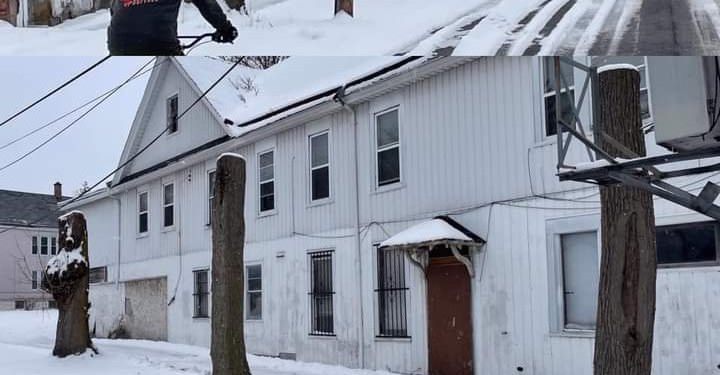 Especially not from utility companies. The image above was taken on a street on the east side of Buffalo, but this scene, or something similar, is common throughout the US, from Pasadena to Lexington to Aroostook. I’m lucky on my street, because our power lines are behind our houses and the tall shade trees on the street can grow unimpeded. That’s not the case in many other Buffalo neighborhoods, where, as you can see, large shade trees are chopped back without much attention to aesthetics. Apparently, this unlovely situation will improve, eventually, when the stumps are removed and replaced—again, eventually—with small ornamentals like dogwoods and crabapples. These are pretty trees that will do little in terms of providing any real shade, but they won’t get in the way of power lines. Note that these trees are technically owned by the city, which can replace, ignore, or mutilate them at will.

There is no question that trees can wreak havoc during storms, when they, or their branches, fall on power lines. No one disputes this. Is it possible to trim trees in such a way that the limbs won’t affect power lines? It seems so. Even better, is it possible to bury or otherwise place power lines in such a way that they don’t have to compete with trees? Absolutely. I just don’t see the will, and I have difficulty taking seriously such statements as this, from an Ohio-based company: Midwest Electric loves trees just as much as you do. But sometimes, they can create hazards with our power lines.

Trees are not prioritized when it comes to traditional energy generation. Trees are in the way. As much as I resent the overwhelming shade and root structures of the street trees that pose daunting limitations to what I can do in my front garden, I’d resent it even more if a power company came along and hacked them away as we see in the image above. And is it a coincidence that such wholesale devastation happens more often in poorer neighborhoods? I think not.

Alternative energy sources can’t come fast enough, if, along with all their other benefits, they can save our beloved—and essential—urban shade canopies.