Can people really love urban weeds? Birds are a much easier sell. 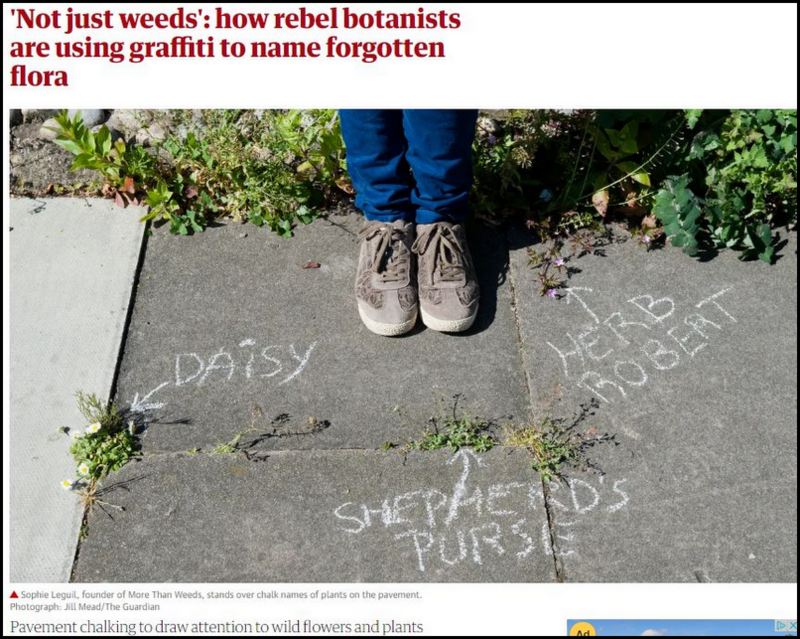 I read in The Guardian about “More than Weeds,” a French group using graffiti to highlight the “names and importance of the diverse but downtrodden flora growing in the cracks of paths and walls in towns and cities across Europe.”

Downtrodden? Why the big concern for weeds? Continuing…

“France banned pesticide use in parks, streets and other public spaces in 2017 and in gardens from 2019, leading to a surge in awareness of urban wild flowers in the country.”

Well, I say go for it but it must be challenge to turn people on to opportunistic weeds that appear, post-pesticides. Their best-known American proponent is probably Harvard’s Peter Del Tredici, whose book Wild Urban Plants got a lot of attention but didn’t inspire graffiti, that I know of. 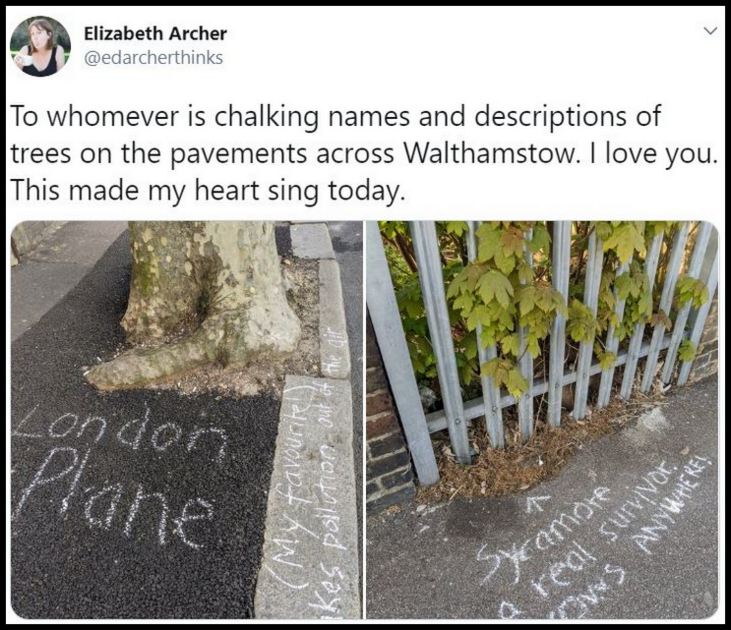 The movement reportedly spread across Europe but ran into a curious obstacle when it reached the U.K. “In the UK it is illegal to chalk anything – hopscotch, art or botanical names – on paths or highways without permission, even if it educates, celebrates and fosters interest and knowledge in nature.” 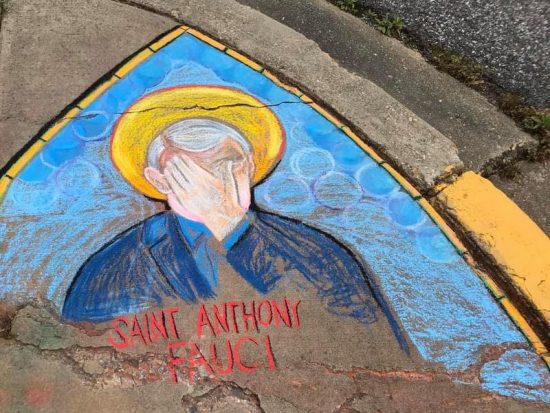 A law like that would be a real loss to my town, where sidewalk art is keeping lots of us sane these days. I’m collecting recent works here. (Of the 42 so far, “Saint Anthony Fauci” here seem to be the favorite.)

But back to those glorious weeds, kept in check no longer. “With less spraying and weeding, we might expect to see up to 400 plant species on walls and paths…That is 10% of our wild flora richness.” And they provide eco-services:

Every flower counts and will be targeted by pollinators – a patch of nettles can be swamped with caterpillars. And bird’s-foot-trefoil, a not uncommon urban verge plant, is a food plant for more than 160 different invertebrates. If we change our perceptions and see the dandelion flower for what it is – an absolute lifeline to our bees in early spring – we might learn to love them more.”

Indeed, a “study by pollinator researchers revealed that many wild urban ‘weeds’ rank very highly for the quantity of nectar and pollen each flower provides, often much higher than a variety of garden plants.”

Like Del Tredici, these researchers take an inclusive approach to plant origin. They make no mention of nativity or not except for a study they link to, where I found this: “We found some non-native species in annual seed mix used to provide substantial resources, and there is evidence that, in an urban context, non-native species can provide useful resources to pollinators.”

Kudos to The Guardian for their entire “Wild Series” feature, of which the article about weeds is an example. They’re covering urban birds especially, which I happened to publish an article about yesterday. (Like gardening, birding is surging in popularity during the pandemic.) I asked a local expert to simply list the most common Birds of Greenbelt, with location and time of year, and all I had to do was add photos and links. 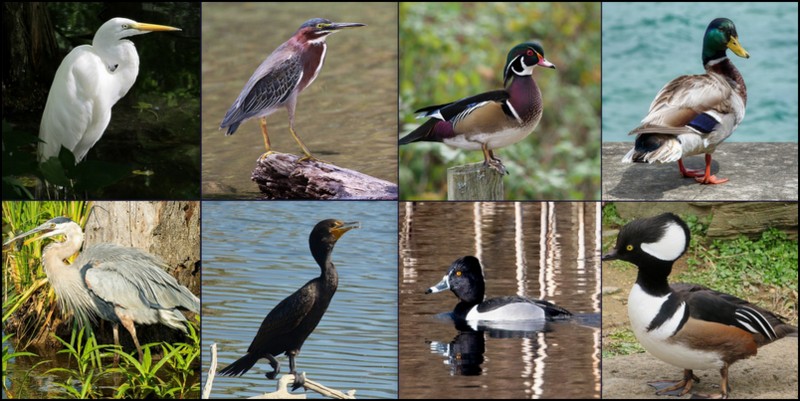 The lake near me is full of water again after more than a year of construction, and I’m determined to at least learn the names of the waterfowl there. Binoculars at the ready!