A Home-Grown Alternative to Ipe 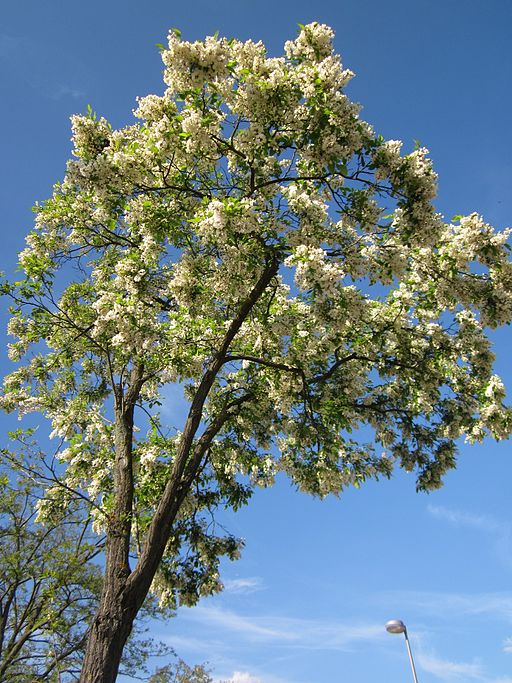 I’ve recently been contributing the text for a book about high-end landscapes in the Hamptons, that playground of the wealthy at the eastern tip of New York’s Long Island.  A couple of features unite almost all of these retreats.  There has to be a huge “resort-style” swimming pool, of course, and beside that a large arbor for lounging made of ipé wood.

Ipé is a tropical hardwood from Amazonia.  Aside from its handsome appearance – its rich, dark color has earned it the nickname “Brazilian walnut” – ipé is valued for its durability.  There are claims that even when exposed to the weather ipé will last as long as 50-75 years.  That sounds extravagant.   I do know, though,, though, that a boardwalk made of ipé on Coney Island, NY lasted 25 years in that difficult seaside, high-traffic environment before it had to be replaced.

So when I recently confronted a need to replace the decking that flanks my own modest screened porch, I naturally thought of ipé.  My deck is in a difficult spot in that it is washed by the rain from our roof whenever there’s a storm, and lies buried in snow for much of the winter.  The western red cedar we’d used when we built the house 16 years ago is rotting, and I want to resurface the deck with something more durable. 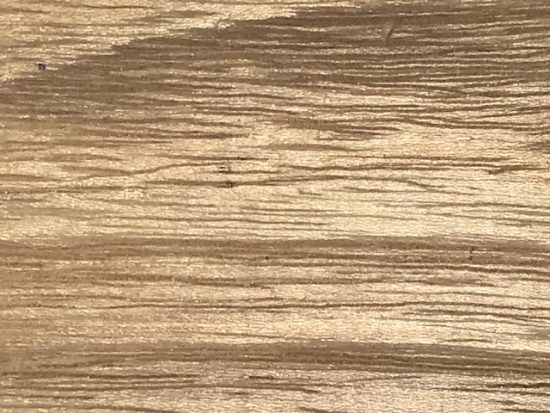 A little research, however, revealed that ipé comes with an unacceptable environmental cost.  It’s a relatively uncommon tree, so that logging it in any quantity requires cutting meandering tracks deep into the surrounding forest.  It’s also slow growing.  Although some suppliers claim to stock only ipé harvested sustainably, an investigation by the environmental organization Greenpeace found that the documentation involved is routinely faked by illegal loggers.

Fortunately, there is a greener alternative available.  I found online a supplier of decking made of black locust.  This is a tree species native to the eastern United States, that is both abundant and fast growing.  Indeed, it can spead so vigorously as to become a pest in disturbed habitats, and is regarded as invasive in parts of the Northeast where it has been distributed as a street tree.  Black locust wood is extremely hard – to drive a screw through it, you have to first drill a pilot hole.  It’s also extremely durable.  Old time farmers favored black locust fence posts because they did not rot even after several decades in the ground.  Although it lacks the rich color of ipé, black locust is reasonably attractive, a warm tan when finished. 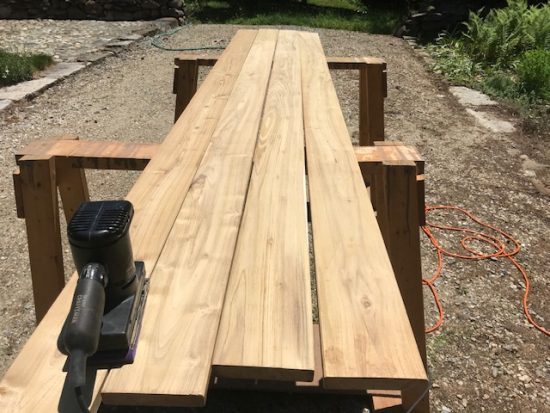 The 5/4-inch-thick, 6-inch-wide black locust boards I ordered were expensive: the cost was $5.59 per linear foot, plus shipping from North Carolina to Massachusetts.  I’ll recoup the expense, hopefully, by eliminating the need to replace the decking during my tenure of the house.   Plus, of course, there will be the satisfaction of knowing my deck wasn’t hacked out of the heart of a tropical rain forest.  What price do you put on that?