There is No Planet B 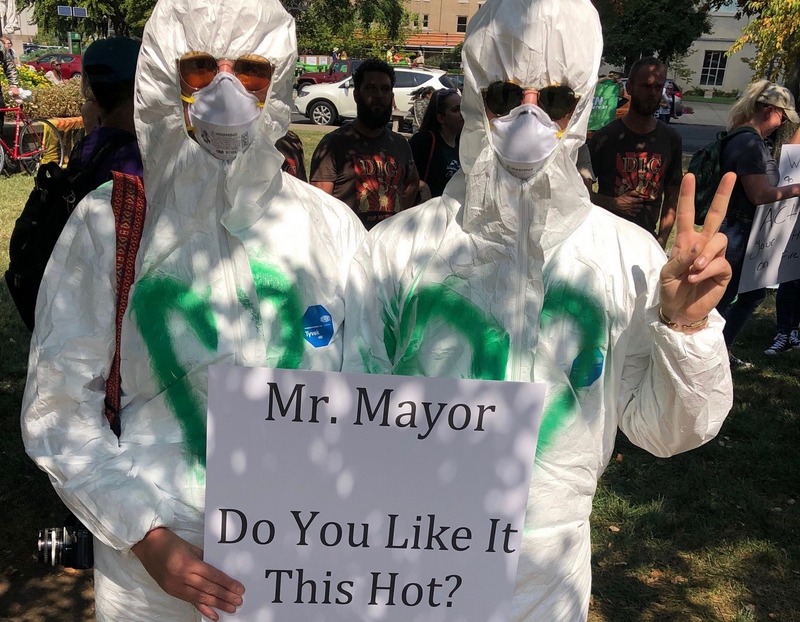 There were student-led Global Climate Strikes all over the world last Friday, inspired by the lovable 16-year old Greta Thunberg. An estimated two hundred people rallied in Louisville. The Louisville kids were lovable, too. I felt unqualified to be among young people so passionate and unjaded.

Is it time to follow their lead or do we roll our eyes and remind them they have so much more they need to learn?

The kids delivered moving speeches, imploring the powerful to take action. “There is no Planet B,” one sign read. I was deeply moved and thanked many of the kids.

The most memorable remark, however, came from an old man, passing by, who saw my sign, “Mr. Mayor…How hot do you like it? More Trees!”

He asked me, “Why bother with trees?” I pointed out how much cooler it was in the shade of the park tree we were standing under. “Air conditioning is a whole lot better,” he said.

I don’t think he knew what he’d stumbled into, earlier, when he walked into Jefferson Square Park across the street from the mayor’s office. The old man, around my age, had no idea how profound his words were. His simple statement was the head-scratching difference between reality and vision. There are a lot more people comfortable with air conditioning than planting more trees.

Oh, to be young again, courageous and undeceiving.