Spiders and snakes and coyotes, oh my! 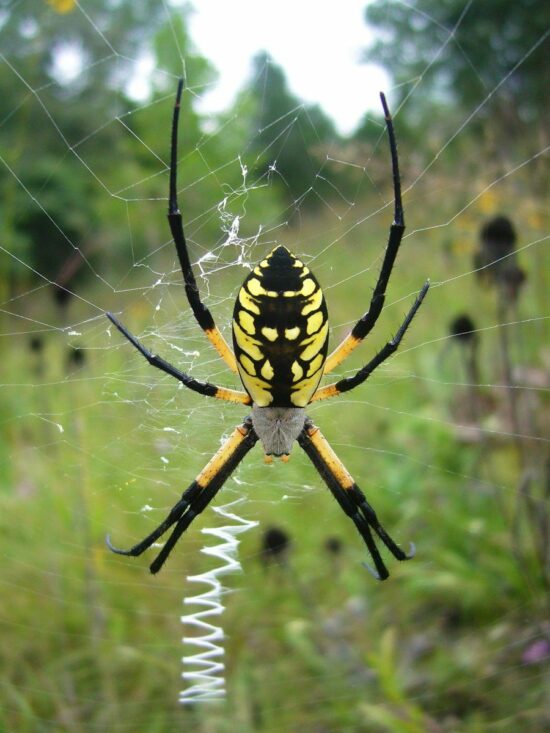 Facebook has its negatives, but does offer insights. Without running a formal poll complete with statistical analysis, you get a feel for the general population’s reactions to certain things. Some posts go ignored while other posts garner dozens, even hundreds of excited comments, and no, I’m not talking about politics. I’m talking about reactions to unpopular creatures in the natural world.
Photos of snakes generate enormous response, and unless you are on a page that is slanted toward wildlife conservation, you get a whole lotta haters. Many comments are assertions of how fast that snake would be chopped into little pieces, or riddled with bullets. Others are panicky statements of pure horror at the very site of the vile creature. Spiders get the same kind of love (not)!
Granted, gardeners are usually the exceptions and I do like to think we are more cognizant of the workings of the natural world, but truly, I’m confused by the reactions of so many. Could it be possible that the majority never learned the simple concept of predator/prey balance in nature? Was my education something truly exceptional? Remember I’m from Mississippi, so that’s unlikely. (Don’t send me hate mail! I love my home state but once again, we are ranked very near the bottom.)
The concept is simple. When a prey population gets plentiful, the predator population that feeds on them prospers. Once numbers are reduced, the predator population ebbs and the prey population surges again. This system of checks and balances worked pretty well until man got in there and started playing favorites. 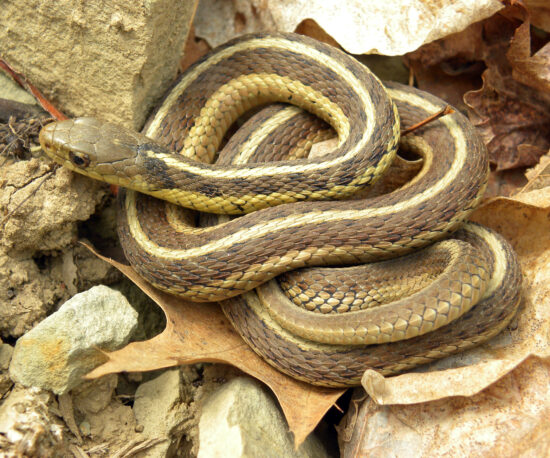 Predators were not favorites.

This was likely justified in pioneer settings when a hawk eating your chickens might mean your family went hungry, and I would still feel entitled to use lethal means if necessary to combat any creature preying on my pets or livestock, but indiscriminately killing those predators minding their own business is just dumb. Gardeners accept the roles of beneficial predator insects, but even some of them seem to have a harder time extending that appreciation to spiders and snakes. These valuable allies help keep in check the populations of plant damaging insects and rodents. 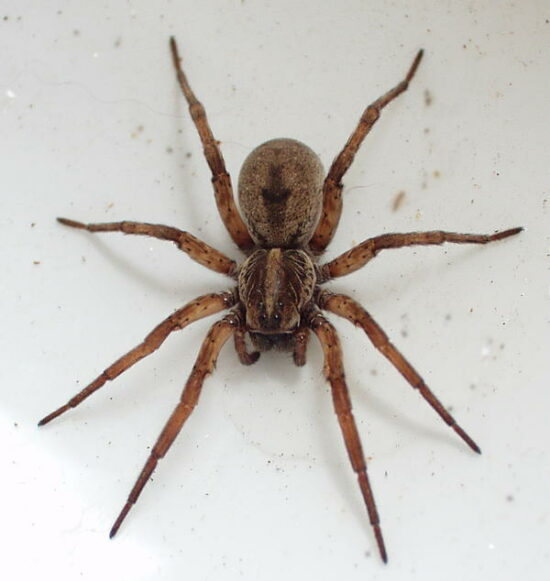 I was lucky and had a mother that loved spiders. She told us that spiders eat lots and lots of flies and mosquitoes that were worse enemies by far. What is the saying? The enemy of my enemy is my friend. Yet a common reaction is to knock the spider to the ground for a quick stomp or make a run for the spray can, but not my mama.

Years ago, as I was working on a piece about spiders, she told me a story that happened before I was born. A big yellow garden spider (Argiope aurantia) had taken up residence on the porch and she taught her two little boys (my older brothers) to catch grasshoppers and throw them into the web for the spider to eat. She said they spent many happy hours catching bugs to feed their spider friend. One day a man knocked on the door to deliver the cleaning, and told her cheerfully that he “killed that big spider for you, ma’am.” She didn’t have the heart to tell him he had done her no favor. The moving thing to me was that I could still hear the sorrow in her voice for a spider killed half a century ago.

It isn’t the only reason I am truly fond of spiders. Driving leisurely down a deserted country lane years ago, I saw something the size of a small mouse trucking slowly, but purposefully across the road. I stopped the car and walked up to see it was a large wolf spider, carrying dozens of tiny babies on her back. As I bent over her, she reared toward me brandishing her front legs and her babies fled down her back legs and into the grass. How could I not feel a rush of appreciation for this small creature that so bravely threatened me as her children raced to safety? I bowed in respect as I stepped back, and she settled back onto her eight legs. I was astonished to see the baby spiders run back to climb her legs and resume their positions on her back, and on they went. I was mystified on how she was able to summon them back once she felt it was safe to continue, but I know what I saw., so was certain she had. A little research confirms that spiders can and do communicate with one another using smell, touch, sight and sound. Do a search for acoustic signaling in wolf spiders and be amazed! 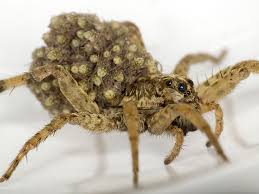 Besides their touching familial relationships, I return to their usefulness. I wonder what the ratio might be of mosquito bites to spider bites? Sure, a venomous spider bite can be painful, and even occasionally serious, but should one investigate the deadliest creature in the world, mosquitoes rank No. 1. By far. Humans rank second, by the way. If you break it down by country rather than globally, in the United States the biggest category of deadly animal is listed as “farm animals”. Yes, cows and horses, yet you don’t see people virtually shouting on Facebook that “the only good cow is a dead cow!” I’ll give you that it isn’t easy for a cow to be lurking under your potted plants on the deck. Spiders can do that.

Snakes can do that too, but the odds of being bitten by a venomous snake in your lifetime are one in 37,500. Being struck by lightning is one in 15,300. Actually dying from a venomous snakebite is extremely rare. In the United States, only one person in every 50 million will die, according to figures from the US Department of Wildlife Ecology and Conservation. That works out to be about 6 people per year. In that year, more than 37,000 people will die in car and motorcycle wrecks. Car wrecks are sometimes caused by deer, which leads me to defending another predator, the coyote.
Wolves, bears and cougars suffered a bad rap first. The virtual eradication of these large predators in the eastern US contributed to deer populations erupting into such huge numbers that they are now costly and devastating pests in many suburbs.
Coyotes moved in as they were decimated and are filling a needed predatory role, yet many hunters happily brag on their efforts and successes killing coyotes, feeling justified because of their mostly negligible impact on deer populations. Guess what, coyote-hating deer hunters? We need more predators and fewer deer – lots fewer deer. 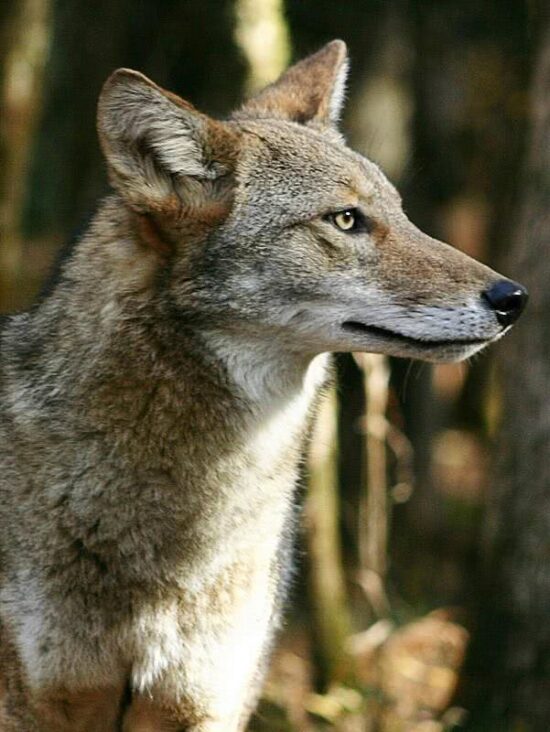 In the gardening world, we know that the topic of marauding deer dominates many forums, but beyond that world, the negative impacts should not be ignored. In a typical year, deer are struck by motor vehicles more than a million times, killing more than 100 people. That is more than the combined total of deaths caused by sharks, alligators, bears and rattlesnakes. Vehicle damage totals more than a billion dollars, and you can add on another billion for the damage done to farm, forest and landscape. Yet cute pictures of little fawns in the yard don’t seem to inspire comments on how fast it would be chopped up into tiny pieces. Folks might offer to shoot it when it gets past the cute fawn stage, and certainly more deer hunting would be helpful, but hunting isn’t as effective as it could be when the focus is on taking out the trophy bucks. Shooting more does would help. Hunting laws do encourage that practice these days, but the trophy buck mentality still wins out.
By the way, I’m from hunting stock and whole-heartedly condone hunting when done legally and ethically. As a carnivore, I feel better about that free-range locally harvested meat on my plate than I do about the store-bought meat that lived caged until killed for my consumption. I realize this offends those that are vegetarian or vegan and some will lambaste me for my carnivorous ways. If you choose to do so, it is my choice to respond this one time with a thought gleaned from reading Joseph Campbell’s writings. I am paraphrasing here but it went something like…”don’t kid yourself. Life is a process of killing and eating other living things, whether animal or vegetable. It is whether we do it with respect and gratitude.” Period.
I also know that there are people who have lost loved pets to coyote and cannot bring themselves to see any good in the killer. I can only ask you to refrain from condemning the entire coyote clan for that personal tragedy. Darn right I would I kill a coyote that threatened my dear four legged family members, but I would never consider that a reason to shoot a member of the pack that keeps their distance in my valley. So far, my dogs and cats have managed to peacefully co-exist. The only strife has been the howling rivalry at dusk or 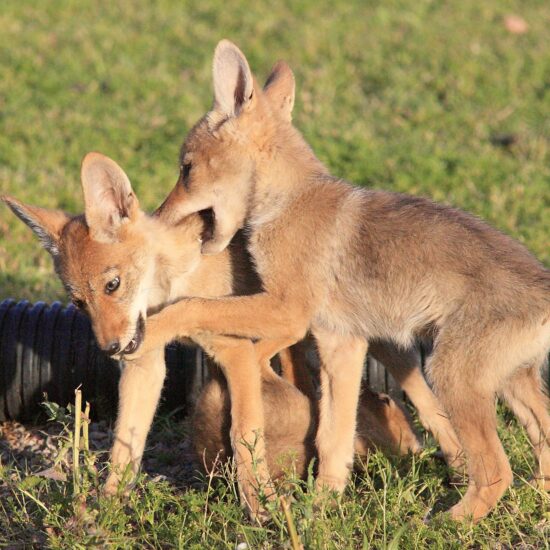 during moonlit nights.
Look, I get that something in our genes makes us jump when startled by a spider in the tub or a snake suddenly writhing underfoot. I’ve been known to levitate out of a john boat when I discovered a snake under the seat. I’ll admit to the lurch in my adrenalin when I make a turn on a woodland trail and get a glimpse of a coyote’s yellow gaze, but here is what I don’t get. Why is that most people don’t go on to the next logical thought – that these creatures have valuable roles and for the most part, are harmless. Why are so many people that frightfully unenlightened? Do they ignore data because they enjoy killing harmless creatures? If they are of religious persuasion, do they think the Creator made some terrible mistakes along the way? Maybe I’m the one skewed, but it seems to me the more dangerous animals are the human beings that continue to choose ignorance.