The Spotted Lanternfly is No Hoax 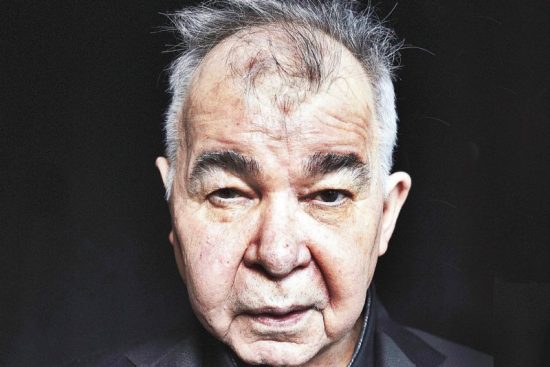 The singer-songwriter John Prine doesn’t have anything to do with the hungry spotted lanternfly, but bear with me.

Spotted lanternfly is not a hoax. Unless you are a “fact-resistant human,” you should be scared. These border crossers are bad. John Prine, on the other hand, has some thoughts on the Tree of Forgiveness that I’ll get to in a minute. The planet needs redemption, and I’ve found comfort in one of his songs.

I first heard of the Asian spotted lanternfly a month ago. It hasn’t arrived yet in Kentucky, but it has begun invading portions of the east coast. Lloyd Traven of Kintersville, PA, co-owner, with his wife, Candy, of the innovative Peace Tree Farm, posted on Facebook a few weeks ago: “Took a 6 mile kayak paddle with Candy, on the lake. All these little floaty things started showing up, little dots on the water. Fucking lanternfly!!!!!”

Spotted lanternfly is not a one-stop shopping tree killer like the emerald ash borer that kills ash trees and possibly a few other associated relatives. (We’ve had hundreds of ash trees killed on our farm.) The spotted lanternfly prefers a smorgasbord of woody plant genera: oaks, maples, willows, pines, apples, peaches, grapes and the list goes on.

I worry the genie is out of the bottle with the spotted lanternfly. I don’t know if there’s any practical way stop the spread. I asked Lloyd if he had any idea about what the potential tree damage might be. He answered via email: “Too early to assess but they are planthoppers, so [they] insert a stylus, and weaken trees and secrete honeydew and likely viruses, etc. It is going to be ugly next year. The egg masses are almost impossible to see, and they lay eggs on any surface, like cars and trucks and trailers and coolers and backpacks…anything.” 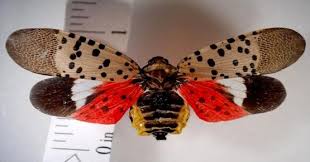 Protecting rain forests, woodlands and urban tree canopies are often mentioned as sensible measures to slow global warming, but the muted response to the UN Climate Report worried me.

Donald Trump was interviewed ten days ago on 60 Minutes, a few days after the release of the UN Climate Report. He is not concerned about global warming.

The day before his 60 Minutes appearance, Donald Trump spoke at a campaign rally in Richmond, Kentucky. “We have ended the war on clean, beautiful coal,” he said.

Prine’s wry lyrics, from the song When I Get to Heaven might be worth listening to—sooner rather than later.

Maybe the planet will cool miraculously. Probably not. Keep in mind: 17 of the hottest years have occurred since 2001.

You can find solace when John Prine sings: “I’m gonna open up a nightclub called The Tree of Forgiveness. And forgive everybody ever done me any harm.”