Catios: a solution for letting cats enjoy the outdoors—safely 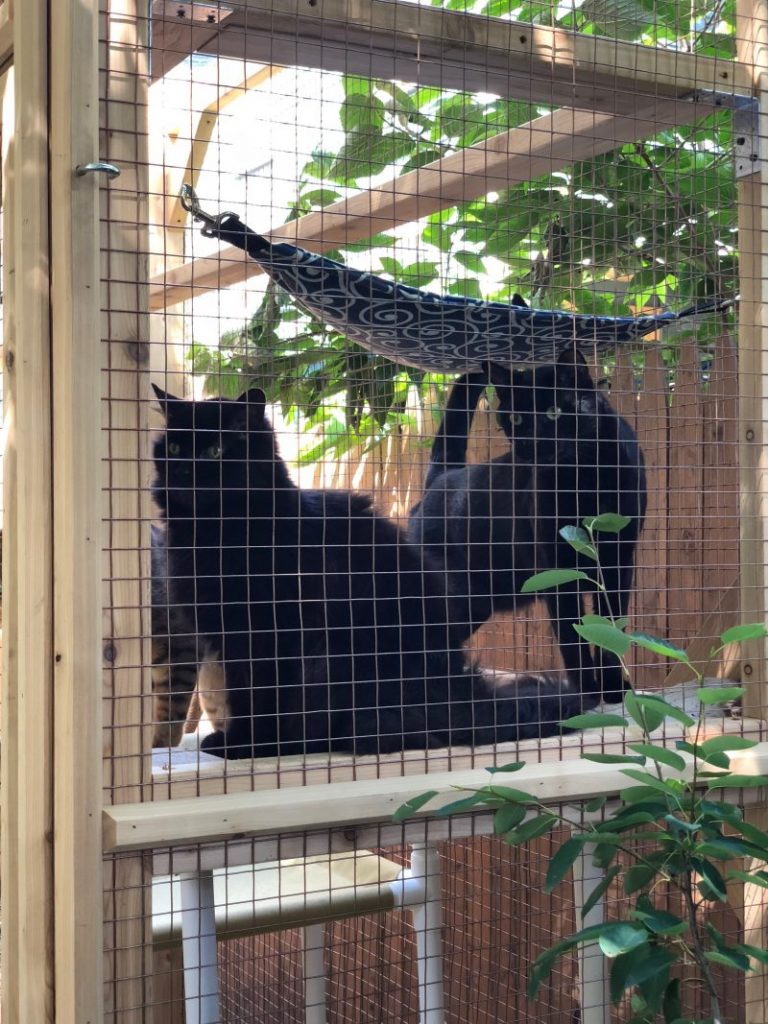 Merlin and Sirius Black in their catio

Backstory: As some readers will remember, I’ve posted before about free-roaming and feral cats and the dangerous lives they lead—dangerous to both them and their songbird prey. Studies vary, but it’s safe, even conservative, to assume that a billion or so birds and an even larger number of small mammals are killed per year. On a less serious level, cats like to treat the gardens they happen to wander into as litter boxes, which is not great for plant health or general ambiance. 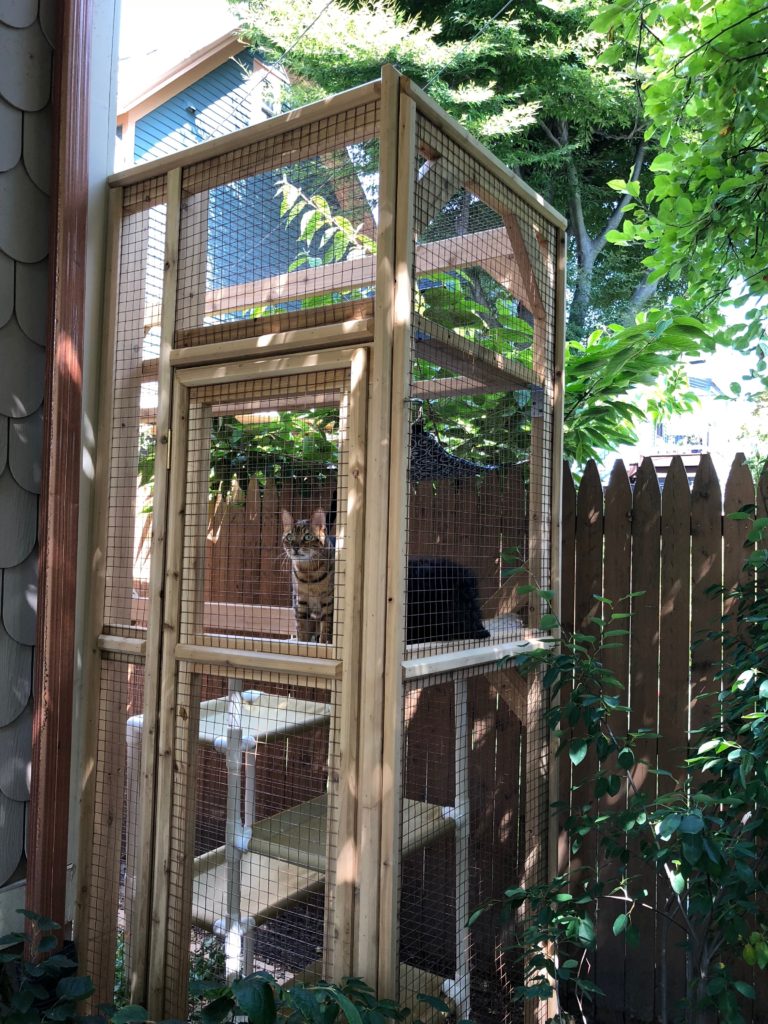 In Buffalo, animal agencies follow the TNR (trap, neuter, release) policy for feral or abandoned cats, which is considered humane by some, ineffective by others, and downright cruel by a group of animal activists who believe the lives lived by outdoor cats are characterized by hardship, disease, and injury. It’s difficult for me to speak to this, as I’m not sure what the alternatives would be. As a cat owner, I keep my cat inside.

A friend and neighbor, Johanna, has a different solution: she’s built a catio. I’d heard of these, but had never seen one in person. Hers is pretty cool, I must say—sort of an outdoor jungle gym that three of her four cats seem to enjoy. Johanna’s carpenter friend Eric Peterson designed and built the structure, which is based on similar designs seen on (where else) Pinterest. It is accessed by a cat door in the house, and the cats can enter and exit at will. There is an interior climbing structure that I think is key—we know cats love anything they can climb—and the catio can be used in winter.

During Garden Walk weekend, the three cats, who are vocal and full of personality, basked in the attention of about 1200 visitors, but Johanna reports that she has noticed Weasley, Merlin, and Sirius Black (who has 15k Instagram followers) using the catio when the garden is empty. The garden, by the way, is new, and very attractive, with a planted fence, veggie/berry patch, fruit trees, water feature with architectural remnants, and many natives. I didn’t take great pictures of it, but here’s the pond: 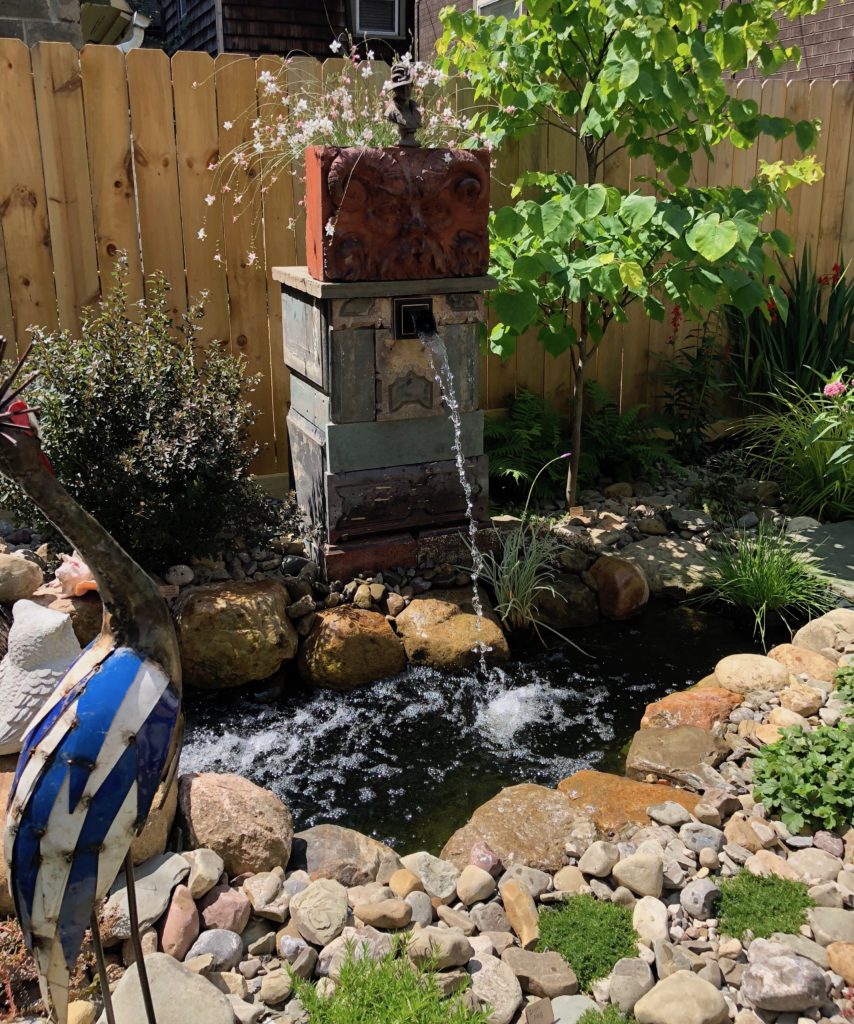 Elsewhere in the garden

Our fifteen-year-old cat, Livia, seems satisfied with sitting in the window occasionally and might go as far as the steps if the door is open. I think she’s fine without a catio. But if I had younger cats and the wherewithal, it’s definitely something I’d consider.