Why not Replace Confederate Statues with Trees? 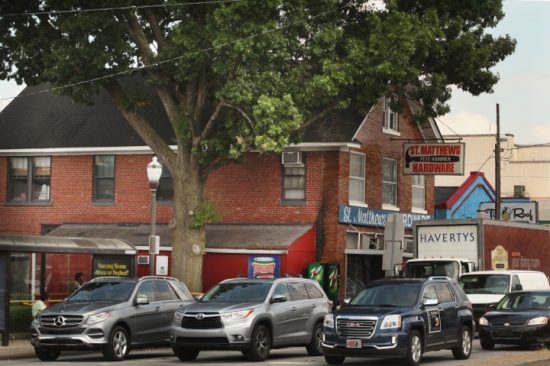 Since the tragic weekend in Charlottesville, I have wondered why so few people have paid so little attention to trees. Much attention has been given to the argument about whether statues of Confederate soldiers should remain, be removed or re-located. A fallen tree here, another tree removed there. So what?

We at least were not burdened with statues of British generals.

Does anyone know of any American statues of British General Charles Cornwallis? Great Britain had its colonial supporters. Was there no desire to hearken back to the halcyon days of early British settlement in the New World?

An old oak tree was removed in Louisville a few weeks before the Charlottesville protests. It stood adjacent to St. Matthews Hardware. The small, independent hardware store was beloved, but the owner was ready to retire. The future odds were stacked in favor of big box stores for nuts and bolts. The property was sold. The store and the oak were taken down to make room for a bank.

The pin oak was somewhere between 75 and 100 years old. It looks older, but pin oaks are fast growers. A lot of pin oaks in Louisville were in decline, due to stress and disease, but this one had the makings of a survivor. Strong, resilient and adaptable to passing traffic spewing toxins into the Ohio Valley.

The effort puts a small dent in the overall need. (The city is losing an estimated 50,000 trees per year.) Tree planting goes unnoticed. There is little fanfare for trees or sorrow when they are lost. Louisville’s mayor could change that direction, but it’s a hard sell. Trees offer little political cover.

European settlers in North America pursued a cut and burn approach to trees. The frontier needed to be shaped for early white settlements. Crops had to be planted. Great Britain needed ship masts and timber from the new world.

Anyone interested in pursuing tree planting on a large scale today might be thrown into a marginalized Johnny Appleseed category—a spectrum from why-bother to crackpot.

Only in the last few weeks has it become curious to me—why there is there so little interest in living trees and so much interest in trying to save statues to preserve a culture of dead, white men?

Why not replace every Confederate with 3 trees?