GardenRanters and Friends Win Awards at the American Hort Society 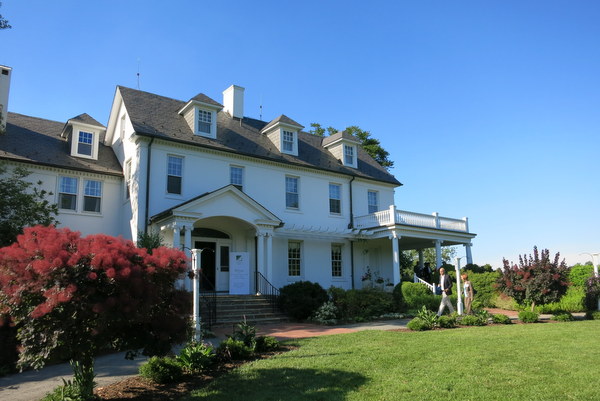 Last night the American Horticultural Society held its annual awards gala at its headquarters (above, an estate formerly owned by the Geo. Washington family) on the shores of the Potomac in Alexandria, VA. I was there, along with two GardenRant award-winners an assortment of movers and shakers in the plant world. The weather was perfect and so was the whole event.

Awards were presented for books and for awesomeness in various categories – the Great American Gardener awards. 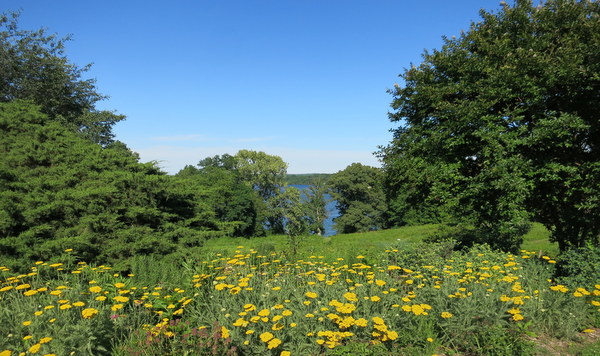 Here’s a peek through some Achilleas to the Potomac River. 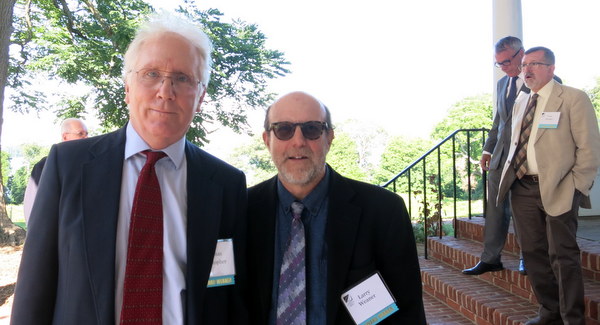 Now for some winners! Here’s our own Tom Christopher with Larry Weaner, co-authors of the award-winning Garden Revolution. On the far right is award-winner Allen Bush descending the stairs with Tom Fischer, editor of Timber Press. (He won the Garden Communicator Award.) 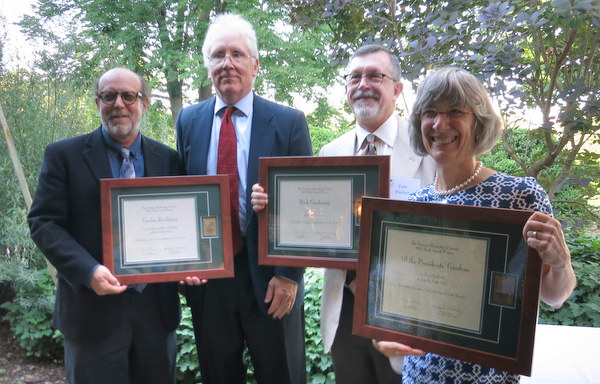 (Hey Joseph Tychonievich – we missed you!) 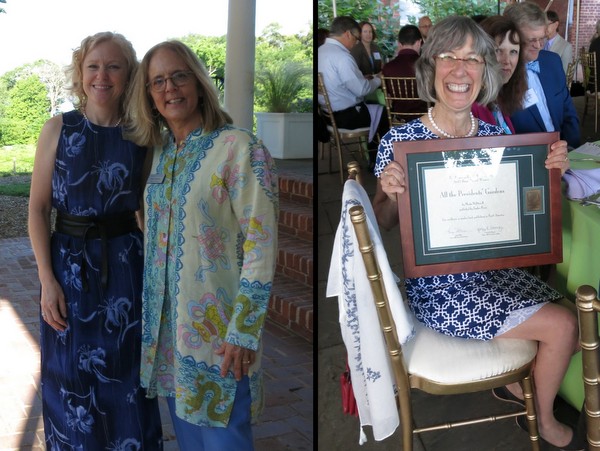 Above left are Amy Bolton, chair of the AHS board of directors, with their Interim Director Holly Shimizu (you saw a bit of her beach garden in this recent post). Marta McDowell on the right is the very picture of a happy winner.

Thanks to Allen Bush being named a Great American Gardener, I finally got to meet his lovely wife Rose. Aren’t they cute together?

Here’s Allen accepting the awards by spinning tales and daring to get a bit political. 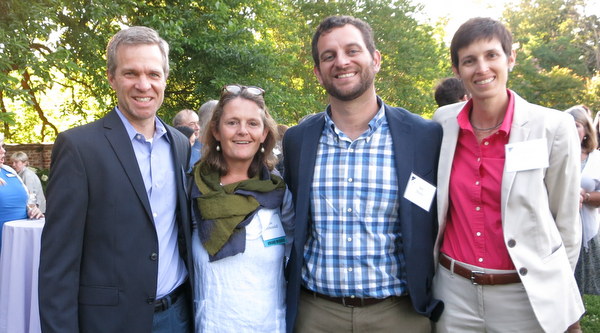 The U.S. Botanic Garden was out in force to help celebrate their own Lee Coykendall, a Great American Gardener for her work educating kids. She’s here with USBG Director Ari Novy and Susan Pell, whose morphology tour/talks I’ve raved about in this post. (I knew the name of the fella on the left at some point but not this morning.) Devin Dotson, profiled here on the Rant, arrived a bit later. 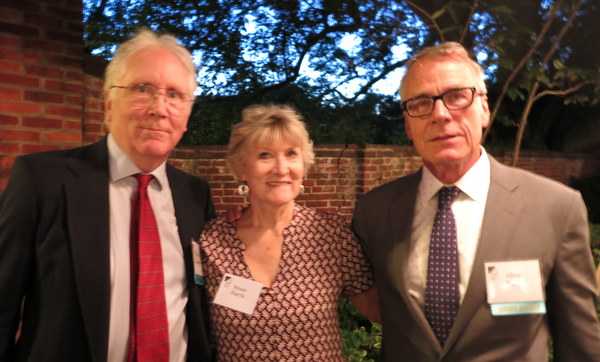 Finally, a shaky-cam shot of us Ranters enjoying our mini-meet-up. I’ll see Allen again this summer in Buffalo (for Garden Writers) and maybe Tom, too. It’ll be fun to hang out with Elizabeth on her home turf.