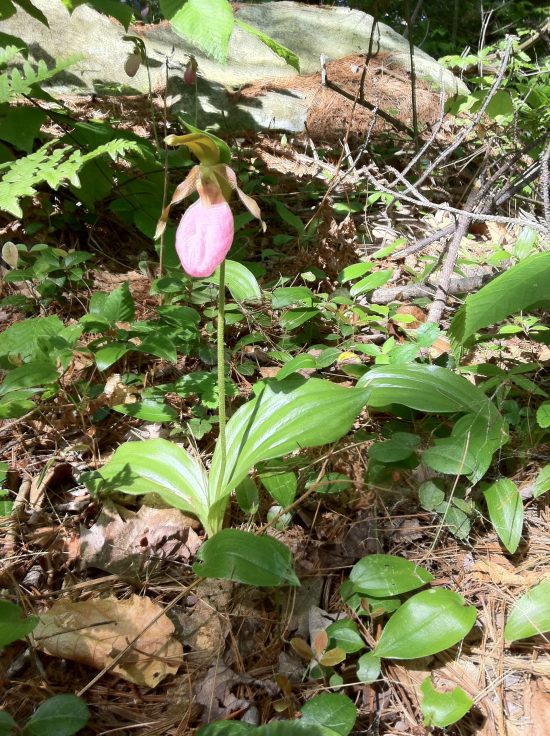 Will the wild orchids in my woods survive the changes of the next half century?

There was a certain irony in the timing, given America’s withdrawal from the Paris Climate Agreement.  Still, last week was the time when a group of Master Gardeners had asked me to give them a lecture about the possible effects on gardening of global climate change – and how gardeners can do their part to meet this challenge.  Because my wife is a geologist who studies long-term climate change, I had expert help with the scientific aspects of this issue.  Different climate-modelers present different scenarios of what is likely to happen as our current century unwinds, but virtually all agree that unless we kick our addiction to fossil fuels, our climate will grow significantly hotter by the end of this century.  Indeed, the way things are going now, it looks as if by 2100 summers in upstate New York will be as warm as those of present day South Carolina.

Obviously, this sort of transformative change will have many effects on gardening.  One point that particularly troubles me is the impact that it will have on what plants will flourish naturally in our region.  Like so many other gardeners, I support the use of native plants – that’s a fundamental part of the message of Garden Revolution, the book I wrote with landscape designer Larry Weaner.  But what will be native when the trees we are planting now mature?  By century’s end, even if we moderate our use of fossil fuels, suitable habitat for our current forest types are predicted to have drifted 350 miles northward.

Changes are already underway: already we are seeing forests stressed by the northward movement of what were formerly southern pests such as the southern pine beetle, which was formerly confined to the Southeast but which is now moving into southern New England.  Many kinds of wildlife are also stressed by the change in the seasons.  The earlier arrival of spring is prompting the earlier emergence of many insects; animals higher up the food change such as birds have typically adjusted less to climate change with the result that they are hatching chicks at times when caterpillars and other customary foods for the nestlings have passed.

Other than the obvious point that gardeners must do their part to moderate climate change – for example, minimize the use of dirty two-stroke gasoline engines and the application of greenhouse-gas-generating synthetic nitrates – the answer to our changing ecosystems is beyond me.  Given that Americans in particular seem loath to address their addiction to fossil fuels, perhaps the most realistic response is to accept that our current native plant communities are on their way out, or at least on their way north.