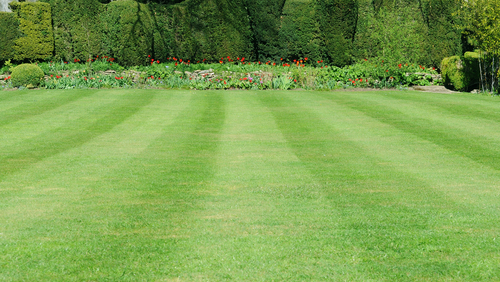 News from the garden-product company we love to hate – Scotts-MiracleGro, of course.  As reported here (via a Rant tipster) CEO Jim Hagedorn announced at the company’s annual meeting that it’s testing genetically modified grass seed (Kentucky bluegrass) that will withstand the large-scale spraying of the herbicide Roundup on our lawns, calling it a “major step forward” and predicting its arrival on the market as soon as next year.

A little history is worth telling here.  Scotts previously tested a GMO bentgrass that turned out to escape from the Oregon test fields.  Oops!  So now they’re trying another species, but with a big difference – this time they don’t have to get USDA approval for the product, thanks to a loophole in the USDA regs.  Curiously, only genetic modifications involving plant “pests” (like bacteria) are required to be approved by the USDA, and the new Kentucky bluegrass product doesn’t use bacteria – so it has a free ride to market!

In addition to the chance that this product will also, just like bent grass, eventually escape, there’s well-founded concern that the large quantities of Roundup that will be used on lawns planted with this Roundup-resistant seed will eventually create herbicide-resistant weeds, leading to greater use of Roundup or more toxic herbicides.  Concerns have been reported widely – in the NYT, Wired, Safelawns, etc.

On the bright side (I guess), this “enhanced turf grass” is also designed to grow slower, so need less mowing, and also be more drought-tolerant.  Scotts is actually calling this a “sustainable grass.”

But the bright side for Scotts, which has shown repeatedly that it doesn’t give a damn about the environment (e.g., knowingly selling bird-killing bird food), is in the green stuff they really care about – a market opportunity for this product “probably significantly north of $500 million and probably less than $1 billion,” according to Hagedorn.  Plus increased sales of Roundup, which is made by Monsanto and marketed by – wouldn’t you know?  Scotts-MiracleGro. 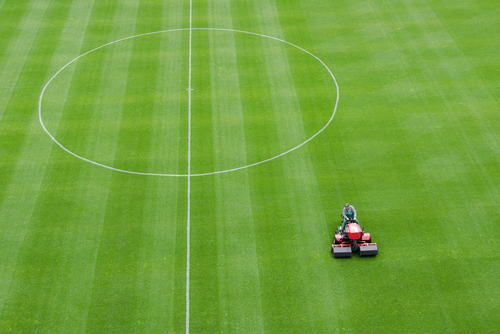 As I’ve written here before, I’m not necessarily anti-GMO myself, but I think it should be used sparingly and only for good purposes, like feeding people.  We already know there are better ways to produce slow-growing, drought-tolerant lawns, and also that there are better ways to control weeds than using herbicides.  But what’s most infuriating of all about this product is that it’s totally unnecessary.  An honestly sustainable approach, which we’ll never see this company take, would be to stop telling  Americans they have to have perfect-looking monocultures without a single “weed.”  The totally unnatural lawns pictured above need to become reminders of the bad old days of American gardening.

And whatever happened to that boycott? 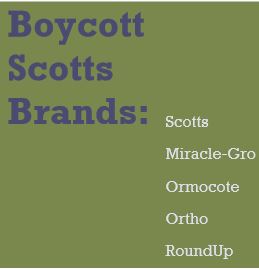 When GMO research by Scotts was first announced, there were calls for a boycott (also here) against the company, which somehow didn’t gain traction.  Though the many expressions of outrage do make for fun reading.  From Natural News:

If Scotts Miracle-Gro pursues this genetically modified lawn seed, it will instantly place itself on the list of the top 10 most evil companies in North America, earning it widespread criticism, condemnation and boycotts from consumers (who, for the most part, have a positive image of Scott’s right now). Many gardeners who currently use Scotts Miracle-Gro products will boycott them instead. Gardeners love the natural world, remember. And they do not like to see companies unleashing GMOs across that natural world.

Memo to Natural News:  there was plenty of outrage against the company before this latest move that you’ve just noticed.  But hey, welcome to our world!  And stay tuned.