The Gift of Steve Foltz

The grateful person knows that God is good, not by hearsay but by experience. And that is what makes all the difference. 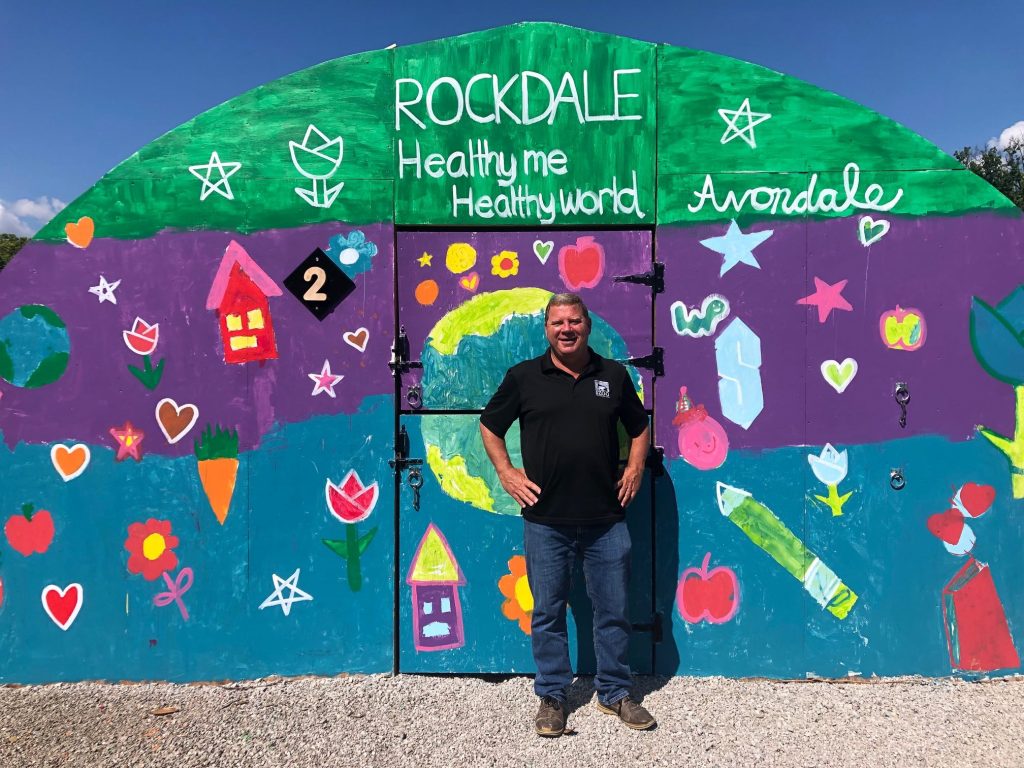 In late August Steve Foltz was given the last slot at the Plant Trials Day Symposium at the Cincinnati Zoo & Botanical Garden. The auditorium was packed to hear top-notch speakers—each one a gardener of distinction, including Garden Rant’s own Marianne Willburn and Scott Beuerlein, plus Dan Hinkley, John Grimshaw, and Janet Draper. The speakers were each given 50 minutes. They knocked dozens of their favorite plants out of the park. Steve Foltz got a mere 10 minutes late in the 9th inning.

What could Steve do to top all of this?

The horticultural veteran possesses a profound gift. He is wired to share what gardens offer: excitement, beauty, contentment, education and community health.

He spoke with immense gratitude as if he had won the Oscar for Best Director. Steve is the Best Director of Horticulture at the Zoo. He lavished praise, for a third of his ten minutes, thanking sponsors, members of his staff, hundreds of volunteers, and the school kids and teachers who have been involved with the CZBG/Rockdale Urban Learning Garden. His brief message in front of a crowd, saturated with new plants and beautiful gardens, was not lost on me. Steve does not toot his horn, but he is a man inspired. He made his case for the zoo’s horticultural involvement in the neighboring community. 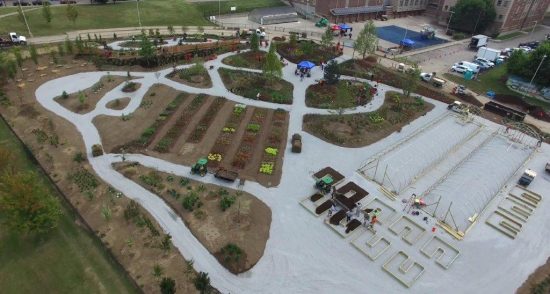 You can do beautiful gardens anywhere

“People are really interested in gardens,” Steve said. “We really want to get into our urban community and show that you can do beautiful gardens anywhere… the urban area around the Zoo is deprived of the opportunities you’ve seen today, here at the Zoo and in the presentations.”

Scott Beuerlein, Manager of Botanical Outreach at the Zoo, had tipped off a group of attendees, beforehand, who were traveling to Cincinnati for the symposium: “Just wanted to let you know that if you are here, we’d really like you to see some of the Zoo and our Rockdale Academy Community Garden.” The Rockdale Garden is amazing and a perfect example of how horticulture should approach Community/Learning Gardens. (Read Susan Harris’s Cincinnati Zoo has Baby Hippos and Great Landscapes, Too.)

Andrew Bunting, Vice President of Horticulture at the Pennsylvania Horticultural Society, responded: “I went to Rockdale in the spring. It is a great project worth seeing!”

I arranged with Steve to see the CZBG/Rockdale Urban Learning Garden the day before the symposium. 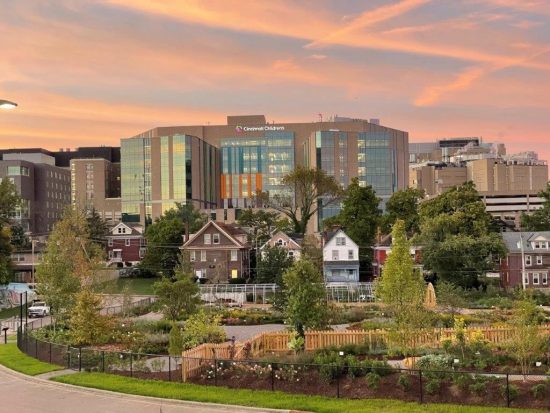 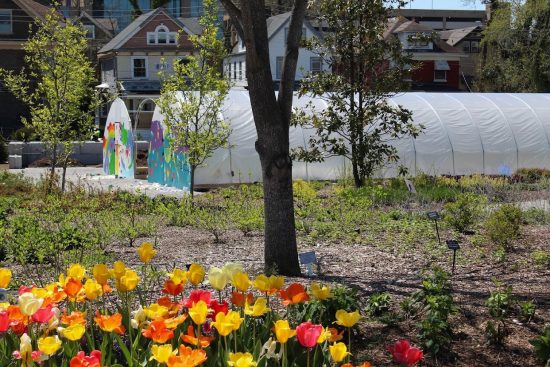 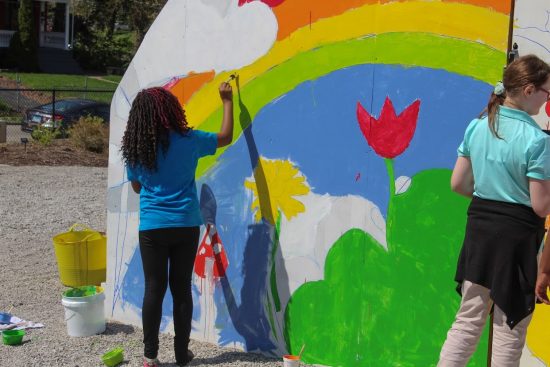 Rose and I were blown away

Rose said afterwards: “You’ve got to write about Rockdale.” She’d read my mind. This was not an ordinary vacant lot fixer-upper. The 1.7-acre garden, two blocks from the zoo, was—unique: beautiful, well-planned and funded and delightfully multifaceted. There is no better way to say it: The garden was  wonderful. Steve, who has long been besotted by ornamental plants, pointed out, “We are trialing the coolest, newest stuff at Rockdale for potential use at the Zoo.” That’s not all. The Rockdale Urban Learning Garden  supplies plants for the zoo and benefits Rockdale Academy school children and the community.

A success like the Urban Learning Garden, and I’m not aware of anything comparable to Rockdale, can be accomplished only by a leader with experience and wisdom who understands the challenges of managing gardens and of raising money, and who communicates passion, and can play maestro with all the constituencies. 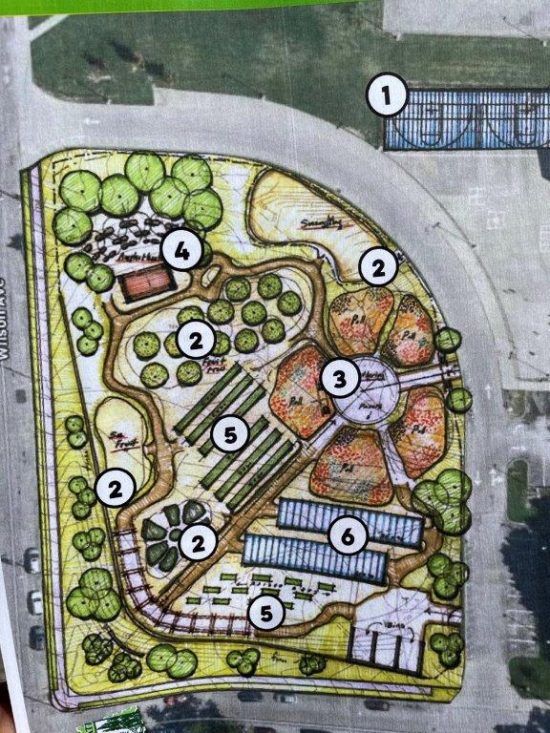 “…Rockdale was a field of grass less than 18 months ago. Since the beginning, we’ve not had one plant stolen.  We’ve not had one plant crushed; we’ve not had one plant torn up.  And we’ve got two production Quonset huts full of nice plants that we can plant in the Zoo, here in Rockdale and in other urban gardens. It shows that if you do something nice, people respect it.” And of course, Scott thanked the principal sponsors: Cincinnati Reds Community Fund, P&G, Cincinnati’s Children’s Hospital, the Cincinnati Zoo & Botanical Gardens, and hundreds of volunteers.

Steve was the youngest of nine children, living in a two-bedroom home in West Covington, Kentucky, across the Ohio River from Cincinnati. He caught the gardening bug early. Devou Park was nearby, and one of Steve’s fondest childhood memories is of picking black raspberries in the woods with his brothers and sisters. “You can bet the woods offered a peaceful place to get away,” he said.

“I collected leaves from a bigleaf Magnolia. So memorable today. That is why I would like to see every school locally have a bigleaf Magnolia planted on their grounds. We have about 200 growing in our nursery to get this accomplished.” 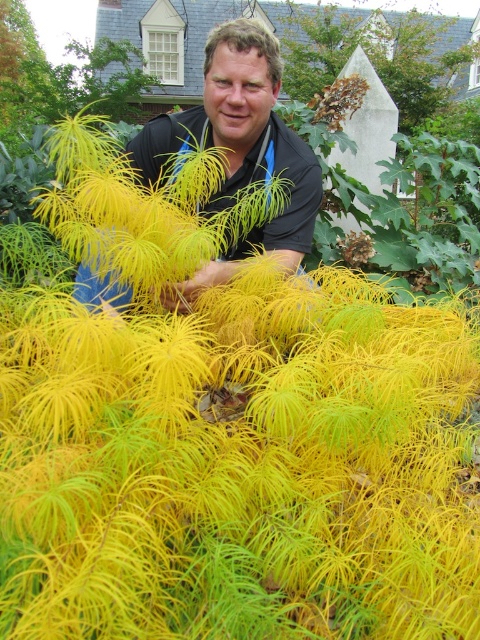 Steve Foltz, and the golden fall color of Amsonia hubrichtii, in the author’s garden in late October 2010

Steve, who is closing in on 35 years at the zoo, said the initial inspiration for Rockdale came many years ago from Buddy Hubbuch, longtime horticulturist at Bernheim Arboretum & Research Forest in Clermont, Kentucky. He said to me, “I was not kidding that you played a big part in the creation of this crazy idea.” (Here he goes again. This time Steve thanks me. I did little but share plants with Hubbuch.) “I loved going to Bernheim, before and after my horticulture studies at the University of Kentucky, and seeing the new perennials that Buddy planted out front. Asteromea mongolica (Kalimeris pinnatifida ‘Hortensis’), Indigofera tinctoria. ‘Rose Carpet’…. has stuck with me throughout my career so a big thank you for your kindness to Buddy and Bernheim. This translated to my philosophy of displaying new plants and sharing those plants with others, just like you all showed me.”

Tony Nold, who is co-owner of Louisville’s Plant Kingdom—Garden Center & Consulting Services—said Steve drew up a sketch of the Urban Learning Garden on a pub napkin over a beer. (Steve and Tony met 40 years ago at the University of Kentucky.) “Steve’s all common sense. Once he digs in, he starts on the soil and gets it right. The paths come next…When he trials plants, he is no nonsense; only the tried-and-true stay.” Tony sees a generous, can-do similarity between Buddy Hubbuch and Steve. “He has grown to be a mentor, like Buddy—a wonderful resource and steady influence on many. I am so proud of what Steve has achieved and honored to be his friend.”

The broad scope of the Rockdale Urban Learning Garden

Two thousand tomatoes donated to the Avondale neighborhood this year

Six beds are set up for trialing annuals and perennials

An Amphitheater for outdoor learning and performance

Kids from the Center for Autism, at the Rockdale Academy, experience the sensory joy of touch, smell and sound in the garden

A greenhouse, donated by the nearby Children’s Hospital, is used for teaching the Rockdale Academy school kids all winter

Rockdale Urban Learning Garden is open to the public 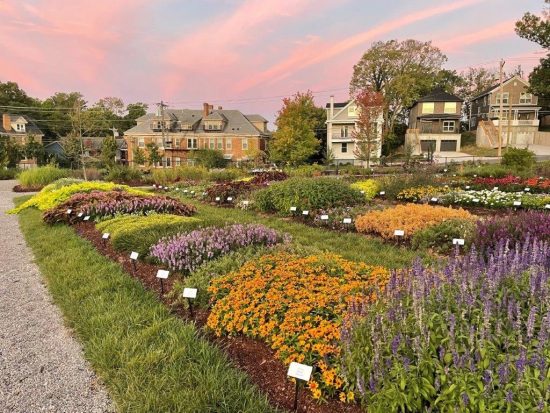 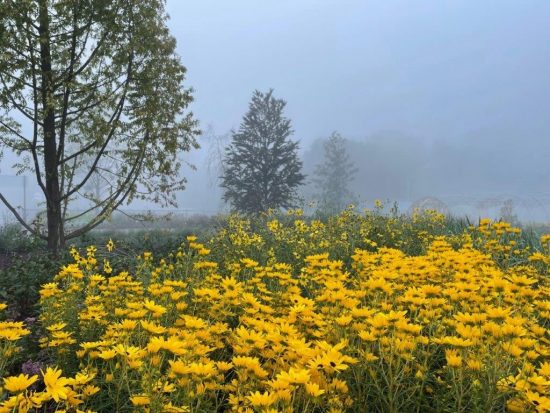 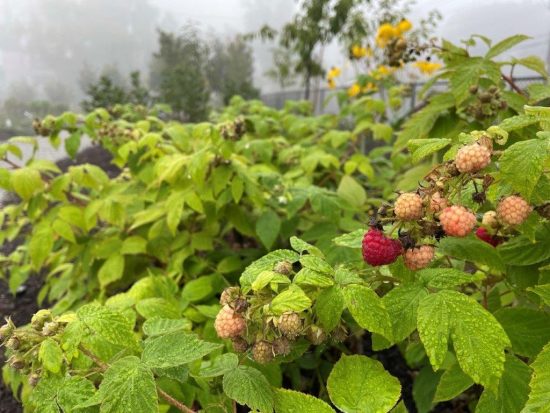 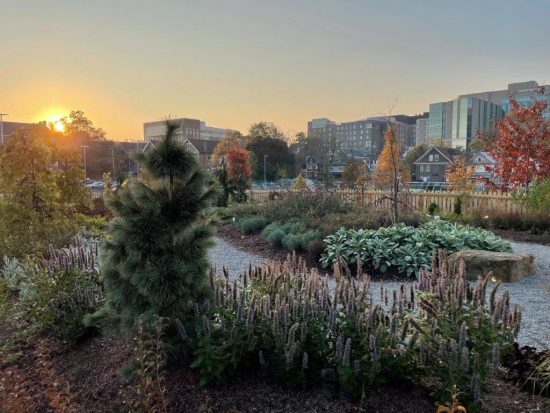 “… The Avondale Community has embraced the Urban Leaning Garden. There is no vandalism. The kids are really enjoying it. Kindergarteners know where raspberries come from, what a persimmon looks like… that a strawberry grows on a plant …Their art class painted the Quonsets. The kids can learn math; they can learn English; they can learn Latin. They can learn all kinds of things… The Rockdale Academy principal is a rock star for helping to make it so successful for the kids!” 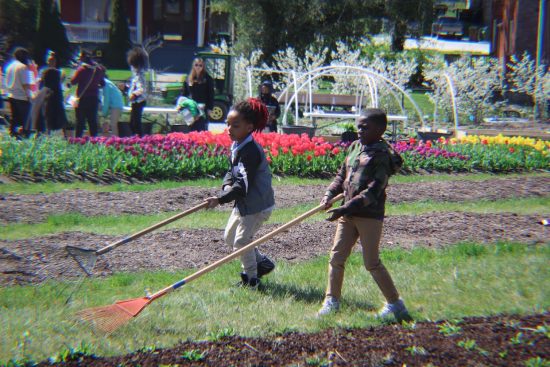 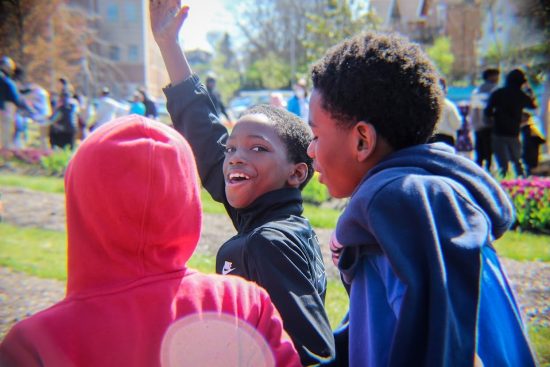 Dr. Jaren Finney, the school’s principal, said: “The dream was big—a Magic Kingdom. Steve was our #1 contact for making things happen. His connections brought the dream into reality.”

Steve Foltz, no doubt, has dozens more people he will thank. He never misses a chance, but the multifaceted Rockdale Urban Learning Garden was his inspiration and a lot of people got in on the dream to make it work.

Thank you, Steve, for sharing your extraordinary gift of goodness.