From Radio Garden to Radio Ukraine 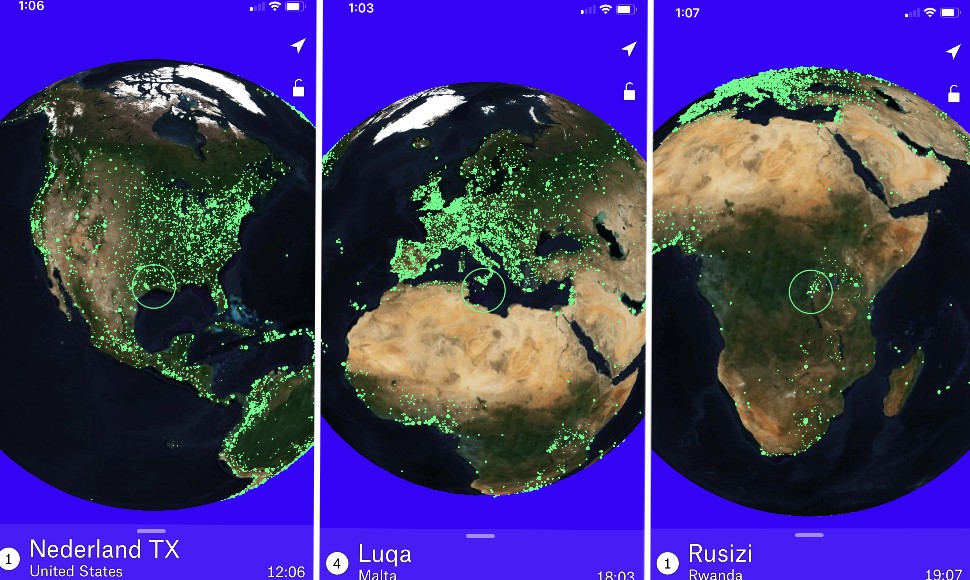 I’ve been blogging about gardening for sooooo long, I jump at the chance to go off-topic if I can get away with it.  (Evidenced by my post about presidential portraits, which I blogged about with the excuse – perfectly legit, right? – that Obama was portrayed against a backdrop of flowers.)

So when a friend recommended a free app called Radio.Garden I jumped at the chance to explore it and whatever the hell it turned out to be, with that name I could blog about it right here.

What IS Radio Garden?

When you open the Radio Garden app you see the globe, with your own location at the center. Then the fun begins as you scroll around the planet and find stations that are streaming, each represented by a little green dot.

Radio Garden is a non-profit Dutch radio and digital research project developed from 2013 to 2016, by the Netherlands Institute for Sound and Vision, by the Transnational Radio Knowledge Platform and five other European universities… It gained popularity in 2016 when it surpassed the 8,000 registered station mark and…went viral.

A 2021 article updates details about Radio Garden, saying it “carries tens of thousands of radio stations broadcasting live 24 hours a day, has seen a huge spike in popularity during the Covid crisis. Its founders say in the past 30 days they had 15 million users, a 750% increase on the visitors they normally get in a month.”

I never learned why “garden” is in the title, but noticed the garden theme is expanded with a “Planting seeds” message that appears when the app is zooming in. 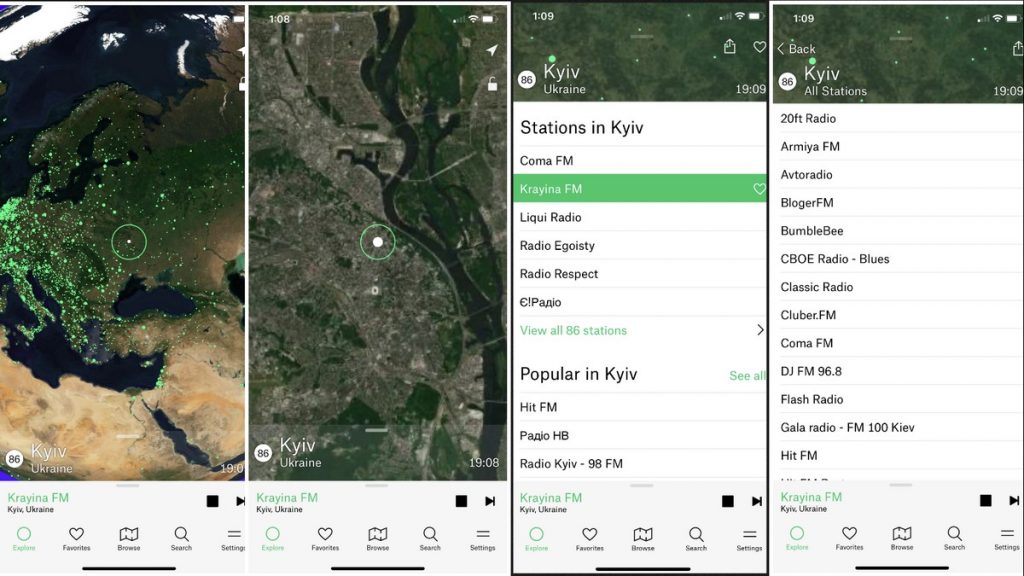 I quickly learned that Radio Garden is a great way to kill time! I started by scrolling the globe to sample stations in Kyoto one minute, Ghana or Auckland the next. But naturally my curiosity took me to Ukraine, shown in the first two screen shots above.  Then as shown in next ones, I homed in on Kyiv and found 86 stations there! Despite not knowing what’s being said, I love hearing the music that Ukrainians are listening to right now.

Since I’m already out on a limb, I’ll stray even farther from the topic of gardens because my radio research took me to a New Yorker podcast about Radio Ukraine, (officially Kraina FM), which they call the “radio station of resistance.” In addition to music, it broadcasts news and announcements of vital importance to the war.  A call for 100 laptops needed by the Ukrainian army was fulfilled within two hours!

From the companion article in the magazine “Ukraine’s Radio of National Resistance.”

At the moment, Kraina FM is broadcasting to some 20 cities and online. During the first week, the programming was almost exclusively news about the Russian advance. By the second week, the station had morphed into something profoundly different, coördinating humanitarian logistics and explaining which towns needed what. And a lighter side also crept into the programming. “In the first week, we didn’t think about something funny,” Davydov said. “And now it’s humor about Russians—aggressive humor—poetry, patriotic poetry, some little features about Ukrainians.”

Need I mention that Radio Garden’s thousands of stations, whether in Ukraine or anywhere else, are a great companion in the garden?