Portrait of Obama with Flowers

I’d seen the new Obama portraits all over the media, so yesterday I subwayed down to the National Portrait Gallery to see them in person. 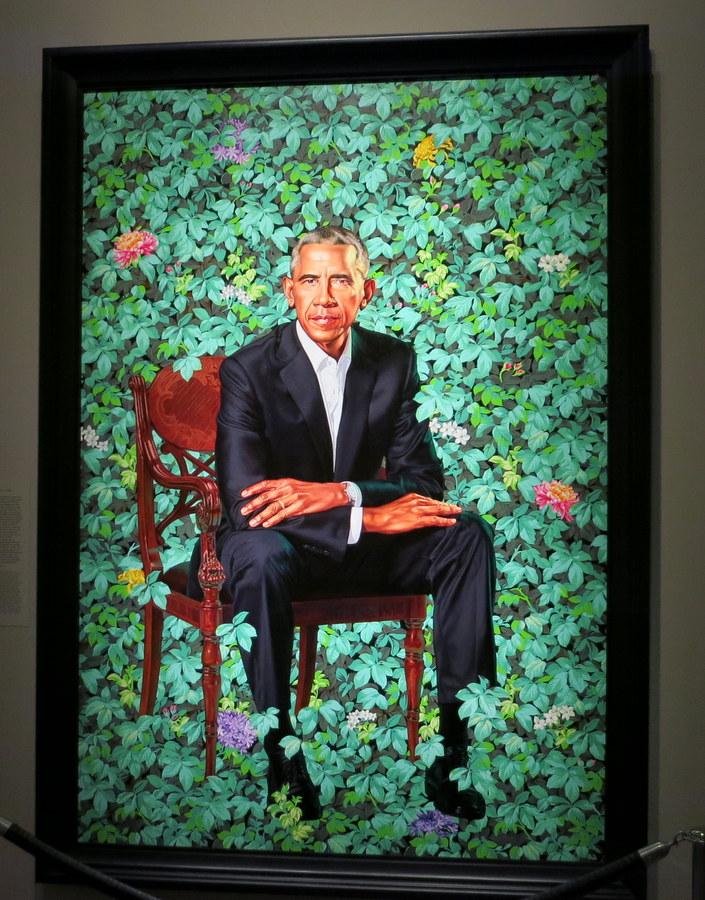 The president’s portrait, on the second floor in the president’s gallery, I found so real, so intense, so HIM, it was hard to pull myself away from it.

But let’s get to the flowers and foliage, this being a gardenblog. (And thanks, artist Kehinde Wiley, for giving us an excuse to write about it here.) The flowers are: chrysanthemums (official flower of Chicago),  jasmine (evoking Hawaii, where Obama largely grew up) and African blue lilies (for Obama’s Kenyan father). I heard the artist explain that he chose elements that are “personal, decorative and historic,” and that’s all I’ve been able to find about his inspiration.

Damn. I was kind of hoping we’d learn about Obama’s as-yet unrealized but lifelong desire to garden. We’ll have to settle for applauding the use of flowers to tell the story of his life, though gardeners might have made the flowers a lot larger.

The leafy background, which I’d assumed to be Boston ivy, looks like no plant I’ve ever seen, so unless someone corrects me, I’m calling it a faux vine – a purely decorative element. (Update: Commenter John Boggan says they’re rose leaves and I believe him.) 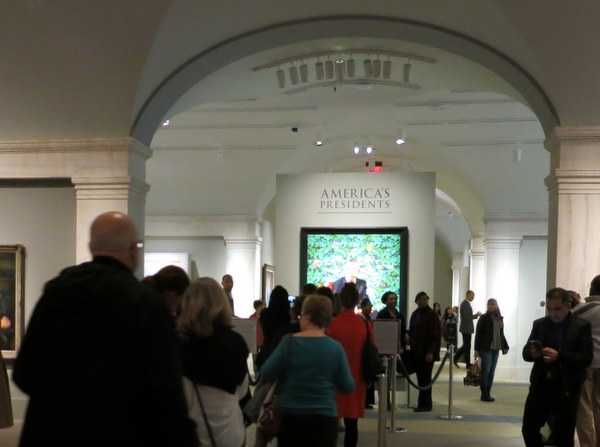 Here’s the line to take close-ups and selfies with the president.

To give you some context, most modern presidential portraits here are staid and dull, like these. 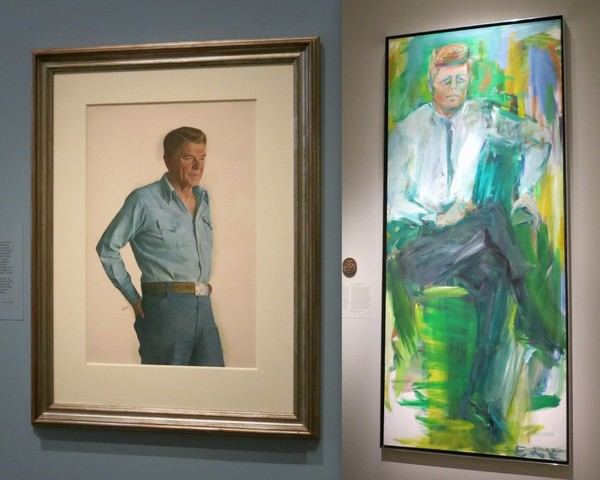 These two are exceptions. Kennedy’s is by Elaine de Kooning. 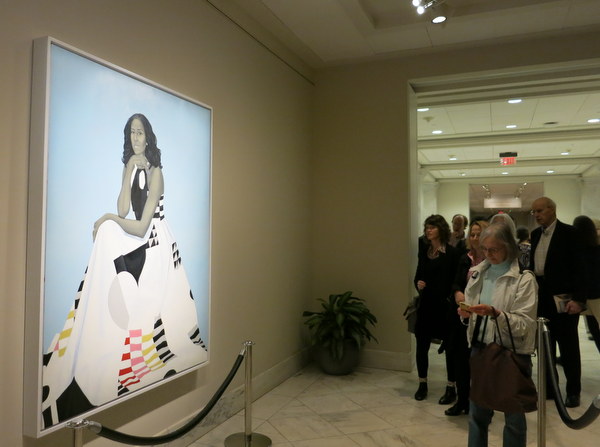 The portrait of Michelle Obama is hanging in a hall on the first floor.  Like the president’s, it’s drawing a steady stream of camera-ready locals lining up for a selfie with her.

I found the portrait beautiful and interesting but ultimately…not her. 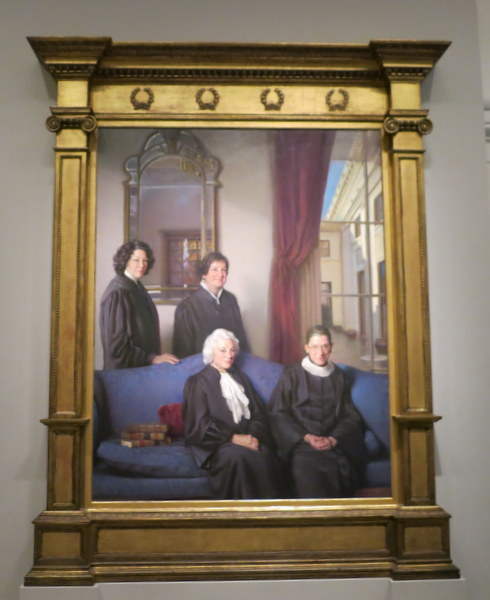 One last portrait from elsewhere in the museum, just because.