Is there a High Line(ish) in your town’s future? 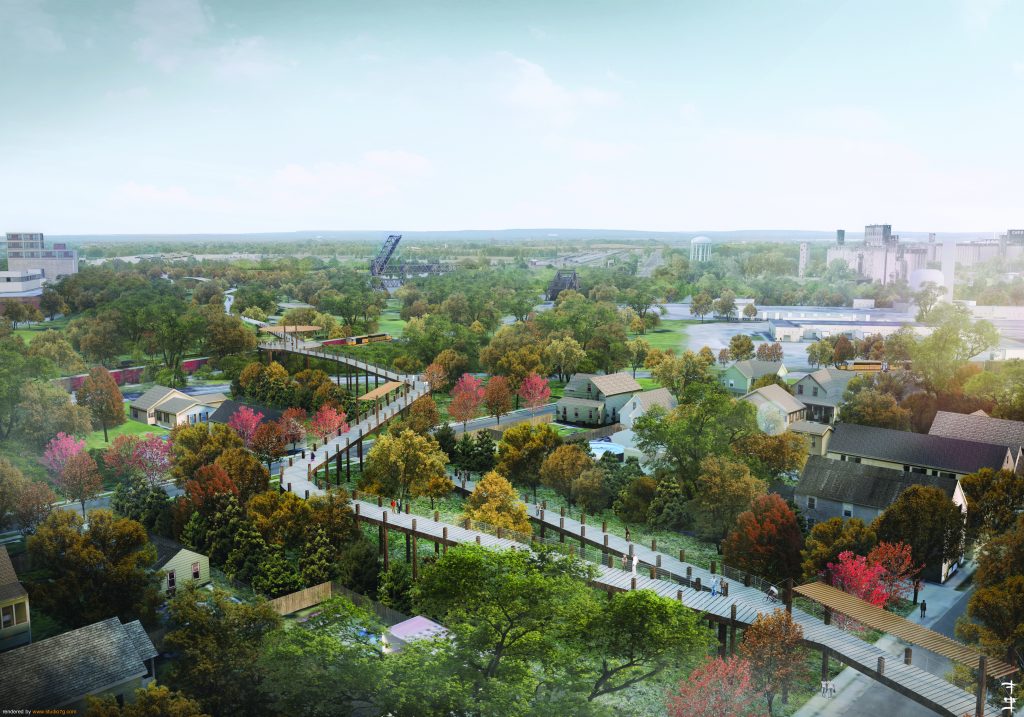 There’s no replicating the beautiful Piet Oudolf-designed gardens and sophisticated ambiance of New York’s iconic elevated park, but municipalities throughout the world have been inspired by what such a scenic walkway can bring to the urban space. The short list of other cities that have completed their own elevated parks or are in the process of doing so includes Philadelphia, Chicago, Detroit, Miami, Kansas City, Columbus, Pittsburgh, and Manchester, England.

Let’s add Buffalo. The Riverline (rendering above), a project by the Western New York Land Conservancy, has been in the discussion and planning stages since early 2017. It intends to reimagine one of Buffalo’s many railway corridors: a mile-and-a half stretch of no-longer-in-use DL&W tracks near downtown and the Buffalo River. The fact that it involves obsolete elevated railway tracks is about all that Riverline has in common with High Line. This is largely an industrial area whose industry has declined. It is dominated by the Buffalo River, with some residential neighborhoods, a lot of overgrown friends where nature look over, and, looming in the near distance, the enormous silos that witnessed Buffalo’s heyday as a grain processing and transferal center. 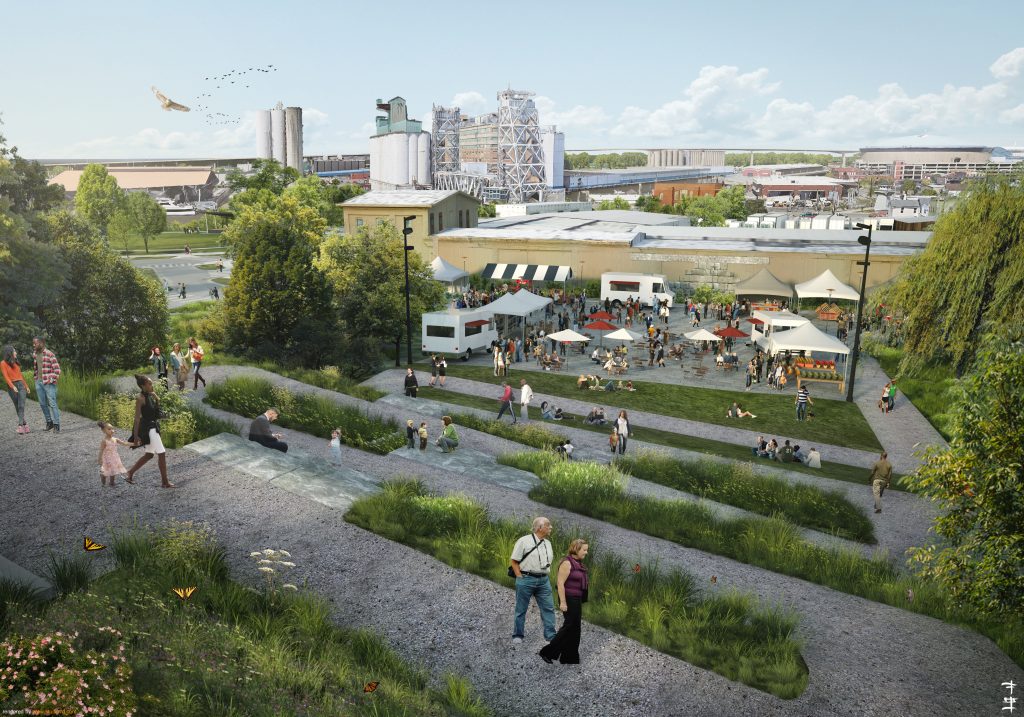 Riverline will provide respite to those who walk it but it also helps conserve its own natural areas. Rather than overlooking adjacent highrises, it traverses back yards, waterside access points for paddling, former factories, funky old pubs, and fields of wildflowers. It will connect these areas by adding children’s playspaces, small plazas (above), viewing areas, gardens (below), lighting, and public art. Some areas will be dominated by nature; others will be more conducive to gathering. There will be soaring bridges and ground level parks. The design partners are W Architecture, Hood Design Studio, and Green Shield Ecology. 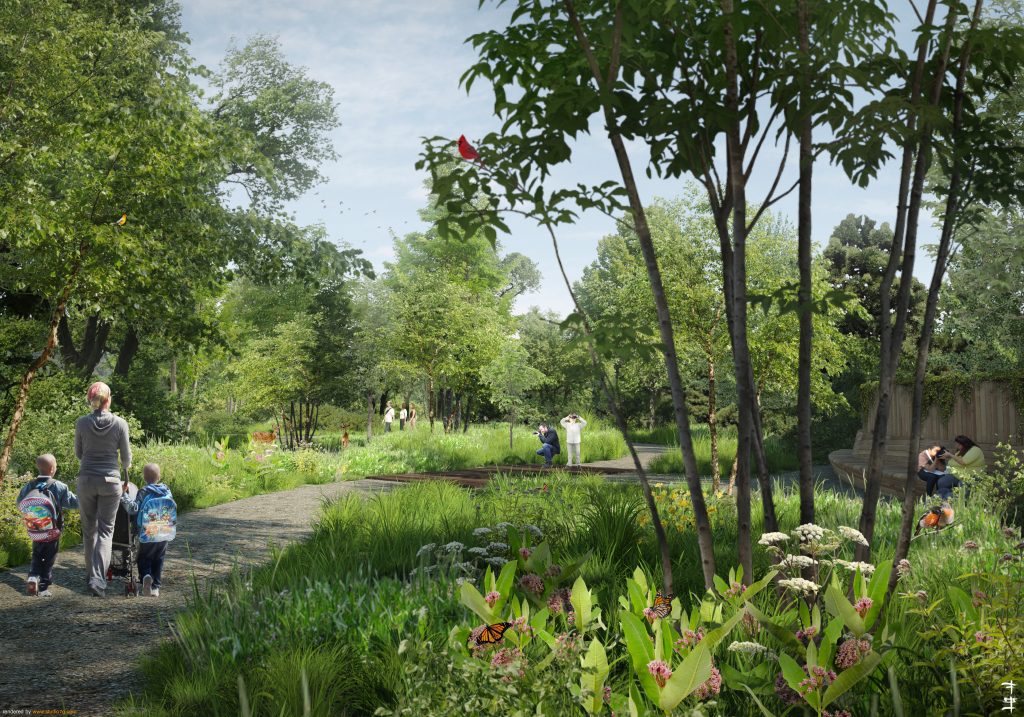 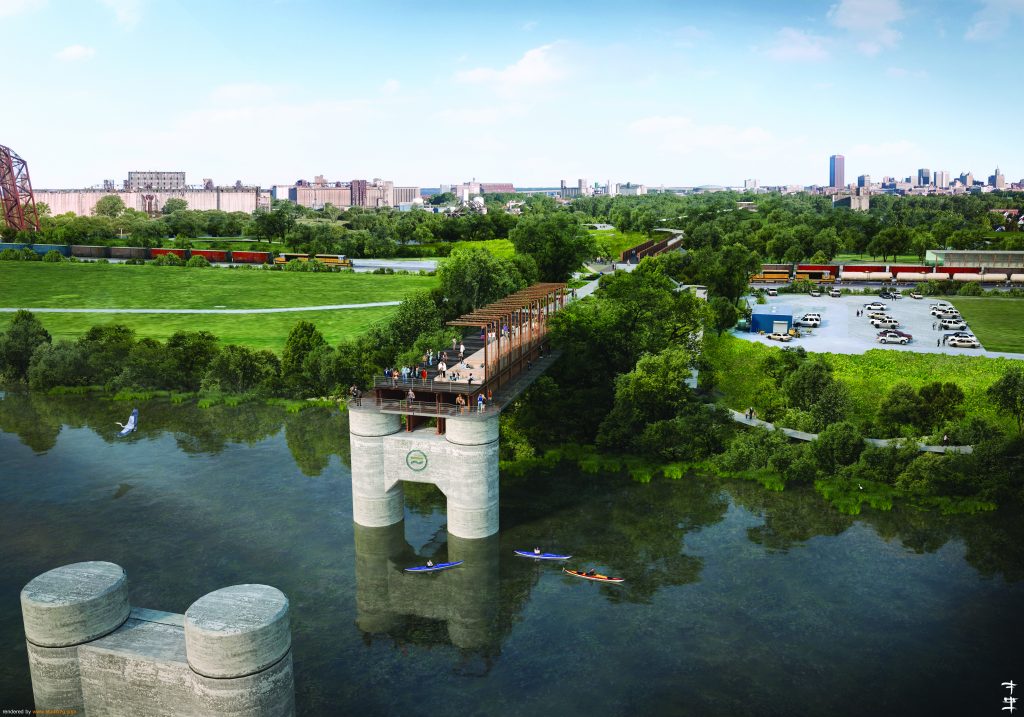 There is a lot to say about the Riverline, but I look at it as a tour of Buffalo’s history and a continuation of the embracing of the waterfront that we ignored until recent decades. I particularly love the end of it (shown above), a dramatic river overlook.

Is something like this coming to/in your town? How is it working?