Trailside gardens—a view from the handlebars 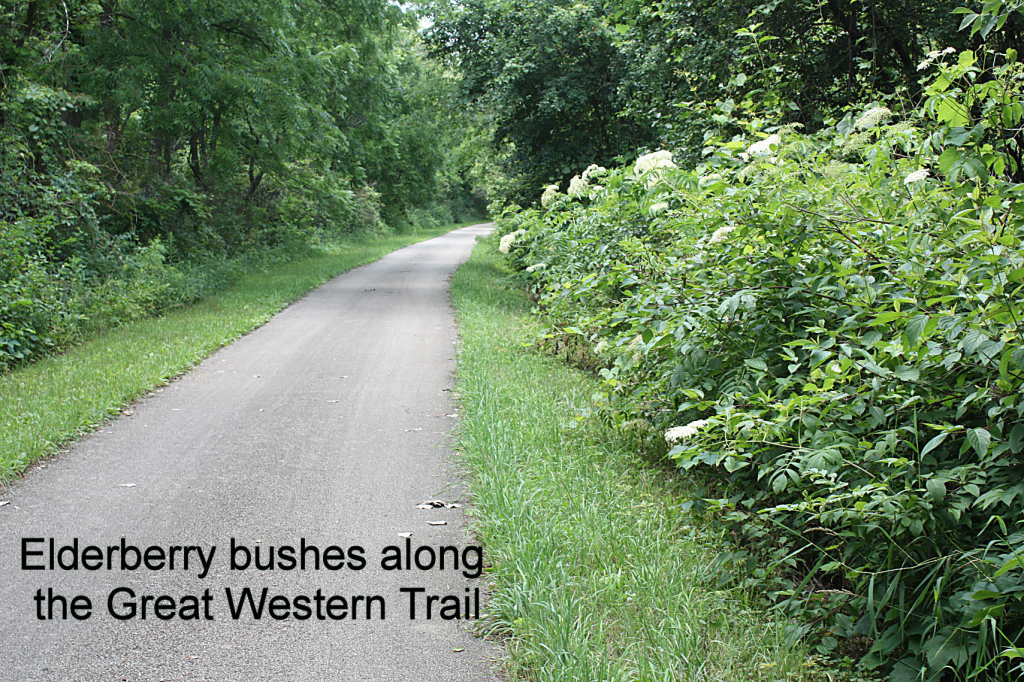 Could the definition of “garden” be expanded to include a trail system through public land?

Public and private gardens each have features that lend an individual touch. I think of a garden as something that is curated—designed and cared for—so I’m guessing that most of us don’t tend to think of a bike trail as a type of “garden,” unless it happens to run through an accredited botanical garden.

Many enjoy a bicycle ride or walk on a route away from vehicular traffic, and forest preserve districts oblige by constructing trails through various natural areas, some of which are quite scenic. Here’s my protagonist thinking: Why not expand the definition of “garden” to include these pathways? They’re curated in a way, insofar as the forest preserve trims the trees and vegetation, eradicates invasive species, and sometimes adds plantings to enhance the appearance. 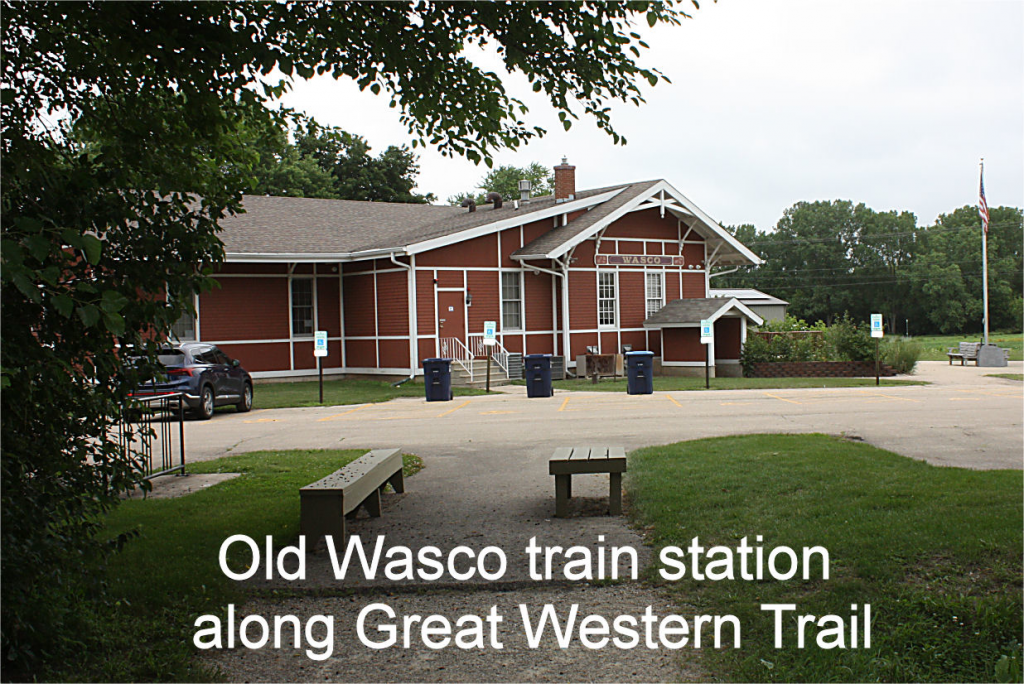 As an example, I’m fortunate to live a little over a mile from an entry point on the Great Western Trail, which runs seventeen miles between two towns in Illinois: Saint Charles and Sycamore. It gets its name from the fact that it’s part of the former roadbed of the Chicago Great Western Railroad. Along the way, there’s the old Wasco train station, re-positioned and re-purposed for the town. At the eastern terminus, the trail winds through a large forest preserve. There’s been talk of eventually extending the western end all the way to the Mississippi river. 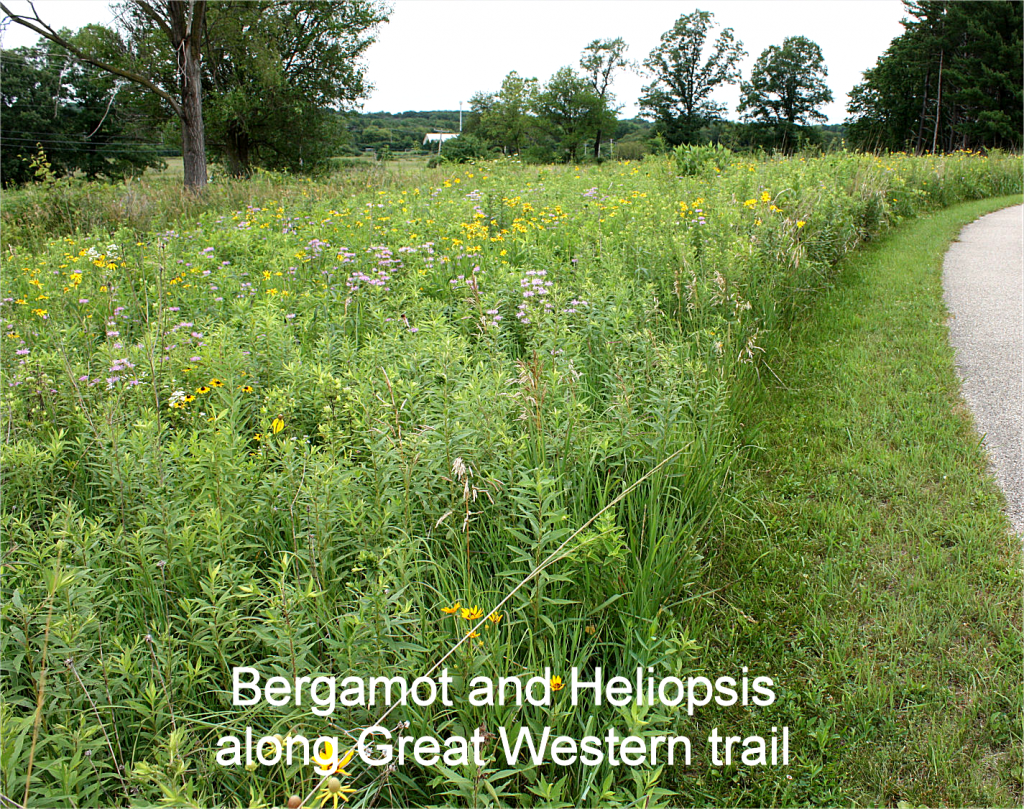 There’s nothing really special about the trail from a scenery standpoint; it’s just a pleasant ride through woods and open country. In the spring it’s ablaze with the purple color of dame’s rocket (actually an invasive species that the forest preserve is trying to control). I enjoy it nonetheless. By late spring, the Heliopsis comes into its bright yellow bloom in spots where sunshine is abundant. Summer brings the elderberry, chicory, bergamot, cone flowers, black eyed Susans, and mullein, among other species. In late summer the sumac is blazing red.

Obviously, some things growing along the trail are introduced species, so it can’t be considered a totally native area. The forest preserve folks tell us they try to minimize non-natives, but for the sake of diversity allow some to persist. It’s hard for Mother Nature to be a purist!

As a gardener, there’s a temptation to dig out an interesting plant that we’d like to have in our own garden. First of all, doing so is illegal. But more importantly, if that were to happen on a widespread scale, imagine how it would diminish the natural beauty of the area for others who enjoy the trail? And we wouldn’t dig up a plant from another person’s garden unless it was offered. Many forest preserves do help out by holding native plant sales, and I suspect that’s also true in other parts of the country— best to wait for one of those. Also, Wild Ones is a national advocacy group for native plantings in home gardens. (wildones.org/) Invariably, local chapters hold plant sales in the spring. 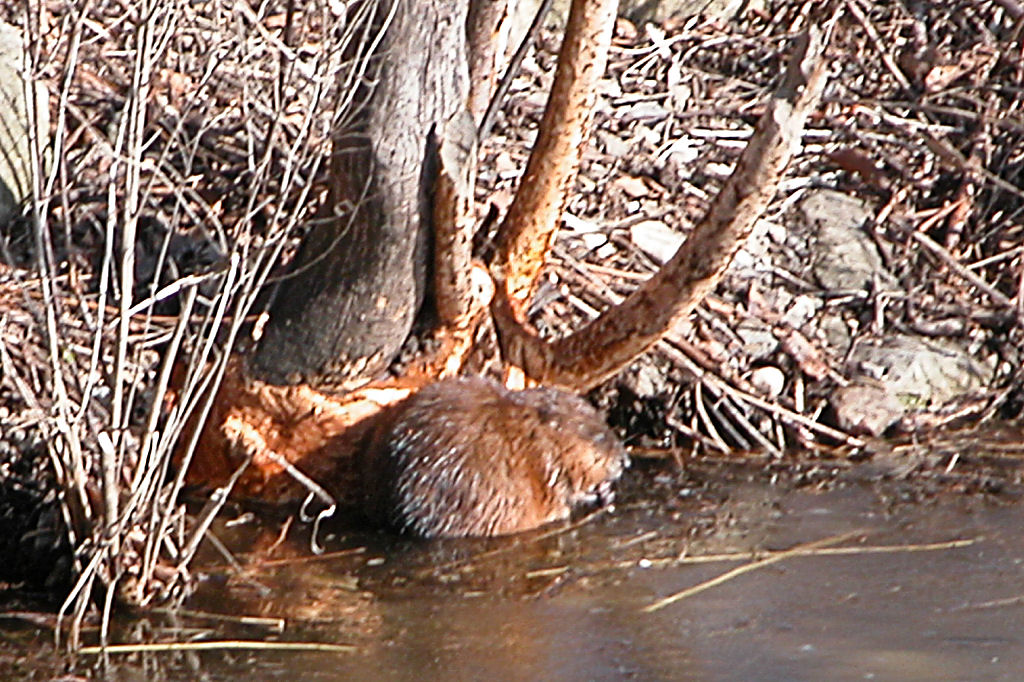 The forest preserve does a pretty good job of keeping the trail clean, but they can’t account for all hazards. Like the plethora of large black walnut “balls” in the fall. And the large snapping turtle my daughters and I found creeping along in the middle of the trail on a bike ride this past spring. And the deer that sometimes wait until the last minute to jump off into the woods. One February afternoon, the trail served as a vantage point as I stopped by a bridge over a creek to watch a beaver go in and out of its lodge. 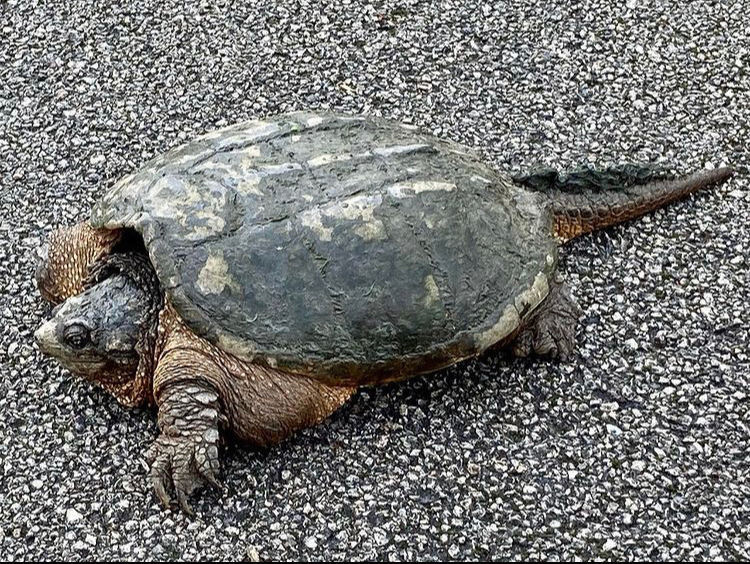 To digress, what’s with some bike riders and walkers who have earbuds stuck in their ears, apparently oblivious to everything around them? They’re certainly not taking in all the sights and sounds of nature. And in some cases, they pose a danger because of their inability to hear the warning from a bicycle rider approaching from behind.

I think we gardeners are naturally attuned to notice beauty in nature. I always see it on bike rides, regardless of the time of year. 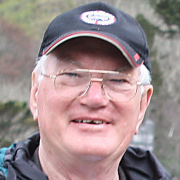