You gotta love a floricycle 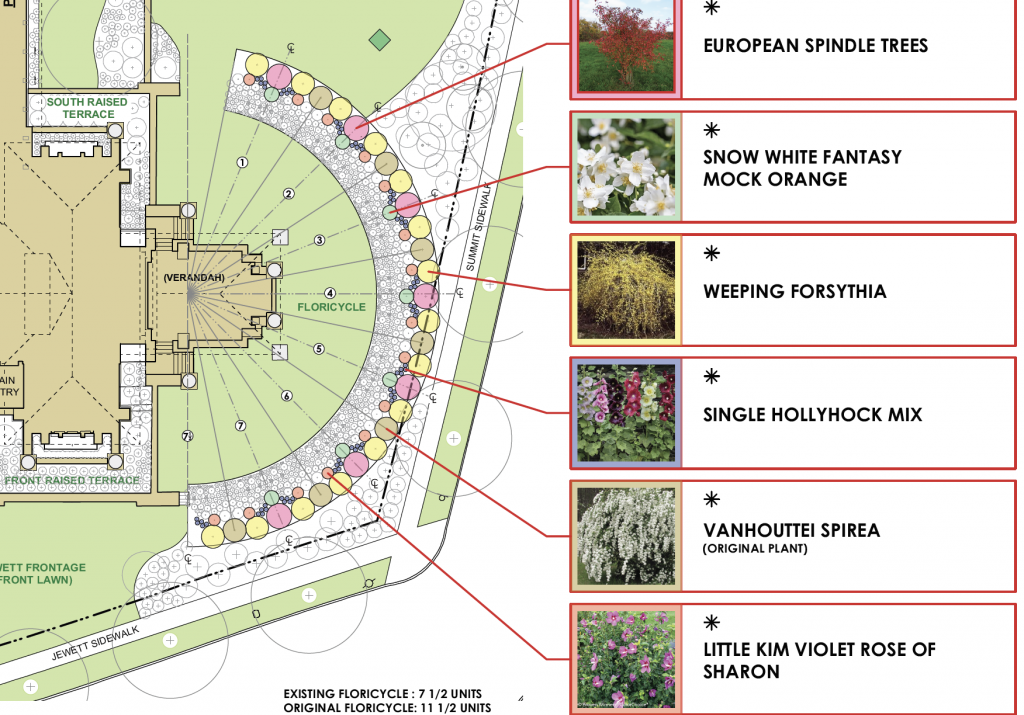 Even the name makes me smile.  And now I am on a mission to document a floricycle at every stage of its development. In 2019, the final step in the restoration of Buffalo’s Darwin Martin campus—a Frank Lloyd Wright residential estate consisting of seven structures, including a Gardener’s Cottage—was completed with the installation of Wright’s original landscape plan. 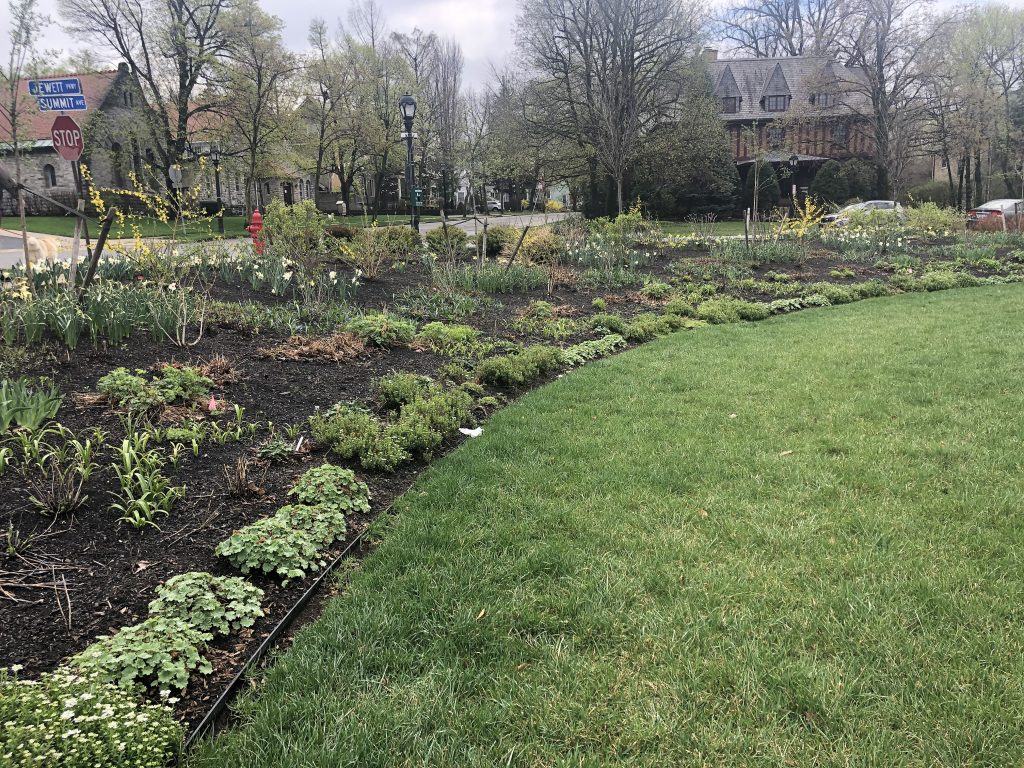 I wrote about it here and said then I’d be watching it mature. It’s still in the “creep” stage, but the repeating blues, whites,  and yellows of the forsythia, daffodils,  and scilla blooming now are quite attractive. There are a few other elements in bloom as well. It’s a weeping forsythia and, later in the season, such plants as mock orange, hollyhock, and foxglove will appear; these would have been the plants owner Isabelle Martin would have taken for granted as belonging in her garden. The interest for me is not so much in what’s planted. I am fascinated by the semicircular plan, which repeats the same group of plants 7 ½ times, as you can see in this screen shot (at top). This is an extensive tour map/guide I was able to snag in digital format. 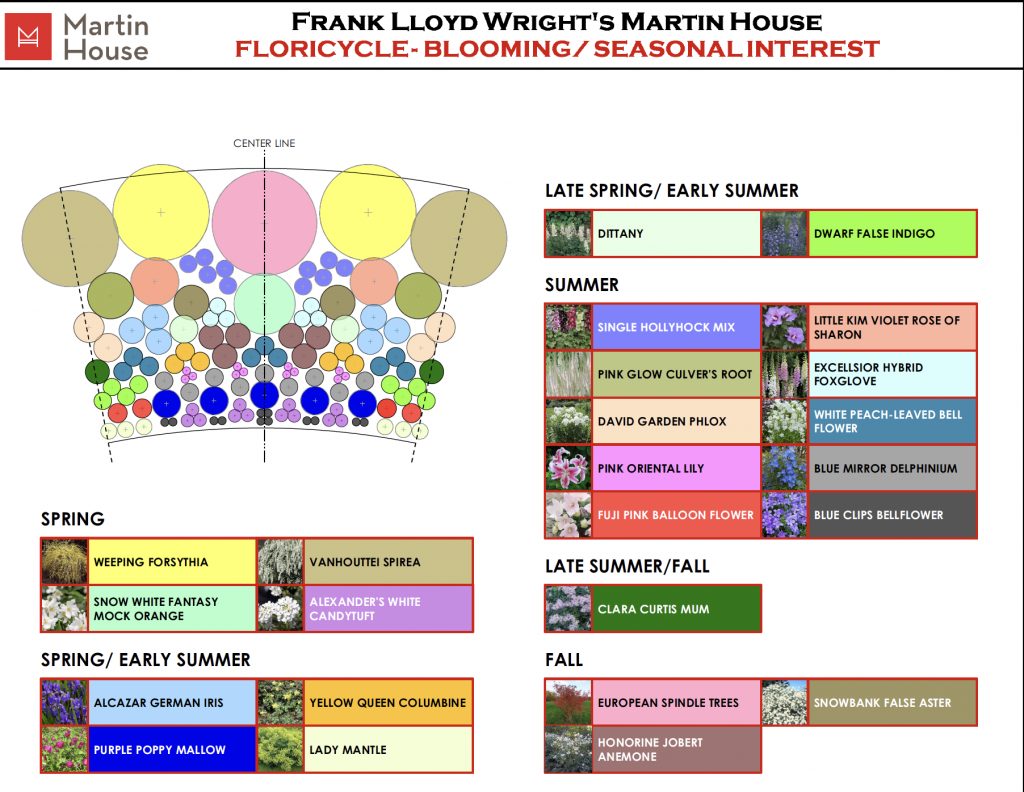 It doesn’t seem to include the spring bulbs, but you can see how it accounts for six mini-seasons of interest (detail, above). Imagine packing this many plants into such a comparatively modest space. There are six other major planting areas around the structure—some of them, surrounded by the complex’s handsome Roman brick walls, might be considered more attractive at this stage. But I’ll be watching this. It will take a while for its ambition to be realized, but I hope to be here to see it.