Wow’d by Orange Tulips in the Smithsonian’s Ripley Garden 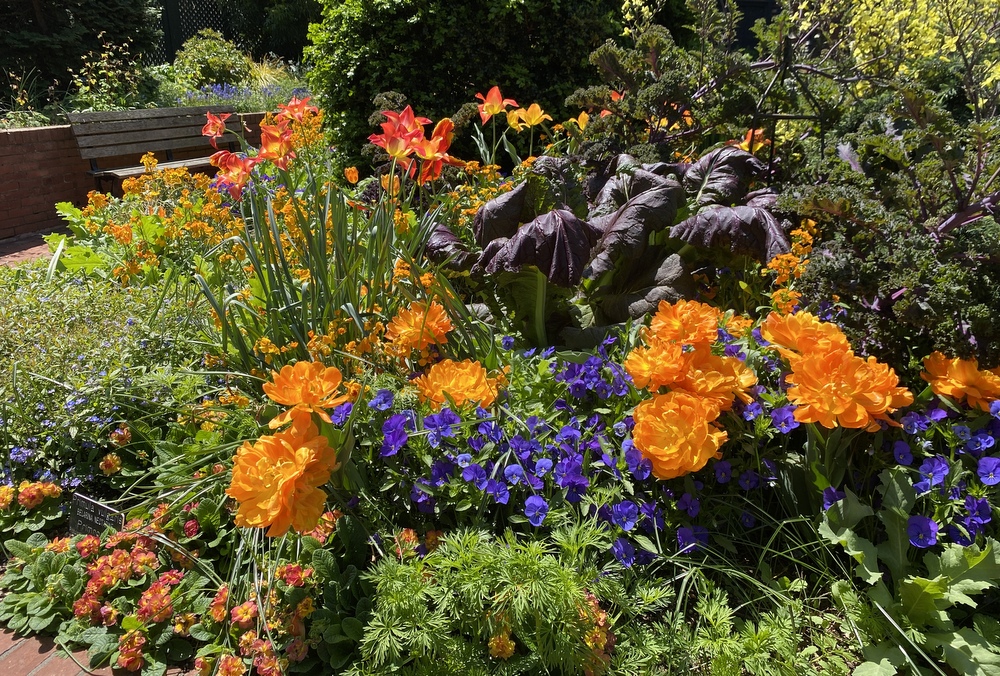 This week I cycled around downtown Washington and stopped to see my favorite garden there – the Smithsonian’s Ripley Garden, created and maintained by Janet Draper. (Janet’s profiled and mentioned several times here on the  Rant.)

There I was gobsmacked and inspired by Janet’s use of orange tulips, which she wrote to tell me are ‘Strong Gold,’ the double ‘Orca,’ and lily-flowered ‘Moonblush’. She then paired them with mustard ‘Red Giant,’ pansies, parsley and cherianthus. Wowzer! 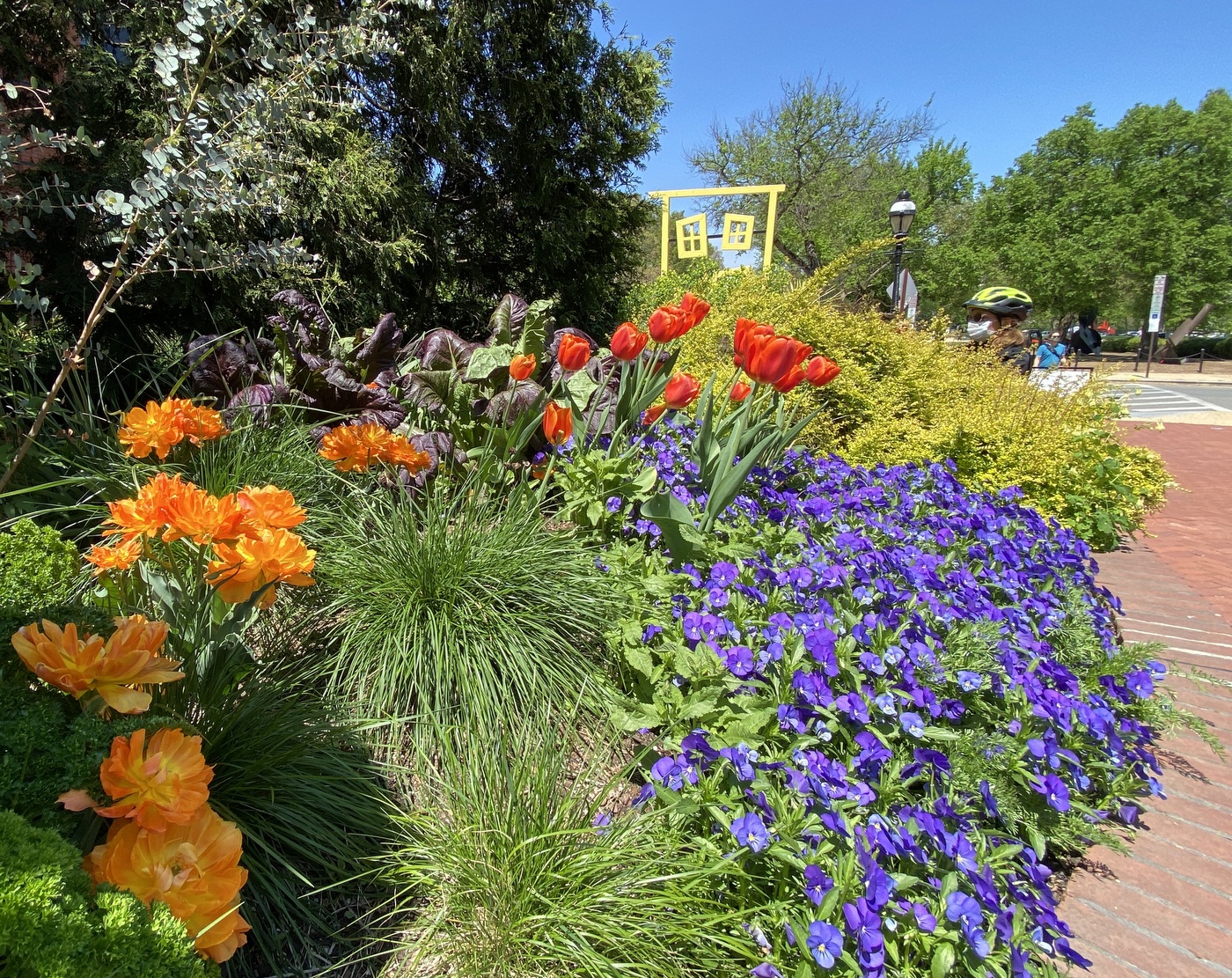 They’re at the entrance, drawing in visitors, and repeated inside the serpentine garden. 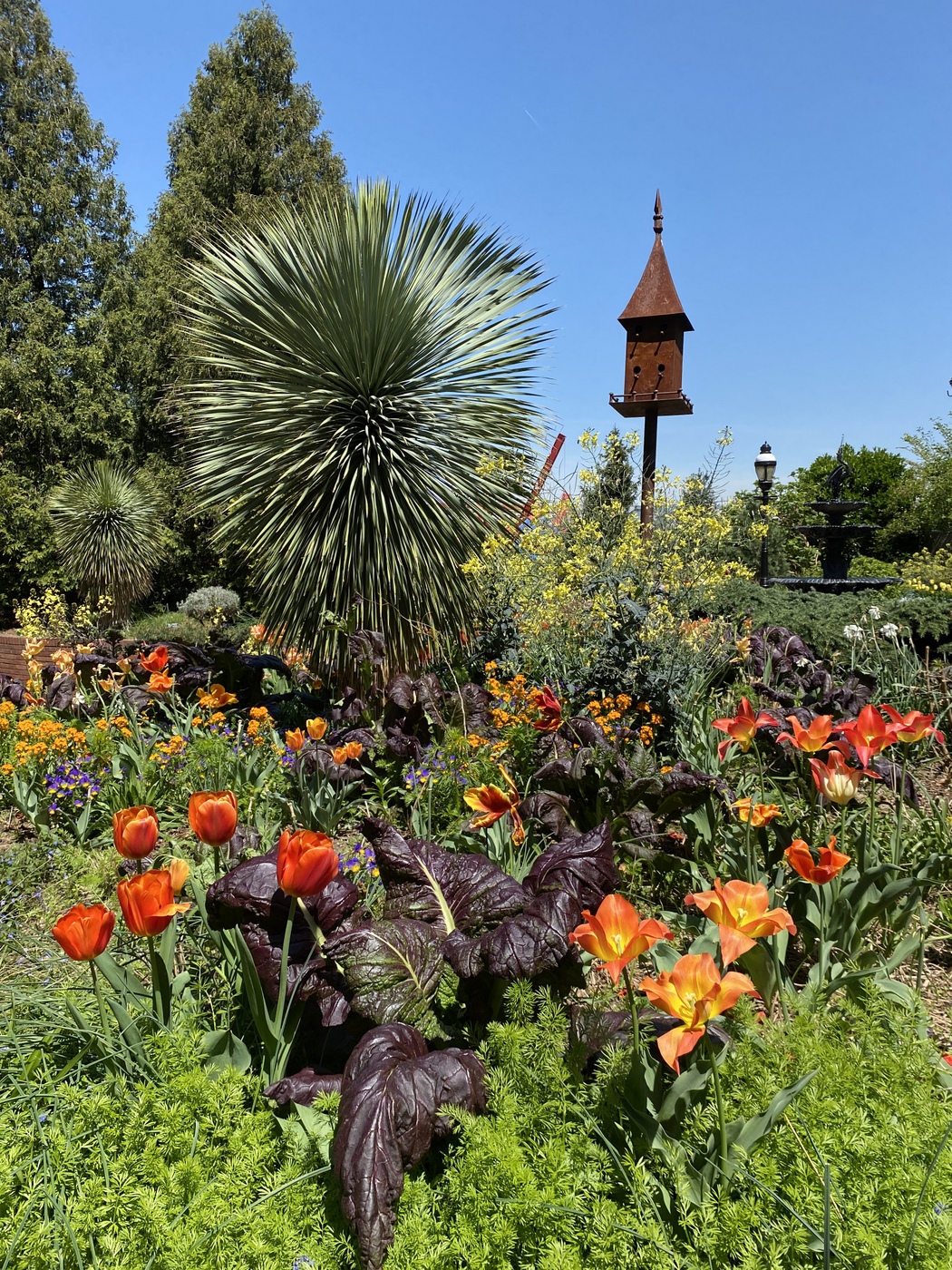 A close-up of the red giant mustard and friends.

My Journey to Orange 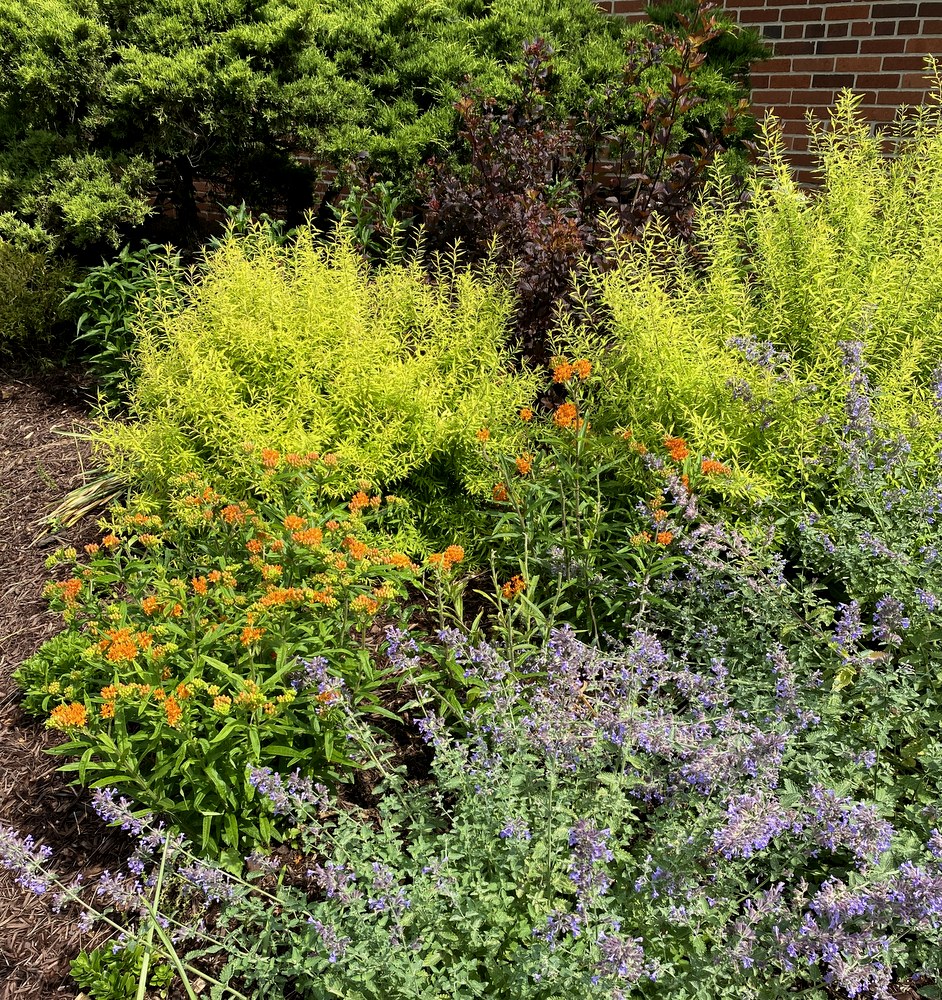 For some long-forgotten reason, I’ve always avoided using orange in my gardens, preferring the more restrained blues, purples and light yellows. But then someone suggested I add some Butterfly Weed (Asclepias tuberosa) to this commercial landscape I adopted and it’s turned me into a fan of orange and of this plant, which I’ve added to my own garden now.

Then I surprised myself by buying some orange marigolds this week – another plant I’d snobbishly avoided all my life.

Orange looks SO fabulous with purples, blues, and chartreuse; is there anything it doesn’t go with? 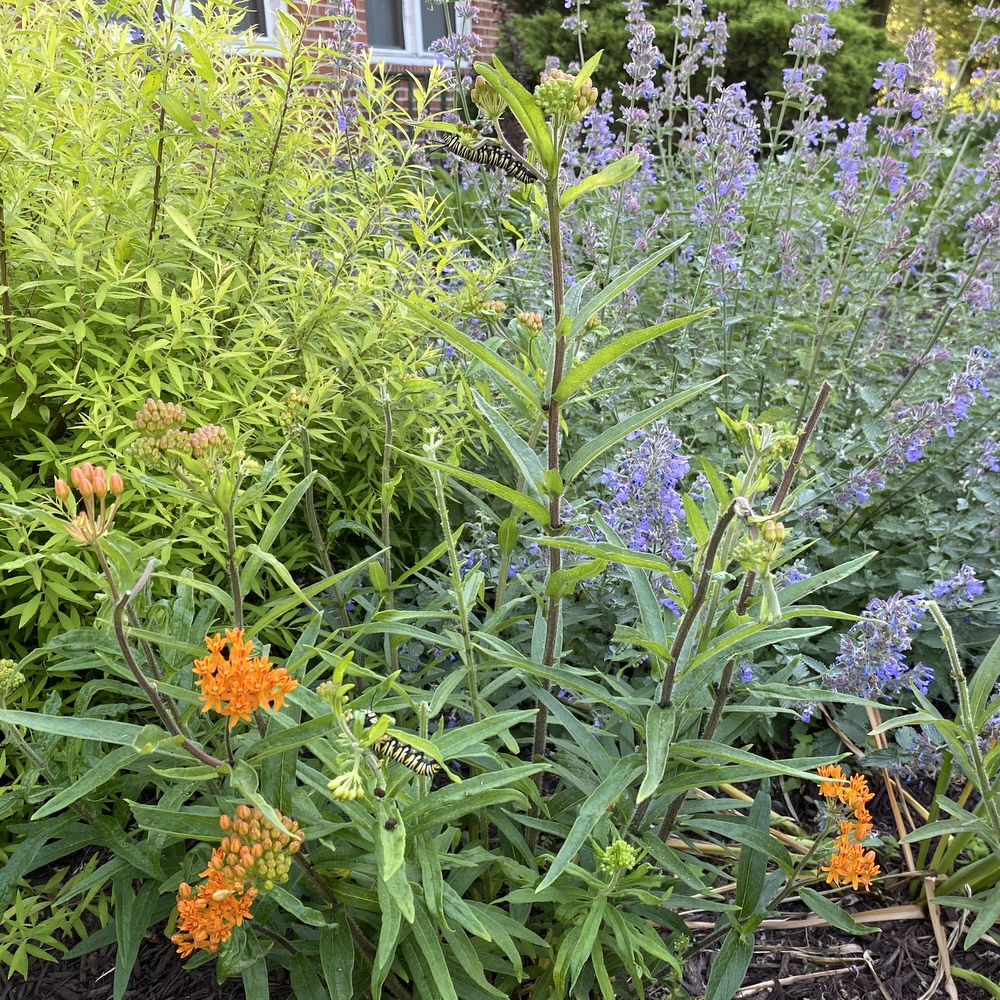 Here’s a closer-up look demonstrating Butterfly Weed’s awesome powers as a Monarch magnet. It’s shown here with Nepeta and ‘Ogon’ spirea. Nearby are a Ninebark shrub and lots of purple coneflowers. 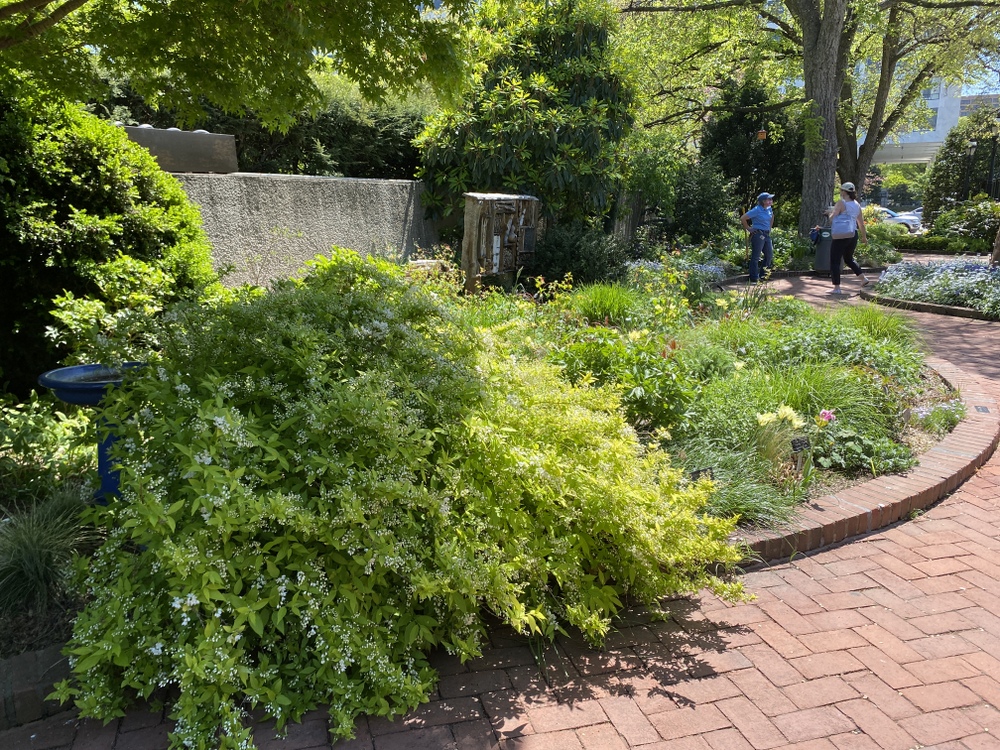 Circling back to the Ripley Garden, I was also struck by the lushness of this Deutzia ‘Chardonnay Pearls.’ In the background you can see Janet answering a visitor’s questions, something she seems to do all day long, happily.