Blossom and the Bramley Apple Tree 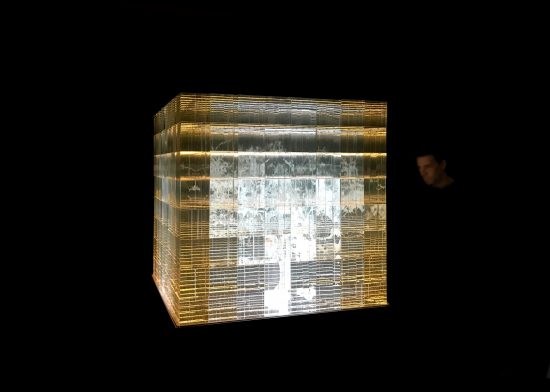 Peter Morrin, former Director of Louisville’s Speed Art Museum, emailed me a few weeks ago to say there was a remarkable piece of glasswork on display at the Speed called Blossom. Peter gave few details, beyond mentioning an etched 3-D rendering of a slowly dying apple tree and also that the museum piece was gizmo-wired to pick up live vibrations in, on, and surrounding the original Bramley apple tree in Southwell, England.

Rose and I met Peter at the Speed. He drew us near and, with seasoned stagecraft, said in a quiet voice, “I’m curious to see what you think.”

We entered a small, darkened room shrouded by black curtains.

I thought of a Halloween when I was ten years old. My pal Jim’s mom, Mrs. Barta, led her son and his buddies, by the hand, one by one, blindfolded, through a basement maze. We touched peeled grapes (eyes), blanched tomatoes (heart) and corn silk (hair). I still remember vividly the tactile grossness and excitement. 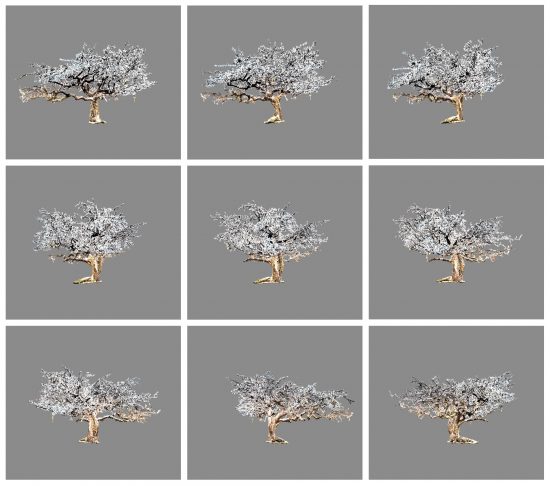 The sorcerer’s glass sculpture was in the middle of the dark room on the second floor of the Speed. I needed a few moments to adjust my eyes to the lighted 32-inch magic cube.  There was a diaphanous, gauzy figure of the Bramley apple tree, laser-etched within smaller cubes, each as different texturally and chromatically as the next.

We slow danced around Blossom, bobbing and weaving to sounds triggered by the Bramley apple tree’s environment in the elegiac Key of C. Artist Wolfgang Buttress said in a fascinating interview that this soundscape “…slightly alters your perception of nature.”

Strands of tiny colored, LED lights blinked rhythmically. Random bursts of a brighter light flashed intermittently, triggered by vibrations from the apple tree in Nottinghamshire and picked up, in the blink of an eye, 4000 miles away in Louisville, Kentucky. 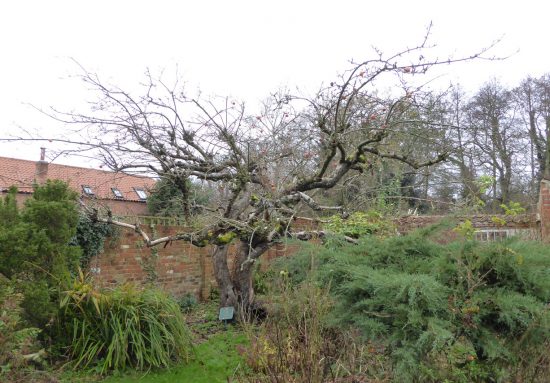 As the Speed’s placard describes it:

This project uses sculpture, light, and sound to poetically reveal the life and death cycle of trees. For Blossom, the artist Wolfgang Buttress, based in Nottingham, England, documents the fading life of a 200-year-old Bramley apple tree (the mother of all Bramley apple trees), and the flourishing life of this tree’s progeny.

Music is an important device in Buttress’s practice and a key facet in Blossom’s soundscape. Buttress collaborated with musicians in the United Kingdom such as Kev Bales and Tony Foster (BE) and musicians in Kentucky to create a library of sounds harmonious to the key of “C” (the resonant frequency of the mother tree)…

Blossom thus presents a memory of the past, a document of the present, and a hope for the future. According to Buttress, “The sculpture expresses how life is formed and hopefully allows us to reconnect with the natural world around us.”

For the past five years, I’ve carefully watched over young apple trees in Kentucky. I’ve done all I can to guard them from gnawing rabbits and grazing deer. I don’t spray for apple scab and can’t control late frosts that zap blooms or any prospect of apple cider for another year. It has been slow going with ‘Albemarle Pippin’, ‘Enterprise’, ‘Liberty,‘ and ‘Redfree.’

The original Bramley apple tree, the provenance of one of the UK’s favorite cooking apples, is now over 200 years old, and dying slowly of honey fungus. 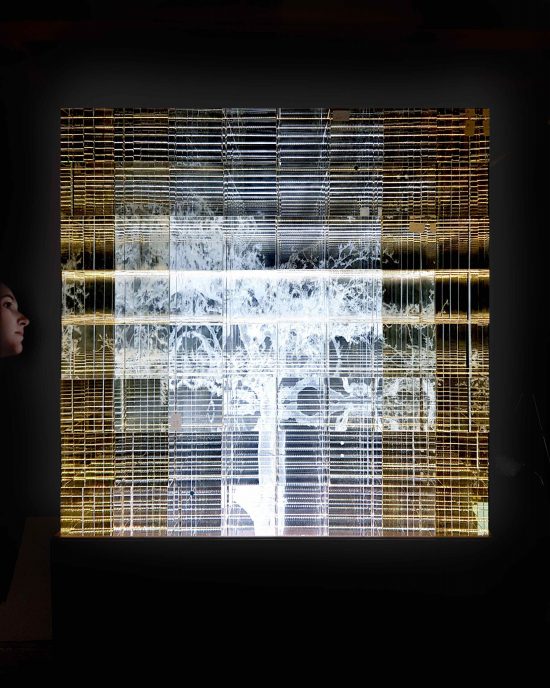 I am waiting for my first ripe apple.

I had imagined, as I often do on the front end of any new planting project, that a tiny orchard would be a chance to explore a new frontier. Annie Proulx’s handbook The Best of Cider, first published in 1973, would be my guiding light to hard cider. 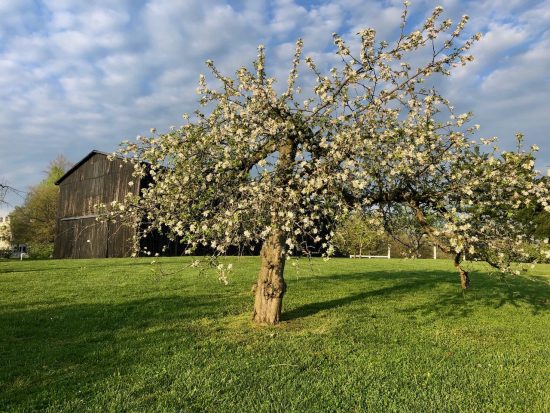 I now realize, as with the slog of weeding the vegetable garden in the heat of mid-August, that it would be easier to go to the local farmer’s market for fresh produce or to local orchards for apples in the fall.

And yet I can’t wait for spring’s launch pad—kneading cold soil through my fingers as I sow a crooked row of beans. 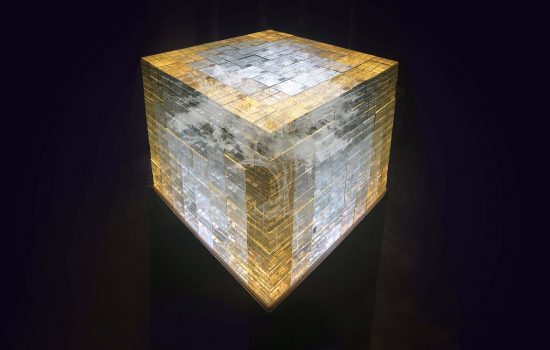 There’s no way to outsource a sense of wonder.

The magic comes from touching peeled grapes blindfolded, watching  fat bean cotyledons stretch toward the sun, or absorbing the inspiration of an artist’s Blossom, or any apple blossom, up close.

“Blossom” is part of the Speed Art Museum’s permanent collection and will be on display for the foreseeable future.