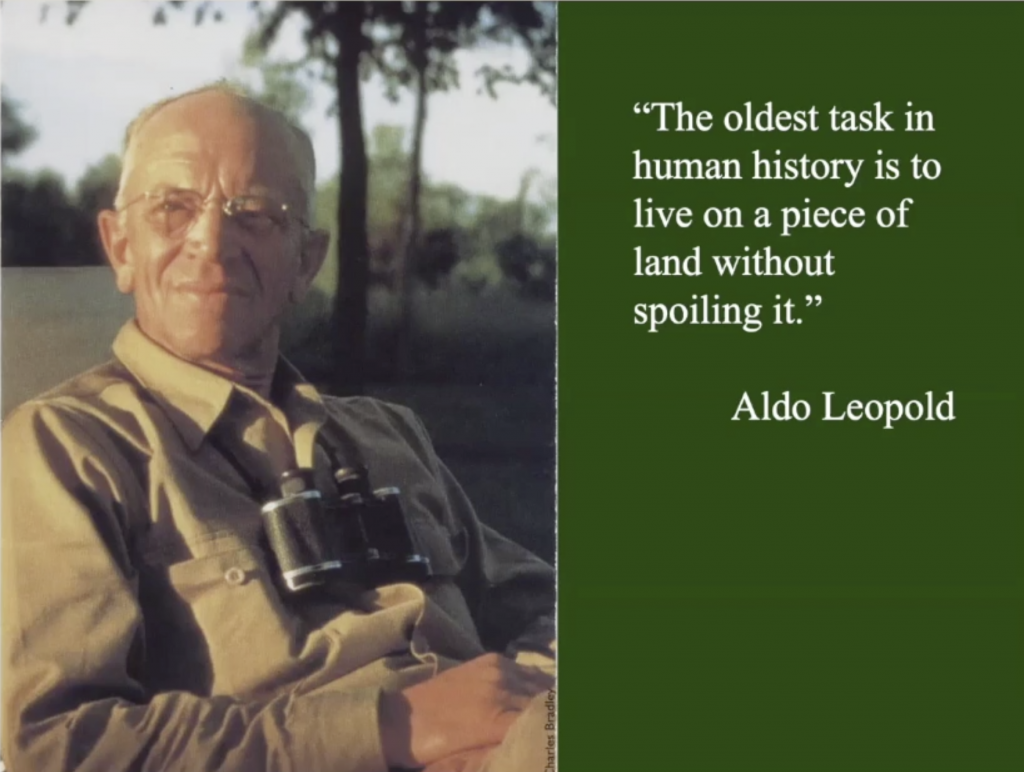 While there’s no replicating some elements of an in-person garden show—like the sight and scent of flowers—a powerful and ambitious alternative was presented last weekend: The Great Grow Along (GGA). This entirely virtual festival presented more than forty sessions divided among six track and featured forty-five speakers. Except for its lack of a physical presence, GGA’s programming was more ambitious than most gardening shows I’ve heard of. It included many speakers who, though well-known in the industry nationwide, rarely gather together in the same physical space. And it touched on more topics than are usually covered in any event of this kind, in-person or otherwise. The cost of attendance was thirty dollars and you had to have a computer/smartphone with internet access. Compare that with the thousands most of us pay in airfare and hotel costs when we travel to shows and conferences—not to mention the event fees and admission costs.

I have to agree with guest poster Layanee DeMerchant that I’ve never been too thrilled with spring garden shows, though I attend out of the need to see any gardens at this nasty time of year. The fakery of creating landscapes in windowless vast exhibition halls under bad lighting is always front and center. Talks often are held out in the open as people mill about and it’s hard to focus. Conferences held by the GardenComm (formerly GWA) and IGC  (Independent Garden Centers), which are usually held during summer,  have their strong points. The former has great afternoon tours and the latter shows off amazing merch. Of course, we did not have those elements this year.

I attended many of the Great Grow along sessions and enjoyed them. There were a few glitches, but they were readily addressed/owned by the organizers. Each session was no longer than 45 minutes, with some shorter, and the interaction, though not live, was provided through chat streams and question streams, with additional Q&A sessions addressing questions that had been submitted. Here are some highlights:

Doug Tallamy on Nature’s Best Hope
I thought I knew about Doug Tallamy by this time. I’ve interviewed him for Rant a few times, and I own his books. Even so, his talk was the most compelling I heard. He started by showing an acorn weevil larva make its way out of a tiny hole in the acorn and get released into the soil. He then launched into a passionate, fast-paced explanation of the importance of caterpillars as baby bird food, bracketed by references to E. O. Wilson, Aldo Leopold (shown above), and other inspirational sources. He went on to describe simple planting strategies that would provide habitat for insects without ripping up a traditional domestic landscape and showed examples of small, ordinary-looking properties that were supporting as many as 59 bird species. He urged people to put their gardens on homegrownnationalpark.org.

I was impressed by how Tallamy has refined and distilled his message. He’s low-key but with an underlying intensity. He manages to make it sound easy without ever sacrificing the urgency. His talk alone was worth the price of admission. But there was much more. 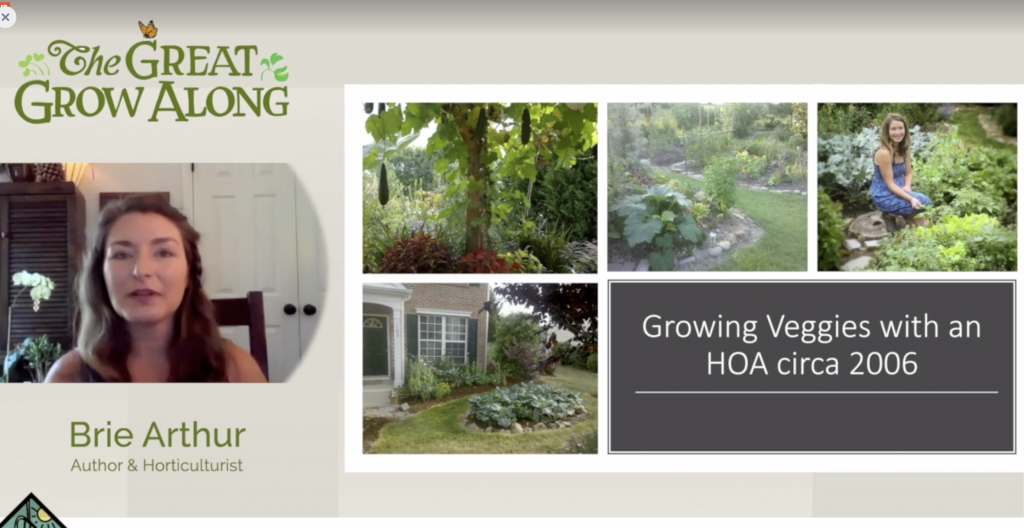 Brie Arthur on foodscaping
If there was anyone who could talk me into introducing a few edibles into my perennial and annual plantings, it would be this woman. She explained how she learned how to hide her front yard vegetables from her HOA by integrating them as filler into existing plantings. For someone who’s seen so many boring straight line vegetable rows, this was refreshing. 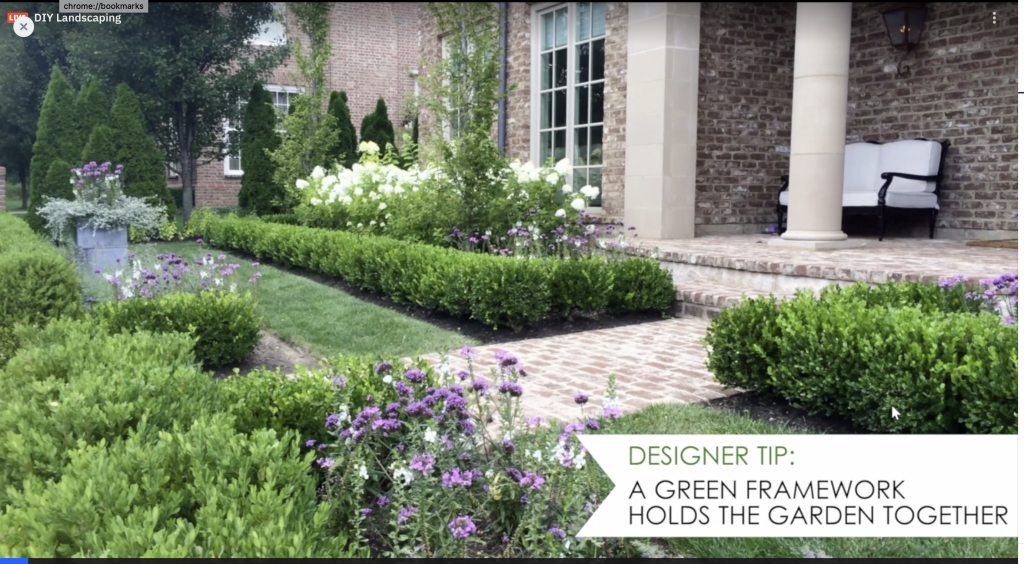 Nick McCullough on curb appeal
If there was anyone who could talk me into limiting my color palette to 3 contrasting cool or warm shades and calm down my garden with more green shrubs, it would be this guy. McCullough does the type of classic yet vibrant and inviting landscape design I always aspire to, but know I will never, ever reproduce in my own space. That’s okay though. It was still a great presentation.

Christy Wilhelmi
If there was anyone who could talk me into adding a few small fruit trees and …. No. Not gonna happen. But I was fascinated by her talk and impressed by the ground she was able to cover in such a short time. If you listened and took notes, you went away with the ability to start that fruit tree planting you’d always wanted.

There was much more, and, thanks to my 30-buck expenditure, I will be able watch anything I missed over the next six months. Bravo to LaManda Joy, GGA’s creator.