How the climate crisis came for my lovely English garden 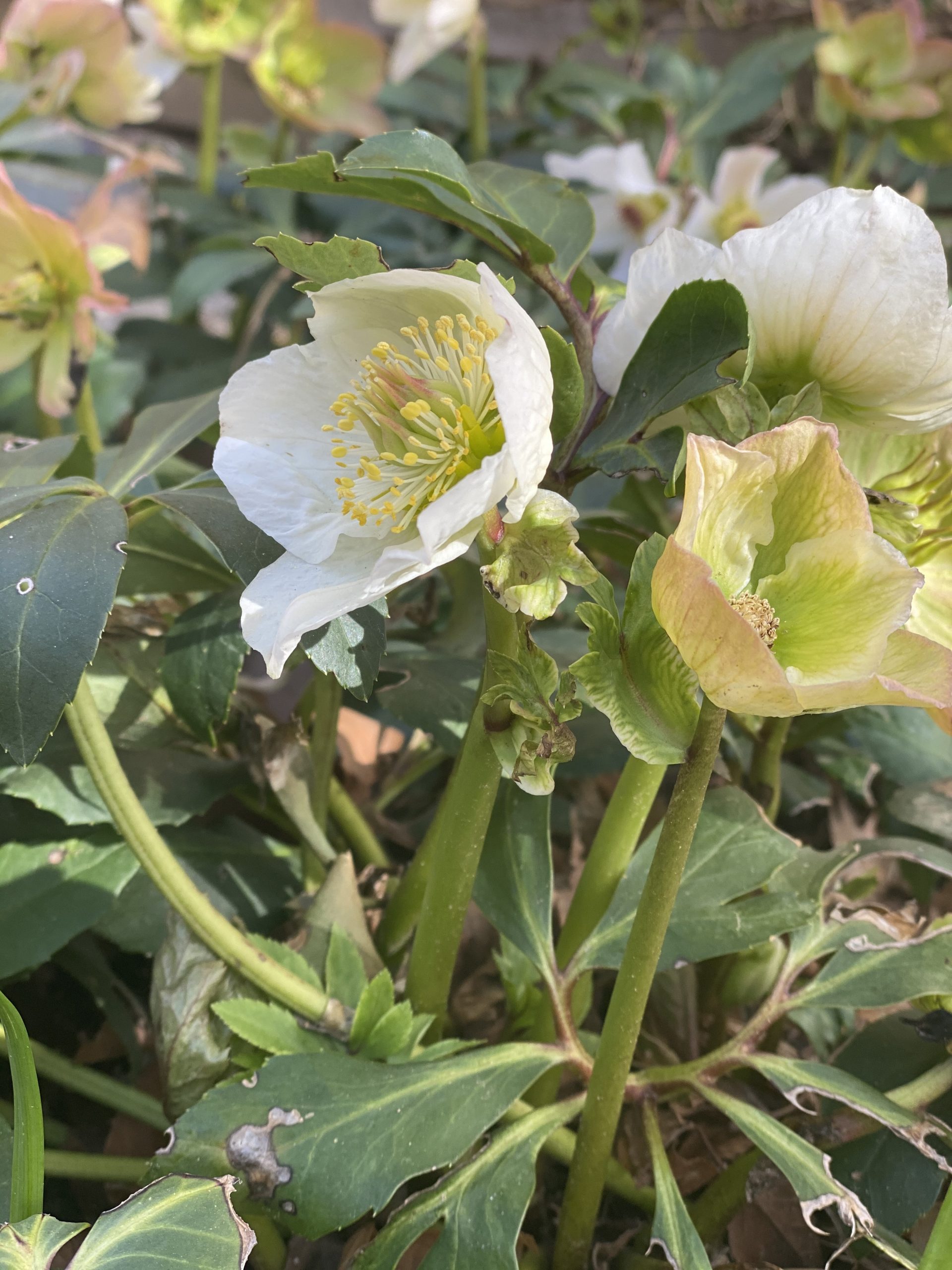 This hellebore is sad here, but that’s nothing to what happened as the season progressed.

Left elbow screaming in pain (gardener’s “tennis elbow” is a real thing), I raked up the last pile of yard waste from the shade bed under the London plane tree, scrambling to finish this final garden clean-up before a predicted windstorm scattered the tree’s sycamore-like leaves upon the whole expanse of the garden I had just toiled to put to bed.

I let out an extended sigh and shrugged my sore shoulders. The relief of this season just being over was big. Bigly big.

For this was the season of weather.com as fake news. It was the season of a dearth of water so grave that our seven-acre pond receded into a large mud puddle and the lawn turned crispy in July. It was the season of tough decisions over who got water and who would wait for the promised-by-weather.com-but-never-delivered rain. I am serious when I write that some days I would watch, agog, as a thunderous mass of black rain clouds would pass overhead and seem to part exactly over my town, delivering the longed-for water to the east and west, but none for me.

Winners? That blue Lacecap hydrangea that I paid big bucks for two summers ago got watered. Likewise for the roses, the truly despondent peegee hydrangeas, a few favorite rhododendrons, and all the baby plants I was deranged enough to move to new locations over our dystopian summer of pandemic, wildfire, drought, locust plagues, and a few murder hornets thrown in for good measure. Occasionally I would grimly drag a hose to a few plants (I am talking to you ninebark and Autumn Joy sedum) that had been steady performers, despite the devastation of less than an inch of natural rain in a New England season that usually brings seven or eight inches.

But the withering hostas, conifers, acteas, catmints, baptisias, and alarmingly disappearing hellebores that I hope to god will come back? I lugged the hoses right by them, convincing myself that the mass plant devastation the likes of which I have not seen in my thirty years of gardening is “early-onset” dormancy and not death.

My husband has taken to calling our grounds “Decrotia,” aptly borrowed and modified from the term  “decroded” (decaying + corroded), coined in the movie Napoleon Dynamite.

Climate scientists say “decroded” is our gardening future and that this is the sort of summer weather we are going to be facing as the planet warms. A number of reports I read this past summer suggest there will be rain, but it will come in violent bursts, rather than extended periods of moderate showers, and drought will be normal. Another suggested we should stop planting hydrangeas and azaleas in preparation for future droughts. Then I read this article:  the headline of which I have adapted for this post. It’s enough to twist the knickers right off of the most patient and committed gardeners among us.

This (blessedly) past season is more evidence that, yes, climate change is coming and we need to be ready. I am plotting my next moves; how about you?