Review and Give-Away: “The Earth in Her Hands” by Jennifer Jewell 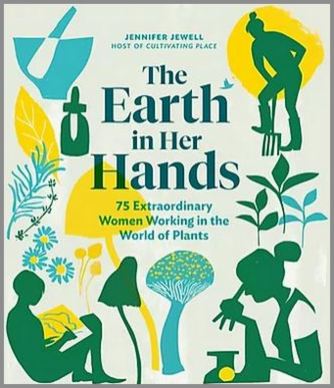 UPDATE: We have a winner! It’s Liz Genovese, with this comment (chosen at random): “Remember the days when having the most correct and most beautiful place settings was a thing? Gardening has suffered the same history. Hooray for those women who helped break the mold. I want to read their stories and share with my garden club.”

It seems so long ago now but I do remember that Marianne and I were excited to hear Jennifer Jewell talk about her new book – The Earth in He Hands – 75 Extraordinary Women Working in the World of Plants – at the Smithsonian.

That was in late March, so you all know what happened to the event. At least I was able to hear our colleague Tom Christopher’s excellent interview with Jennifer about the book – the interview that convinced me I really should read the book because it features such an interesting and diverse assortment of women and career paths.

How do these women “work in the world of plants?” By owning nurseries and garden centers, collecting and selling seeds, heading up public gardens, advocating for urban gardens or farming, photographing and writing about gardens, designing gardens, and working as horticultural therapist, scientist, garden educator or historian. 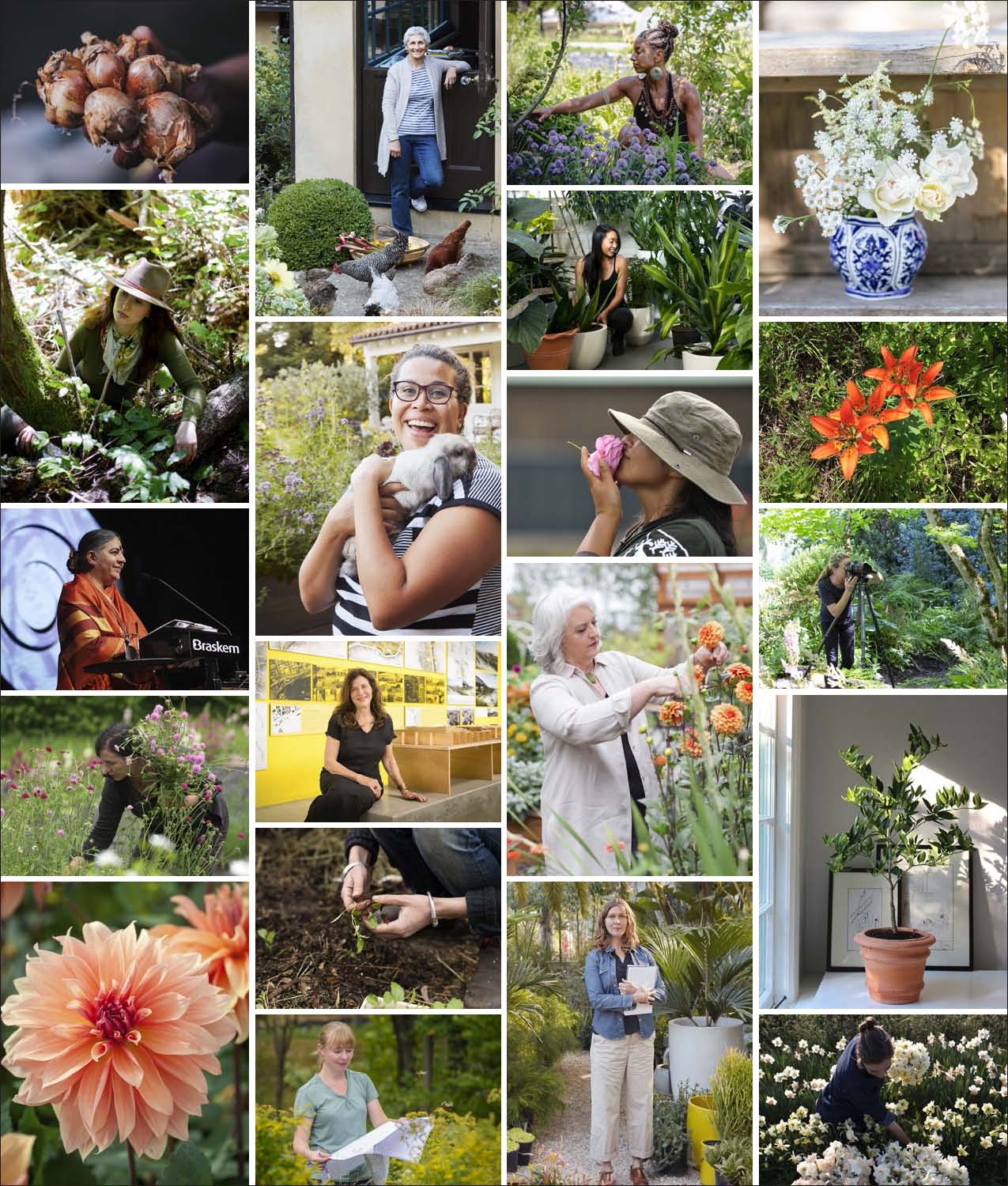 Regionally, the 75 women are from across North America and the U.K., Australia, Japan and India, where Jennifer found Dr. Vandana Shiva. She’s “a celebrated international leader in environmentalism, ecofeminism, and agroecology.” Despite my lifelong feminism, I was ignorant of any “eco” version, and asked Jennifer to enlighten me by email. She wrote:

“As for ecofemisim, it is a philosophical approach to seeing the demeaning/degrading of women and the feminine principles/energies/bodies in the world as being hand in hand with the demeaning/degrading/extractive mindset humans tend to have to the earth – and that both set of problems are born of the patriarchal mindset. That if you change that mindset and its attendant power and abuse of power, both the earth/environment AND the state of/quality of life of and respect for women the world over improve dramatically. This is a mainstay of the work of Vandana Shiva.” So now we know!

The 75 women also represent a wide range of ages, though the book doesn’t reveal their actual ages. I applaud that editorial decision. 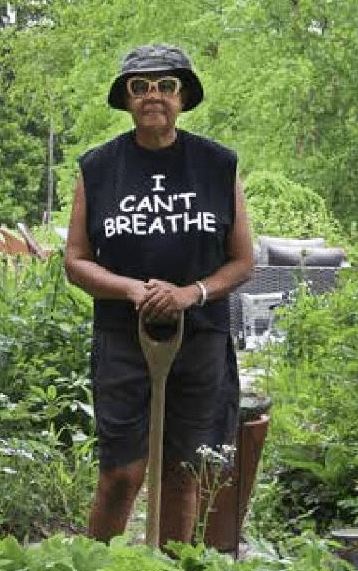 Now it’s time for some serious name-dropping! I loved discovering in the book all these women I actually know, starting with the ones in my area: Susan Pell, Beth Tuttle, Ira Wallace, Claudia West and Cindy Brown. Then there are the ones from elsewhere whom I know or have at least met: Lorene Forkner, Mia Lehrer, Marta McDowell, Debra Prinzing, Margaret Roach, Rene Shepherd, Flora Grubb, Annie Hayes and, of course, GardenRant co-founder Amy Stewart.

A writer I’ve never met but would dearly love to is Jamaica Kincaid, who to my surprise is wearing a “I can’t breathe” T-shirt in the book. I hadn’t realized that the phrase became a meme back in 2014 after the killing of Eric Garner.

But back to Amy Stewart, one of the 75 “extraordinary women.” Amy’s profile covers her biographical journey and her many books but also quite a bit about GardenRant:

“Beyond her books, she has helped catalyze change in the horticultural world through the energetically irreverent GardenRant blog platform, which injected the field with some much needed (often female) sarcasm and deep critique of its precious and often-elitist posture.”

“In 2006 Amy cofounded GardenRant with garden writers Susan Harris and Michele Owens, and later, Elizabeth Licata. For its tenth anniversary Amy describes the new undertaking as ‘a modest little idea we had to stage as a horticultural revolt. We were tired of what the mainstream gardening media had to offer—warmed-over garden tips, repurposed press releases about the ten thousandth new coleus on the market, dull little essays about the wonders of spring—and we were convinced that bloggers could overthrow the gardening establishment. Like all good revolutionaries, we began by writing a manifesto.

“The manifesto began ‘We are convinced that gardening matters.’ To Amy,it was critical that for gardening to matter, gardeners had to “get out of the lifestyle section and as far away from home decorating as possible. We’re talking about how we interact with the plant kingdom, not how to choose a throw pillow. This shit is important! We’re flabbergasted at the idea of ‘no maintenance’ gardens. Gardening is something you do. It’s not something you buy and arrange around the exterior of your home in between fluffing the aforementioned throw pillows.’

“GardenRant was a compelling twist in gardening conversations that leveraged the new powers of the socially connected digital world to disrupt the gardening-as-consumerism model. Amy describes the beginning, recalling,’You could not say things critical of a company, or any-thing like “I f ***ing hate nandinas and they should be banned.” It was so boring.’ GardenRant opened doors in garden communication and addressed a blind spot for plantspeople that needed attention.'”

Thanks, Jennifer, for that nice reminder of our origins and for finding so many other women for us put on our radar and be inspired by.

Just post a comment here (or on our Facebook page) about why you want the book, and we’ll choose one at random. The deadline is a week from Monday – July 13.