What’s in a decade? Plenty of gardening, for sure. 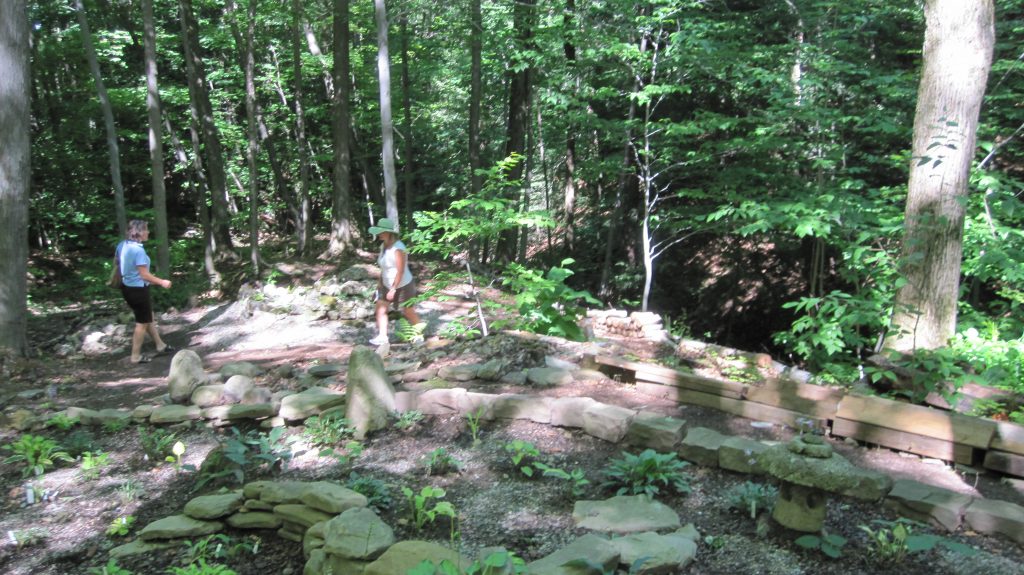 2010 was the year 70 garden bloggers came to Buffalo and toured this lovely spot, among others.

There’s been a deluge of backward-looking articles and posts, so why should Rant be any different? Except that this will be, because I am too busy with my day job and side jobs (paid and unpaid) to go through a decade of Rant posts. Anyway, we did that when we celebrated our ten-year anniversary in 2016; that was definitely a highlight for us!

It is interesting to think about how the gardening discourse has changed over the past ten years, and, in some ways, our discussions on Rant provide some insight on what has changed. I did glance back at some 2010 posts and found some indication of what has changed most.

HOUSEPLANTS!
I was mocked or ignored, pretty much, whenever I posted about houseplants. In fact, one of my earliest Rant posts was a response to Amy Stewarts, “10 Reasons Why Houseplants Suck.” I, of course, had an equal number of reasons why houseplants rock.  I still think they rock, but, even though I have been buying more, I cannot begin to compete with the indoor plant craziness I see every day on social media. We all fondly imagined larger numbers of young people were getting into vegetable gardening ten years ago. Maybe they were (I doubt it), but the intensity was nothing like this.

Natives and pollinators
This, and many other debates, have not certainly not cooled down, but they have become more nuanced and, in many ways, more urgent. Nobody was saying pollinators weren’t important  then, but not as many were saying, “Just do it! Whatever it takes!” That’s what I am hearing now. In our local Facebook group, I now see just as many or more images of bees and butterflies as I do of flowers. We also have a lot of gardeners actively raising butterflies in the group.  And the urging for natives has become more reasoned—for the most part. It’s too important for all or nothing talk.

Lawn talk
I don’t really see these discussions as very heated anymore, though I could be wrong. People seem to be finding the middle ground—not focusing on resource-intensive maintenance and encroaching on lawns as an alternative to getting rid of them. My position hasn’t changed: didn’t have a lawn then, don’t now. And sadly, I am really just talking about gardeners who like to talk about gardening. I see no evidence that vast tracts of suburbia—where the definition of gardening is tidy landscaping—have given up on the mow-and-blow way of life. However, the spirit of compromise does not seem to rule when it comes to social media:

The rise of stupid memes; the decline of research and reason
I would love to stop lamenting this horrible development, but I can’t. Ten years ago, we talked, here and elsewhere. This blog would have 40, 60, maybe over 100 comments where people were reasonably, if passionately, discussing issues. Things change, of course, and now the online discourse is happening more on social media. But some kind of filter has been removed. Methods that have no scientific basis are simply spread everywhere and accepted by many, like this (but less grammatical): “Why, thanks for the advice! I’ll go out and get that Dawn dishwashing liquid and spray it today!” And disagreements get ballistic, fast. Just get off it? Can’t really; it’s part of my job and there are good things, like friendships and family.

I could say more. I could say that ten years ago we had people in Washington who were making change that would help, not harm, the natural environment. Oh, I did say it.

When I think about ten years in my personal gardening life, I wish I could say that I’ve learned and progressed, but I honestly do not think that’s the case. I make the same mistakes and spend about the same ridiculous amount of money. And I love it just as much, no more, no less. I am also glad to still be posting here, with five great partners.

I missed some big things, I am sure, so feel free to tell me in comments!