In Colorado, seeing lots of right rock in right places 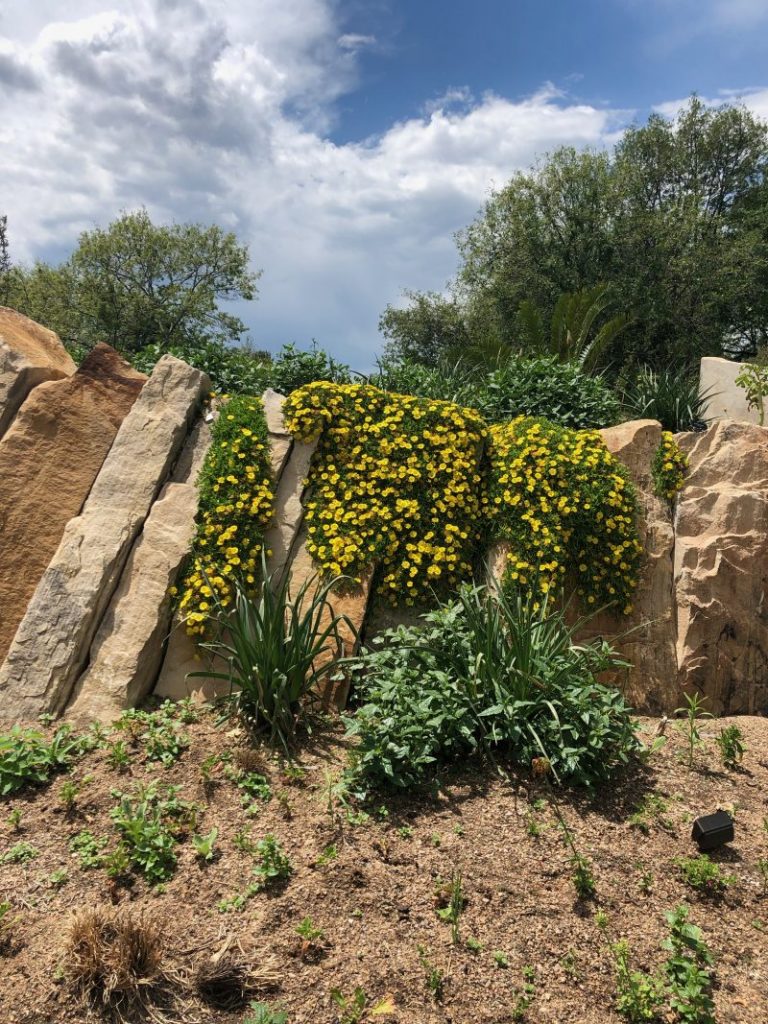 I’ll never consider attempting a rock garden again. Not after visiting the superb spaces of Denver, Fort Collins, and Boulder, all part of a recent garden bloggers’ trip that some of you may have attended—or at least knew about. It’s no wonder Denver does rocks well. The Rocky Mountains were visible from almost every garden we saw. 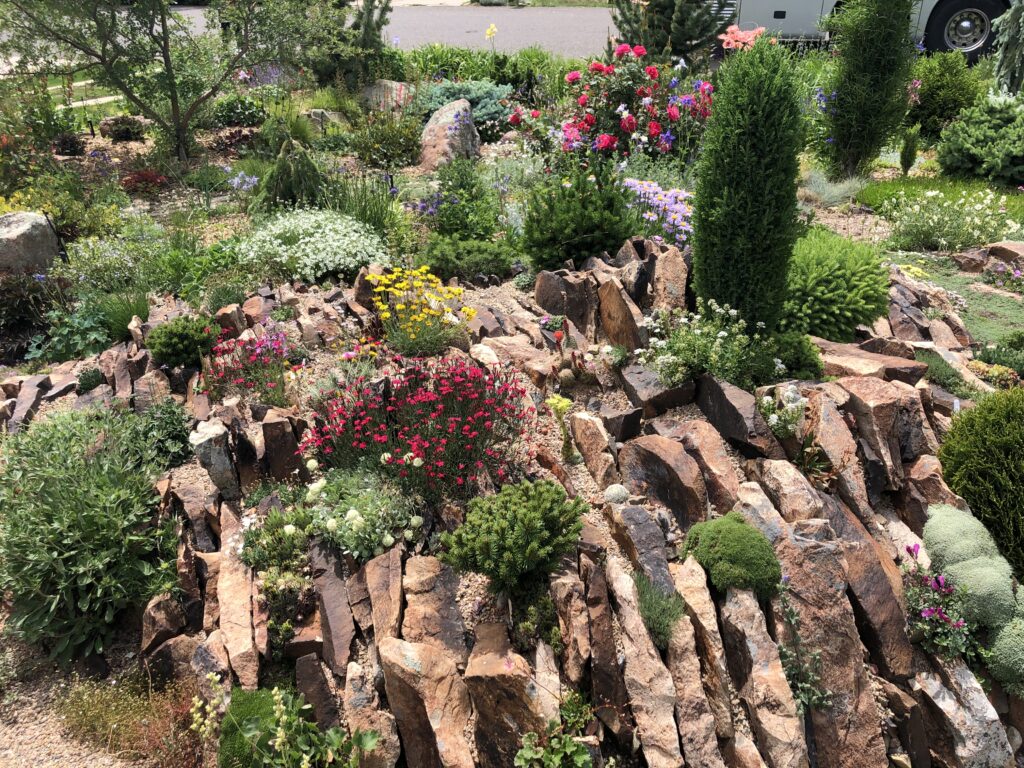 New to me were the crevice plantings, seen at a private garden in Fort Collins (above). The thinner slabs are set vertically on end with flowering perennials, dwarf conifers, mosses, and other plants springing from the spaces between them. Apparently, this technique comes from the Czech Republic (according to High Country Gardens). It channels water away from plant crowns and limits soil around the roots; bare root plants are recommended for it. You need a berm, the rocks, and the plants. I won’t be trying it. 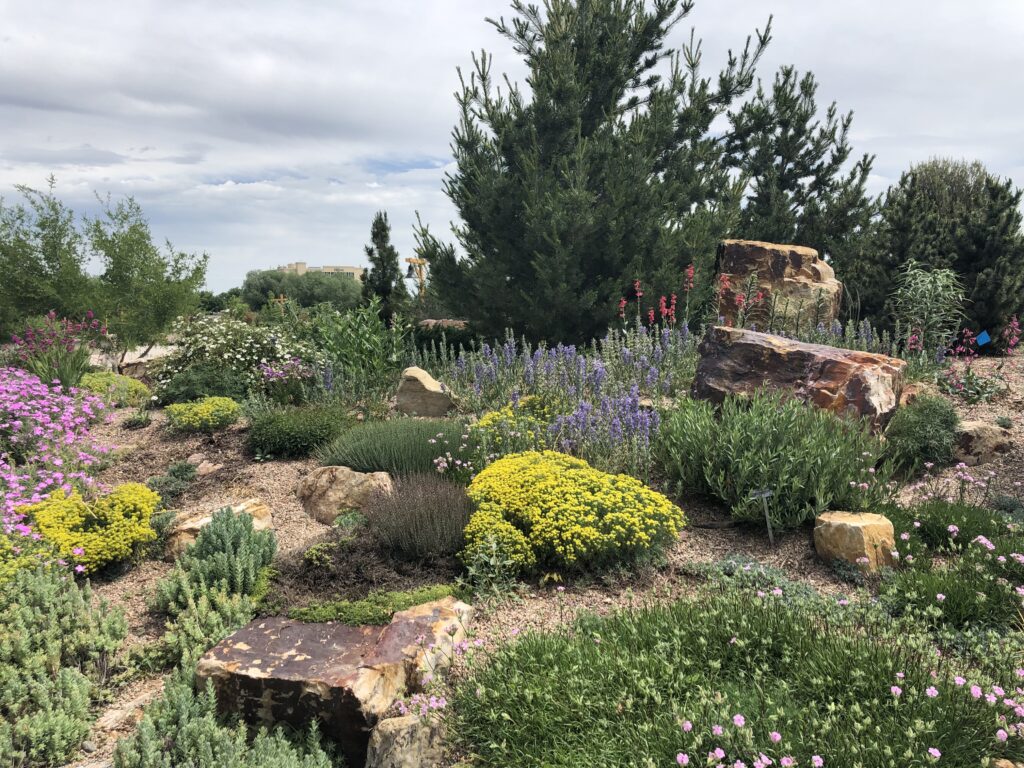 Before that, we had visited the Gardens of Spring Creek, which have an expansive rock garden area. And when I say rocks, I mean gigantic boulders a third as high as many of the shorter trees in these plantings. We were struck by all the columbines in these plantings, as well as by a stunning display of eriogonum umbellatum (below). 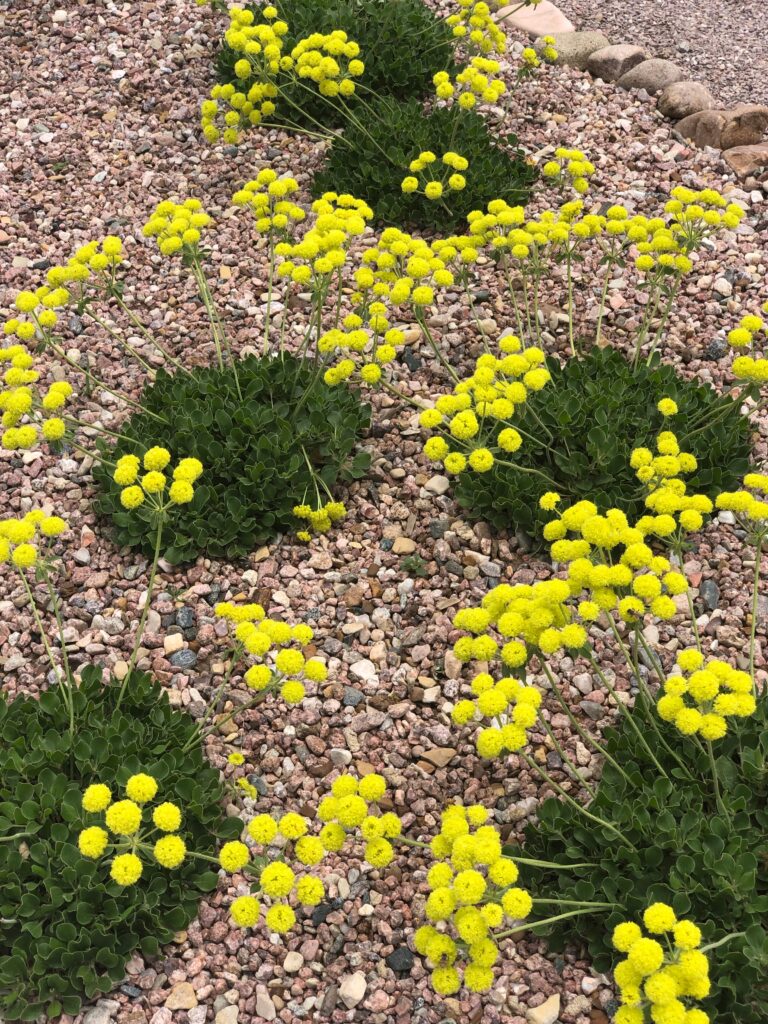 Finally, the Denver Botanical Gardens has alpine and steppe gardens; both had big rocks, so I am not quite sure which I photographed, probably both. The image at the top of this post is typical of these dramatic plantings, contrasting arid stone expanses with vivid, sometimes florescent plantings. Try this at home? No way! That’s why we see it on trips.

I have attempted to use rocks in my mostly shady spaces. If they don’t sink gently into the ground, never to be seen again—until I’m trying to plant something and my shovel hits one—they just look like I couldn’t get anything to grow in a certain space. I do have two large boulders in the front, placed there by a service, which are happily supported by the almost-rock-hard network of maple roots below them (one shown above, in spring).

I also saw an attempt at a crevice garden writ small where the slabs and plants were placed in a  big pot. Nice enough.

Actually, after seeing all this, I don’t even feel like I need a rock garden any more. I know where I can find them.