I’ve been reading book from 2018 that just recently appeared as a paperback, The Food Explorer by Daniel Stone. It’s a best-selling biography of one of the great plant explorers of the late 19th and early 20th centuries, American David Fairchild.

The author, Stone, is not a botanist or horticulturist. Indeed, he’s a former White House correspondent who now writes for National Geographic. This is apparent in his fascination with what qualifies botanically as a fruit and what as a vegetable. I think we all went through a stage as children of marveling that a tomato is botanically speaking a fruit, but for most of us the surprise wore off as we became more educated in the technical aspects of our field. 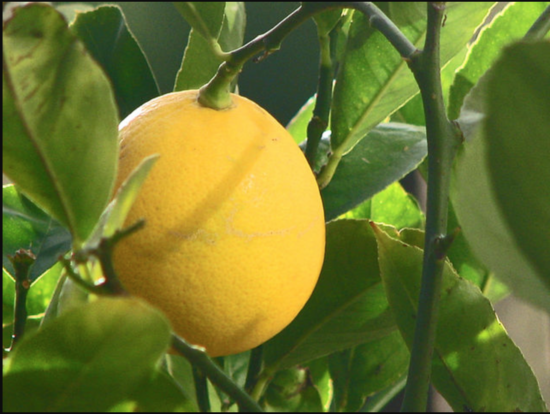 Stone’s interest in Fairchild centers on his role in introducing the American palate to exotic fruits and vegetables. This was considerable, for Fairchild sent back a flood of cuttings, seeds and plants over a personal collecting career of a dozen years, and 30 more of supervising other collectors as head of the USDA’s Office of Seed and Plant Introduction. In all he and his deputies introduced some 111,857 samples of seeds and plants.

Every good adventure story needs a villain, and for Daniel Stone, the villain of this gastronomic romance is Charles Marlatt, head of the Division of Entomology at the USDA and a pioneer in the recognition of the dangers posed by introduced insects and diseases. Marlatt had personally observed the way that the San Jose Scale (which actually originated in Asia) ravaged the California citrus industry – he introduced the ladybird beetle that helped to control the plague – and the early years of the 20th century were the time when the chestnut blight fungus from Asia began to decimate the eastern North American hardwood forests. Marlatt’s response was to lobby successfully for strict inspections of any imported plants. Today, as we fight a losing battle against a host of such imported pests such as Emerald Ash Borer, Hemlock Wooly Adelgid and Asian Longhorn Beetle, Marlatt seems remarkably prescient.

Yet Daniel Stone dismisses him as “spiteful” and “hysterical”. Stone’s account presents as an epic confrontation the importation of the Japanese cherry trees to Washington D.C. in 1909. Fairchild had brokered this gift from the Japanese government. Marlatt insisted on an inspection of the new trees and found root galls, two kinds of scale insects, a new species of borer and six other dangerous pests. The trees, instead of being planted in their new home were consigned to a bonfire. (It was a subsequent, better managed shipment that provided our capital with its popular springtime spectacle.)

I once interviewed the office of APHIS, the USDA’s Animal and Plant Health Inspection Service that was charged with inspecting the introductions coming in through New York’s Kennedy Airport. They likened what they did to dipping a spoon in to sample a passing stream. There was simply no way they could keep up. In light of this, I wondered at Stone’s assertion that “Most incoming plants from around the world were fine, and responsible inspections of suspicious loads were sufficient.”

Would that this was so.