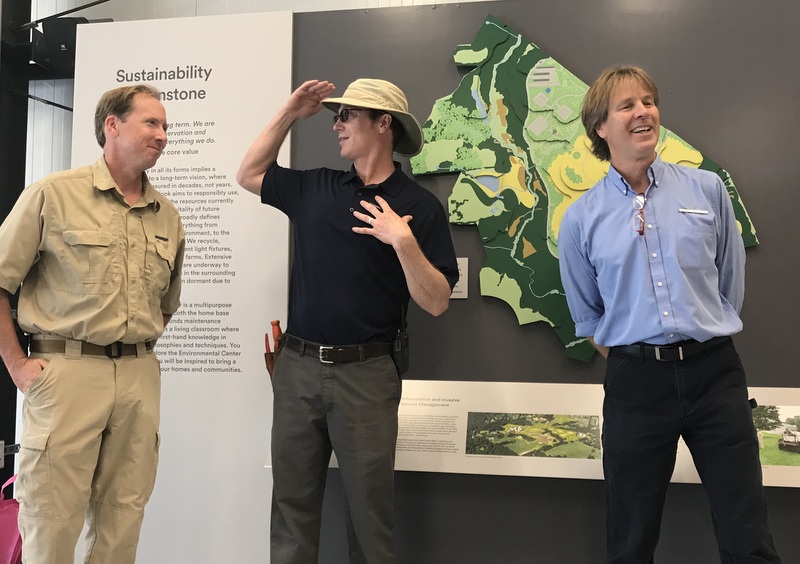 When I showed you Glenstone in Winter last December I promised return visits throughout the year. Well, last week I got to go back with full press treatment, thanks to the organizing talents of Kathy Jentz on behalf of GardenComm, the garden communicators organization.

Chief Sustainability Officer Paul Tukey (author, Emmy-nominated documentarian, HGTV host, lecturer and all-around proselytizer for organic lawn and landscape care) welcomed us and told us some details that were new to me.

Then there’s the story of how he came to move from Maine to work here in Maryland. Director and Chief Curator Emily Rales had asked staff if the grounds crew used any toxins on the lawn and then reviewed the material safety data sheets for all the products, and didn’t like what she saw. So she hired Paul, the well-known activist for organic lawn care, first as a consultant and eventually full-time in charge of all their land reforms, and more.

The story interested me because she’s an art curator, with official connection to environmentalism, but aren’t we glad she cared about the land so much because restoring almost 300 acres to good health is HUGE.

I also resonated with Paul’s description of his work at Glenstone as consistent with his career as a “gardening journalist,” which he described as someone who finds the smartest people, gets information from them, and passes it on. Me, too! 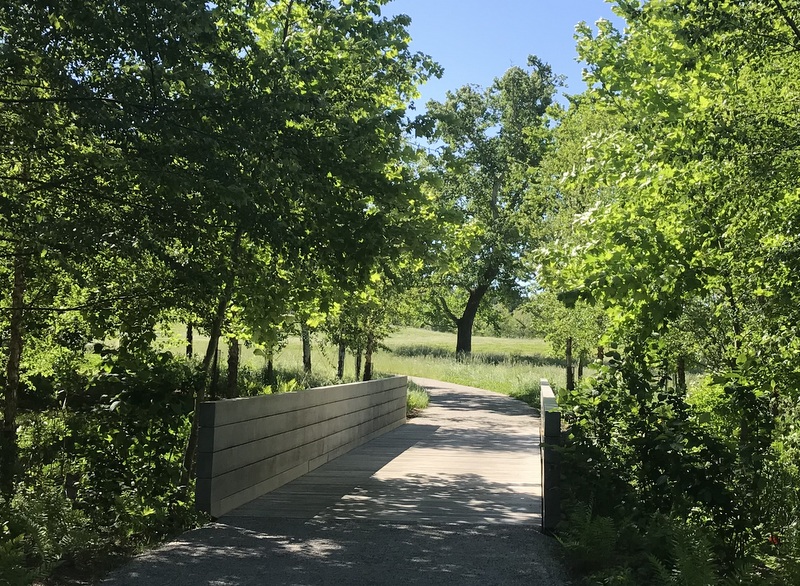 The largest projects going on now are about stream management, something that Paul says has changed his life professionally. The goal is to slow water down and make places for excess water to go, and that’s required major regrading, and removal/replacement of many trees.

(One of the replacement trees was the largest tree ever to be moved in Maryland, at a cost of about $100,000. It’s at the center background of this photo.) 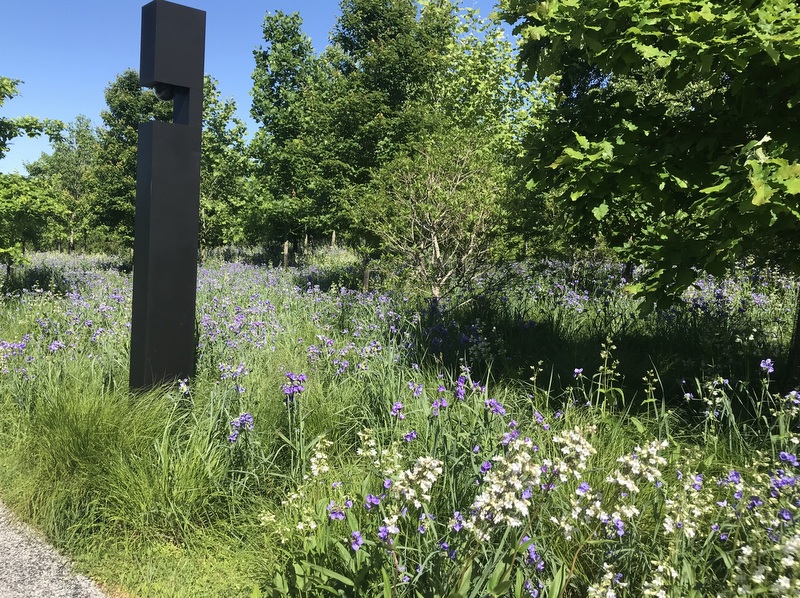 Now in its third year, this meadow is finally blooming as hoped – at least now with both Tradescantia and white Penstemon flowering. Two types of sedges are filling in nicely, too, and the Little Bluestem is thriving after several years of seeding. Previously this was mostly covered in Japanese stiltgrass.

Grounds Maintenance Director Matthew Partain has stories to tell about the process of creating this meadow, all ending with “Meadows take patience.”

Meadow expert Larry Weiner helped in the design and installation of the garden, especially with getting the right soil mix. 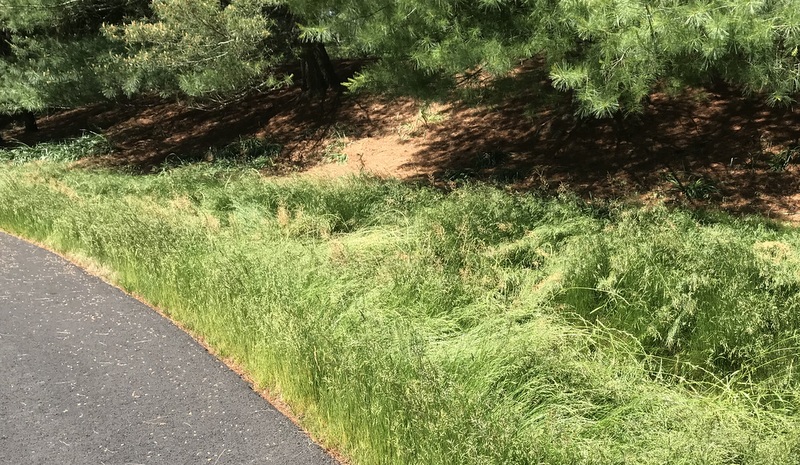 Matthew pointed out the No-Mow fine fescue grass growing along the road here, which he’ll cut back just once. He’d impressed with its performance. 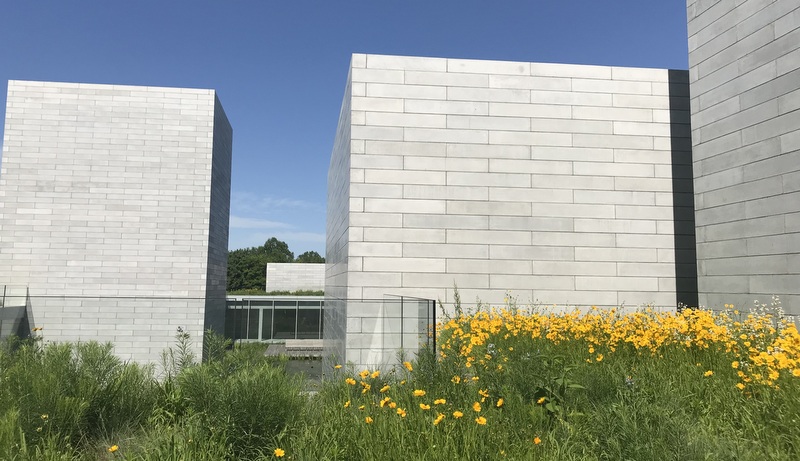 Lots of coreopsis were blooming around the art galleries. 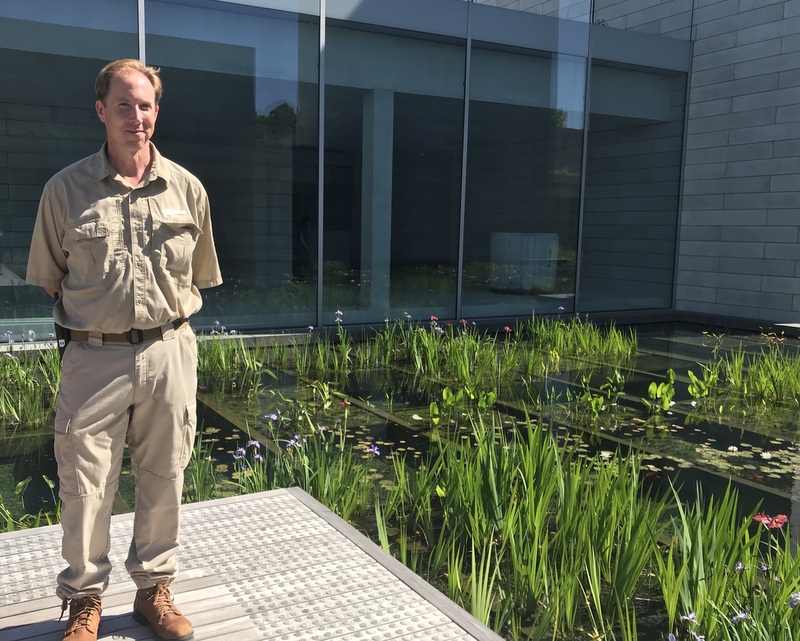 The galleries have a great view of the water garden, where John Sander is in charge. Before coming to Glenstone he’d spent 30 years doing aquatic horticulture at Lilyponds Water Gardens in Maryland. 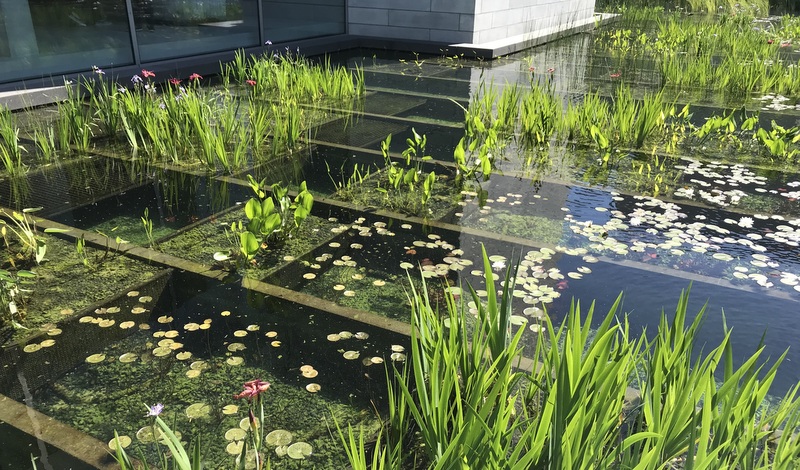 John told us that all the plants here are natives except for the water lilies – because the natives are too vigorous. And the only fish here are the mosquito fish, which have an important job to do. Wildlife he’s seen in the garden include dozens of dragonfly species, tree- and bullfrogs, and about a quarter million snails, he estimates. He’s happy to report seeing only one coin, a nickel that he got out of there quickly. Don’t want to encourage more wish-makers.

Mistakes made? Planting in mostly rock, and not enough soil. He calls those rocks the bane of his existence – that and algae removal, which apparently involves sweeping. (My notes are failing me on that point.) 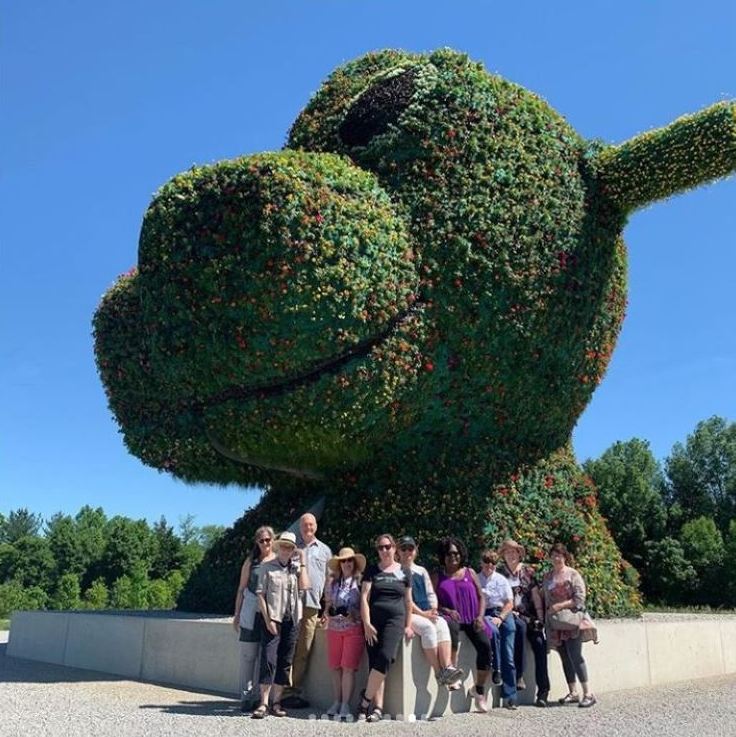 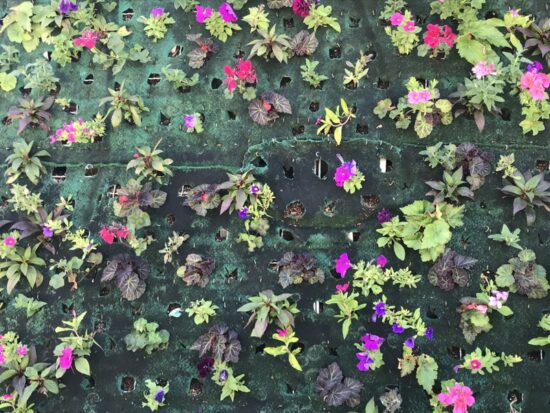 Back out in the meadow we gathered at the sculpture Split-Rocker by Jeff Koons, which was installed here in 2013. It’s 37 feet tall and is planted with about 24,000 annuals each spring.

But what IS it? The heads of two children’s rockers – a dinosaur and a pony – sliced together nose to nose.

Adrian Higgins described it and its first planting for the  Washington Post.