This garden on the campus of the University of Maryland isn’t about prettifying the campus, though it IS an improvement. It’s about teaching students how to grow food, manage stormwater and help the bee population. It’s tellingly located between the School of Public Health and the Recreation Center. 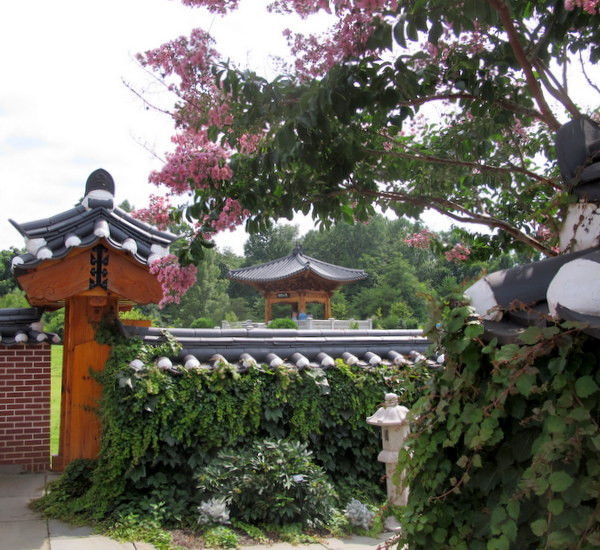 It all started when a food security question was asked by a student: Where can I grow food on campus? That led to a graduate student initiating the project in 2008, first by asking for 3-4 acres of space. Ha!! What was eventually allocated is a tiny sloping patch between two buildings, a space that couldn’t possibly be used for anything else. So an unsightly hill covered with invasives is now an attractive and super-useful amenity, one of four food gardens on campus. 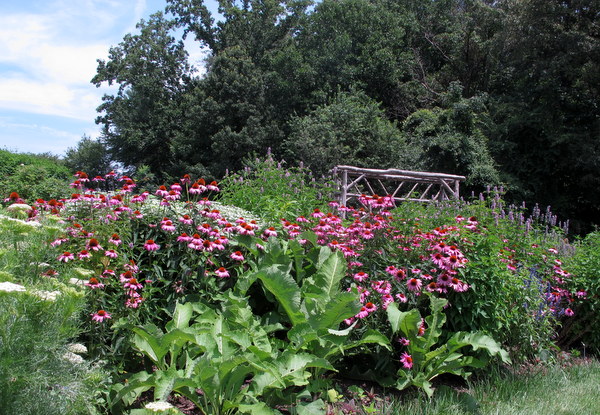 How the edibles are watered is pretty genius. The raised beds and rain barrel stands (built by students), along with carefully laid piping, release adequate water except during long droughts.

A solar panel-powered pump for watering is triggered by floats in the rain barrels. All water and power to the garden is off the grid, as long as water quality (monitored by students in the School of Public Health) is okay.

The garden is maintained as an extracurricular activity – no credit – by the Student Garden Club, whose members have regular work hours here. Also, a class in sustainable agriculture sometimes takes place in the garden, with students doing real work. And there are one or two paid summer interns to tend the garden. Food from the garden is donated to a campus food pantry.

Fixing a Parking Lot Runoff Problem
The garden is also a successful stormwater management project, one that treats runoff from an uphill parking lot while raising awareness of the problem of episodic water scarcity in this relatively wet region. (With climate change, droughts are longer and rains come in greater downpours.)

Source of solar power for pump shown on right

The National Science Foundation provided a grant to build a cistern, using the research findings of engineering professor Dr. Allen Davis. He studies how and the degree to which bioretention cells could cleanse surface flow stormwater for irrigation purposes. Three swales empty into the sistern. 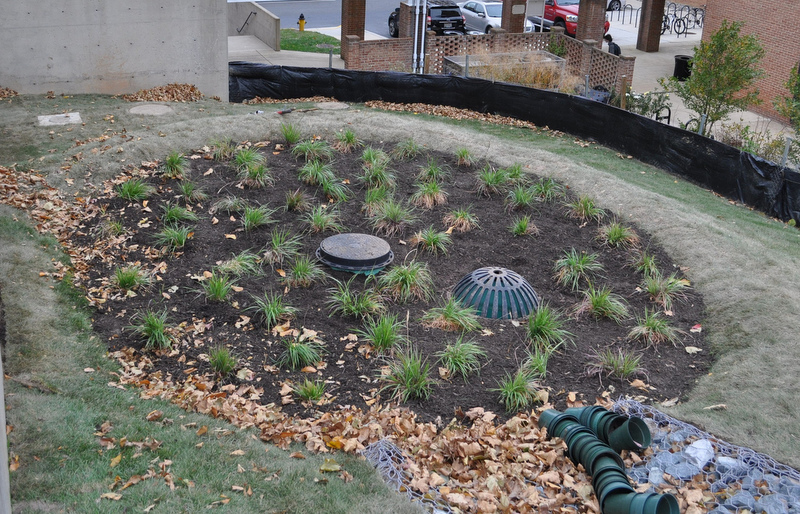 One of three swales or rain gardens that empty into the cistern, after planting.

Here’s a video about how the whole system was made. 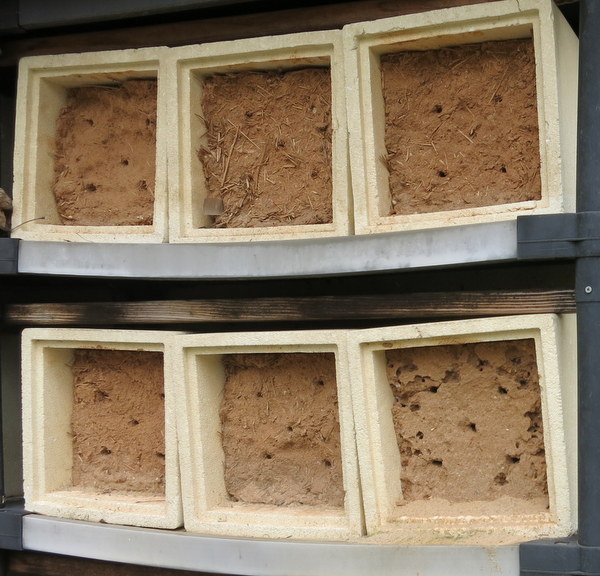 The garden also houses the university’s bee research program, where a variety of reproductive chambers are monitored to learn which are the most successful. You can see into the chambers and actually hear the bee activity! 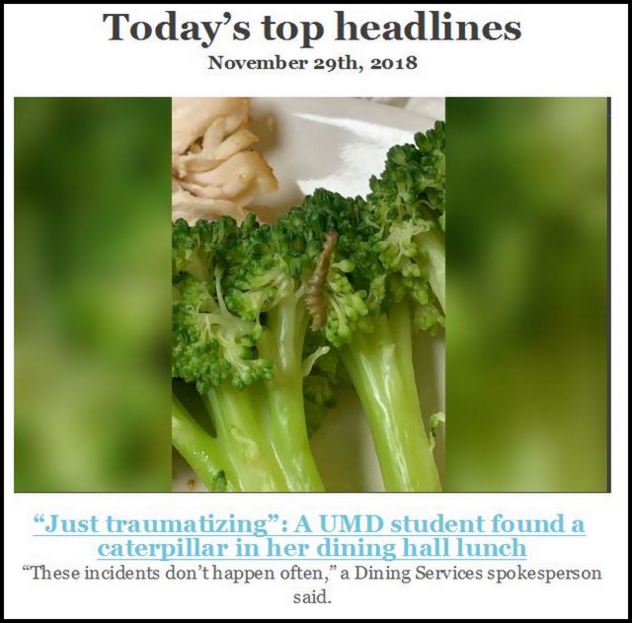 Yesterday when I was writing this post I got a laugh from this headline in the student newspaper about the traumatizing sight of a caterpillar in some broccoli. Do you suppose gardening would have helped reduce that trauma? The traumatized student quoted here is a cell biology and genetics major. I’m betting that means lots of benchwork and no time outdoors.