Niagara Falls is not frozen 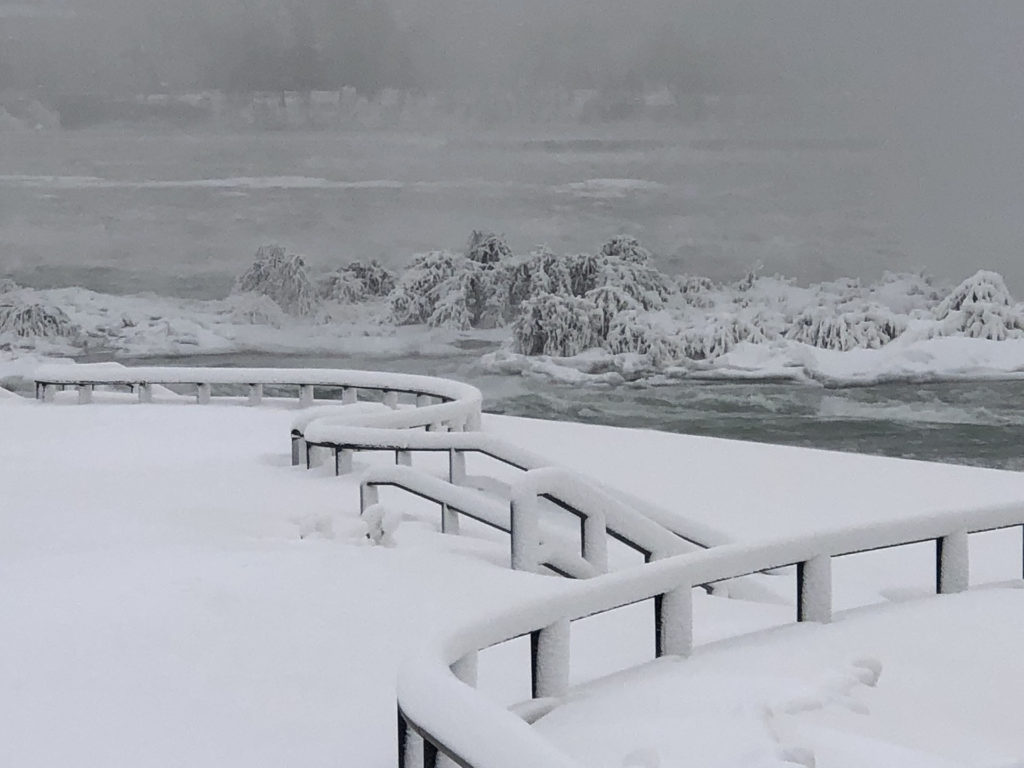 And it wasn’t three years ago either, which was the last time this clickbait appeared on Facebook. But it is pretty damn cold, and frozen mist has formed a crust of ice over some parts of the still-flowing water—the thinner Bridal Falls, in particular, really looks frozen, though water is moving underneath. 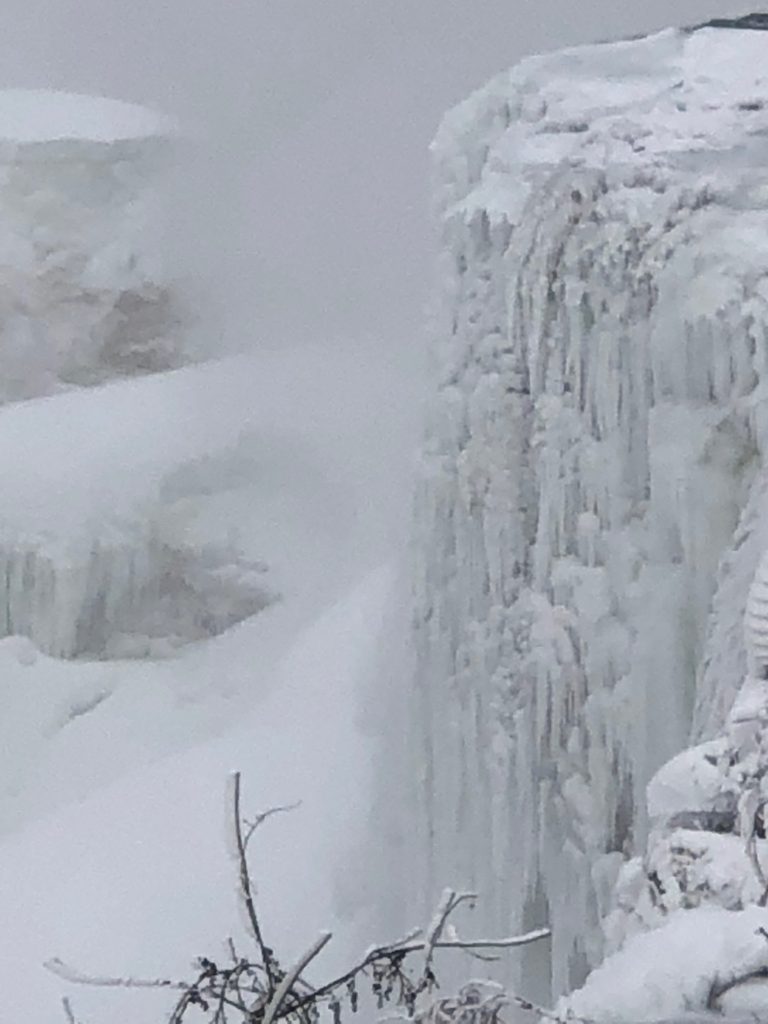 Sorry for the pixilation–this zooms in on the Bridal Falls, the approach to which is always closed in winter.

Frozen or not, it is beautiful and I love visiting Niagara Falls State Park in winter. Trees near the brink are coated in white and the snow and ice formations on the river and rapids are ever-changing and always fascinating. When we went a few days ago, it was so cold that a squirrel had made its way into the visitor’s center, and water birds huddled together on the ice and snow formations on the river. It’s actually a much more interesting place at this season. 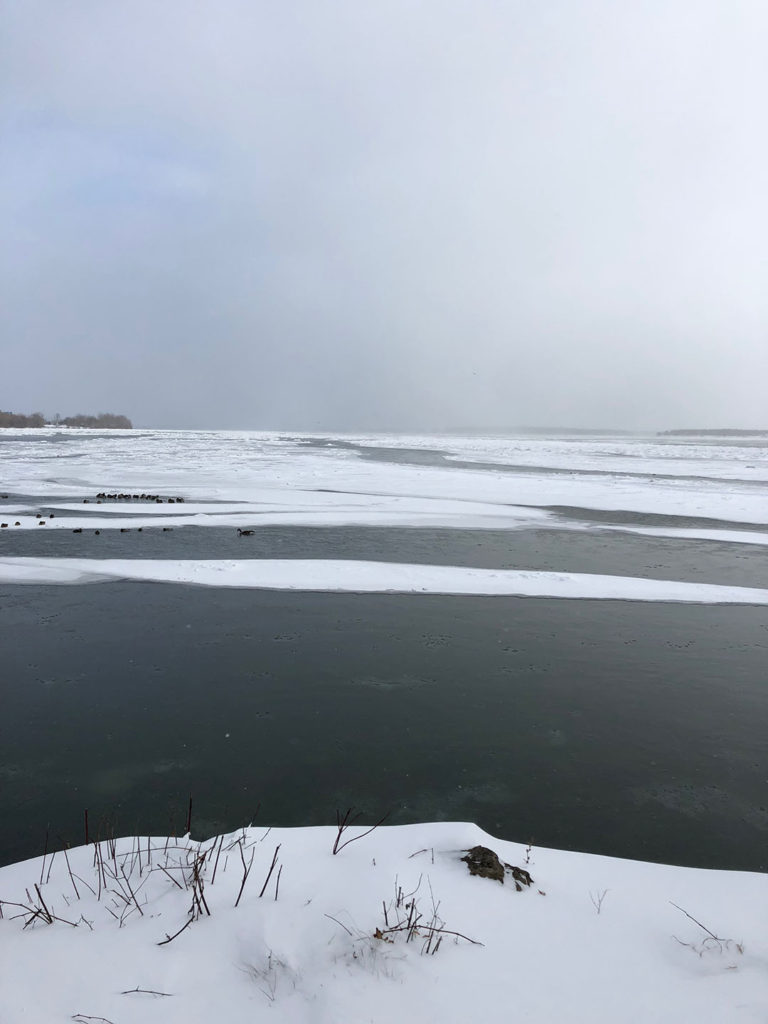 Winter weather exaggeration has gripped the news media for weeks now. I love the new word, “bombogenesis,” a legit scientific term for a rapidly intensifying storm that is a gift to hyperventilating weathermen everywhere. The dangerous thing is that too often, especially around here, there is hysterical excitement about storms that underperform and little talk at all before big events (we had minimal warning prior to the Blizzard of ’77 or the October 2006 storm that damaged thousands of trees). Nobody really expects weather prediction to be of much use, especially more than a few hours out, but sometimes the hyperbolic warnings of disaster from the sky can cause unnecessary panics. The positive side? Weather talk is always kind of fun—as long as nobody gets hurt.