The One and Only Poison Ivy Horticulturist 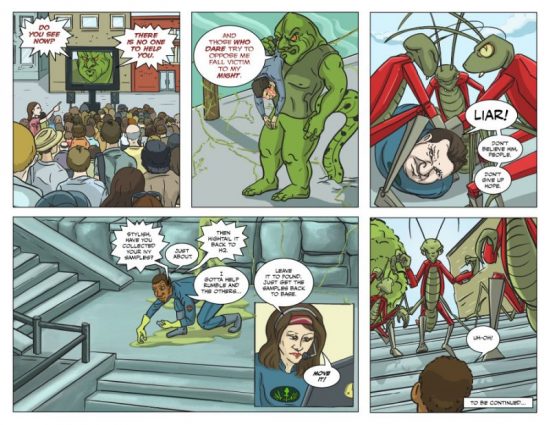 Superman was the most thrilling comic book hero of my boyhood. “Look… Up in the sky…It’s a bird, it’s a plane, it’s Superman!” I felt better knowing that good would conquer evil—eventually.

Now, J.J. Burkman and the “team of horticulturalists-turned-heroes are fighting an evil villain named Heart Root and his hostile band of praying mantises who are taking over the world.”

I doubt The Coasters could have imagined a comic strip with poison ivy as its centerpiece when they wrote their hit song Poison Ivy in 1959. The Coasters knew something was giving them an itch, but they didn’t have a clue about urushiol, the “oily allergen,” that causes the god-awful dermatitis.

And mumps’ll make you lumpy

And chicken pox’ll make you jump and twitch

A common cold’ll fool ya

And whooping cough’ll cool ya 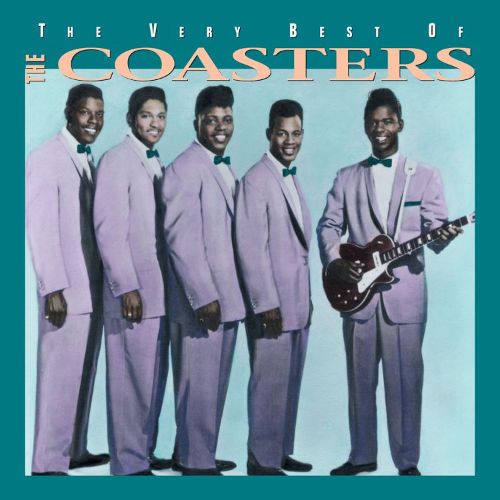 Burkman, the comic-strip leader, describes the environmental menace: “…the ivy has mutated…invaded our city and the very politicians who ignored my counsel have turned to my team to save them.”

Anita Sanchez, on the book cover of her interesting new book, In Praise of Poison Ivy, suggests poison ivy is the “World’s Most Hated Plant.”

Sanchez mentions scientific evidence that poison ivy is getting worse, or at least growing faster than before, as a result of increased levels of carbon dioxide. 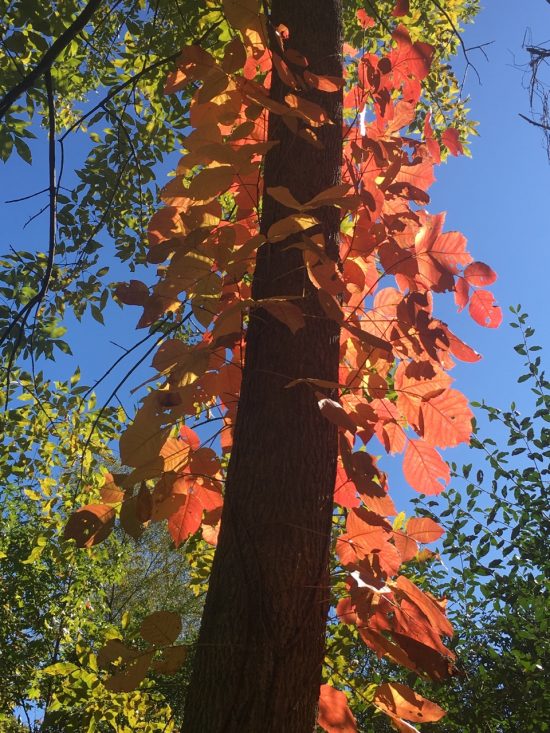 But, instead of striking fear, and positioning poison ivy as the “World’s Most Hated Plant,” it might be more accurate to say poison ivy is one of our least loved plants.

Sanchez notes a few virtues of poison ivy, including bird nesting and erosion control, but I challenge anyone to tell me they know a person who is as in love, or at least as obsessed, with poison ivy, as Umar Myca.

I met Umar a few years ago at the MANTS tradeshow in Baltimore. He was a spokesperson for Zanfel, a company that sells an ointment for poison ivy treatment. Zanfel was developed in accordance with the properties of the plant itself. The treatment removes ururshiol from the skin before or after breakout, providing immediate relief from itching and burning. The Zanfel booth was busy. I heard a Virginia nurseryman say, “Stuff [poison ivy] eats me up.” A convert to Zanfel’s “Poison Ivy, Oak and Sumac Wash” said, “You need this when you’re in terror of poison.”

While Umar was busy working the booth, I talked with Zanfel’s Customer Service Representative, Dan Boelman, who said, “I’m a fan of Umar’s. “He’s great student of the plant, and he fills his knowledge with ecological and qualitative studies.” 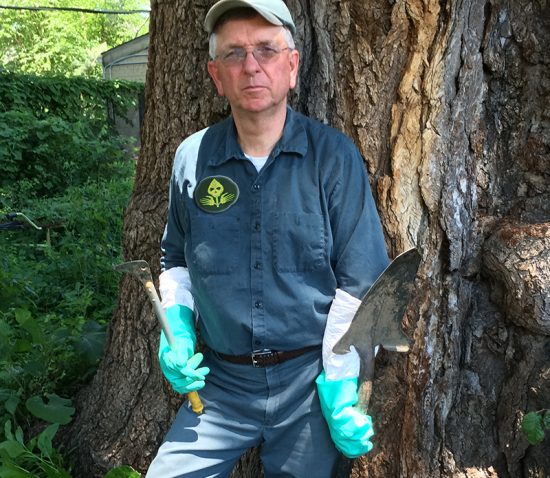 In a recent email, Umar explained how he first got hooked on poison ivy. “I saw the poison ivy line drawings in the Boy Scout manual and compared the drawings to the plants [I saw while at scout camp]. I got confused and energized because the drawings looked nothing like the live plants…the details were all off. That got me looking to truly identify poison ivy and also rethink my blind faith in books.”

And, if you’re looking for poison ivy trivia, Umar is hard to beat.

Here are a few examples.

Have you ever wondered how many poison ivy seeds might mature on a four-year-old plant? A few years ago Umar counted 26,472 seeds. He told me a 35-year-old plant could potentially produce 500 pounds of seed. At least 50 species of migrating and overwintering birds feast on the seeds. 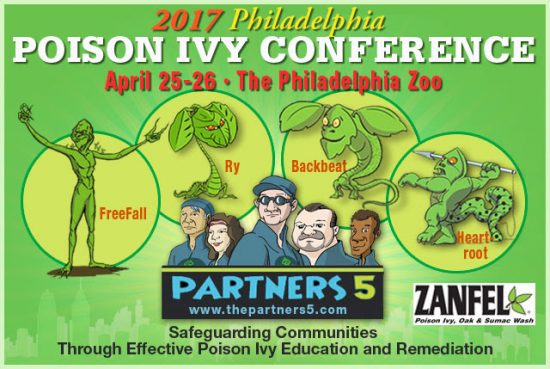 Umar is a serious student of poison ivy. “Nobody has dug as many poison ivy plants as I have,” Umar said proudly.

You should keep Umar’s website handy when poison ivy comes creeping around.

No one wants to teach others, especially children, about poison ivy more than Umar.

You can meet Umar and others with the same itch later this month at the 5th annual Poison Ivy Conference.