If I ever go on a European garden tour, I’ll choose one that features gardens that are interesting to American gardeners and designers and about gardening today, not the usual tour of gardens that are over 100 years old.

It might be a tour designed and led by garden designer Carolyn Mullet,  especially the one she calls Piet Oudolf and  Dutch Wave Gardens. Here’s the lucky bunch on last summer’s inaugural tour.

Writer Helen Yoest was one of the lucky tour-goers (seen standing in the photo to the left of Piet Oudolf) and raved about it in this blog post and this one, in which she explains the Dutch Wave movement and its connection to prairie fardens, meadow lawns, and similar naturalistic styles. She devoted a whole blog post to Oudolf’s own garden.

Helen emailed me to add that “What was especially interesting about this tour was that it was a Dutch Wave Movement root-tracing tour…The highlight of the trip was visiting Hummelo and meeting Piet and his wife Anja. 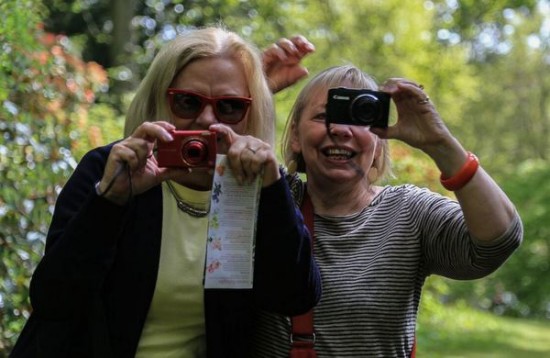 “Carolyn is awesome to travel with. We had the time of our lives.”

Yeah, THAT kind of tour.

Portland blogger Scott Weber was also on the tour and apologized in advance to his blog readers for being “gushing, hyperbolic and wistful…these are gardens that inspire such reactions.” Read all that and more here and  here. 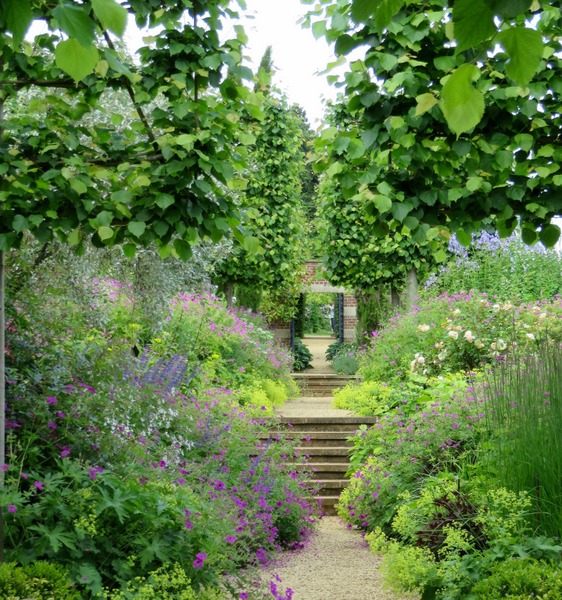 Another tour that Carolyn led last year and is repeating in 2016 by popular demand is Chelsea Flower Show/London and Country Gardens. 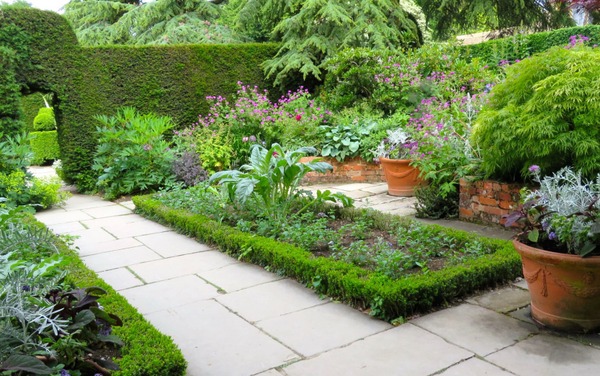 That tour group also included a blogger – James Golden of Federal Twist – who wrote me that he “had a great time on Carolyn’s tour and was very happy with the selection of gardens.” Check out his photos of Hidcote photos in this post and his photos of Rousham on this post. 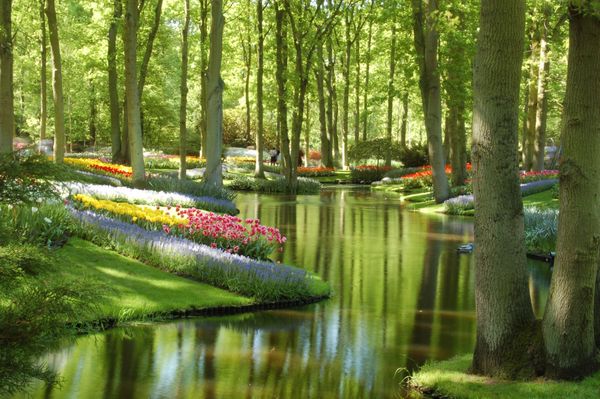 So how does an American designer know how to plan European garden tours? By partnering with a European garden-tour packager, someone who’s been doing that for 35 years. They pool their garden ideas, with his suggestions focusing on what works logistically and many of them being rejected by Carolyn as not interesting enough. She also keeps a running bucket list of gardens she’s found and shared to her nearly 1.4 million Facebook followers.

Seems the tour-goers are an interesting bunch, too. Carolyn tells me the first two groups included regular gardeners, a docent at the NY Botanic Garden, Master Gardeners, designers, a professional gardener eager to learn maintenance-lowering design ideas from Oudolf, bloggers, and writers.

This year Carolyn is adding two more tours. In April, Dutch Tulips and Amsterdam in Spring and in July, Paris and Normandy Gardens in Summer.