Now it’s happened! President Kirk Brown has announced that there’s a new team in charge, as of the first of this year.

GWA’s new executive director is Maria Ungaro, who’s also served as executive director for, among other things, The Content Council and New York Women in Communications. I got to meet Maria recently (at this trade show) and in a follow-up asked about her background. She told me that her parents immigrated from Ireland and Italy to the U.S., and the family had a “nice-sized vegetable garden” and made their own wine and tomato sauce. She attended college at Fordham, just across the street from the New York Botanical Gardens, and as she tells it, “the gardens were a constant source of solace for me, a great place to clear my head.”

Rejoining, and Traveling to Atlanta

Rejoining is easy enough but for this homebody, the big deal is that I’ve committed to attending the next national symposium this September in Atlanta. I’ll be attending not because I need help advancing my garden-writing career; I’m happily retired, now just doing what’s fun.

I’ll attend because I want to support the organization and be a part of the revolution it’s experiencing. Plus, I suspect I’ll enjoy myself, as I have at previous symposia I’ve attended in Portland, Raleigh and Pittsburgh.

What took so long? 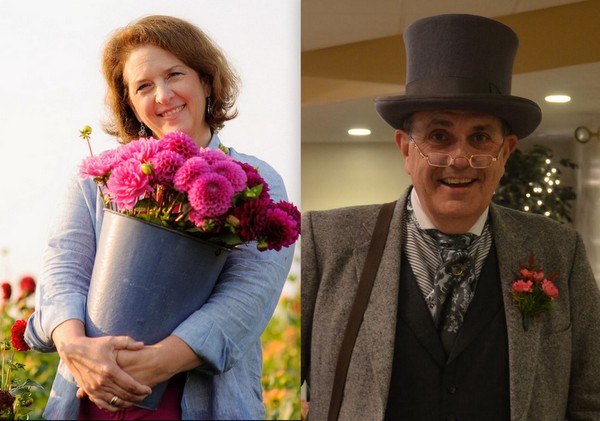 Now to answer the question I have to ask – why DID the same management firm run GWA with a sole-source arrangement for so long – 22 years?

It just takes what it takes, and apparently in this case that means enough members of GWA’s executive committee agreeing to put the management contract out for bid. Former president Debra Prinzing fought for that during her 2011 to 2013 tenure and got a partial but important step approved – having outside expert help with the next renegotiation of the contract, a first for GWA.

After there was finally enough support for an open bidding process, the existing contract was still in effect until January of this year, so Kirk and a volunteer committee were able to take two years to research the needs and then do the search and negotiation. (He recited for me the many steps in the search and selection process and I’ll just report that it was exhaustive and thorough.)

A surprisingly big deal is that the bidding included companies outside the plant world, which Kirk tells me was a “huge hurdle for voting members of GWA’s board.” But he says the winning bidders “know management. Widgets, wingdings and greens are virtually the same in the process that develops a positive bottom line.” GWA is now the only organization in the green industry with management from outside that small world.

Big picture, Kirk writes that “On many levels and across many fronts, Debra and I worked harmoniously through the past 6 years of this transition. I would not be here without the incredible amount of structural work Debra did to effect this opportunity.”

Debra wrote to tell me how hard it is to be a volunteer president while keeping one’s own career afloat and “I can’t tell you what sacrifice Kirk has made to get to this point.” She added that she admires “Kirk and most of the leadership that followed me for doing the very difficult work to change direction and literally save GWA.”

I’ll end by thanking Debra, Kirk and their co-conspirators for their hard work on behalf of garden communicators, and welcoming Maria and her team. Oh, and see ya in Atlanta!