Dining in a Field of Slow Flowers 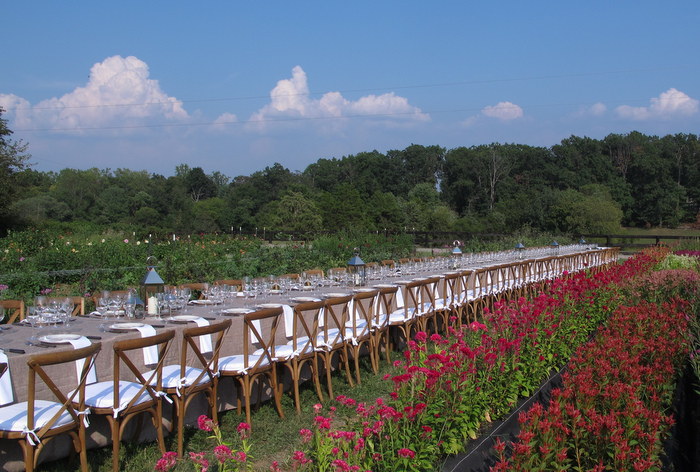 You know those glamorous-looking field-to-table dinners shown in high-end magazines? Well, just take it up a notch, if that’s possible, and you have Field to Vase dinners like the one I got to crash as “press” last week in Gainesville, Virginia. 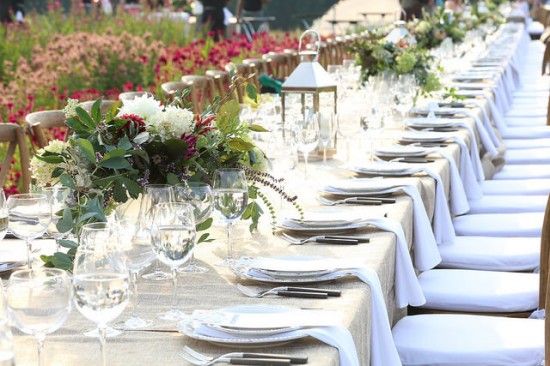 The event was part of a 10-city dinner tour showing off “Certified American Grown” flowers and the farmers who grow them. So in addition to great local food, wine and beer, flowers grown in the fields around us graced the tables. No wonder Food & Wine Magazine called these dinners the “ultimate al fresco dinner party.” I’d call this one magical. 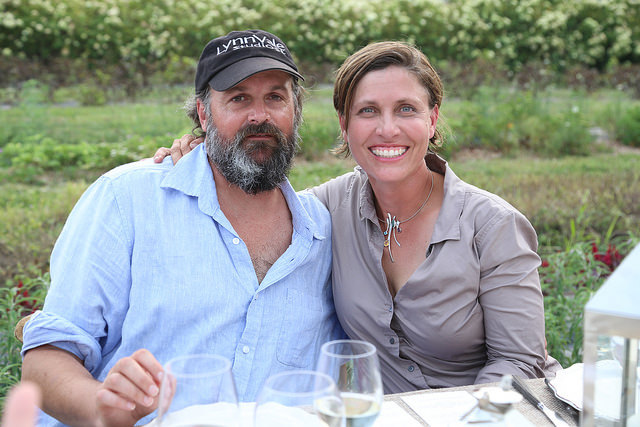 Our photogenic hosts were Andrea and Lou Gagnon at their farm and LynnVale Studio. The 10-acre farm has been in Lou’s family for eight generations – since 1832 – and is surrounded by 100 acres of forest, pasture and corn pastures owned by his mother.

Lou is a former architect, designer, and Disney Imagineer who retired early, moved with Andrea back to the farm. In 2002 they combined his farming knowledge with her design experience to start their business. 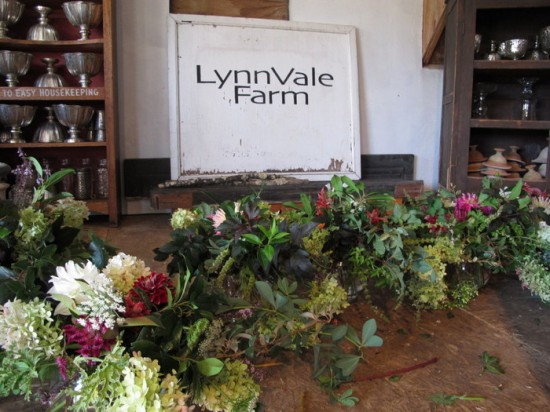 Before dinner Andrea gave us a tour and revealed that it was Celosia that got her hooked on growing flowers and that flower-growing is therapeutic for her – also her gym. Now she gets to grow all of these flowers, including the dahlias and heirloom mums we saw in hoop houses, and countless zinnias – the farm’s “mainstay.” She’s “in love with scented geraniums” and has been known to supplements what’s grown on the farm by foraging around neighbors’ fields.

The farm sells to lots of “high-end designers” (no doubt!) and will custom-grow for clients. 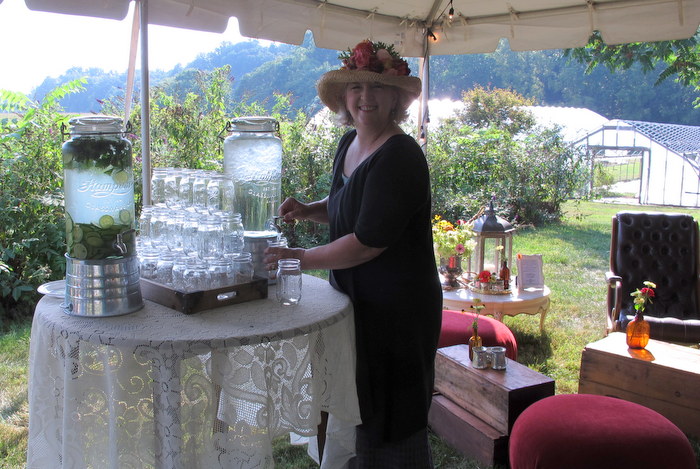 This farm is one of over 100 flower farms  that are “100% Homegrown Certified” and supply the florists, shops, and studios in the Slow Flowers directory of people designing with American-grown flowers. The directory was created by everyone’s favorite slow-flower-pusher, Debra Prinzing, seen above hydrating in style.

Honestly I’d read Debra’s guest rant and a lot of coverage of the cause but hadn’t fallen in love with it until I saw this farm and met the growers. Now I’m a besotted convert.