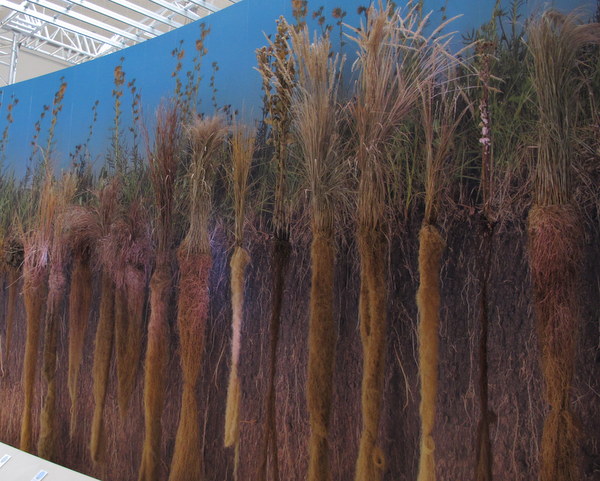 Did you know that this is the International Year of Soils? Me, neither, until I saw an exhibit about the benefits of perennial crops over annual crops, as demonstrated strikingly with plants displayed in all their glory, both above- and below-ground. The plants on display are the work of agricultural ecologist Dr. Jerry Glover, who figured out how to grow hundreds of prairie plants and then extract them in order to preserve and photograph the roots – in long tubes filled with a special medium, and grown in Kansas, has the deepest topsoil of almost anywhere in the world. 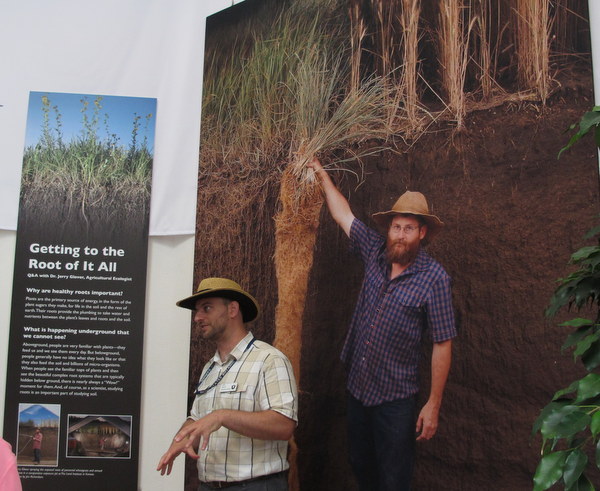 I saw this awesome display of plants, called Exposed – The Secret Life of Roots, at the U.S. Botanic Garden in Washington, D.C.  Also included in the exhibit are images of the plants by photographer Jim Richardson, root-themed sculptures by Steve Tobin, and even an American Roots Concert Series.

I confess that I walk through the building that houses all this regularly and might not have read the signage closely enough to realize how cool it all is if I hadn’t taken the special Director’s Tour, which covered not just this exhibit but took us beneath the Conservatory to see the humongous infrastructure that keeps the plants alive and well. (Dr. Novy gives half-day tours monthly – here’s the full schedule of events.) 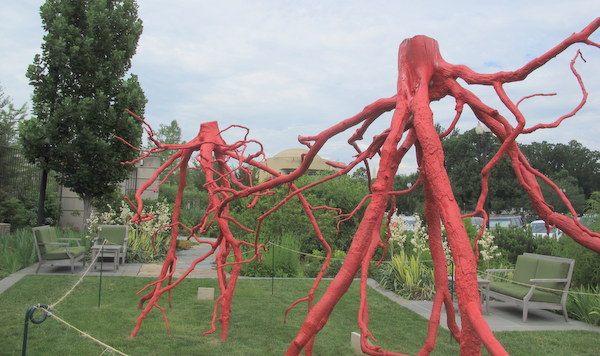 The National Geographic has also covered Glover’s research and explains the big deal about perennials over annual crops on its website.

Nearly 70 percent of the Earth’s farmland is planted with annual crops (wheat, corn, rice) that must be planted from seed every year.  According to Glover, “That requires tremendous amounts of time, effort, and expense because annual crops species aren’t very effective at capturing water, nutrients, and sunlight. Over half of the nitrogen fertilizer farmers spread over fields escapes below the crop roots or runs off the farm field.

But annual crops have been intensively bred to produce enormous yields, while perennials, not so much. That may change, with increased awareness of the benefits of perennial crops: 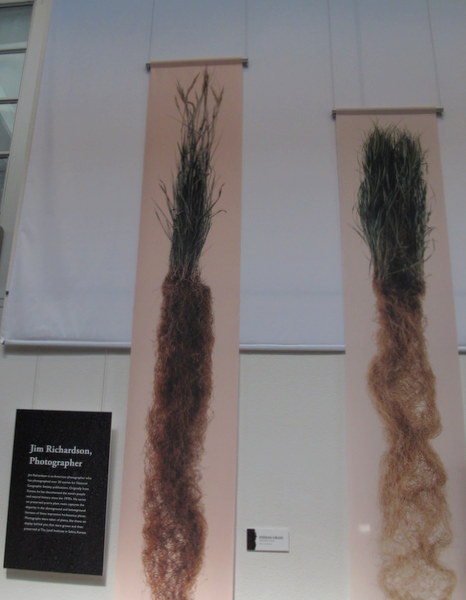 they reduce erosion, make better use of rainfall, don’t require annual cultivation, and reduce weeds and  the need for herbicides.

According to one source, “Seed suppliers, such as Monsanto, have a vested interest in annual grain crops since these crops require seeds to be purchased every year. And there is competition for limited federal funding for research, much of which is currently invested in improving the characteristics of annual crops. The USDA is financing some initial research into the genetic basis of perennialism and developing the genetics for breeding perennial crops, and has asked Congress for $1 million in fiscal 2012 for perennial grain or sunflower research at its own labs.”

So, things may be changing.

You can see Exposed – The Secret Life of Roots through October 13 at the U.S. Botanic Garden.