Q&A with the man for woody plants—Michael Dirr 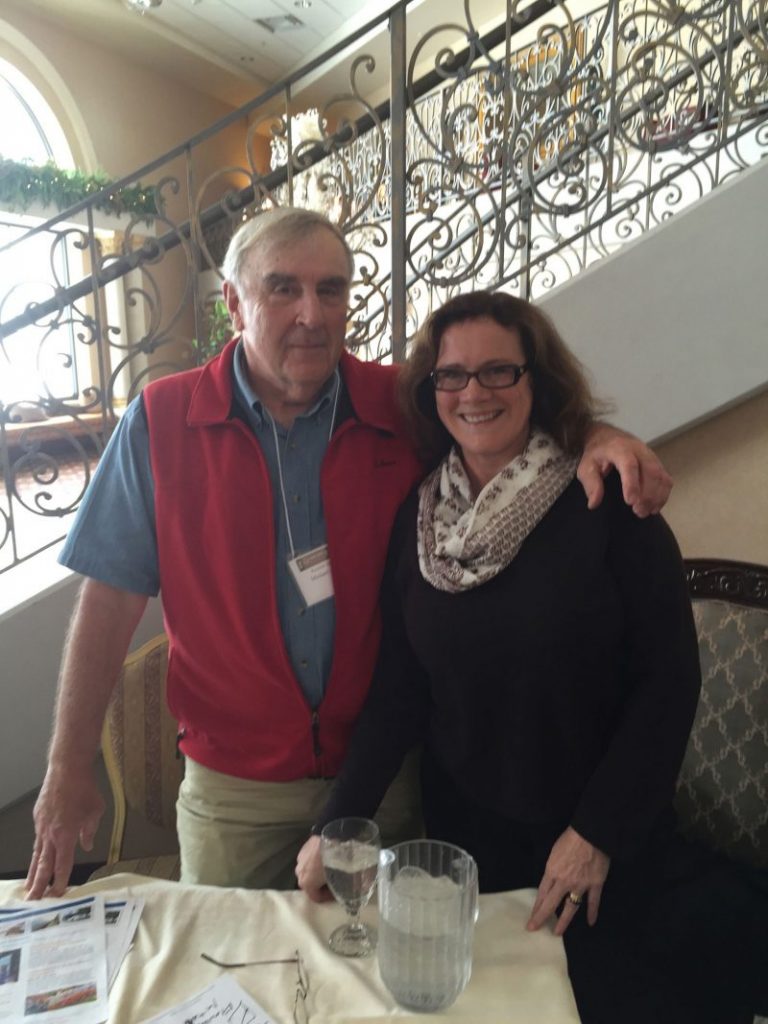 The true celebrities of the world of horticulture don’t appear on HGTV or gladhand  at home and garden shows. They’re busy discovering new plants, undertaking research projects, and writing the reference books that form the backbone of every serious gardener’s library.

I knew that Michael Dirr was considered the foremost authority on trees and other woody plants, and I own his Encyclopedia of Trees and Shrubs. But I didn’t realize how  revered he is among garden professionals until I saw him at a Plant WNY event trade show and education day here in Buffalo.  He delivered an inspiring keynote address about noble trees, and spoke later about new hybrids in the world of shrubs. Dirr promotes the planting of large shade trees for all the benefits that we know about, but I was most interested to hear his recommendations of trees that would add  to the diversity of our urban and suburban tree canopy, helping to compensate for the species we’re losing to pests and diseases.

Dirr’s breeding program has introduced over 150 plants, many of them hydrangeas, which, despite the breeder’s love of trees, have made the biggest impact on American consumers. But he continues to advocate for noble trees and consults for arboretums throughout the country. He spoke at length about his association with businessman Roger Milliken, with whom he planted thousands of trees throughout South Carolina.

Although I had contacted Dirr via email about a possible interview, it was almost impossible to get near him.  Eventually, however, we were able to get a few questions answered in between his book signings. I also spoke to Bonnie Dirr, an artist who has done illustrations and paintings for many of her husband’s books and helps him tend their personal garden in Georgia. Here are some excerpts from those discussions:

What trees are being overplanted by homeowners and developers?
Bradford and other Callery pears, and too many lousy maples.  Bradford pears, in particular, have reached epidemic proportions. I was once a proponent but am now sickened by what I see in the eastern and southeastern US.

What trees are being underutilized?
Any oak. Bonnie and I discovered an upright-columnar swamp white oak, Beacon (Quercus bicolor x Quercus robur ‘Fastigiata’), that features bronze new growth turning lustrous dark green and a beautiful yellow in autumn.  It’s really tough too—thrives in wet soil.
And how do you beat the Tupelo (Nyssa sylvatica)? We have a small tree in the garden and the fall color is a beautiful glistening red.
I also love the new plane trees (Platanus x acerifolia) and Kentucky Coffeetree (Gymnocladus dioicus). It looks gangly in youth but matures beautifully with great winter bark.

If you had to pick one hydrangea above all the cultivars you’ve been testing, which would it be?
For macrophyllas, Bloomstruck. Here’s the deal—it went through 50 days of minus F in Minnesota and flowered like a petunia throughout July and August. For arborescens,  the Incrediballs  have strong stems. For quercifolia, “Munchkin,’ ‘Ruby Slippers,’ and many others.

Bonnie Dirr talked to me about the Dirr home garden.

How did you amend your garden for planting—tilling or building up?
We bring in manure and compost, and dig it in for the hydrangeas. For the perennials we add, but in some areas we had to use a pickaxe to get through the red clay. Michael digs and mulches; I mostly prune and water—we use spray stakes and drip irrigation wherever we can.

Aren’t you adding to your garden at a time when many would be downsizing?
He knew the developers would cut down the Nyssa next door, so he bought the lot—originally we had an acre, now it’s three and a half. We find peace in the garden. Even as students, we always had a garden.

And which are your favorite plants?
I ‘m a paniculata fan; I love how they change color. I also love Japanese maples, and I’ve come to appreciate euphorbia—they’re interesting.

Smaller associations like Plant WNY do not always have the resources to bring in big names like Dirr, but it’s essential that they do so whenever they can. Dirr’s recommendations and enthusiasm will filter down through the landscapers and nursery people of Buffalo to their clients and customers. The result is more intelligent planting and maybe even more noble trees.