The High Line in Person 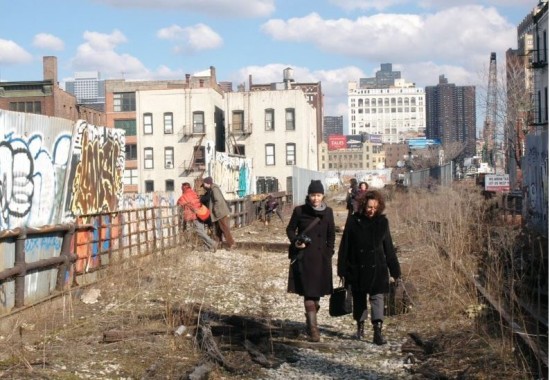 Last week I finally saw the world-famous High Line Park in NYC and, like everyone with a pulse, I loved it.  And unlike some scolds complaining about gentrification and the high maintenance costs, I have nothing bad to say about it.  I’m even more impressed with it after finding the “before” photo above on the website of its plant designer, Piet Oudolf.

So no ranting from me, just a few of my favorite spots. 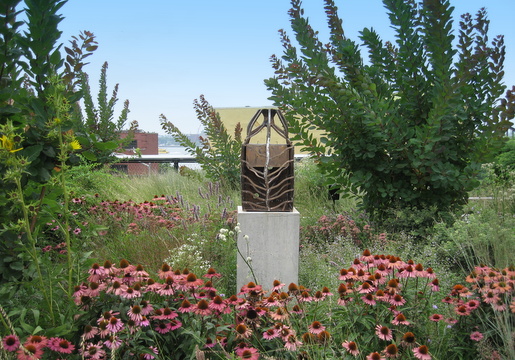 Not just plants, but art works, too. 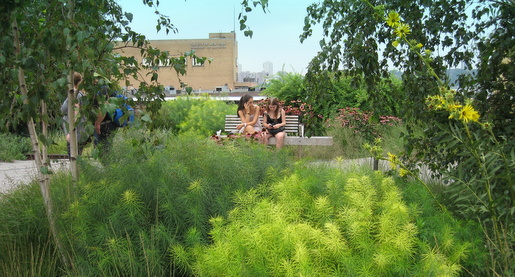 There were so many billowing Amsonia hubrichtii, I might have to come back and see them in their fall glory – orange. 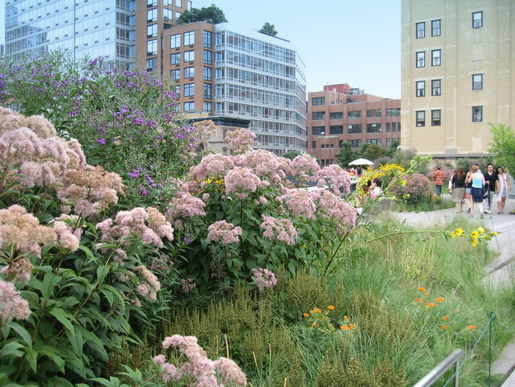 Oudolf chose primarily plants native to the Eastern U.S., though not exclusively, and not just the species.  Above, what looks like ‘Little Joe’ Joe Pye Weed or a similar shorter-than-species cultivar. 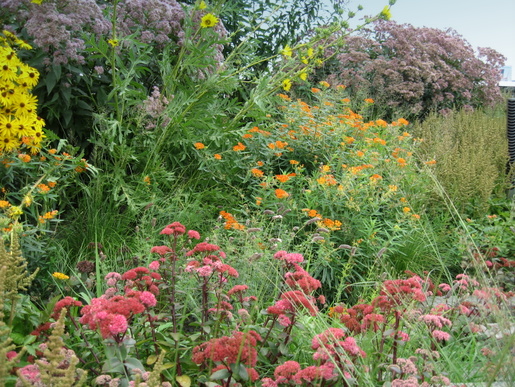 Sooo much blooming in early August!  Besides Sedums, Joe Pye Weed and Butterfly Weed, what else?

Hydrangeas offer a nice contrast to the sweeps of perennials. 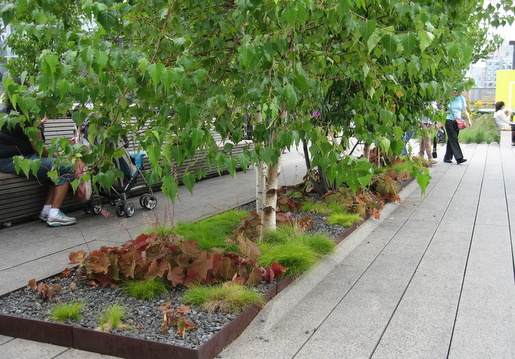 I find this under-tree treatment very classy – the black pebbles, the bronze Heuchera and some feathery ornamental grass –  maybe Stipa?  Update: Thanks to Thomas Rainer for identifying this grass as Carex eburnea, not Stipa. 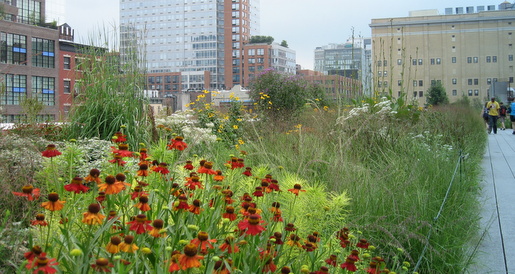 Even looks terrific.  Thanks to two commenters for identifying this plant as Helenium autumnale. 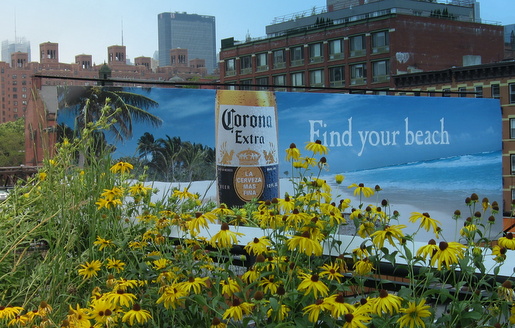 Black-eyed Susans against the backdrop of a billboard telling us we need to fly off to a Mexican beach to find a touch of heaven.  I think not! 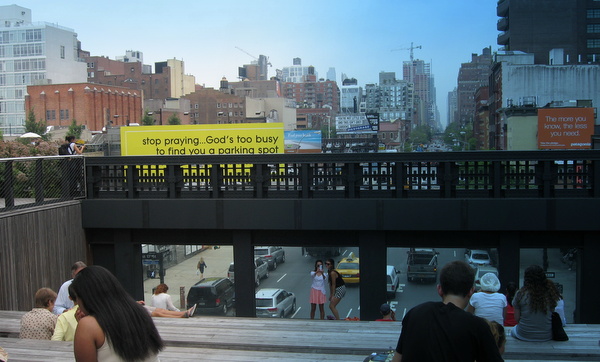 I can’t resist sharing this billboard, seen from the popular, street-view bleachers. 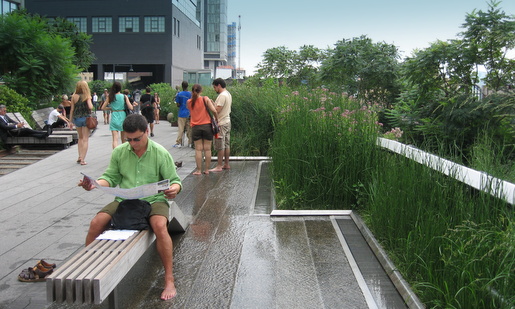 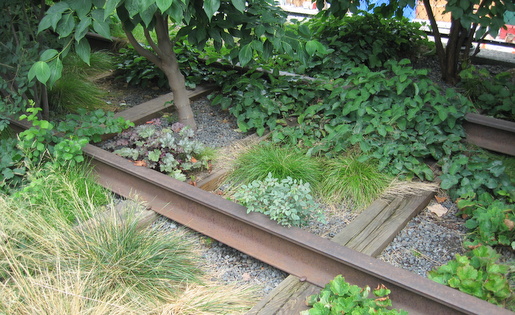 The designers made sure to retain elements from the original historic freight line. 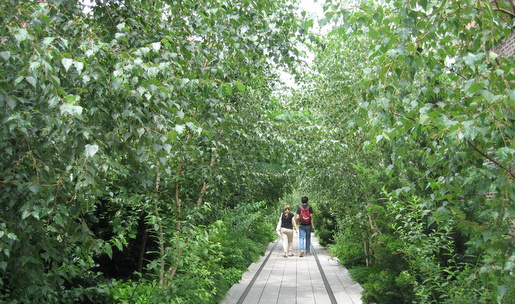 And it’s not all perennials – there’s a good-sized grove that refreshes in the August heat.

What surprised me the most about the High Line is this stretch of lawn – and how useful it is.  Nowhere else in the park could kids be set free to run around as they are here.  Plus, the lawn is calming, a nice contrast to all the plant exuberance in the rest of the park.

If you go, stroll the park like I did or click here to check for special events.  They include community dance parties, stargazing, and an early morning “Wild High Line Tour.”  All fabulous.

The High Line is such a roaring success, with locals and tourists alike, that other cities want one of their own – plans are under way for Chicago, Philadelphia, Jersery City and St. Louis.  Actually, Paris started the new craze with its Promenade Plantée in 1988, according to this writer, who describes its landscaping as traditional, unlike the “relentlessly hip” High Line.  Well, if this is relentless hipness, I say bring it on!

Photo credit for “before.”